REVIEW: A Symphony of Nostalgia and New Elements Await You In Bloodstained: Ritual of the Night

A wildly laid out castle, swords, and whips? These seem familiar. 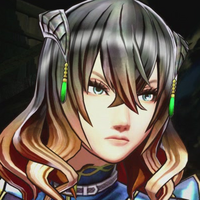 One of the biggest games to ever hit a crowd-funding platform has finally seen its release. Former Tokimeki Memorial writer and the man who revitalized the Castlevania franchise, Koji Igarashi’s spiritual successor to Castlevania: Symphony of the Night has arrived in the form of Bloodstained: Ritual of the Night. Going into Bloodstained, the big questions are does it hold a candle to Iga’s previous Metroidvania games, does this game revitalize that genre or showcase Iga’s talents, and does it break free from the crowd-funding curse that has plagued other highly backed games? In order to find out, we’re unfortunately going to have to stain ourselves with blood, maneuver our way through a castle that must’ve been built by an incredibly eccentric architect, and choose between a sword or a whip as the demons of the night are standing in our way. 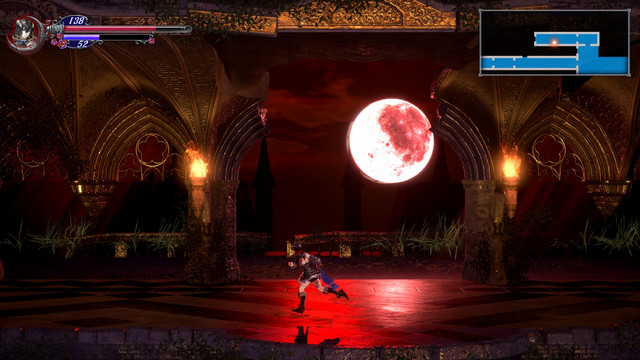 Creating the successor to what some people say is one of the greatest games of all time can’t be an easy task. Do you just make a carbon copy or do you try to take the original concept and revise it for the modern era? Thankfully, Bloodstained does the latter. There’s a wide variety of quests to complete that involve finding equipment, defeating certain amounts of enemies, and just plain old cooking. The story utilizes its 2.5D art style to create cutscenes that take advantage of going from the 2D perspective to 3D. Plus, there’s a variety of bonus modes once you finish the game and more to come later with DLC.

But while this game brings forth modern enhancements, the key aspect that you’ll immediately want to know about when booting the game up is whether or not the gameplay is as tight as you remember. And once you’re given control, it’s easy to see that it actually is. From being able to backdash, attack immediately after landing from a jump, and having precise control over Miriam, Bloodstained recreates the familiar, comfortable feel of past games. And that's great, because if all it had to offer was a brief rush of nostalgia, it would be in trouble. 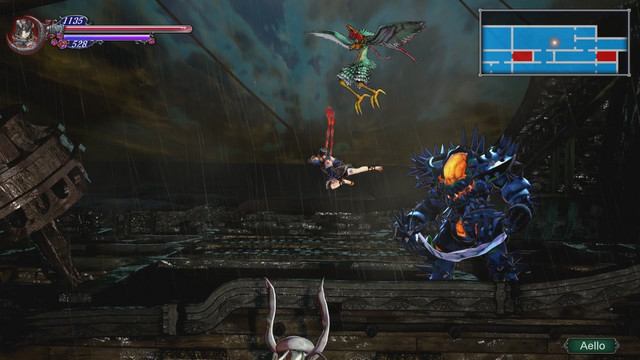 The classic feel is extended toward exploration and discovering the hidden secrets of the castle. There’s numerous walls you’ve got to break open to reveal health, mana, capacity upgrades, or entire new areas. Certain areas will need specific upgrades that you’ll gain over the course of fighting bosses and exploring, and every new area gives you a good sense of progression along with a helpful item or ability that’ll allow you continue further on. At times it may feel a bit obtuse with where you should go or what you need, which for some players might be frustrating, but others will love that sense of poking and prodding through the castle.

Of course with a spiritual successor to Symphony of the Night, there needs to be a smorgasbord of weapons, and you'll find that here. From multiple sword types, to whips, to spears, to axes, each has different attack powers and speeds that give you the ability to attack however you want. Couple this with the shards you get that multiply the amount of play styles available, and it becomes even more customizable. These shards typically give you magic attacks or ones that would resemble sub-weapons in other games, but the catch is that they’re ramped up to the next level with how many there are since pretty much every enemy you encounter can drop a shard and give you a new ability. 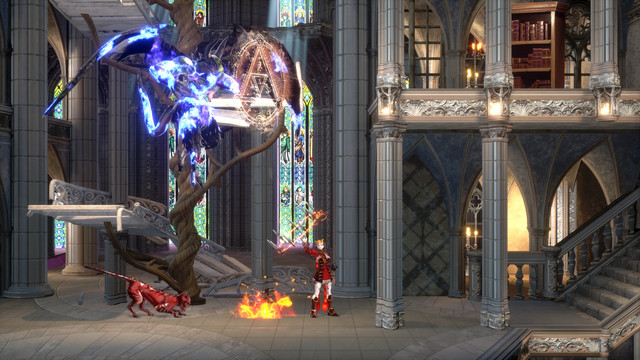 The creators of this wild castle really pulled off their best work in order to make this all come together. Each area usually follows some sort of gimmick from a fire area, to an ice area, to towers, to an underground water level. The biggest surprise is there’s a late game area that reminded me of Super Mario Land 2, which is not something I would have ever expected. Yet here it’s smartly implemented and fun to traverse, as it switches up the rest of the game's flow.

Unlike other prominent Kickstarter games that have come out, it’s hard to argue that Bloodstained isn’t a good game. However, that doesn’t mean it’s without flaws. Parts of the production value, including menu elements and the user interface, seem less than ideal. It’s the kind of design you’d expect out of a $10 - $15 game, not one that’s $40. Sure, it could be seen as a classic look, but instead it comes off as generic, which is unfortunate since other parts of the package look great. 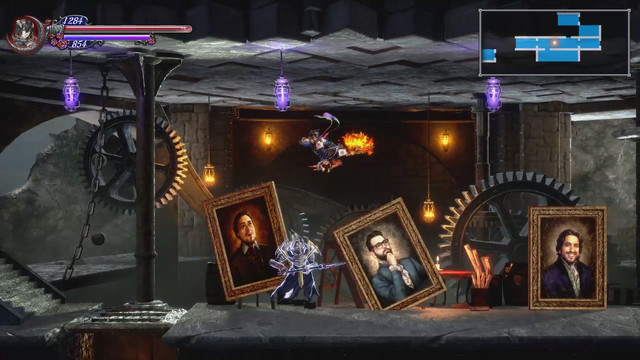 The biggest issue Bloodstained has so far is its performance issues. For clarification, we reviewed the PS4 version of the game, which had framerate issues randomly at times and during certain bosses. And the Switch version is having even worse reports with its performance. At the time of this writing, the developers are working toward improving these issues on Switch and elsewhere via patches, but they are still currently prevalent. On a base PS4, the framerate drops weren’t something that held back my enjoyment of the game, but if you’re on the Switch, it might be worthwhile to pick the game up elsewhere or wait for these performance-improving patches before purchasing.

Bloodstained doesn’t reinvent the wheel when it comes to Metroidvania games, but it showcases that one of the innovators of the genre still knows how to make a very good game. It has enough new elements and enhancements to gameplay and playstyle to make it modern, while also giving you the twinge of nostalgia you’d want from this project. Hopefully the performance issues are eventually ironed out as then the game will truly be able to shine. Just don’t go out and try staining yourself with blood for real after you finish it. That stuff is hard to wash out.

+ Classic gameplay with a modern twist

+ A good mix of nostalgia and new

+ Lots to explore and many secrets to find

- Elements of the menu and UI look less than stellar

Was Bloodstained: Ritual of the Night the return to form you were expecting? Is this your first game in this genre? What kind of weapons and shards were you rocking in your time with the game? Let us know in the comments below!

Do you love writing? Do you love anime? If you have an idea for a features story, pitch it to Crunchyroll Features!
Tags
bloodstained, bloodstained ritual of the night
« Previous Post
Offsite and Bringing the Fun - Crunchyroll HQ is Back at Anime Expo!
Next Post »
Kuon Character Trailer Kicks off Seven Days of New GRANBELM PVs
Other Top News
5 Comments
Sort by:

Bloodstained's Miriam Links Up with Blasphemous in Crossover