The Future is Now: 30 Years of Patlabor the Movie

If you're not familiar with Headgear's Mobile Police Patlabor, here's the elevator pitch: in the near-future, advances in robotics technology give birth to “Labors” - mass-produced, human-piloted robots that revolutionize the construction industry. This spurs a huge economic boom in Japan as the public and private sectors employ thousands of Labors for massive civic engineering projects, such as transforming entire sections of Tokyo Bay into reclaimed land for real estate. 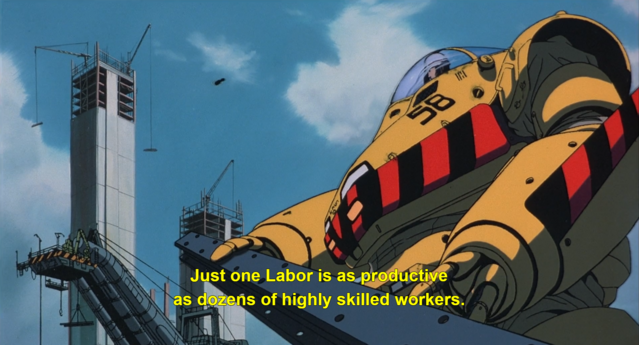 As with any revolutionary paradigm shift, the arrival of Labors has unintended consequences. Soon malcontents from all walks of life (disgruntled employees, career criminals, eco-terrorists, etc.) begin using Labors to commit all manner of major and minor crimes.

In response, the Tokyo city government unveils a new police unit dedicated to investigating and discouraging Labor crime: the Tokyo Metropolitan Police Department Special Vehicles Section (also known as the “Mobile Police”). The citizens of Tokyo can rest easy knowing that the highly-trained members of Special Vehicles Section 1 are ready to keep the peace with the help of their specialized “Patrol Labors” (hence “Patlabor”). 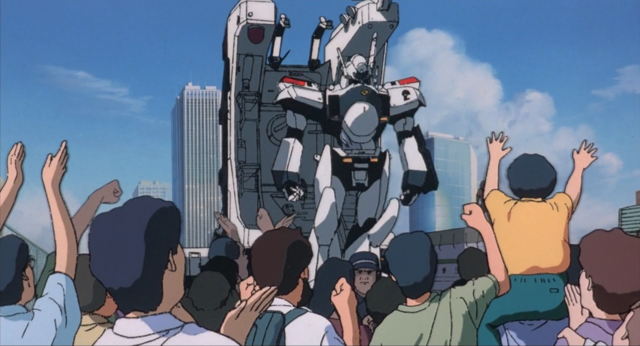 This sounds like a typical set-up for a mecha anime crossed with a police procedural, but here's the twist: Mobile Police Patlabor doesn't focus on Special Vehicles Section 1. Instead, it tells the story of Special Vehicles Section 2 (also known as SV2 for short), the back-up squad comprised of all of the losers, misfits, and rejects who couldn't make the cut for Section 1.

Overworked, under-staffed, and unpopular with the tax-payers, SV2 is banished to a strip of reclaimed land in the middle of nowhere. There they spend more time filing paperwork, fishing, tending tomatoes, cutting grass, and ordering Chinese take-out than they do fighting Labor crimes. Even in the future, gainful employment is hard to find. 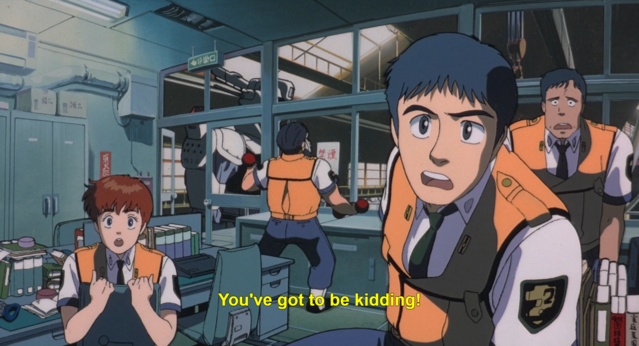 Spanning two OVA series, a 47 episode TV series, three theatrical anime films, a live-action TV series, a manga and more, Mobile Police Patlabor is a sprawling franchise. It excels at both serious character drama and situational comedy, and some of its finest qualities are distilled into Patlabor: The Movie, a 1989 theatrical anime film directed by Mamoru Oshii, written by Kazunori Ito, and featuring animation production by Production I.G and Studio Deen.

As a director, Oshii has carved out a reputation for being a big thinker with visually stunning and philosophically dense films such as Angel's Egg, Avalon, the Kerberos Saga, and Ghost in the Shell. Less well known is Oshii's irreverent sense of humor, which he displays in works such as Urusei Yatsura, The Fast Food Grifters, and of course, Mobile Police Patlabor.

At first glance, Patlabor: The Movie seems like a less serious, more comedic entry in Oshii's filmography, but a close viewing reveals a film full of Oshii's trademark religious symbolism, skepticism towards authority, and ambivalence in the face of relentless technological progress. 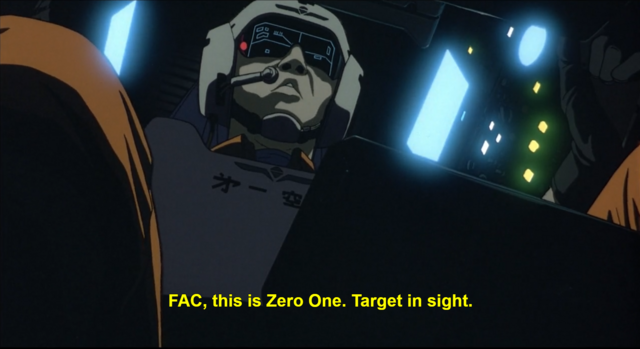 Patlabor: The Movie begins with a simple premise: when the release of a ground-breaking Labor operating system coincides with a bizarre string of robots going berserk, the members of SV2 suspect that the software's brilliant but elusive programmer has deliberately sabotaged thousands of Labors in an act of religiously-motivated terrorism.

The truth proves difficult to uncover. The mysterious programmer, Eiichi Hoba (nicknamed “Jehovah” by his peers at M.I.T.), has already committed suicide and Shinohara Heavy Industries – the software's developer – is quick to deny any malpractice in order to protect their economic interests. Even the police and local governments seem more concerned with maintaining consumer confidence than preventing disaster, forcing SV2 to step outside the law in an effort to minimize the damage. 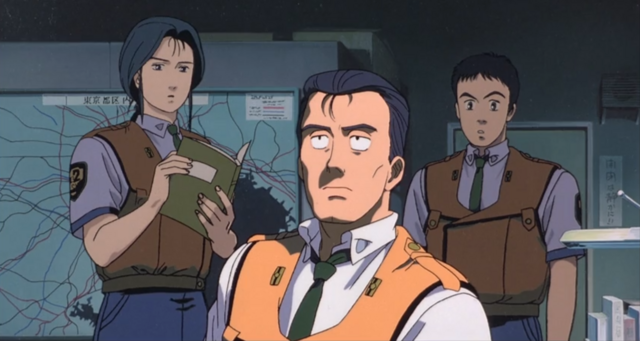 Oshii's films have a singular obsession with the machinations of state force. His movies are filled with heavy ordinance, military helicopters, tanks, and firearms of all shapes and sizes. But despite leaning heavily on the aesthetics of these war-machines, Oshii maintains very humanist sensibilities, and Patlabor: The Movie views authority through an extremely skeptical lens.

The heroes are low-level civil servants who get by with guts and brains, while the antagonists are faceless corporations ready to screw over the public in the pursuit of profit and stuffed-suit politicians who compound the problems through a combination of complicity and a nigh pathological inability to act. As a result, Patlabor: The Movie feels powerfully relevant, even thirty years after its initial publication. 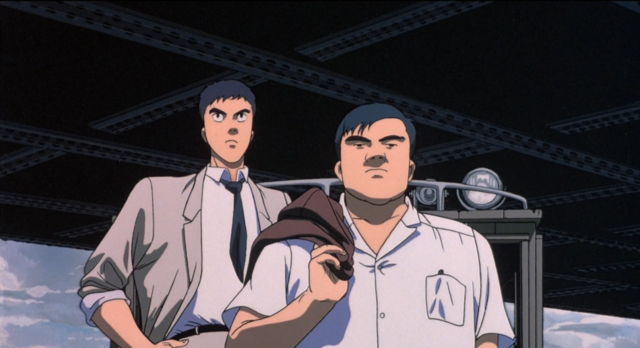 Like other Oshii films, Patlabor: The Movie explores matters both mundane and metaphysical through its allusions and religious imagery, evoking Old Testament stories about the fragility and foolishness of humanity. Note to future architects: perhaps it's a bad idea to christen your incalculably expensive projects with titles that call to mind the destruction of the Tower of Babel, the Great Flood, or an ancient city with a reputation as sullied as that of modern day Las Vegas.

Patlabor: The Movie is equally ambivalent about the breakneck speed of technological progress. While modern companies and governments rush to adopt the latest, hottest Labor software, a pair of detectives investigating the programmer's suicide traipse through landfills stacked with abandoned relics of modern life. Meanwhile, cutting edge robots labor among ramshackle slums stacked full of wooden buildings constructed during the Showa Era.

It's a stark contrast, and a not-so-subtle reminder that while technology surges heedlessly into the future, human culture struggles to keep up. 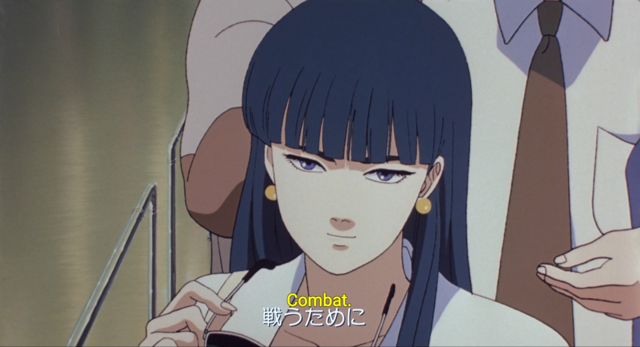 Even if you're not in the mood for a deep dive into the film's imagery and themes, Patlabor: The Movie is still a meticulously animated and action-packed film, with a strong blend of political intrigue, pot-boiler detective antics, and giant robot mayhem leading up to a nail-biting conclusion as SV2 storms the humongous off-shore construction facility known as the Ark during a raging typhoon in a desperate attempt to avert disaster. 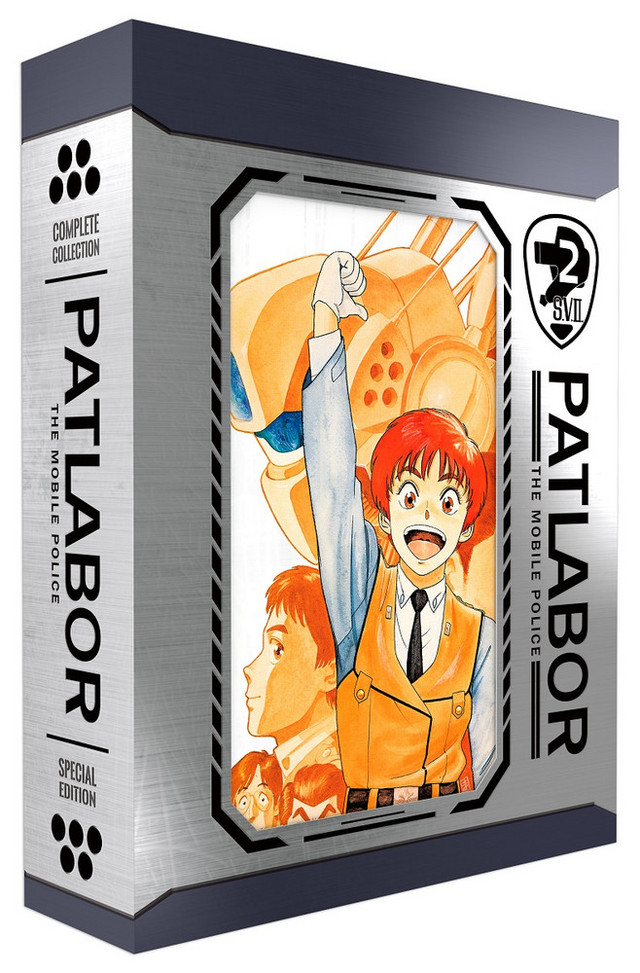 Patlabor: The Movie is currently available on home video from Sentai Filmworks as part of the Patlabor The Mobile Police Ultimate Collection Blu-Ray set, which is released in the United States by their Maiden Japan imprint. The film is also available via online streaming through HIDIVE. If mecha action mixed with humor, humanism, and heart is your forte, then you owe it to yourself to check it out, especially since the series feels more topical with each passing day.

And always remember Patlabor's prophetic tagline: “This is a work of fiction...but in ten years, who knows?”