No One Is Prepared For Tomorrow's Episode Of Black Clover

On Tuesday, everything changes 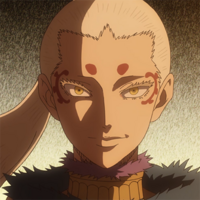 The last few episodes of Black Clover have been pretty nuts, huh? We had the Royal Knights storming the base of the Eye of the Midnight Sun, a group that kind of hates the idea of, well, the whole Clover Kingdom. We get to see more action from Julius Novachrono, the Wizard King who's so calm and unflappable that his whole energy could be described with "You've activated my Trap Card, Kaiba." And the dream of every anime fan that is living, has ever lived, and ever will live came true where, for a little bit, we got TWO Astas: 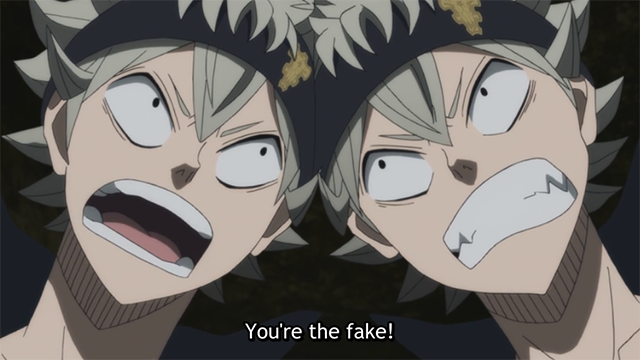 Not only is Asta talented enough to be a part of the Royal Knights but we also get double the Black Clover Best Boy? We are truly blessed.

Oh, and I guess I should mention THAT surprise...

SPOILER WARNING: STOP READING HERE IF YOU DON'T WANT TO BE SPOILED ON LAST WEEK'S EPISODE OR BE SUBJECT TO MY SPECULATION

...William Vangeance (First Captain of the Golden Dawn squad of the Magic Knights) and Licht (leader of the Eye of the Midnight Sun) pulled a "IT'S ME AUSTIN" and revealed that they are two souls in the same body. And now Licht, after giving a very abbreviated villainous speech (Kudos, Licht, for not wasting too much time giving us the standard "Humanity is a disease with no cure" monologue. I get it, villains of the world. The earth is imperfect, the nature of man is pain, We must start anew, etc. Just get to punching Goku), is now attacking Julius. So it's Licht using his Kizaru-esque light magic against Julius' Time Magic, and things have just started heating up. 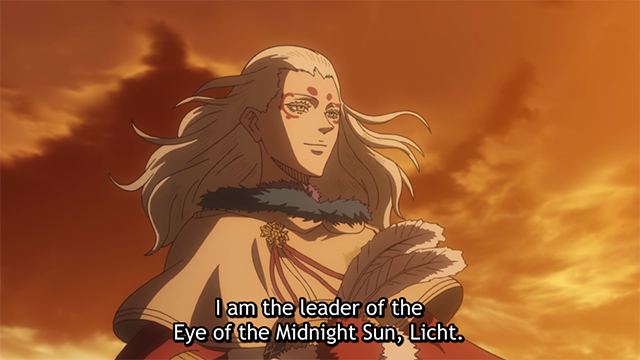 And even with all this, y'all aren't prepared for what's coming tomorrow in episode 93.

Look, I know a lot of people tell us every day that we're not prepared for some kind of entertainment that is to come. It's the best way to get people hyped for anything because you don't know quite what it means. I'm not ready? In what regard?

Do I need to stock up on canned goods and prepare my Black Clover fallout shelter? Do I need to practice emergency anime drills to ensure that my family knows what to do in the case of a Class 5 Black Clover disaster? Or do I just need to make sure that my pillow is extra soft for when I cry big, beautiful anime tears into it later? Well, in the case of what's coming next, make sure to do all three. What, you don't have an anime fallout shelter? Where did you go when L died in Death Note? Or when you discovered Rei was a clone in Evangelion? Y'all need to be prepared in times like these, so grab a shovel, dig a bunker, and fill it with Darling in the FranXX posters and Naruto headbands. 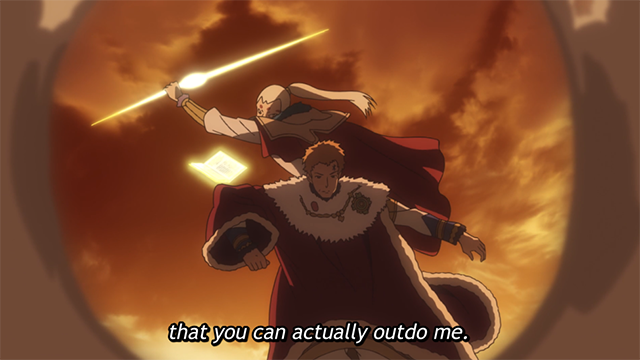 Because what's to come isn't going to just change the plotline of Black Clover. In the current arc, the plot gets changed pretty much every episode. Nor is it going to be a simple "this character promised that they would get stronger." Saying anymore would spoil it. And I'm not about that.

So, let's just take a look at the good times in the past and brace ourselves. Put on some kind of wistful music, like "100 Years" by Five for Fighting or something, to set the mood.

Let's take a stroll through memory lane before Black Clover crushes us entirely. 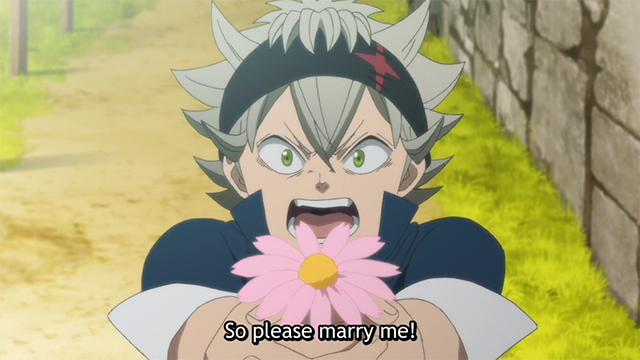 Awww, remember that? When the biggest concern of Black Clover was whether Sister Lily would smile at Asta or just ignore him entirely? I know that, in those days, Asta spent most of his time doing sit-ups in the woods, but it was a simpler time. 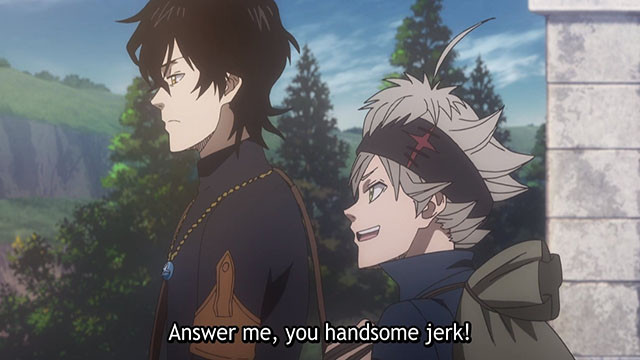 Remember this? It's super relatable. I look like Gollum cosplaying as Ethan Hawke, and puberty hit me like a character customization setting in an RPG, giving all of my points to "Social Awkwardness" and none to "Proper Facial Hair." So "handsome jerk" is how I just describe everyone now. 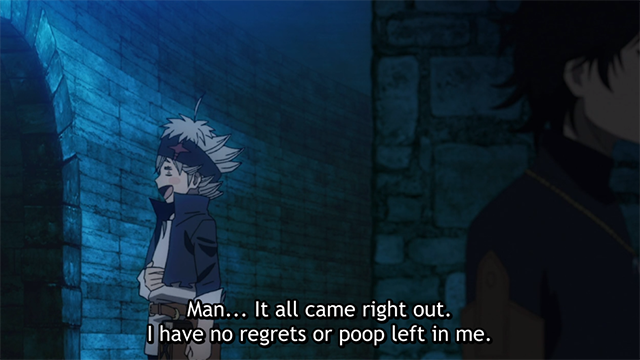 "I have no regrets or poop left in me" should be a popular refrigerator magnet slogan, selling alongside the ones that say stuff like "I have two rules in life: Wine and I forgot the second rule." In fact, any of these quotes would look good on a fridge.

Anyway, what I'm trying to say is revel in the happy memories of Black Clover's past. Cherish them and hold them close. Tell them to your grandchildren around a warm fire and whisper them to your partner before you go to sleep. Bring them up at parties and when someone asks why you're ruining Allison's birthday with Black Clover trivia again, just tell them that once they watch episode 93, they'll understand. Everything changes on July 23's episode of Black Clover, which you can watch, as always, on Crunchyroll.

Are you excited for what's coming next? What do you think of the current arc so far? Let us know in the comments (and don't spoil anything if you've read the manga!)