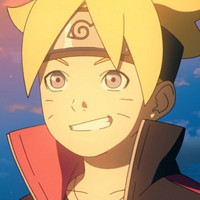 Editor's Note: This is a republication of a feature by Peter Fobian that originally appeared on Crunchyroll News on 10/12/18.

Naruto has always been an underdog story, a nobody who pulls himself out of the dirt, overcoming the prejudice of others and the loneliness of isolation to make something of himself in defiance of common sense and the inexorable laws of the hierarchy of shinobi. Eventually he reaches the top of the ninja world, ending the conflict that paralyzed it, fixing its societal flaws, and becoming the greatest of the Kage. The twin lessons of Naruto were to always reach out to others in need and that no challenge can’t be overcome if you work hard enough. Or at least that’s how it was supposed to be.

While the first message was ultimately a success, the second was sabotaged from the very beginning and ultimately betrayed at the halfway point. Naruto never was and never had been the underdog. His compassion for others who had suffered in the same manner he had was remarkable, a true triumph of the human spirit over his unfortunate circumstances that allowed him to save others, himself, and likely the entire world in the process. But, when it came to the conflicts that ultimately allowed Naruto to connect with characters like Sasuke and Gaara, our hero had a huge advantage. 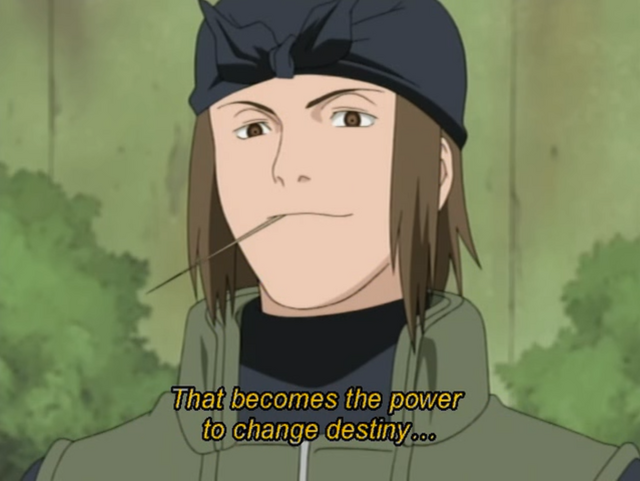 The intended message is inescapable, said out loud in more than a few points. Nowhere was this more clear than during the Naruto vs Neji fight during the chunin exam. Neji, a prodigy and inheritor of one of the worlds greatest clan techniques in the byakugan, simply couldn’t lose to Naruto. Neji shouted as much. Repeatedly. Just as he was fundamentally stronger than Naruto, so was Neji a victim of fate who would also never rise above the circumstances of his birth, or so he believed. His defeat at the hands of Naruto was supposed to show us that these inescapable realities of privilege and power were illusions. That there was no challenge that couldn’t be overcome without sufficient hard work and good old shonen “not giving up.” 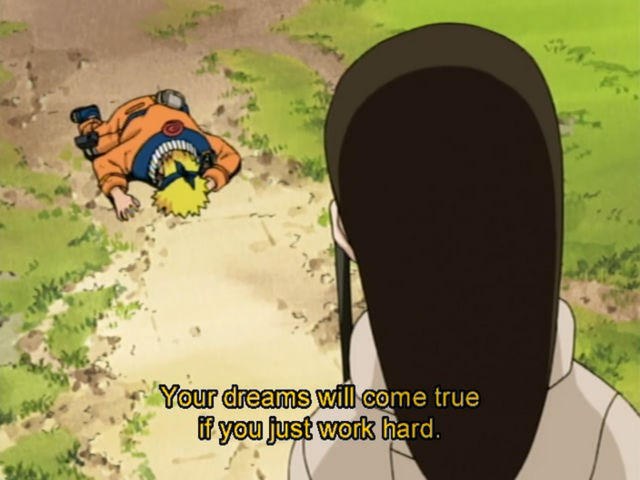 Problem is that Naruto had a massive advantage in that fight, as well as almost every fight he walked into. Being the vessel for Kurama gave him almost unlimited stores of chakra. His entire fighting style relied on being an endless well of the stuff to continue walking armies of clones that no other shinobi could hope to manifest. In this particular fight he would have lost had the kyuubi chakra not allowed him to perform the otherwise biologically impossible task of reopening his tenketsu. Before the series began, Naruto was given a power greater than any of the bloodline limits. Prodigies like Neji and Sasuke were battling against an opponent given a tremendous advantage when they fought Naruto. 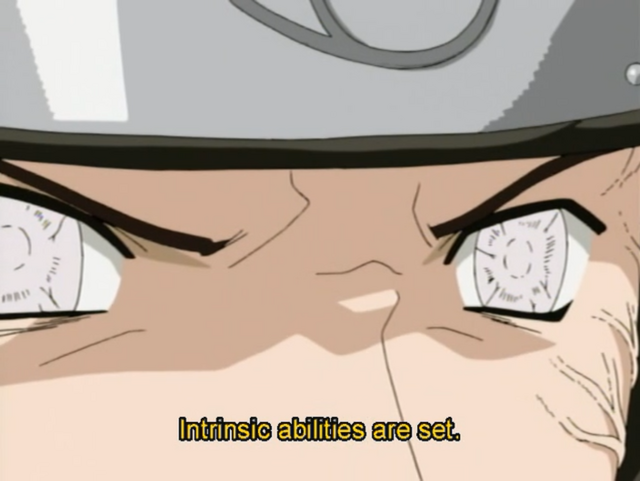 Where put into doubt before, this idea of hard work defeating destiny was entirely betrayed when Jiraiya falls in Shippuden. It’s revealed that, from the very beginning, Naruto had been a child of prophecy. Rather than a nobody who grasped the reigns of destiny to end the great ninja war and save the world, that had always been Naruto’s purpose in the world. He was simply fulfilling the role that had always been intended for him. This revelation undermines all of his sweat and tears, each of his triumphs, and every moment we were told that anyone can be something more if they dedicate themselves fully to their goal and always believe in themselves. 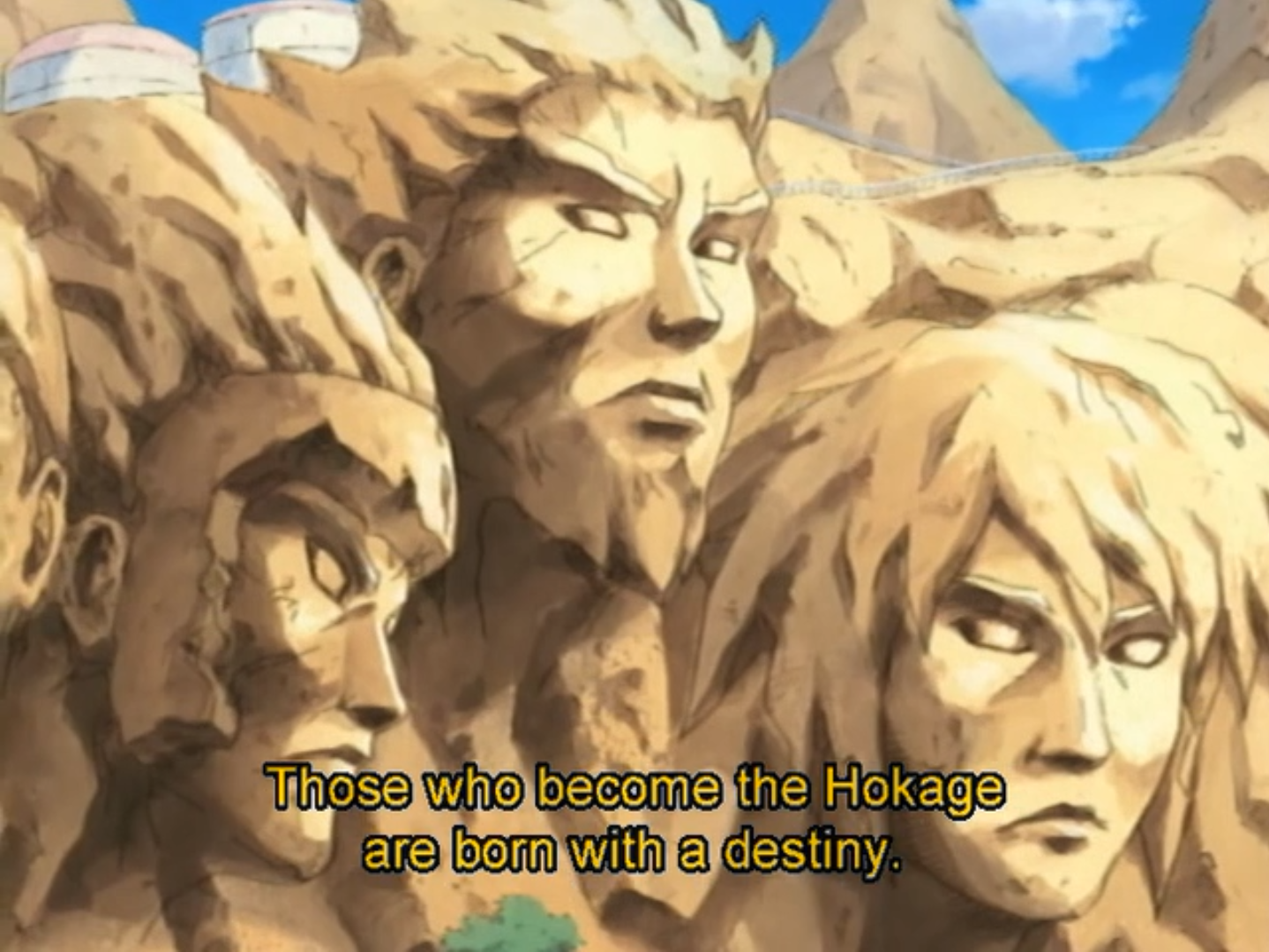 And that’s where Boruto surpasses the message of Naruto.

Boruto makes no qualms about the fact that its hero is exceptional from the first episode. Naruto complains that Boruto has trouble taking lessons seriously because, unlike him, everything comes naturally to Boruto. As the child of the Hokage and one of the most beloved figures in the world, Boruto is the darling of Konoha, receiving personal training and attention from its greatest shinobi. He even has an original mutation of the byakugan that acts as a deus ex machina. That isn’t a complaint by me, it’s literally what the show tells us! 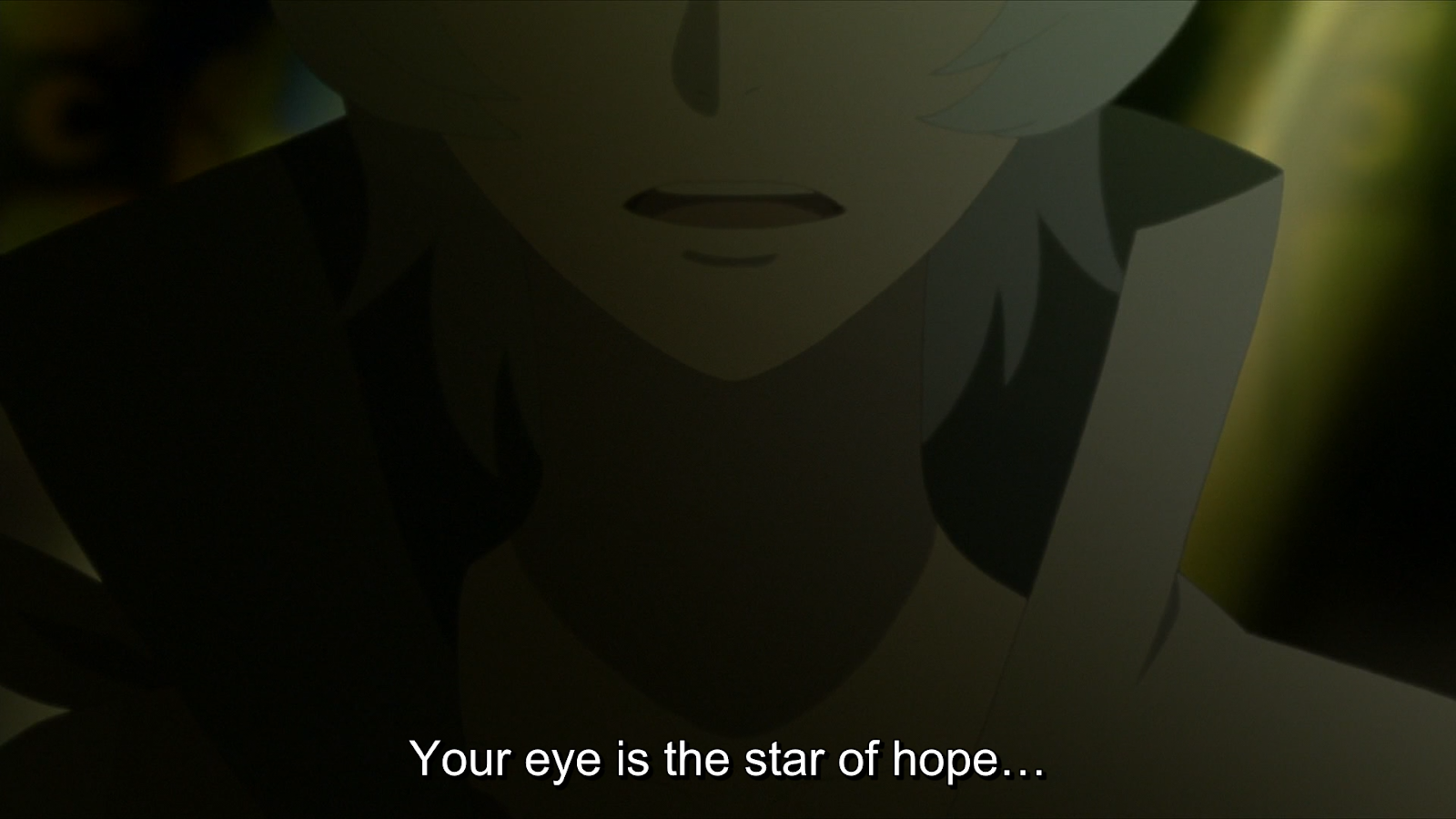 Nothing is beyond Boruto’s grasp. In fact, the series admits that its Boruto’s destiny to follow the same path as his father and save the world from the next great threat that confronts it. This is where the conflict comes in for Boruto. Known as the son of his father and burdened with great destiny, his struggle is in discovering where he exists as an individual with so many aspects of who he is and what he will become already defined for him.

Seeing how much of a burden the title of Hokage is to Naruto and the effects that it has on his family, Boruto rejects the idea of inheriting that role. One of his character conflicts as the students approach their genin exam is whether he truly wants to become a ninja or if he’s just going along with what people expect of him. He’s seen how this destiny has shaped his father and fears becoming the same person with the same flaws. All the same, there is no escape from the role he must eventually play in the coming conflict. His participation is assumed by enemy and ally alike and no amount of rebellion will help when he becomes one of the first targets. Just like his father, Boruto will become a hero, but this time no one will think of him as the underdog. Coming to terms with his destiny despite his fear of what it will make him, is Boruto’s true challenge and it one that’s a lot more honest than Naruto’s supposed rise from obscurity.

The entirety of the Neji fight and, ostensibly, all of Naruto, was about changing destiny and defining your own future. At that early point in the series, it might have seemed like Naruto truly overcame what seemed like a certain result and shifted the course of history but, in the end, that was just destiny taking its predetermined course. Neji and Hinata would escape their own destiny of hatred only because Naruto became Hokage and, in doing so, changed the Hyuga, which he was going to do from the very beginning as the child of prophecy. It was always their destiny to be saved by Naruto. Well, Hinata anyway... 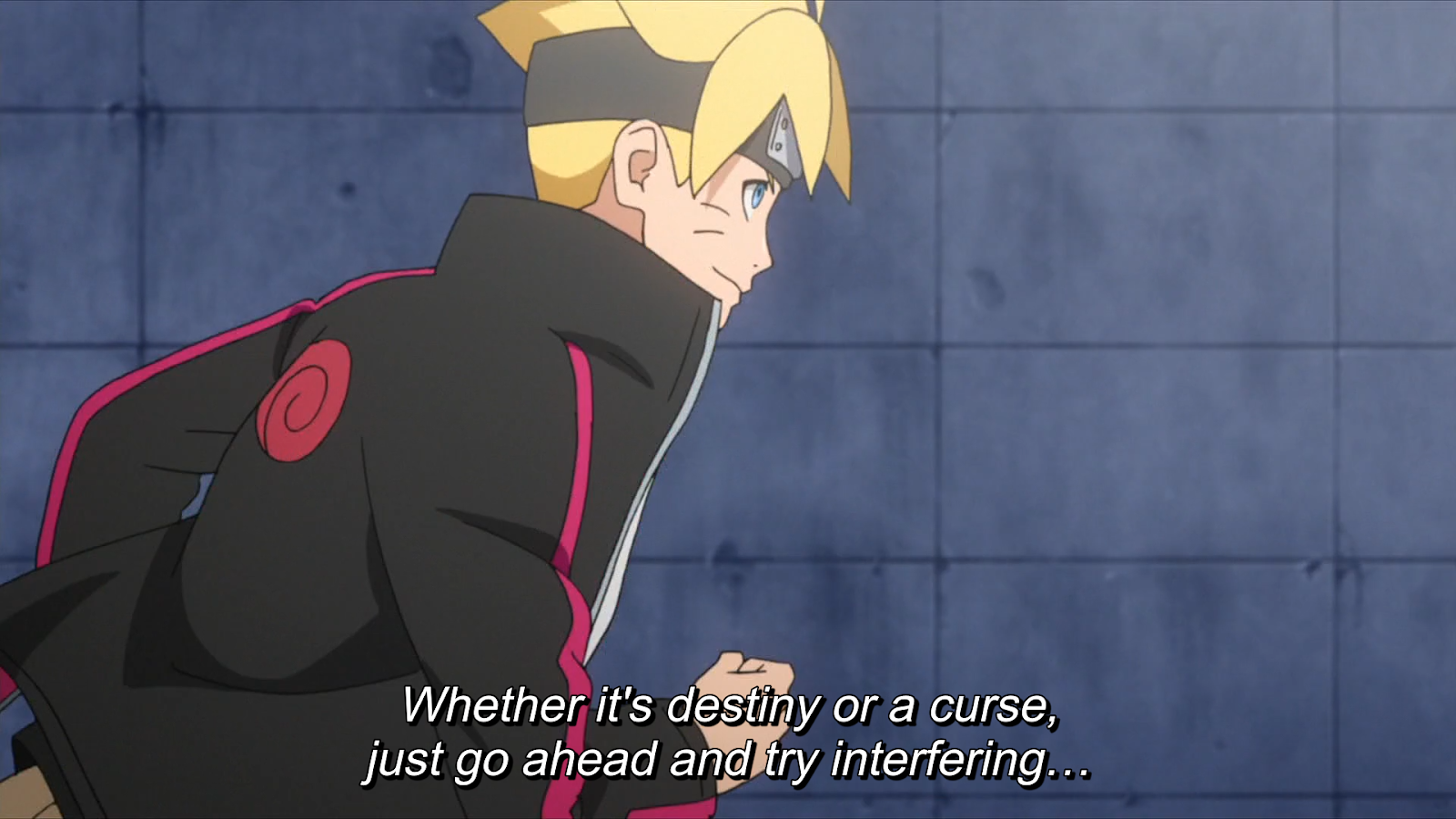 The message may not be as inspirational, but it’s the truth of the Uzumaki family that we weren’t given until nearly the end of Naruto’s story. One of the nearly universal failings of shonen is the emphasis on the power of hard work only to lead to the discovery that the protagonist was special from the very beginning. Boruto and Naruto are one in the same as saviors chosen by fate, so Boruto’s story shows how having your path set out for you can be just as scary as believing you’re irrelevant. Had Naruto's destiny been so clearly laid out for him in the beginning, maybe he would have had to contend with that.