Why You Should Rock Out With Given, The Best Summer Anime You're Not Watching

This new series will play your heart strings like a Gibson. 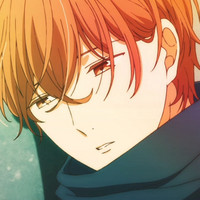 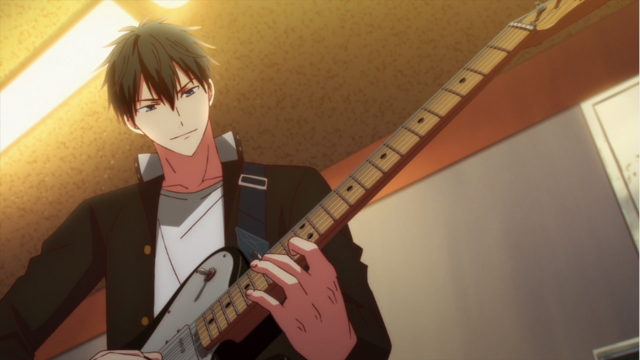 The ticking of a clock. A sliver of light from a window in a dark room. A boy takes his guitar, pets his dog and readies himself to leave. As he opens the door, light spreads across his face, revealing sad eyes. A close-up on his hand as he locks the door to the apartment. The minute hand moves across the clock face in the busy train station. The boy tightly clutches the underside of his guitar case. A flashback, transition to film, the guitar is unveiled. As the boy's pupils constrict in horror, the string of his guitar snaps under the pressure. On the train, light softly emanates from the window. The boy gazes at the city below. “I'm not lonely,” he says. Far away at school, another boy wakes up. A dream?

For better or worse, more anime is made today then ever before. It's harder than ever for a new series to stand out in this crowded market, even one adapted from a source people already like! The staff behind your favorite series try and find ways to mitigate this. They might put out a double-length first episode, or begin with a bombastic fight scene with higher quality animation than the rest of the show combined. They might reach out to a talented animator and invest in an amazing opening sequence to grab your attention right away. But the best of all, to me, is when the first episode teaches you the show's priorities in just the first few minutes. Think of the zoom out from the robot in the very beginning of Gurren Lagann, revealing it to be a giant battleship. (Lesson: this show is about scale!) Kazuki running through the streets of Asakusa at the start of Sarazanmai, as he monologues about the importance and risks of connections. (Lesson: this is a show directed by Kunihiko Ikuhara.) 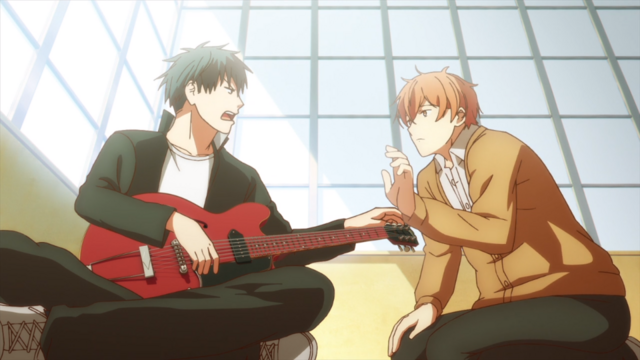 The first few minutes of given, the adaptation of a fan-favorite BL comic, puts you right in the shoes of its co-lead Mafuyu. In just a few minutes you see his isolation among the crowds of Tokyo, his deep anxiety, and what he fears the most: the severing of the guitar string, a lost connection in his past. For the rest of the episode, we see from the perspective of the other lead, Ritsuka. His world is a more familiar one of band-mates, classroom hallways and day-to-day rituals. To him Mayufu is a mysterious vacuum that makes his heart race. But the time we spent in Mafuyu's head-space hangs over the rest of the episode like a guillotine. Is Mafuyu the Maniac Pixie Dream Boy of Ritsuka's dreams, or a little more complicated than that? Can the two of them come to an understanding when they experience the world in such different ways? Just like that, the series lays its cards on the table without ever drawing attention to it. I was hooked immediately. In fact, I'll lay my cards out on the table too: given is the best show you aren't watching right now.

I won't pretend given is as flashy as something like Fire Force. While the series has far more extensive use of lighting than you often see from TV anime (as smarter folks than me have already pointed out!) it cuts corners in other ways. Characters in the background rarely move, and for a series about being in a band there have been surprisingly few scenes where instruments are played. Lerche has had its ups and downs as a production studio, and animating musical performances can be notoriously tricky on a TV schedule. 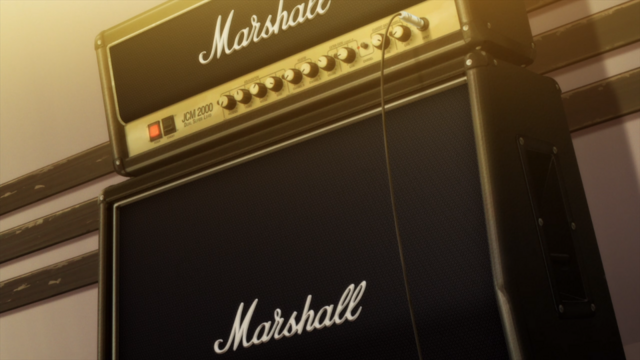 But given makes a lot from a little. One of the best tools in its arsenal is its soundtrack, composed by MICHIRU (who did fantastic work on Izetta: The Last Witch.) Its low-key guitar chords and spacey synths perfectly sell the mood of the series, from dramatic scenes to quiet hang-outs.The staff of given also take care to give Ritsuka and his band an actual musical identity. Ritsuka name-drops Thom Yorke and, hilariously, looks down on “basic J-rock.” The jam session in episode 1 is a nice bit of math rock given  extra strength by energetic cutting. As someone with a love/hate relationship with J-pop, it's great to hear music in an anime about a high school band that sounds like music kids in a real high school might think is cool! given further supplements its team of core players with a large supporting cast, ranging from Ritsuka's awesome sister to the other folks working at Mafuyu's part-time job. As someone unfamiliar with the source material, I don't know how much we'll come to know about these other characters, or whether the anime will even have time to given them the attention they deserve. But a friend of mine told me her favorite couple hasn't even showed up in the anime yet, so: I look forward to it.

Despite its limitations, I can't help but see given as the result of a team who have thought long and hard about how to best tell this story. The music and direction work in concert to convey the source material's themes of love, adolescence and Guitars. If you're looking for an underground favorite this season, book an event with this great series! (Also, there's a cute dog.) 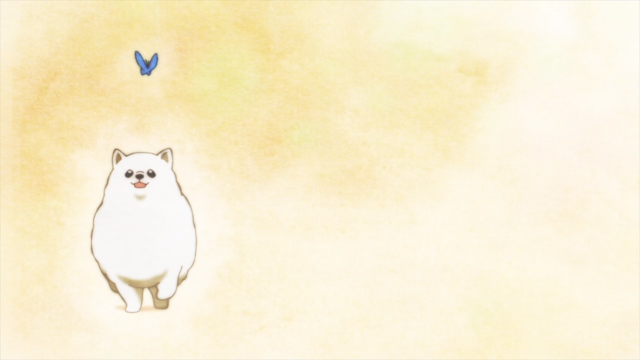 Are you watching given? What do you think of it so far? Let us know in the comments!

Adam W is a Features Writer at Crunchyroll. He sporadically contributes with a loose coalition of friends to a blog called Isn't it Electrifying? Since we're talking band recommendations, he'd like to recommend Shinsei Kamattechan and Ling Tosite Sigure this time! Follow him on Twitter at: @wendeego