How Did Yuzuriha’s Headband Survive for Thousands of Years in Dr. STONE?

Is it made of plastic, metal, stone, or something not of this world?! 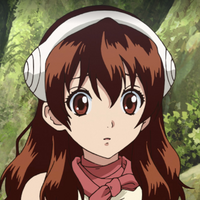 As we make our way out of the early stages of Dr. STONE, the show produced many mysteries that are starting to pile up. From why it took so long for people to start emerging from their stone imprisonment to how long will it take to form a viable society, there are plenty of questions left to be answered. Within all of these unanswered possibilities lies perhaps what is the biggest bit of intrigue the show has produced for us thus far.

If you’re thinking about why everyone got turned to stone, then you are slightly off on what we’re talking about. Instead, the biggest mystery of Dr. STONE is how in the heck did Yuzuriha’s headband survive for thousands of years?! Thankfully, we’ve gone back deep into the Crunchyroll labs to attempt to figure out exactly what makes this headband so special. Is it made of some incredible man made material that will last the test of time or is it otherworldly? We’re going to hopefully find out the answers to these questions and determine just how this headband is so powerful. 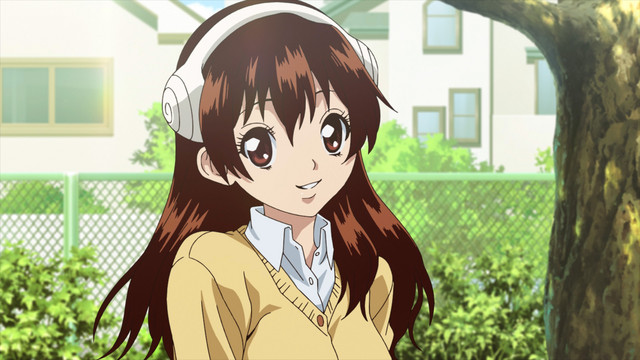 The world of Dr. STONE establishes early on that only the human body gets turned to stone. Clothes and everything else on a person aren’t changed, but are gone when we reconvene thousands of years later. For something to survive that long, we’re going to need something that’s tough, durable, and can withstand the hazards of nature. Plus, she needs to be able to take it off at times, so it needs to be able to have some form of flexibility in its structure. There’s certainly some real world materials that could be used, so let’s first check in with those.

Now, when you think of materials that last a long time, you might think of a lot of building or construction materials that have been used throughout all of time. A smart start, but for what we’re looking for, that’s going to be a little tougher since you’re not going to make headbands out of the same stuff you use to build houses. So while materials like adobe, clay, or brick might be great for a building, you’re probably not going to wear it on your head. 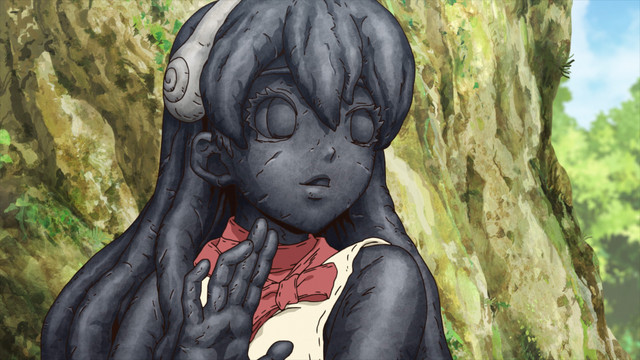 So where does that leave metals? Those could certainly be used for a fashionable accessory, but would they withstand thousands of years in nature? That’s actually a possibility, but it depends on the kind of metal. Metals with iron in them are more susceptible to rusting, but others such as copper, aluminum, gold, or silver can experience corrosion. Out of those, the last two would probably be the metal you’d use in a headband, but from what we’ve seen of Yuzuriha’s, it looks to be relatively in good condition with some small scrapes and discoloration.

Where Yuzuriha is found is a somewhat helpful for her as being in close proximity to a tree, she is somewhat shielded from the sun and various kinds of weather that could cause damage to her headband. However, she would still have to contend with the elements as would anything left out in the wild uncovered. So for her headband to be made of metal, the white coloring would most likely have changed over time more than it has and there would be more noticeable damage or corrosion found on it. 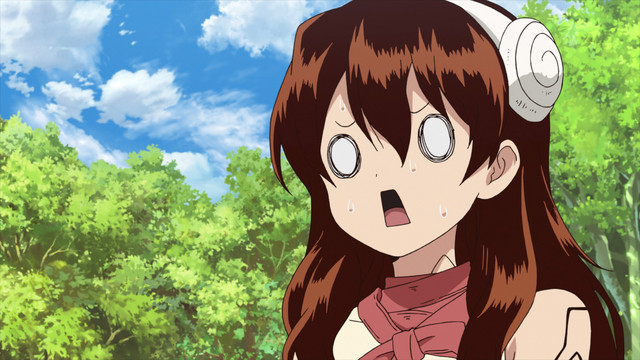 If it’s not metal, then what about a common material like plastic? A ton of headbands are made of plastic. Something that’s the size of Yuzuriha’s would need to be light weight in order to wear and not cause strain on the wearer’s head. Could plastic survive for thousands of years in nature? Nope. With data suggesting that a plastic bottle would decompose in around 450 years, there’s no way it would have survived long enough to still be on her head.

There is another common material that could potentially have been used. Although I can’t say for sure if it would be comfortable or actually viable to be used in a headband, glass can allegedly survive for a long, long time. The number given suggests a glass bottle could last for a million years, which we obviously can’t verify, but if this headband was made entirely of glass, this could be a possibility! The only downside would be the fragility of glass if let’s say a heavy tree branch fell on her when she was still in stone captivity. Glass also isn’t the kind of material you want to be flexible, so that could also rule this out since Yuzuriha probably doesn’t want to sleep with her headband on. Even with all of that, this is our biggest lead in terms of something that could last as long as Yuzuriha has. 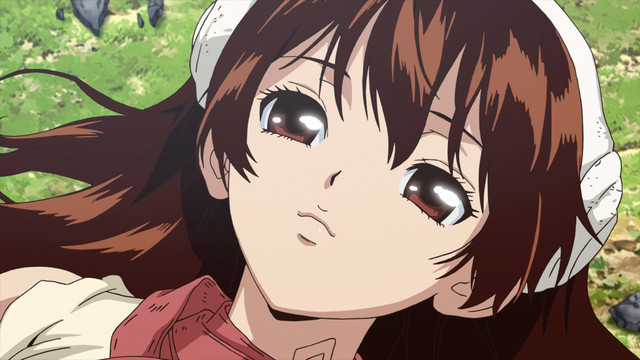 What if the real twist here is that the headband was already made of stone to begin with? With the way it looks and how sturdy its construction seems to be, you can’t rule that out. Sure, it might be just a little bit uncomfortable to wear a fashionable rock on your head all the time, but if you want something to survive for thousands of years, then what’s better than the same material you’ve been turned into? Plus, it wouldn’t fuse to the stone the human body is created out of, which would make sense why it seems relatively untouched. I’m not going to sit here and judge Yuzuriha’s fashion choices. If she wants to wear rock headbands, it’s one heck of a choice, but it’s absolutely an option that should be considered.

Of course, there is one more possibility that might be a bit disgusting. Given the color and how Yuzuriha’s headband looks, what if it was somehow made of bone? Did Yuzuriha stumble into some dark back alley, take a wrong turn and end up in the black market where they sell headbands made of bone? Could that survive for thousands of years? It would take the right circumstances and a dry environment. Given that we’re still in Japan, that’s probably not going to be the right kind of climate for a bone headband to survive. If we were somewhere different, it could have been a possibility, but it’s highly unlikely Yuzuriha is wearing someone or something’s bone on her head. 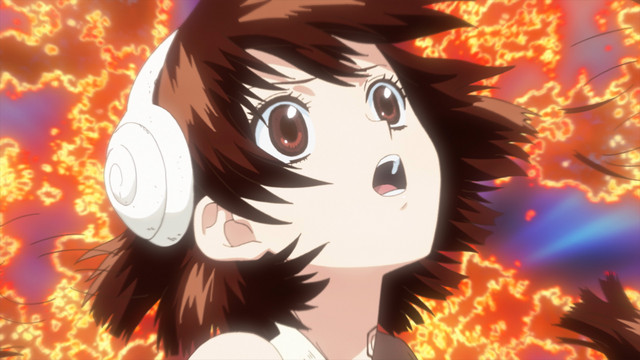 Alright, let’s get weird and speculate about something that’s otherworldly. Perhaps we get a heartfelt reveal of Yuzuriha’s backstory where she had a close encounter with aliens and was given this headband as a gift for being the human representative. The headband is created by some material that we’ve never seen before because it comes from a galaxy away which allows for fashionable accessories to last for thousands of years. Later on we’ll get a reveal about the headband’s hidden powers that it gives to Yuzuriha that can turn her into one of the most powerful beings in this new stone world. The climax of the series then becomes a fight over who gains control of the headband in order to have this new power that’s been found. That’s going to be the proper conclusion, right?

We might not be any closer to finding out what Yuzuriha’s headband is made of, but we’ve at least come up with some possibilities. Glass would make the most sense if you want something to survive, but it’s not going to be the best for wearing. We also can’t fully rule out that it’s not just an elaborately shaped rock or something that’s supernatural. This is why we make hypothesis! It could be any of those and we’ve at least narrowed down the possibilities! Hopefully one day, series creators Riichiro Inagaki and Boichi will fill us in on this mystery, but for now, we will be left to wonder on this perplexing question.

What's your take on what Yuzuriha's headband is made of? Is it something we've listed above, an entirely different material, or a substance that we can't even wrap our heads around? Let us know in the comments below!