I'm about to end this man's whole career 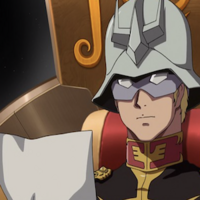 I am writing this open letter in order to inform you that I will be terminating our relationship immediately. Countless nights I have tossed and turned wondering who exactly was this blond, blue-eyed pretty boy in my dreams. After careful research, I have realized it wasn’t some bizarre figment of my imagination, but the burning red comet himself coming to haunt my nightmares. Mr. Aznable, I blame this on watching your new biopic MOBILE SUIT GUNDAM THE ORIGIN Advent of the Red Comet, which I have to admit is very loud and flashy. 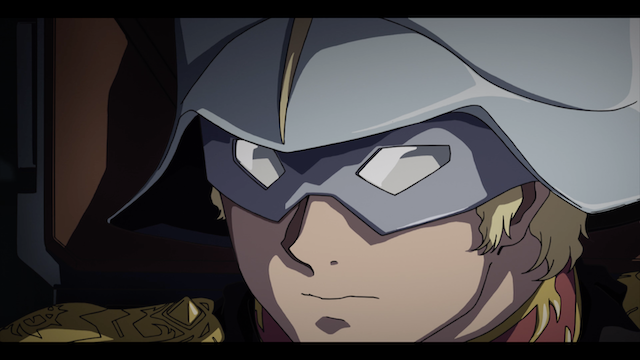 But because I have an audience, I must inform the public of who exactly you are. It is the Universal Century. There is such a thing as a “mobile suit” - giant space robots piloted by soldiers. Now get this: People live in space in space colonies. It’s free real estate...in space! Like all classic stories of good versus evil, there is the Earth Federation and then there is the Principality of Zeon. And guess which side our dear Mr. Aznable has so graciously sided himself with? 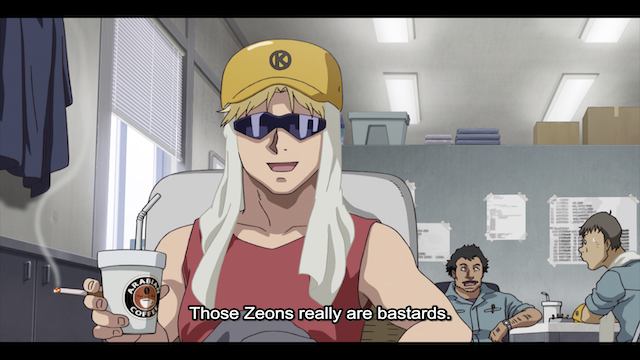 Yes, I know it’s cool. But you know what also isn’t cool? Blowing people up.

And my god, Mr. Aznable, do you love blowing people up. You should do something nicer instead. You should host a surprise party for the Zabi family in Australia! Oh, wait…nevermind.

All The Koalas Are Dead Now

Mr. Aznable, I’m aware that your dad died. And your mom. And your sister’s cat. But do you know how many anime dads die each year? A lot of them. Plenty of teenagers have dead parents and pilot giant robots and turn out just fine! You don’t have to be the exception every time, you madman.

But Mr. Aznable, you had to go that extra step. You are a master manipulator. But no one had to tell you that. While that Amuro kid was busy studying for midterms and hacking through his dad’s seven proxies, you and your buddy Garma were probably playing space beer pong in your Zeon-branded underwear. Best friends don’t try and eradicate each other's bloodlines in the middle of a war. Weren’t you guys like, roommates? What the heck? 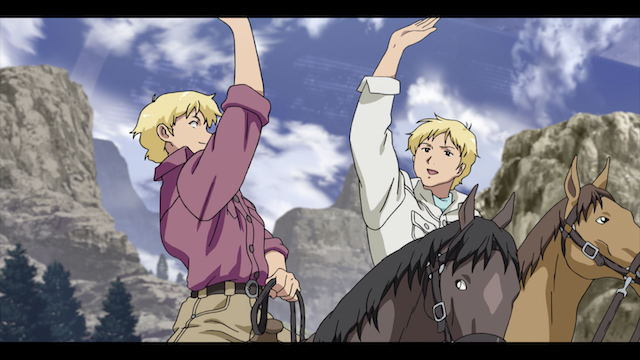 That’s why you made so many friends! The Aznable family were just being good space Texans. I’m sure that’s why their son liked you so much. Has anyone ever told you that you look just like him?

The point of this open letter was to inform you that I will be terminating our relationship. I never specified what kind of relationship. This is a hate-love relationship that transcends the boundaries of space and time, Mr. Aznable. Literally who could refuse those gorgeous boy band curls? I, for one, hate them. Does Zeon even have boy bands, Mr. Aznable? I think that might’ve been the problem this whole time. The Zakustreet Boys has a nice ring to it.

After getting booted from the academy, you took a job on Earth and kidnapped a girl with weird telepathic powers. Has anyone ever told you that you have problems with boundaries? You freaking sociopath. You’re lucky she didn’t die, or anything like that. 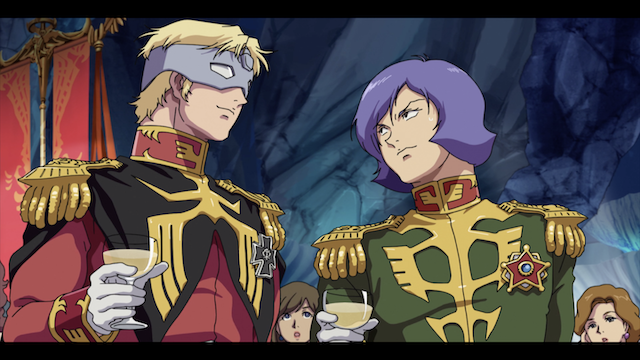 Well, don’t worry too much about that comment. I’m sure they’ll make a cool action figure of you and your robot one day. I’m sure your sister Sayla is going to be super proud of you. I bet she’ll tell everyone on White Base how cool of a dude you are. Because you painted your giant robot red and it goes really, really, really fast. Amuro’s gonna be sooooo jealous.

You’re a mean one, Mr. Aznable. But at least your dad didn’t have to tell you to get inside the robot. Oh yeah, I’m sorry, he’s dead. I’d have my own personally tailored pilot suit in a flashy and abrasive color too if I had that much unresolved family trauma. Or maybe I’m mistaken and you’re just blowing people up for the insurance. I will never know what goes on in your chaotic mind.

Regardless of what the next stupid sexy space villain does, you’ll still be number one in many people’s hearts. But you’re terminated, Mr. Aznable. I am terminating our relationship right now. You should really consider my suggestion of joining a boy band instead. I bet years from now they will even have ensembled boy bands piloting mobile suits. And I bet you’ll feel really silly for blowing up all those potential bandmates in the process, too. Make a Christmas album and call yourself something totally hip and trendy like Quattro Bajeena. The kids are going to love it. Don’t be a CHAR! Be a STAR!

Are you a Mobile Suit Gundam fan? How would you rate Char Aznable's moral compass driving? Let us know!

Blake P. is a writer who loves his cat. He likes old mecha anime, computer games, books, and black coffee. His twitter is @_dispossessed. He also just launched a new, free newsletter called Boy Toy Box, where you can hear all about the fictional boys he loves to hate and hates to love.