The Deep Digimon Lore We All Missed Out On 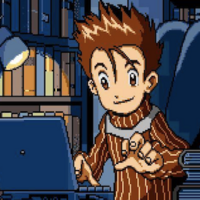 The short-lived WonderSwan was an anomaly in the world of anime-inspired games. As previously discussed, the WonderSwan was a delightfully niche handheld produced by Bandai during its console-making heyday. Last time we covered Neon Genesis Evangelion’s bizarre pet-raising simulation role-playing game, but when it comes to pet-raising games and Bandai, the true heavy-hitter isn’t Eva - it’s Digimon. And boy, did Digimon have a weirdly specific storytelling angle for the WonderSwan. 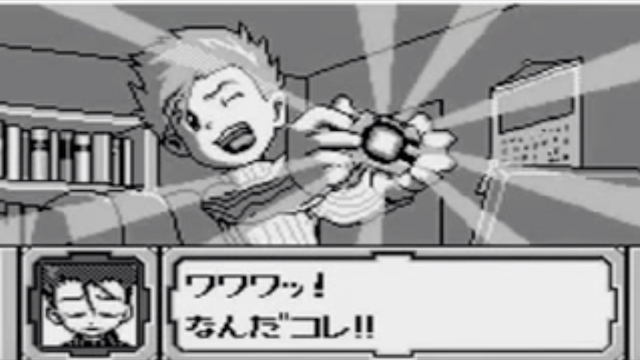 The original Digimon handheld pet toy debuted in 1997, about one year from Tamagotchi’s 1996 release in Japan. Because what’s the fun of raising virtual pets if they can’t beat each other up? For the unfamiliar, the premise is very simple: you raise your own digital monster (hence the shortening “Digimon”) and can connect to other Digimon to fight. Your Digimon evolves, becomes stronger, and maybe looks like a cyberpunk dinosaur. But this was only the start of a huge multi-media franchise push from Bandai. A beloved anime series called Digimon Adventure debuted in 1999, further catapulting the Digimon brand into the LCD-screen obsessed minds of kids everywhere.

The West was going through an intense "gotta catch 'em all" craze at the time, so naturally, it was a hit over here. But we never got the whole picture. See, in Japan, the WonderSwan released just in time for the anime, leading to a beautiful nosedive into the first of the Digimon WonderSwan role-playing games Japan got: Digimon Adventure: Anode/Cathode Tamer.

“Tamer” - that’s right, digifans! This series has everything to do with your favorite Digimon character we all know and love, Ryo Akiyama. Just another kid on the internet, suddenly zapped into the Narnia-esque world of killing literal computer viruses at fourteen years-old. In standard Digimon fashion, you collect monsters, fight bosses, gain levels, rinse and repeat. It's technically a RPG for little kids, okay? 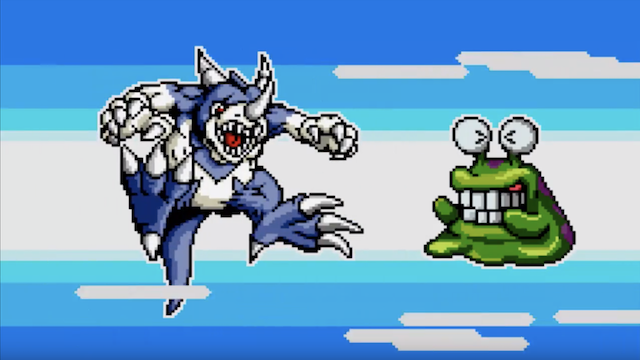 Anode/Cathode Tamer follows a basic premise: Ryo Akiyama is just a normal kid until Agumon (a tiny Digimon dinosaur) drags him into the Digital World. Perfectly normal. But an evil Digimon called Millenniummon literally captures all of the Chosen Children (read: important characters) and now Ryo has to save the world. I don’t remember this arc in Digimon Adventure, but don’t worry, as sitting complacent in the canon isn’t exactly a goal of these games. Who the heck is Tai, anyways?

The Digimon WonderSwan games, unlike many spin-off games like the aforementioned Evangelion sim, actually contributed to the anime narrative. Supposedly. Four of these games were released between 1999 and 2001, coinciding with the release of Digimon Adventure, Digimon Adventure 02, and happily leading up to Digimon Tamers. And these games are perhaps the weirdest decisions Bandai’s ever made when it came to expanding the franchise's lore. 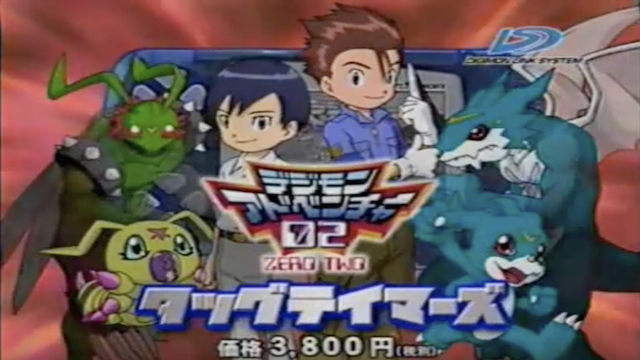 Quite a few other popular anime were jumping on the WonderSwan bandwagon at the time. This includes a Hunter x Hunter role-playing game, a One Piece fighting game, and a handful -f random Mobile Suit Gundam titles. But the Digimon WonderSwan games take the cake when it comes to delivery — little did fans of the anime series know that these games would introduce us to “Digimon Kaiser” Ken Ichijouji, a major character for the highly anticipated Adventure 02. Except, of course, he was a little different. Not an evil baddie, yet, for one. Yay plot relevant friendship!

The second and third game give Ken a backstory that takes place supposedly before the events of Adventure 02. Ken and Ryo fight even more evil Digimon, get teleported outside of the Digital World, somehow return, and have a weird break-up. Think of the plot as vaguely canonical, somewhere in the ether between the Angela Anaconda skit and Barenaked Ladies’ hit single “One Week” of deep anime lore. It makes sense if you don’t think too hard about it.

Historically, Digimon video games haven’t been too deeply rooted in the anime series. During the WonderSwan’s first year, Digimon World for the Playstation was also released, and that had absolutely no association with the anime. A completely unrelated game for the WonderSwan would’ve been absolutely fine - so why the need to convolute the anime series plot even more with a role-playing game?

For the sake of world-building and, shockingly enough, actually introducing Ryo into the anime two years after the initial WonderSwan game's release. Surprise! 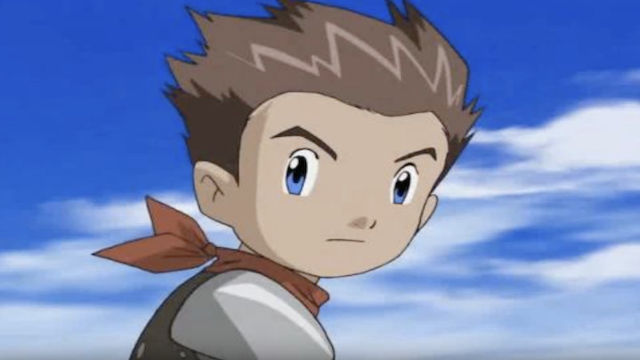 Rather than use some of Digimon Adventure’s staple villains, the WonderSwan titles primarily focus on the evil antics of Millenniumon and Diaboromon. Diaboromon, of course, is the main antagonist of the Digimon movie Our War Game - but for all the hype Millenniumon gets in the WonderSwan games, he’s only shown in a brief flashback during Adventure 02. Ryo isn’t even given a speaking role until late into Digimon Tamers’ 2001-2002 broadcast. So much for being important. Not even a mention in Digimon Tri.

The sudden ending of Ryo’s story might’ve sadly been the result of the WonderSwan’s lack of sales, but that’s the reality of being a lesser-known spin-off character vying for the spotlight. The Digimon WonderSwan games are a strange snapshot of an era where companies vaguely tried aligning the stories of media spin-offs and shows together.

And it worked. Sorta. Risky, but true to Digimon's spirit.

The weird niche of the Digimon WonderSwan games isn’t uncharacteristic. The WonderSwan, with its library of unique anime titles, was a love letter to side-characters and obscure spin-offs. The adventures of Ryo and Ken might’ve not sat well with the anime, but it was an attempt to bridge a gap most series wouldn’t risk. Luckily, more projects are being announced for Digimon Adventure, breathing new life into the franchise. We might even be lucky enough to see Ryo and friends return. Time will tell.

Blake Planty is a writer who loves his cat. He likes old mecha anime, computer games, books, and black coffee. His twitter is @_dispossessed.