We sit down with the creative minds from WIT Studio to talk about their latest project, GREAT PRETENDER! 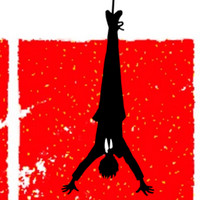 At Anime Expo 2019, WIT Studio surprised everyone with the premiere teaser of their upcoming anime, GREAT PRETENDER. This anime of con men really left a big impression on me, and I was honored to have a chance to sit down with WIT Studio after the panel and pick their brains about this exciting project. If you’re curious about who Dr. Google is, how Neon Genesis Evangelion’s Yoshiyuki Sadamoto got involved, where the jazz fusion soundtrack came from, and an interesting debate about the difference between short anime seasons versus long ones, read on! 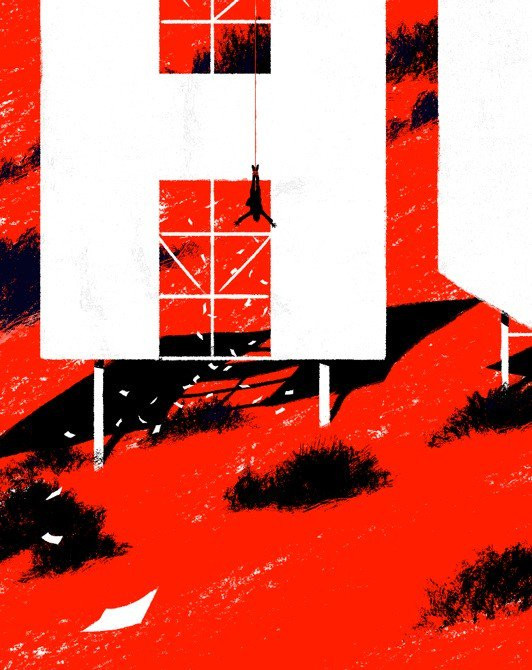 Hello, and thank you for speaking with us today. Could you please introduce yourselves for our readers?

George Wada: And I am George Wada, the president of WIT Studio.

Ryota Kosawa: I am Ryota Kosawa, the writer of the screenplay, including all 23 episodes.

One of the first things that I noticed about the GREAT PRETENDER is the scenes of LA. I remember that Kaburagi-san mentioned in the WIT Studio panel that details about LA were Googled, but how long did you research these locations for the series?

Hiro Kaburagi: It’s hard to say how many days. But in creating the scenario we really thought it was important to give a good, strong feeling of Los Angeles and, of course, we have the amazing resource on the internet! And so, I consulted with my… friend Dr. Google (laughs) and we kinda shared the information with all these different scenes of LA and thought: “What can we show to really give a feeling of Los Angeles and make people feel that that was the setting?”

There’s gonna be other locations all over the world, as well. Would you say the same thing for all the other world-wide locations?

Hiro Kaburagi: Yes, of course, and in addition to researching, we will also be traveling to those places in person as a group and taking actual photos with our cameras. I think that actually going there and experiencing the place is important, as well.

There are quite a few anime about thieves and other types of underworld types. But the con man angle is pretty new. What caused the decision to be made for the protagonist?

Ryota Kosawa: I really just liked the concept. I liked the idea of a character that cons these bad rich people of the world. Not so much with just action or weapons, but through his own skill and his know-how. The idea of this con man that is taking advantage of these evil rich people around the world is something that was very appealing to me.

The water purification scam and issues with water quality were an interesting theme to see. Will that play a larger part of the overall series or will there be more of a variety of schemes that will come into play?

Ryota Kosawa: There are going to be many different scams and the scale of those, I think, is going to grow over the series in many different ways. So, please keep watching! The water purification scam was really the smallest and the most realistic, but it’s just the start!

I love when music is a big part of an anime’s image and the jazz fusion being used here seems really fascinating. What led to the decision of jazz for the series?

Hiro Kaburagi: Yamada-san is a very young and skilled creator. And it was actually Yamada-san’s proposal that jazz would be a very good fit when we’re talking about a story with con men. And so we talked about it and we thought: “Yeah this is a really good fit!” Of course, we’re going to have not only jazz but other popular genres like rap and genres of music. And the important thing, I think, is to give the music, a good feeling that feels cool but also fits the anime.

During the WIT Studio panel, Akira Shimizu and Yuichi Fukushima, from CloverWorks stopped by. Are there any potential hints that you could give us on what that might involve? Like any new possible projects?

George Wada: We think by creating bonds between the studios will give us the opportunity to work together in the future and sharing information that makes all of us stronger. So, next year, we will include MAPPA and creating these stronger intra-studio connections we think that this will bleed to more interesting projects and better work, which will give better quality and a better experience for everyone. 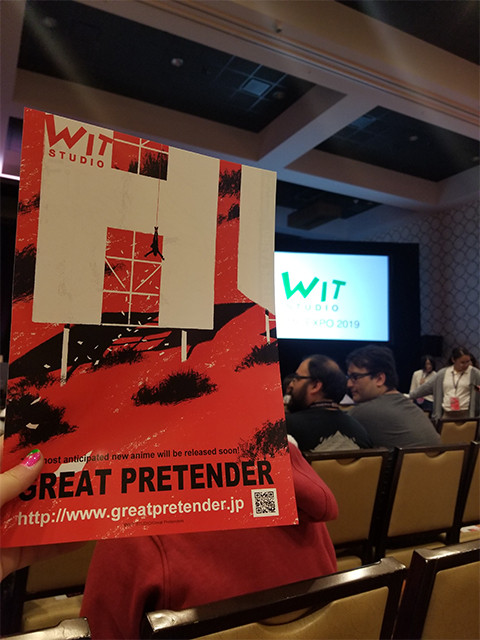 It’s a little unusual to see a long series like these lately, where most anime runs from 12 episodes to 13 episodes. What brought about the decision for GREAT PRETENDER to be 23 episodes long?

Hiro Kaburagi: That was really the plan from the beginning, wasn’t it? (everyone laughs)

George Wada: 12 or 13 episode animes tend to be character dramas that are very focused on the characters. But in terms of this team format where we’re creating a team that’s going to have all these different adventures, we wanted to make sure that we were able to continue into the future and we really thought that 23 episodes were needed in order to tell that story.

George Wada: So, they’ve put a lot of effort into portraying the characters as full characters and giving them time to develop, and so we think that the fans will fall in love with these characters and really enjoy watching them develop over the series.

I got a real crime noir vibe out of the story, from the music to the settings to the characters. Are there any films or other media that influenced the idea for the series?

Yoshiyuki Sadamoto: It may sound strange but I actually don’t spend as much time watching other anime series. But personally, I also watch lots of TV dramas. And so, recently in Japan, it’s becoming much easier to experience drama shows from all around the world via things like Amazon Video or Netflix. We’re able to see these TV series in Japan, shows like Game Of Thrones or Breaking Bad. I can’t say exactly how those drama shows that I’ve seen are reflected in the series, but I do think that there may be some influence there.

Sadamoto-san, you’re a very famous character designer with many of your designs from Neon Genesis Evangelion being iconic these days. What led to your involvement in this project?

Yoshiyuki Sadamoto: I really think that for this project, it was the strength of Kosawa-san’s screenplay, along with also knowing the strength of the studio that I would be able to work with and the quality that they would be able to produce that I really thought: “There’s no way I could turn this down!” This is something I have to do and see what I can contribute to this project. So, um, I really felt that this was definitely something that I needed to do.

Thank you so much for taking the time to speak with us today! As we finish up, is there anything that you’d like to tell our readers before we go?

Ryota Kosawa: GREAT PRETENDER is a good series. Check it out and enjoy it! I hope that the fans will really enjoy the storyline; it’s really easy to get hooked with its involving and compelling story. Don’t miss out because it’s a life-changing experience. You’ll regret it if you miss it!

George Wada: WIT Studio has been involved in this project and they’re very happy to have brought their various strengths of their team, including Takeda-san from Bamboo Studio as the art director. This is the third in the series that they have started back in 2016 and they’ve really put a huge amount of effort into it, and so they hope that everyone enjoys this work.

Hiro Kaburagi: So, while this is a story about con men, it’s not a dark story. There are lots of laughs, there are places where you’ll cry; it’s a great story that will appeal not only to fans of Japanese anime but many other audiences, as well. And so, please enjoy going on these adventures with Edamame! 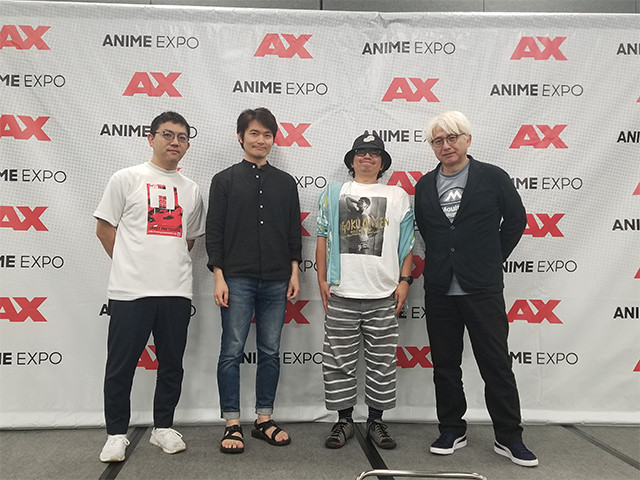 After our interview, I have to admit that I’m even more excited for GREAT PRETENDER than I was initially! Thank you so much to the WIT Studio team for sitting down with us and letting us pick their brains. I’m still quite curious what WIT Studio and Cloverworks might whip up for us in the future, so you can be sure that we’ll keep our eyes peeled for any interesting developments from this working relationship between two amazing studios!

Are you excited for GREAT PRETENDER? What are you looking forward to the most in the series? Let us know in the comments!

INTERVIEW: Hiroyuki Sawano on the Music of Fanfare of Adolescence