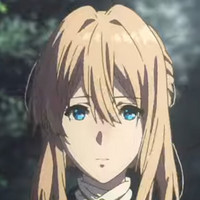 Last years Violet Evergarden captivated fans with its downright breathtaking animation – winning the Best Animation Award at the 2019 Crunchyroll Anime Awards. Last week, a feature length side-story was released into Japanese cinemas for a limited three week run. Our Japan Correspondent, Daryl Harding, was there to pen his thoughts on the feature.

Violet Evergarden: Spin-Off - Eternity and Auto Memory Doll - is the first work from Kyoto Animation to debut since the attack on the studio in July, which for me, made it a hard film to watch on that alone. Thankfully, while the spin-off is a sober piece, it was able to take me back to the world I loved watching in its TV series.

Eternity and Auto Memory Doll adapts the second chapter from the “Gaiden” (side-story) novel. The first half of the feature length story tells the tale of Isabella York, a student of a finishing school learning to be a debutante. Due to her upbringing, York is having a tough time of it and Violet Evergarden is contracted for a three month stint to tutor her.

Much like episodes of the Violet Evergarden TV series, the spin-off dives into the backstory of York and thanks to Violet and her letter writing skills, York becomes at peace with her situation. The second half of the film has York’s backstory become a modern story for Violet and the CH Postal Company staff, who have to deal with the aftermath of the first parts ending.

One thing I adore about the Violet Evergarden series is how each episode – or in this case film – focuses on a character or cast of characters we might not see again, while still being able to flesh out the main cast and see their character growth. While the first half of the film sees Violet away from the CH Postal Company on assignment, the second half really shines by showcasing how much the staff have grown throughout the series just by having Violet around. A stand out is the character growth of the short tempered Benedict Blue. It was also lovely to see a comparison of Violet from the start of the series to now.

The feature length story felt like two episodes of the series put together, which isn’t a surprise considering the project started out as another OVA. While some anime films can feel stretched out to make a full 90-minute runtime, Violet Evergarden: Spin-Off - Eternity and Auto Memory Doll - never wavered in how engrossing it is. Everything from the animation, direction, and music (the orchestrated OST sounded amazing in the cinema!) was befitting of a film. Again, not surprising considering Kyoto Animation is renowned for its television series having the production value of animated feature films already.

All throughout the spin-off, I was treated to everything that Kyoto Animation has to offer. The studio made use of 3D backgrounds with 2D animation on the foreground to give a sense of action and movement in the dancing scenes and wide sweeping shots, never feeling out of place in the world created by Kana Akatsuki and set by Takaaki Suzuki.

Directing the film is Haruka Fujita, who trained under the likes of K-ON! and A Silent Voice director Naoko Yamada (who worked on the spin-off as a unit director), who became a fan favourite after handling episode 8 of Sound! Euphonium. Fujita worked on Eternity and Auto Memory Doll under the supervision of Violet Evergarden TV director Taichi Ishidate.

Fujita’s attention for detail and love of post-processing photography shone through in Eternity and Auto Memory Doll. You saw it in the water, in the sky, and the sun through the trees as Violet and York walked through a tunnel of trees. As slow and low tempo Violet Evergarden can be at times, Fujita’s keen eye and storyboards made for an engaging watch from start to finish. 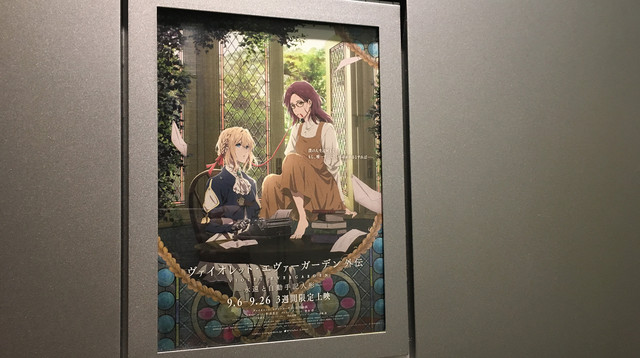 The key animators and animation directors had their work cut out for them animating the highly detailed character animation. Not once did I see the animation falter or be any less detailed. This is partly in thanks to Akiko Takase, the character designer on Violet Evergarden and one of the two Chief Animation Directors (alongside Miku Kadowaki, who handled the Animation Do cuts, Kyoto Animation’s Osaka branch). Takase rose quickly through the ranks of Kyoto Animation since she joined the company in 2013, mostly thanks to her early work as an illustrator on the Violet Evergarden novels and being backed by Ishidate.

One of the toughest acting challenges, in my opinion, is making the audience feel connected to a character who can’t–or won’t–speak. Without the words to express how they’re feeling, it has to come through their face, and there were times during the film I felt more connected to the animated characters on screen than actors I’ve seen in live action films. That’s a testament to how skilled Kyoto Animation’s animators are. Kudos have to be given to the voice actor for the young Taylor Bartlett, Aoi Yuki (Madoka Kaname in Puella Magi Madoka Magica, Tanya Degurechaff in Saga of Tanya the Evil) who brought the sorrow of the young girl to life in a belivable way.

Violet Evergarden: Spin-Off - Eternity and Auto Memory Doll - was the last work finished before the attack on the studio, reportable having been completed the day before. Due to this, Fujita requested all the staff who worked on the spin-off to be credited, a break from Kyoto Animation policy where staff only get credited after working for the studio for a year. This left the film on a very sober tone despite the happy ending, with not a dry eye in the cinema. With some staff who died not named publicly at the request of their families, it was hard keeping my own emotions in check.

It’s hard for a film to be released after such a tragedy, especially one so close to the hearts of not only anime fans, but the animation world as a whole. Violet Evergarden: Spin-Off - Eternity and Auto Memory Doll - stands out on its own as one of Kyoto Animation’s many greats. Which admittedly is a very long list of works and one that will continue to grow forevermore.

Violet Evergarden: Spin-Off - Eternity and Auto Memory Doll - is currently being shown in Japanese cinemas until September 27. Violet Evergarden The Movie has been delayed from its January 20, 2020 open to an unnounced date.