Given is One of the Best Anime Dramas of the Year

Today we look back on the recently concluded given, one of the strongest summer shows! 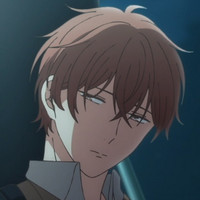 Hello all, and welcome back to Why It Works! As the summer season approaches its end, all of our various seasonal contenders are starting to wrap up, and we can get a clearer picture of the season as a whole. And looking back, I can’t help but feel impressed anew by all the accomplishments of given, this summer’s phenomenal romance/band drama, and one of my own favorite shows of the year so far. given has been gathering more and more buzz over the course of the season, as more folks get introduced to its incredibly sharp character writing and dialogue, stunning performance sequences, and general ability to rip your heart out. But in case you’ve been missing out, I’ll be making the case for why you should catch up one more time, as I run down five strengths of this fantastic anime! 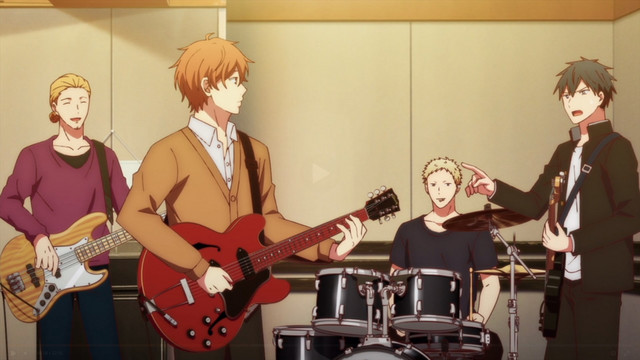 given is exceptional at conveying the feeling of being young and in a band, through both good times and bad. given’s stars all love music, but they’re also preoccupied with plenty of other things in life - their jobs and schoolwork, their love lives, their aspirations for the future. These characters don’t have the luxury of totally dedicating themselves to music, but ultimately, the diverse circumstances of their lives actually feed back into the band, directly informing their synergy and unique strengths as a group. From the formative choice of picking a band name to the perpetual struggle of booking shows, given brings the band experience to life - and when its performance sequences arrive, they’re absolutely stunning. 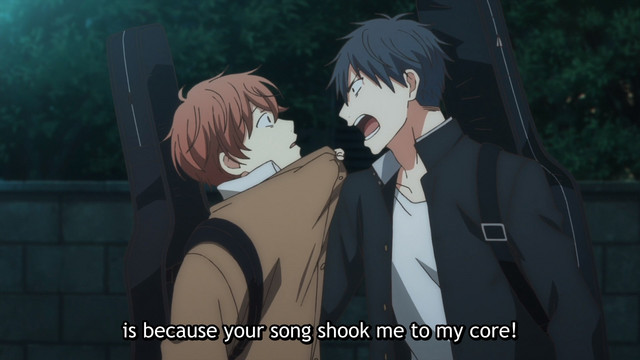 Every character in given has their own story to tell, and though they often come into conflict with each other, they all have sympathetic reasons for their divergent feelings. Loudmouthed guitarist Ritsuka wears his heart on his sleeve and soft-spoken new vocalist Mafuyu takes time to express himself, while their bandmates Haruki and Akuhiko also have complex histories to uncover. All of these characters put up a strong front at times, wallow in their insecurities at others, and generally try to navigate a wide array of often contradictory motives - in short, all of these characters feel like people. If you’re looking for characters you can fall in love with, given has got them in spades. 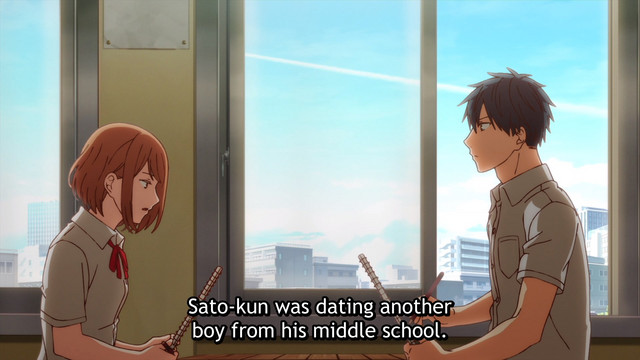 Even above its other strengths, I’d say given’s script features the best, most convincingly written and sharply observant dialogue I’ve seen in any anime this year. Nearly every single episode pulls off some of the most honestly observed and satisfyingly real dialogue I’ve experienced recently, from Ritsuka and Mafuyu’s tense first meetings, to the excavation of deeper insecurities realized in more recent episodes. There’s an incredible sequence where Ritsuka is on the verge of acknowledging he has feelings for Mafuyu, and his bisexual friend Akihiko helps him sort through those feelings.

There’s another where Mafuyu meets with a friend for the first time in years, as the two of them negotiate their new relationship in the wake of the tragedy that drove them apart. given absolutely nails these emotionally charged situations, but even its idle dialogue is rich in character and reflective of each cast member’s unique circumstances. Again and again, given demonstrates how much a strong script can elevate a character drama, and truly bring a cast to life. 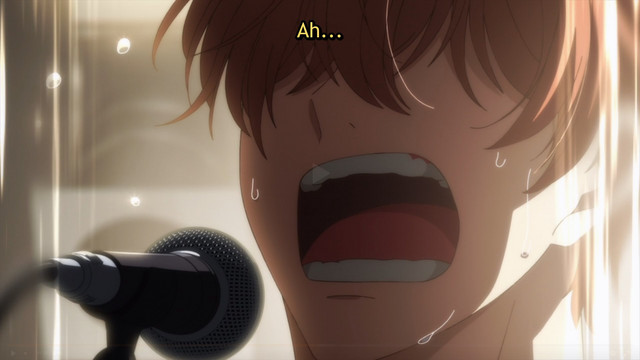 given isn’t the most fluidly animated show of the year, but the show’s strong direction and layouts more than make up for it. given’s camera echoes the moods of its characters, capturing their insecurity in beautiful long shots, or conveying the tense emotions of a moment through well-chosen framing. In one key moment, Mafuyu’s decision to rekindle an old friendship is told entirely through his shoes, neither character able to actually make eye contact. In another, the end of Ritsuka’s carefree daily life is conveyed through the frame itself, the impact of another’s words illustrated through a plane hitting a visual wall. Such tricks are subtle, but they add up - all of given’s conversations feel impactful and urgent, a direct result of its intelligent framing. 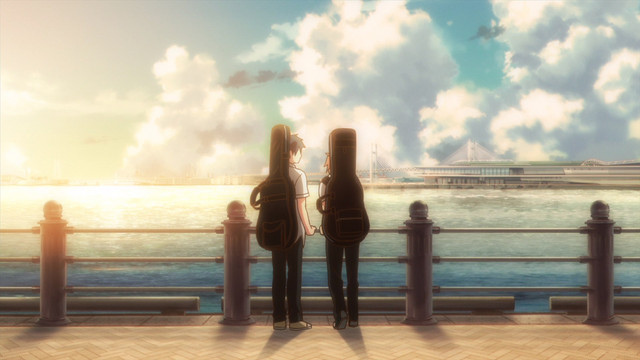 given isn’t shy about presenting itself as a genuine gay romance, with all the social and personal baggage that entails. Mafuyu suffers from hateful rumors due to his dating a boy in middle school, while Ritsuka struggles with genuinely embracing his feelings at all. given doesn’t exist in a world where any love is immediately accepted; it exists in our world, and its characters struggle with threats to their relationship both external and culturally ingrained.

For all that, given is unafraid to embrace its romance, either - this season climaxes on a gorgeous ode to past love, followed by a genuine on-screen kiss. After that, we even get the “how do we interact now” awkwardness following that kiss, diving into rich dramatic territory that anime romances in general seldom explore. If you’re looking for a fully realized romance, given is a terrific choice.

I’m running out of time here, but as you can see, I’ve got plenty to gush about when it comes to this summer’s given. The show is undoubtedly going to be one of my top anime of the year, and already stands as one of the best romances and character dramas in recent memory. If you’re already watching it, I hope you enjoyed this celebration of given, and if not, I hope you feel inspired to check it out. A show this rich should not be missed!

Let me know all your own favorite parts of given in the comments!

Tags
why it works, given
« Previous Post
Yo-Kai Watch 1 for Nintendo Switch to Support Online Battles
Next Post »
Mob Psycho 100 II OVA Hits Up the Hot Spring on Crunchyroll This Week!
Other Top News
22 Comments
Sort by: