Can you find and save your penpal from fifteen years ago? 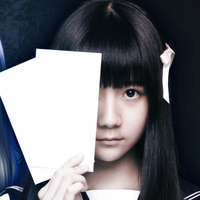 Let’s take a second to reflect on writing letters. It’s probably been a long time since you’ve sat down and wrote multiple letters in a calendar year, right? The rise of multiple types of technology over the past few decades has made letter writing a dying art form. That’s also the case with the concept of penpals. You don’t need to go out and find someone to write letters to as you can just as easily do that with social media. It’s much easier to connect to people worldwide that way. Even if letters have been disappearing over the years, that doesn’t mean they can’t be used as material for a good story.

Root Letter brought letters to the forefront in 2016 with its story about a guy trying to find his penpal after fifteen years, when he finds a mysterious letter he never knew about. Three years later, the game is back as Root Letter: Last Answer with some new additions that could make it a new game entirely. Are these additions enough for people who have already played the game a short while ago? What about for folks who never picked up the game before? Is this the best version to play? In order to find out, we’ve got some letters to write. 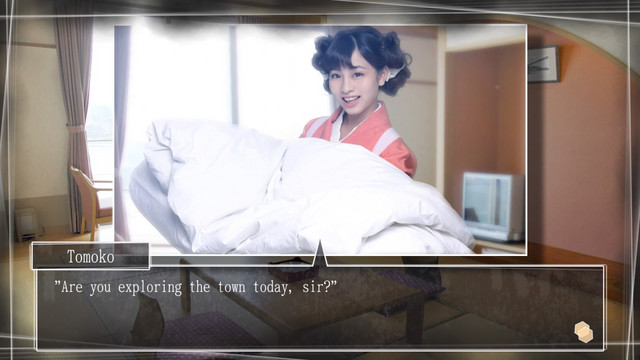 When Root Letter initially came out, it was a surprising and intriguing mystery that had players trying to investigate all of the clues the game provided. To see it be put back out after the original version only coming out three years ago was surprising. Games being re-released isn’t too shocking in this console generation, but this kind of turn around is. However, it’s easier to think of this as a “Definitive Edition” instead of the game just being thrown back out onto the market with nothing changed.

The biggest change found in Root Letter: Last Answer is the Live Action mode. Kadokawa Games took the time to do a shot-for-shot remake of the game, but now with photographs taken from Matsue, the town the game takes place in, and actors who play the parts of all the characters. As someone who has a soft spot for old FMV adventure games, this was an exciting addition to the game, but at the same time I was left wondering how this would fully work as a visual novel. 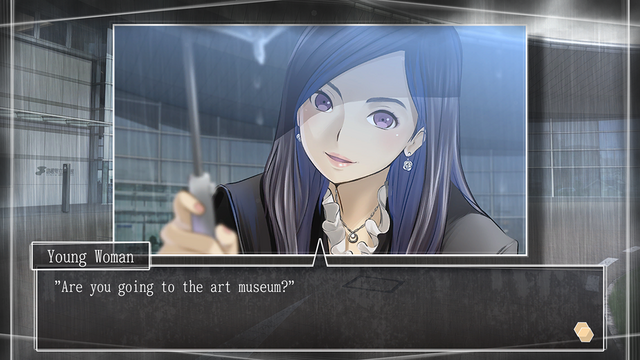 The Live Action version of the game is great. The drama of the story is captured very well with how the actors portray their characters. If you didn’t know any better, you might think this was how the game was originally developed, similar to games like 428: Shibuya Scramble. If there’s one downside to the Live Action mode, it’s that you can’t toggle between the new screens and the original artwork. This is a decision you have to make from the title screen and unless you want to keep going back and forth to switch, you’re stuck with your choice. There are also small cutscenes at times that seem to overlay the actors images into bits of animation that can look a bit weird.

Since the story switches back and forth between the characters’ high school and current versions, the production does a good job of making the actors look younger in different ways to give the illusion that these were different times in their lives. You’re still able to tell these are adults playing teenagers, but it’s not as egregious as it could be. With how over the top and ridiculous some of the poses and faces the actors do over the course of the game, it’s a shame there’s no behind the scenes footage of the process Kadokawa Games had to do in order to put this Live Action mode together. 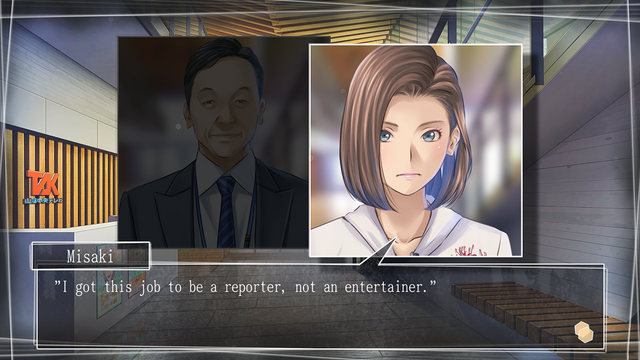 The Live Action portion can falter at times when you have to investigate your surroundings and need to zoom in on the backgrounds. This is where you’ll see that these images aren’t at the highest resolution. This, of course, could just be a limitation of developing the game and having to include the original as well, but you will begin to see the image going out of focus when you zoom in too close. It does make it easier though for the amount of branding blurring the game has to do to go unnoticed.

It’s not just the addition of a new way to play the game that makes Root Letter: Last Answer the best version of the game to play. One complaint about the original game was that you couldn’t fully skip through the common route after you’d already seen it. The game would force you to play through Chapter 8 and then let you get into the other endings. Last Answer allows for the entire common route to be skippable which is a marked improvement. As soon as you give your letter choices, you can immediately skip to the next chapter, which takes you to that chapter’s letter. It makes getting to the endings and subsequent new content much easier and less frustrating. 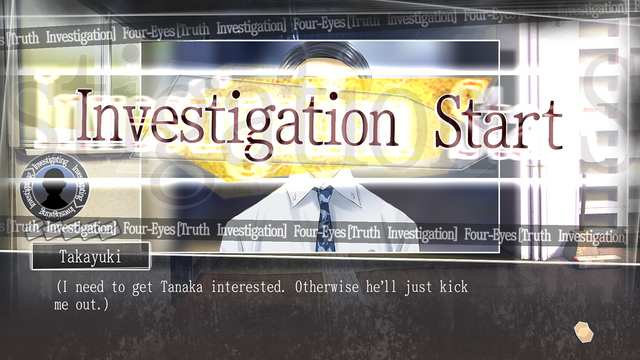 Along with that, they’ve overhauled the inventory screen. Before when trying to present a person something you are carrying, you would have to scroll through all of your items to find what you need. Now, they’re all on one singular screen, allowing you to see what you have to mitigate the time needed to present an item. These changes might seem small or subtle, but they’re smart and show that the developers listened to criticisms of the game.

The main story is relatively unchanged from the original Root Letter. All of the endings remain the same with no new ones added. All of the writing also seems to be at least similar. If there are changes, they would have to be very subtle. There’s also some noticeable errors in the text at times, but aren’t enough to detract you from the story. With the story being the same, that also means you will get to experience that the protagonist is a big jerk at times. There are portions of the game where he’s just straight up unlikable with how he manipulates and badgers other characters. Even if the other characters eventually push that aside during the endings, it doesn’t hide the fact that it can be hard to get behind the protagonist when there are multiple times he should’ve had the cops called on him. 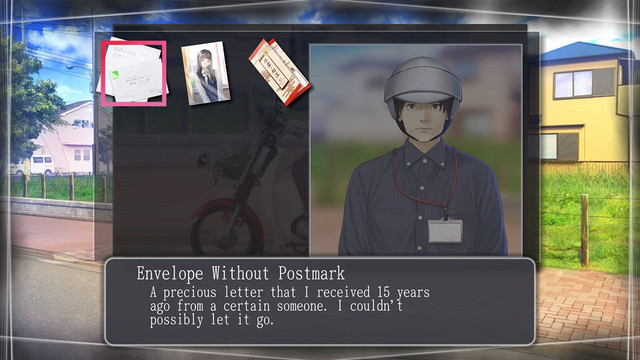 While the main story is left unchanged, there are new epilogues for four of the five endings once you complete all of the endings. These epilogues are a mixed bag. Two of them are actually pretty good and interesting. The fact that the most ridiculous ending of the game becomes even more ridiculous and fun is great. One that could’ve been intriguing falls completely flat with how the writing takes that ending’s original premise, and the final one you unlock is simply okay since it tries to add a bit too much to an ending that was already good as is. None of them are bad enough that you should skip all of them, but go in knowing that they might not be exactly what you’re looking for when it comes to more from those endings.

With more Root Letter on the horizon in the form of a sequel and a Hollywood adaptation of the original game, Root Letter: Last Answer comes at a good time to allow people to relive the story or experience it for the very first time. If you were ever curious about the game and wanted to try it out, this is certainly the version to play with the smart changes they make to the game, the fun Live Action mode, and the inclusion of new epilogues. Or, if this is your first time reading about the game, and you’re in the mood for a good visual novel mystery with investigative gameplay similar to a Danganronpa or Ace Attorney, this is a game you shouldn’t miss out on. 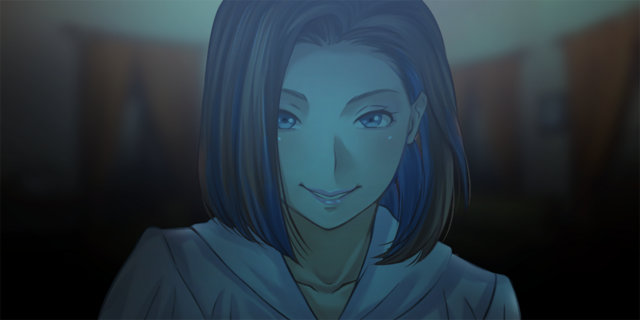 + New additions improve some of the frustrations of the original release

+ Live Action mode is a great way to play the game

+ The best version of the game to play

+/- New epilogues are a mixed bag in terms of quality

- Protagonist is still a jerk in the first half

- Live Action backgrounds aren't the highest quality you might want

Did you play Root Letter when it first came out or would this be your first time playing? When's the last time you actually sent someone a letter? Let us know down in the comments below!

INTERVIEW: Ceres Fauna, the Inspirational Bridge between Nature and Gaming