Check out even more real-world locations of Chihayafuru! 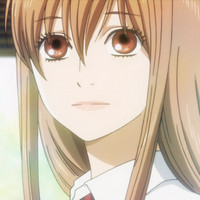 The fall anime season is already well underway, and it’s without a doubt the season of sequels. But amid the barrage of high-profile sequels like My Hero Academia, Sword Art Online, and Food Wars! Shokugeki no Soma, let’s not forget the return of another very, very long-awaited series. A whole six years after the last season aired, the unique sports anime Chihayafuru is finally getting its third season starting next Tuesday, where we’ll once again be able to follow Chihaya on her path to becoming the Queen of the competitive karuta world. And with studio Madhouse and director Morio Asaka at the helm again, it’s safe to expect all the floor-slapping and card-flinging action that made the earlier seasons so thrilling and entertaining.

And so, to get back into the karuta action, let’s take a final look at some more Tokyo real-world locations from Chihayafuru's first two seasons.

In earlier installments, we’ve already looked at the show’s premier location, the Omi Jingu Shrine in Otsu, and some of Chihaya’s most frequented Tokyo locations, like her local karuta association. This time we’ll be staying in Tokyo again, but looking at some more out-of-the-way places, most of which are scattered around Fuchu in the western part of the Tokyo Metropolis. This particular shot should be quite memorable for many, as the end of the Fuchu Station platform always appeared at the start of the catchy season one opening.

Also along the Keio Line is the small Tsutsujigaoka Station, which seems to be the closest station to Chihaya’s and Taichi’s school, as they regularly get on and off the train here in the show.

Since I was in a bit of a rush, I wanted to catch the next train at Tsutsujigaoka Station, but finding this exact staircase that Sumire walked down here proved to be a bit more time-consuming than I thought. In the end, it was still worth missing my train for this little shot, since I‘m just in awe of how accurately the anime portrayed something as mundane as a staircase.

A young Chihaya and Dr. Harada walk along a bicycle lane close to Fuchuhommachi Station here. And again, the detailed and true-to-life locations add a lot of value to the overall realism we’ve come to know from the show. And if you’re now thinking that the intensity of the karuta action seems to be over exaggerated in the anime, then let me tell you, it’s not. Even lower-ranked players tend to move within a fraction of a second, after hearing just the first or second syllable of the poem, trying to grab the corresponding card.

The Chu Bus’ Daisan Elementary School bus stop was rather unspectacular to visit, but at least it was cool to see that the anime even kept the color pattern of the tiles the same.

Not too far off from the bus stop is another anime pilgrimage destination: The famous Tokyo Racecourse, which we know from anime like Umamusume: Pretty Derby or HINAMATSURI.

The Katamachi Dai 3 Park looks more like a parking lot than an actual park, but at least the open space was a good place for Chihaya, Taichi, and Arata to do a snowball fight. The local Katamachi Culture Center also holds an annual festival here.

Right next to the Katamachi Culture Center.

The Keio Line is surely getting a lot of surreptitious advertising this season again.

Not too far off from the culture center is this little train crossing, which was one of the key elements in the show’s second opening.

And finally, let’s top off this article with another beautiful and meaningful location. Chihaya walks across the festively decorated East Deck Bridge, which is just a bit south of Shinjuku Station, after the Christmas party at the end of first season. This is the place where she finally mustered up the courage to call Arata on his cellphone for the first time.

If it wasn’t already as clear as a certified karuta reader’s voice, Chihayafuru is without a doubt my most highly-anticipated show this season, and I can’t wait to see what’s in store for us when the anime finally returns next Tuesday. So be sure to mark your calendars, and if you still haven’t given the anime a try, there’s never a bad time to start this masterpiece!

Let’s settle this once and for all! Who do you think should Chihaya end up with? Taichi or Arata? Tell us your pick in the comments below!