Monster-themed anime that will tickle your funny bone instead of chilling your spine. 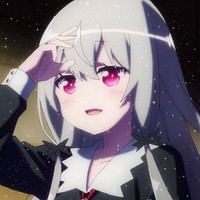 Halloween is generally viewed as a season of supernatural thrills, but some us—even some of us who routinely watch horror movies or read scary stories—aren't always in the mood for the terrifying and the macabre. Some of us, in fact, are gigantic, rubbery babies when it comes to anything more frightening than E.T. The Extra-Terrestrial, so what are we supposed to do when October rolls around and suddenly the Internet is flush with features proclaiming which scary anime are essential Halloween viewing?

Fear not, gentle reader, for this article features nothing but the cutest, funniest, gentlest, or strangest viewer recommendations for anime involving things that go bump in the night. Below please find (in alphabetical order) a curated chronicle of some nine shows that are more sweet than spooky. 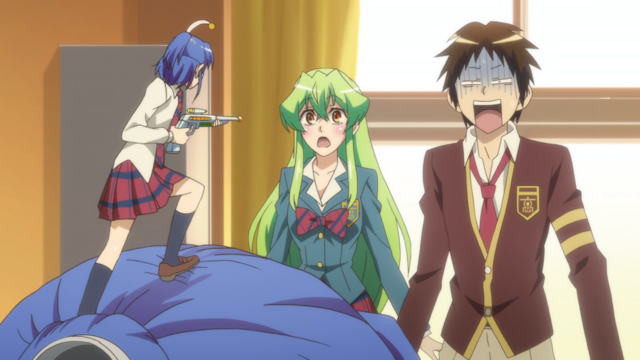 Profile: When Asahi Kuromine's would-be crush, Yoko Shiragami, turns out to be a vampire in disguise, she's allowed to continue attending the same school as her human friends so long as no one else learns her true identity, a task that is complicated by Asahi's general inability to keep quiet as well as the presence of numerous other supernatural entities among the class and faculty.

Comfort Level: A cozy evening under the kotatsu, with plenty of mandarin oranges on hand.

Where you can find it: Actually, I Am is currently streaming on Crunchyroll, and the series is also released on DVD and Bluray in North America by Eastern Star. An English language version of the original manga is available from Seven Seas Entertainment under the title My Monster Secret. 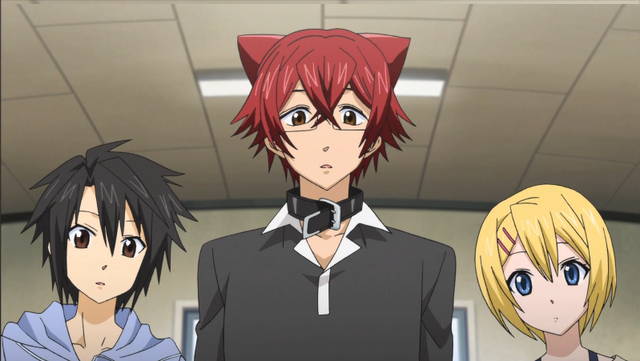 Profile: Former police dog turned private detective Hiroshi Inaba (who is also a werewolf) was ready to leave his old life behind, but his previous partner keeps dragging him into investigations involving the nefarious Valentino Family, a Mafia organization led by Don Valentino, for whom the letters “g.o.a.t.” take on a meaning other than “greatest of all time”.

Comfort Level: A play session with a friendly but precocious puppy.

Where you can find it: Cuticle Detective Inaba is currently streaming on Crunchyroll, and the series is also available on Bluray and DVD from Sentai Filmworks. 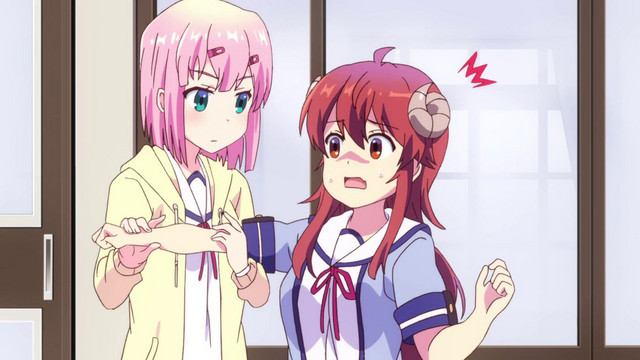 Demon Girl Next Door, The

Profile: One day, Yuko Yoshida awakens to her dark destiny as “Shadow Mistress Yuko” (“Shamiko” for short) and learns that she must spill the blood of a magical girl in order to break the seal on her family's diabolical powers. Unfortunately, Shamiko's a complete wuss who can't even throw a punch and the local magical girl, Momo Chiyoda, is a physical powerhouse, so the two end up becoming close friends instead.

Where you can find it: The Demon Girl Next Door is currently streaming on HIDIVE and VRV. 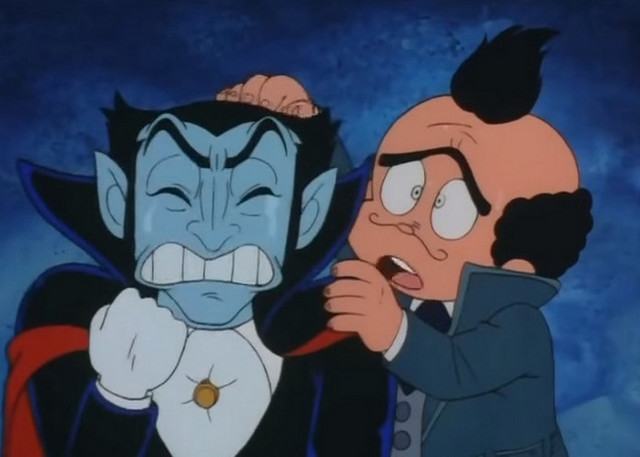 Profile: A horror-themed comedy based on the manga by none-other-than Osamu Tezuka himself, Don Dracula only managed to animate 8 episodes before the commercial sponsors funding it went bankrupt. Highlights of the series include Dracula's cute daughter, Chocola, and Van Helsing having an intestinal emergency and taking a poop in Dracula's coffin.

Comfort Level: Realizing that even people regarded as artistic geniuses have a few turkeys in their body of work.

Where you can find it: Don Dracula used to be available via streaming on Viki and YouTube, but at the time of this writing, these videos are no longer available in the United States. 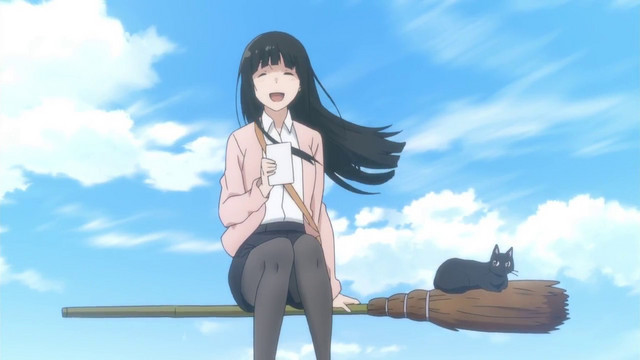 Profile: A cozy little tale that follows the apprentice training of a would-be witch with no sense of direction as she lives with her cousins in the Japanese countryside, Flying Witch celebrates all of the little things that make life worth living, such as gathering wild herbs, spontaneously chasing pheasants, and making poor life decisions after imbibing a few too many adult beverages.

Comfort Level: Being swaddled in your warmest blanket with a warm cup of cocoa (complete with marshmallows) on a chilly winter day.

Where you can find it: Flying Witch is currently streaming on Crunchyroll, and the series is also released on DVD and Bluray in North America by Sentai Filmworks. An English language version of the Flying Witch manga is published by Vertical. 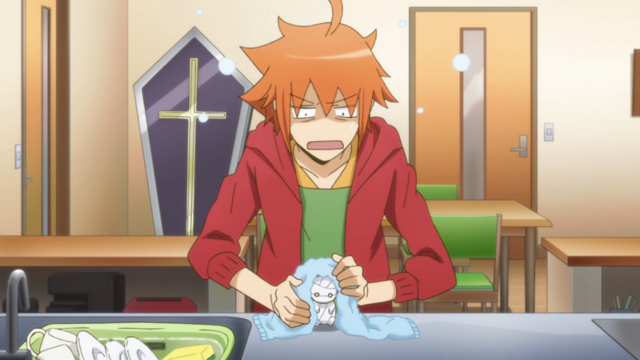 Profile: Caring for an animal companion can be a huge responsibility, but what if the pet in question is an ancient Egyptian mummy that can fit in the palm of your hand? How to Keep a Mummy is a short-form series that's sure to deliver bite-sized moments of bliss for even the sternest monster-lovers.

Where you can find it: How to Keep a Mummy is currently streaming on Crunchyroll. 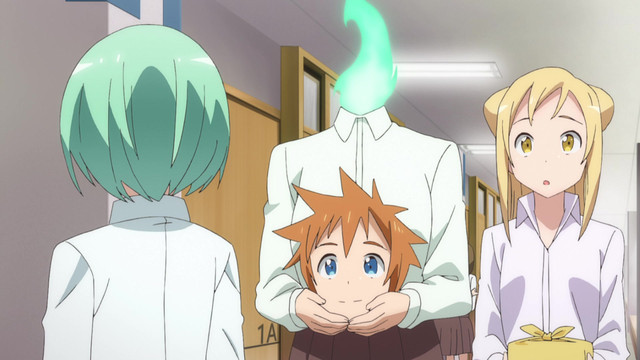 Profile: Overcoming physical disabilities and pushing back against social stigmas are a daily challenge for the demihuman high school students in this heart-warming and humorous TV anime based on the manga by Petos. And you thought your adolescence was weird...

Comfort Level: The realization, muted by the distance of decades, that maybe high school wasn't that terrible after all.

Where you can find it: Interviews with Monster Girls is currently streaming on Crunchyroll. An English language version of the original manga is available from Kodansha Comics, and the series is released in North America on a Bluray/DVD combo pack by Funimation. 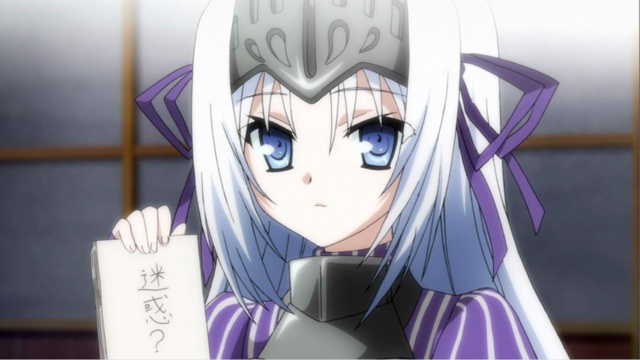 Is This a Zombie?

Profile: Ayumu Aikawa is an ordinary high school student who has to deal with the curse of undeath as well as a harem of supernatural interlopers including a reticent necromancer and a chainsaw-wielding magical girl in this light novel-based comedy that is silly, ultra-violent, and just a bit lewd.

Comfort Level: That numb, prickly sensation you get when you sleep in a weird position and your entire left arm falls asleep.

Where you can find it: Both seasons of Is This a Zombie? are currently streaming on Funimation, and Funimation also releases the series in North America on a Bluray/DVD combo pack. An English language version of the manga adaptation is also available from Yen Press. 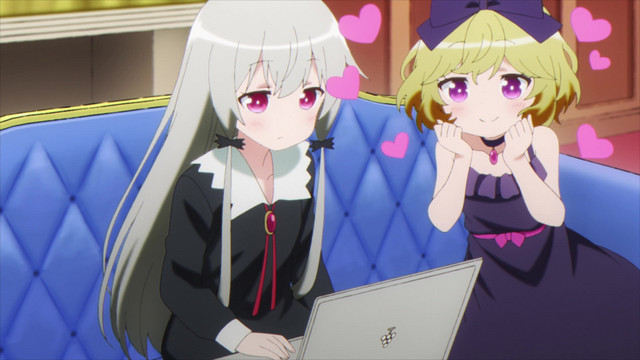 Ms. Vampire who lives in my neighborhood.

Profile: It's a tale as old as time: girl meets girl. Girl loses girl. Girl discovers girl is a centuries old vampire, then gets girl back again by unceremoniously moving into her mansion along with her collection of creepy dolls. Vampire girl orders otaku merchandise online. Vampire girl's friends show up. Truly, it's a close encounter of the moe kind.

Comfort Level: The supreme satisfaction of ordering pizza online and then having it delivered straight to your door and eating it off of paper plates rather than cooking a real meal and then having to clean up the kitchen and the dishes afterwards.

Where you can find it: Ms. Vampire who lives in my neighborhood. is currently streaming on Crunchyroll. 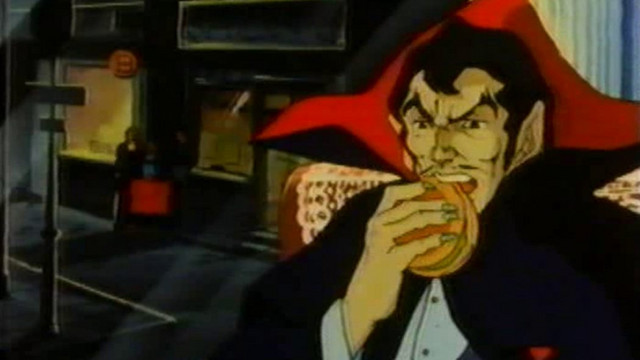 And there you have it, a (mostly) wholesome list of monster-themed anime for celebrating the Halloween season in a not-too-spooky manner. The titles here are by no means exhaustive—we didn't even mention Toei's 1980 masterpiece, Dracula: Sovereign of the Damned (pictured above)—nor did we delve into other honorable mentions such as As Miss Beelzebub Likes it. or MONSTER MUSUME EVERYDAY LIFE WITH MONSTER GIRLS.

There's a whole world of cute and cuddly Halloween-appropriate anime out there, just waiting to be discovered. What are some of your favorite non-scary series? Let us know in the comments, and be sure to have a Happy Halloweeen!

Appreciating Some of Anime's Finest Vampires on Bat Appreciation Day