The Weird and Wonderful Worlds of Columns II and Ichidant-R

This time, SEGA dusted off the weird and lesser known Columns 2 and Puzzle & Action: Ichidant-R! 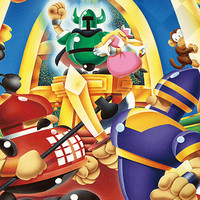 Arcade games always have a special allure to them. Lots of experimentation, lots of new ideas and ways to eat quarters, and also lots of difficulty bringing those games perfectly to the home console market. In a previous review, we took a look at SEGA AGES versions of Space Harrier and Puyo Puyo, which attempted to bring the arcade magic of those games to the Switch, taking advantage of the fact that modern hardware has allowed games to recreate their arcade perfect selves. 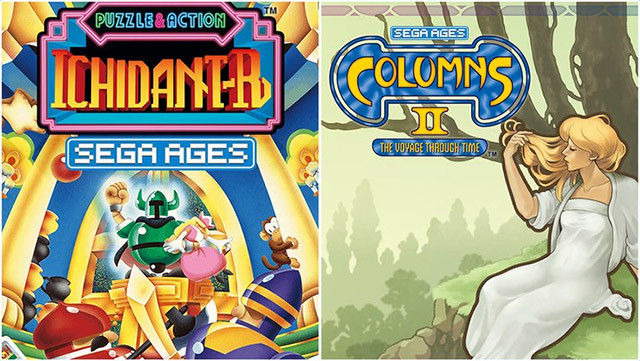 For many of the SEGA AGES titles, the focus has been on classic, well known titles, like Sonic the Hedgehog, Outrun, Phantasy Star, Alex Kidd and other famous SEGA franchises have already had their time in the limelight. But what about lesser known, weirder titles? Thanks to our friends at SEGA, we were given a chance to check out two titles that fit that bill: Columns II: The Voyage Through Time, and Ichidant-R, and boy were we surprised by these two! 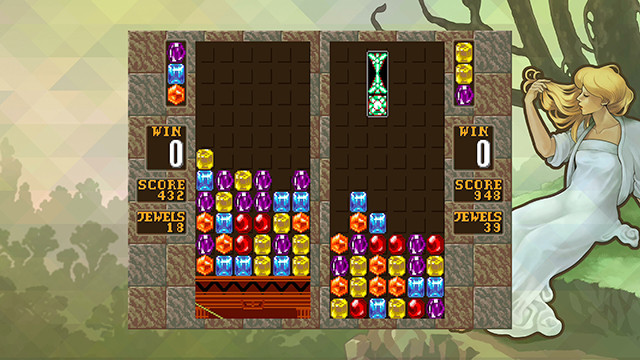 Columns II is perhaps the simpler of the two to talk about: the sequel to the original puzzler Columns, Columns II is a game that’s eluded home release for a while, having been an arcade only release for much of its life except for a port to the SEGA Saturn; interestingly enough, its sequel, Columns III would see release on the Genesis, which explains why many SEGA Genesis compilations tend to skip from Columns I to III. And, frankly, that’s a bit of a shame! Columns has always been a somewhat unique puzzle game, as much of its action runs counter to what players familiar with Tetris or Puyo Puyo might expect: while combinations can be made horizontally and vertically, Columns really shines from careful consideration of diagonal plays to clear boards and create combos.

Columns II: The Voyage Through Time features two distinct modes of play: Flash Columns, and Vs Columns. Flash Columns takes players on a journey through time (hence the name) where they are tasked with completing 70 frankly punishing stages. The name “Flash Columns” refers to the fact that players are presented with a board that is already partially filled with gems (or other weird objects, like fossils or futuristic orbs; remember, time travel) that includes numerous flashing gem/fossil/things. The only way to clear a stage is to burrow down into the level and clear those flashing gems, a task that becomes increasingly difficult as the speed of the game picks up, and your own poorly laid out plans create unwanted consequences as you become your own worst enemy. 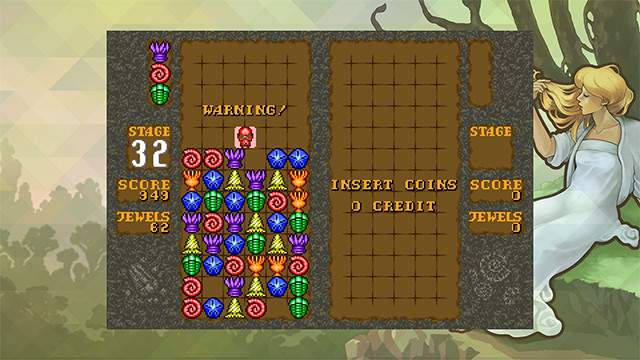 Along the way, players will run into Skulls, which appear in the board and act as a roadblock: clear them, and the entire board will be ratcheted up, meaning you have less space to work with! Flash Columns left me with what I can only describe as two distinct feelings: that I just didn't get Columns, or that I was so hyper aware of Columns that I knew the moment I had lost a board from a single set of 3 gems being placed. It was a weird feeling, to say the least, to oscillate between knowing the game is hard, to knowing the game well enough to realize I had already lost 30 seconds into a level. Thankfully, with unlimited continues and save states, this allowed me to play through the entire 70 stages of Columns II and feel a sense of accomplishment that, in an arcade, would likely have been physically impossible or extremely expensive.

Columns II runs so counter to the way most other puzzle games play (the focus on the diagonal being key to playing the game) that at times I found myself getting in my own way, trying to stack vertical or horizontal matches of icons, only for the board state to either remain exactly the same as it was, or in some cases, be even worse than it was before I cleared things. There aren’t many options to rotate or “drop” pieces either, which means that 3 stack high block is going somewhere, and you need to find the absolute best order and position for it to drop before you end up replaying that level all over again. Some stages would feel like a breeze, and others would be a grueling 30 minute long battle. 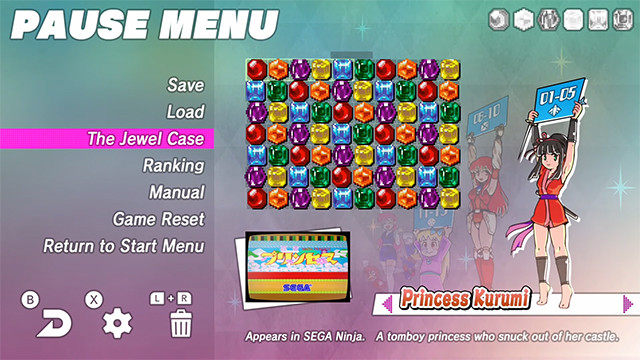 In the end, I was surprised at how I grew to actually like Columns II unique gameplay and challenge, where I initially came in comparing it only to other puzzle games, and despairing when the "wrong" 3 sets of jewels dropped. My reward for clearing all of these stages were the “Jewel Case”, a cute bonus added for SEGA AGES that features various “Jewels” of SEGA’s gaming collection, such as Nei from Phantasy Star II, and running through some frankly obscure SEGA characters and games to round out the overall collection. Having some goal or achievement to work towards, even if it was just an image of a cute SEGA character, really did help make me want to play more of Columns II, where I likely would have otherwise just played it till I got my fill and maybe picked it up occasionally afterwards.

In fact, compared to the SEGA AGES Puyo Puyo version, Columns II feels like a more robust package. Versus mode in Columns II allows 2 players to face off head to head in a format that plays like the original Columns, with each player building their board over time and trying to defeat the other (or simply outlast them) by creating cascading combos and chains. You can also take the game online and challenge other people to face you in Columns, although I must admit the overall community for such a game feels fairly small. Still, it is a nice addition to the game that gives it some extra life. There is also an included version of the original Columns as well, which gives you the option to play “regular” columns if Flash Columns is too difficult or tiring, and also gives you the ability to turn on “Skull Smash” which lets you play Flash Columns without the dreaded Skulls appearing. All of these really do create a nice package that spruces up a unique and absent part of the Columns family of games, and will really test your puzzle mettle, especially if, like me, you’re too used to those lovable tetrominos! 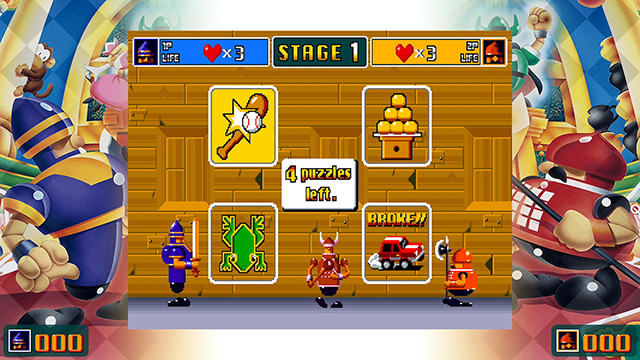 While Columns II was fun, the real gem in the rough of this duo of releases is Puzzle and Action: Ichidant-R. Ichidant-R is the sequel to Puzzle & Action: Tant-R, itself a spin-off of Bonanza Bros. The Bonanza Bros. heroes, Robo and Mobo, shed their original jobs to become detectives (Tant-R), Medieval knights (Ichidant-R), and reprising their roles as detectives in the final game, Treasure Hunt for the SEGA Saturn.

While that interesting tidbit of lore isn’t required, I was personally amazed to learn that Bonanza Bros. spawned such a unique trilogy of games in their own right, and Ichidant-R is perhaps the first SEGA AGES game that I’ve felt greatful to experience because of how unique the title is. Ostensibly, it’s a collection of minigame puzzles that players select from randomly; in some cases it wouldn’t be wrong to say the Puzzle & Action games feel like very early inspirations for Wario Ware titles. These games range from memory puzzles to mazes and almost everything in between, with a somewhat shocking amount of variety given the age of the game. 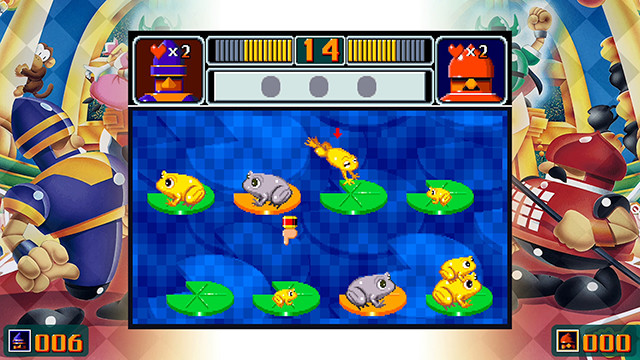 While Ichidant-R is a very interesting and fun game, there are a few minigames that just aren’t very fun. The pencil sharpening game feels like an absolute nightmare on the analog sticks of the Joy-Con controller, and while the Pro controller is a bit better, this certainly feels like a game that didn’t age well after the removal of the arcade stick it expects you to be using. Other times games can just get ridiculously difficult; one of Ichidant-R’s biggest features is the oppressive time limit you have to complete a round of the minigame you’re on, and sometimes a single error can spell doom for an entire attempt at the game.

This is fine, since we have unlimited continues, and one nice feature is that when you continue from a game over, the game seems to recognize this and tones down the difficulty a bit before ramping it back up. Still, there are some games I definitely don’t want to play again, and some that I found fun enough to keep me going or replaying the game. Two players can play, as well, making it a bit of a challenge to see who will complete their games faster and essentially team up to take on the challenges the game presents you wish. 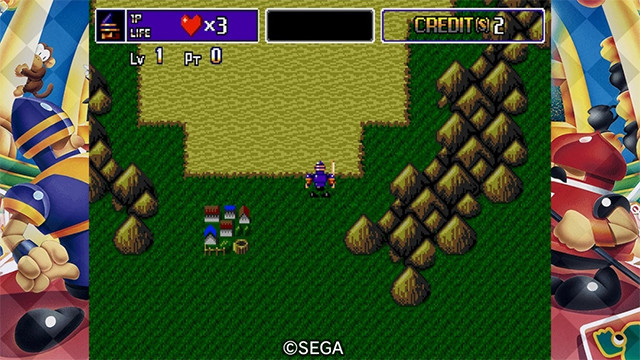 However, Ichidant-R’s true magic shines in the extras included in this SEGA AGES release. SEGA really went all out for the first official Western release of Ichidant-R, presenting players with the option to try out the Mega Drive version of the game. The biggest differences here is a “Quest” mode that is almost like a miniature RPG coupled with minigames, where players roam around an overworld map, fight off enemies (who challenge them to minigames), and collect the Philosopher Stones in order to save the kingdom.

Unfortunately, the entire Mega Drive version is in Japanese, and given the amount of text in the game this is understandably something probably not worth the investment in to translate. To mitigate this factor, SEGA’s manual for the game (available online here) includes a full walkthrough to help you experience the unique Quest mode, and also has the explanation for the 2-4 player Mega Drive only Competition mode, where players compete against one another to try and reach the boss first and be the one to bring them down! The Mega Drive mode offered in this version is worth the price of admission alone, letting players explore a game that would have never likely seen the light of day in the West in any other circumstance. 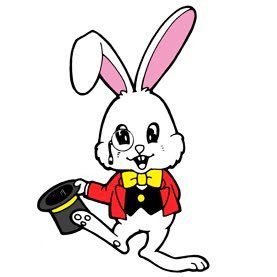 In our previous review of SEGA AGES titles, we mentioned that sometimes these versions of the games introduce new, arcade perfect versions of games with some updates, like Space Harrier, and others present a somewhat flat experience of the game as it was, like Puyo Puyo. In these two titles, Columns II and Ichidant-R, SEGA AGES really shines for the showcase of games it was meant to be. Not only do players get to experience arcade perfect ports of these two previously forgotten and unpublished games, they also get a bevvy of extras, with Ichidant-R’s Mega Drive mode really taking the cake. If this is the kind of quality that gamers can expect from SEGA AGES releases, they have a lot to look forward to as the line continues to grow; for now, do yourself a favor and pick up both of these if you love puzzle games, or simply like experiencing unique games that you can’t get anywhere else!

+ Lots of extras; Mega Drive Mode in Ichidant-R is worth the purchase alone.

+ Both games look and sound great, and controls are generally spot on.

+/- Some of the minigames in Ichidant-R aren’t so great, and difficulty can be uneven.

- Tetris brain will really ruin you when trying to master Columns II. Go for the diagonals!

What’s your take on these hidden SEGA gems? Have you played any of the Puzzle & Action games before? Let us know what you think of the game in the comments!