Today we break down the differences in worldview guiding Legend of the Galactic Heroes' famous stars! 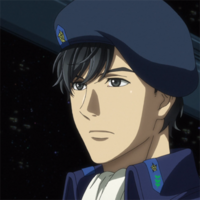 Hello all, and welcome back to Why It Works! In this season so stocked with high-quality sequels, I’ve personally been finding myself enjoying Legend of the Galactic Heroes’ second season even more than its first. With its two protagonists Yang Wen-li and Reinhard von Lohengramm each having established themselves as indispensable military geniuses, they have at last reached the level of influence within each of their societies where they might truly hope to sculpt the future of their worlds. And yet, in the face of that opportunity, their reactions could not be more different. 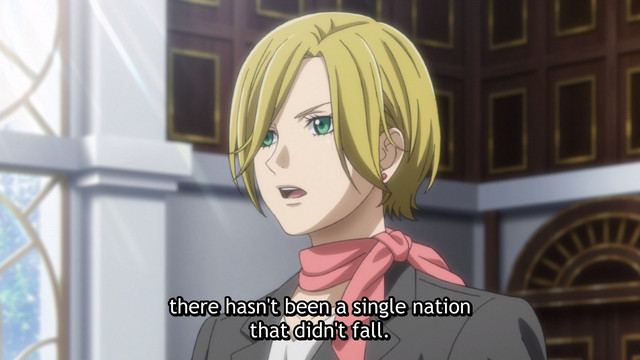 Legend of the Galactic Heroes made the scope of its political perspective bracingly clear in a recent episode, where one of Reinhard’s soon-to-be collaborators introduced herself by declaring how no human empire lasts forever, and all civilizations ultimately fall. It’s a statement that both Yang and Reinhard would readily agree with, and an understanding that guides their behavior - neither of them are driven by such near-sighted instincts as genuine patriotism. They are both taking the absolute long view, and working towards what they think would be best for people as a whole, regardless of what nation or which people are governing that future state. And yet, their approaches towards that goal are entirely different, yet neatly reflective of each of their personalities and upbringing.

Yang Wen-li grew up in the Alliance, a relatively stable democracy beset more by institutional corruption and flashes of extreme nationalism than outright large-scale oppression. For Yang, raised as the son of a merchant and incorporated through social programs into a reasonably satisfying life, commerce and compromise have long been constants, and the natural fallibility of man has always been a given. Yang is a clear humanist, and would likely trend towards pacifism as a personal philosophy, but he believes he can do more good as a general - that, and also he isn’t particularly good at asserting his own desires (another reason he trends towards compromises.) 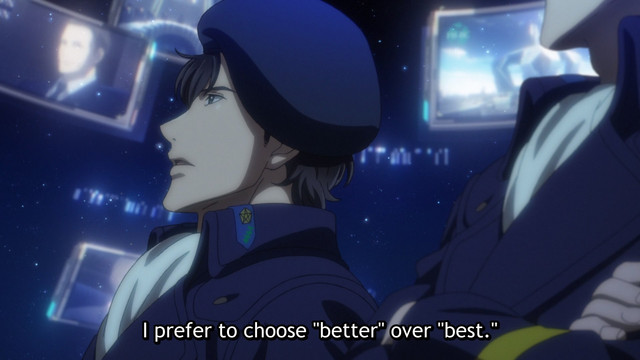 Yang rarely articulates his own hopes for the Alliance, likely because he knows his words carry great consequences, and could inspire unintended action. But his philosophy of incrementalism and risk avoidance, as well as his understanding of the frailty of mankind, is clear both in his perspective on peace, and his thoughts on revolution. Yang doesn’t seem to approve of outright overthrowing the Alliance, but he’s no foolish partisan. Though he firmly denied any wish to start a revolution (a statement he likely felt obligated to offer his most revolutionary-minded lieutenant), he still wishes to keep his adopted son out of the military, and prevent him from developing any feelings of loyalty towards the Alliance itself.

In contrast, Reinhard’s philosophy was not built out of positive experiences with government programs and generally successful compromises - his hardline revolutionary stance was built on necessity. While Yang spent his childhood largely unaccosted by the Alliance’s failings, Reinhard’s government made itself known as an oppressive, antagonistic force early in his life, when his sister was stolen away due to the whims of the emperor.

Reinhard’s philosophy has thus always been built on a backbone of “no matter what else happens, this government can no longer be tolerated.” His embrace of associates like the amoral Paul von Oberstein emphasize his willingness to do whatever is necessary, because his ultimate goal is so crucial, anything that might assist it must be embraced.

What good is “incremental change” within a stodgy, class-based empire? Reinhard fully understands that any non-structural change within this country would be insubstantial and easily reversed, and thus actually takes pleasure in destroying its rigid institutions. Whereas Yang attempts to achieve his goals with as little disruption as possible, Reinhard genuinely relishes the destruction of the old noble houses, which are not “corrupted,” but themselves fonts of corruption. There can be no pruning of a tree born from rotten fruit. 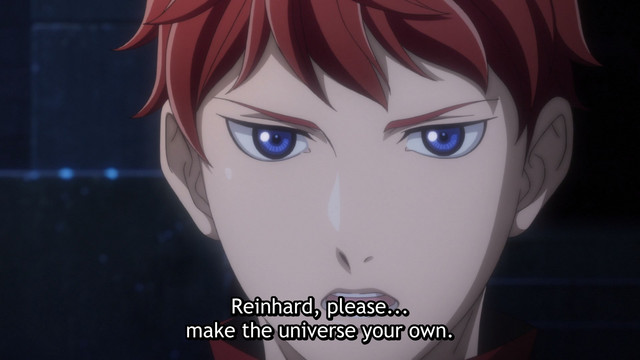 Neither Reinhard nor Yang are “more right” - both of their philosophies feel like coherent reflections of their personal circumstances, intelligence, ambition, and long view of human history. And their disagreement isn’t just a philosophical debate; you can see how their political perspectives reflect their personal characters even in their battle plans, where Yang specializes in minimizing damage and subterfuge, while Reinhard prefers bold, aggressive action.

Either of them could theoretically be a great leader, and collectively, they emphasize that we are greater than we know, and that the political and economic conditions of our lives should never be considered an unquestioned constant. Ultimately, Legend of the Galactic Heroes insists we recognize our own power, remember that all empires will fall, and know we have the power to hasten or halt their descent.

Tags
why it works, legend of the galactic heroes
« Previous Post
Hideo Kojima Will Finally Get to Make Movies at His New Studio
Next Post »
Little Witch Academia: Chamber of Time No Longer Available on Steam
Other Top News
4 Comments
Sort by: