It had so many good Pokémon and anime games 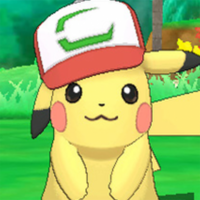 As we get ever closer to the release of Pokémon Sword and Shield, the main series' debut on a Nintendo home console, I find myself looking fondly at the 3DS that sits on the corner of my desk. While getting a Switch didn't spell immediate doom for my relationship with the 3DS, it did begin the countdown. Because with the Switch, there would be new Pokémon games (I buy most of my systems based on whether or not they'll eventually contain Pokémon games.) So it was only a matter of time before my journeys with X, Omega Ruby and Ultra Sun would become less frequent as I'd dive into whatever Pikachu-filled epics the Switch would offer me.

But I do not take my times with the Nintendo 3DS for granted. For the last few years, I've seen various people talk about being glad that the 3DS is dead and that they're happy they can finally play a new system, and I just can't relate. Because for me, the 3DS was the only thing that got me through the long Nintendo winter while they spent a few years figuring out what the WiiU was supposed to do. And if you enjoyed the WiiU, that's great! I don't want to diss anyone's experiences with any system, because as we all know, there are various moments in any video game console's life cycle when the new games seem to run dry or the rad console exclusives just aren't coming and you look at it and think "I spent $300 for this?" I just didn't get a lot out of the WiiU, personally. But the 3DS? Thick as thieves. 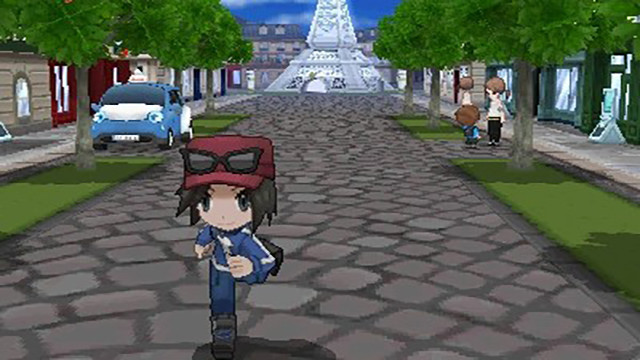 First of all, the 3DS delivered on those aforementioned Pokémon games with X/Y, the Omega Ruby/Alpha Sapphire remakes, Sun/Moon, and the remixes of those last games, Ultra Sun/Ultra Moon. I say remixes instead of "new versions" because Ultra Sun/Moon never felt connected to Sun/Moon in the same way that, say, Platinum connected to Diamond and Pearl. Instead, let me provide this comparison: You know when a song comes on the radio but all of a sudden you hear Pitbull yell during the beginning of it and the song's familiar bridge has been replaced by Pitbull talking about vodka and Miami? That's kinda what Ultra Sun/Moon were: "Sun and Moon feat. Pitbull." And I loved it. I loved all the little changes in both story, visuals, and monster line-ups that the Ultra versions gave us. I wrote a whole article about it if you're interested.

But X, Omega Ruby, Sun and then Ultra Sun were on constant repeat in my 3DS, especially after I got used to them. I've been playing Pokémon since 1998, so the move to 3D was weird. It didn't feel like Pokémon to me, instead coming off as Pokémon trying to Keep Up With The 3D Joneses of other series. But as I glided on my roller blades through the Kalos region of X, or re-explored Hoenn with Omega Ruby, suddenly it clicked. This game series was still charming and still provided the depth I needed for constant adventuring.

And now, the times I've played them have become unforgettable. X reminds me of my friend's old house where we played for hours on release day. Omega Ruby makes me recall the laundromat down the street from my apartment in Brooklyn where I'd sit and surf on my Wailord while I waited for clothes to dry. Sun helped me to reconnect with an old pal who reached out to me out of the blue with "I got Moon, can we trade some?" And I bought Ultra Sun on the first day that I moved back to North Carolina, christening my new apartment with it in the Ash Ketchum version of breaking a bottle against a departing ship.

And it wasn't just Pokémon that inhabited my 3DS. In addition to numerous Fire Emblem titles, a great Luigi's Mansion sequel and port of the original, and the transcendently good Legend of Zelda: Link Between Worlds, there were numerous anime/manga-based games. Along with original DS titles that got new life on my 3DS (Jump Ultimate Stars, One Piece: Gigant Battle 1 & 2, Dragon Ball: Attack of the Saiyans, Digimon World, Digimon World: Dawn, etc.) I also enjoyed Yo-kai Watch, Dragon Ball Z: Extreme Butoden, Phoenix Wright: Ace Attorney Trilogy, Tales of the Abyss, and One Piece: Unlimited World Red, which is a better game than anyone has given it credit for. You can play as every Straw Hat! Why aren't you booting it up right now? 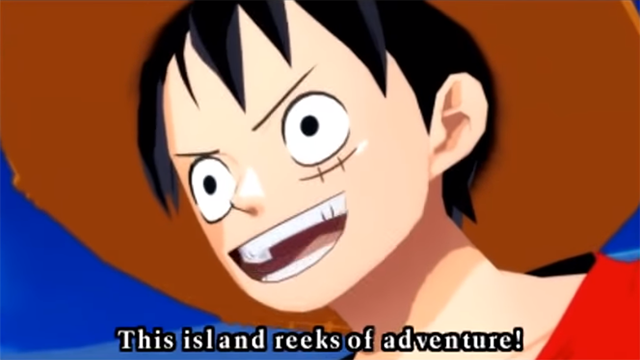 I had three different 3DS systems over time. The first I bought used and then sold because I was broke. The second I accidentally dropped in a drink called a "Rum Bucket" on the patio of a seafood restaurant (Yes, I played it when I went out every once in a while. I'm an awful dork, but I had a Hoenn Elite 4 to beat.) And the third, as I said, continues to sit on my desk. And as I write this, all I wanna do is start up Ultra Sun again, or maybe see how my Omega Ruby team is doing and bike around for a bit. One of the best things about the 3DS isn't just that it had a wealth of quality titles, but that those titles are intricate and expansive enough that they'll forever invite a trip to the power button.

So maybe this isn't goodbye, 3DS, but "See ya later." Because I'm not done with the games that you gave me. I'm just gonna take a momentary hiatus from them while I traverse Sword and Shield and see what Galar has to offer. After that, though, Alola better get ready. Because I'll be back.

What was your favorite 3DS game? How many anime titles did you play on it? Will you ever revisit it? Let us know in the comments!