After a huge absence, Monkey Ball is back! 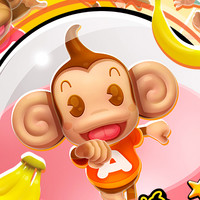 One of the stickier questions when it comes to videogames is imagining what classic games we enjoyed on older platforms would be like if they were updated for today’s controls and hardware. While new titles are always amazing and exciting, sometimes it can be nostalgic to think back to titles we wasted afternoons and weekends with when we were younger, games that were revolutionary at the time, but quietly faded into obscurity after numerous sequels and iterations made them commonplace or lackluster. Sadly, Super Monkey Ball is one such series, having been dormant for quite a while, with the main characters AiAi and MeeMee appearing as cameos in other games such as Yakuza more than in their own whimsical games. Super Monkey Ball: Banana Splitz was the last “regular” installment in the series, coming out for the Vita in 2012, and titles that followed it fell more into the category of spin-off than they did mainline titles. 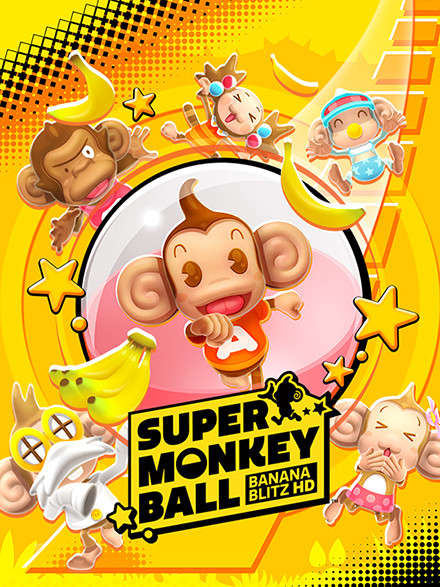 The announcement of Super Monkey Ball: Banana Blitz HD lit a bit of a fire in me: would we finally see some new Monkey Ball action on modern consoles? What would it even play like? Unfortunately, Banana Blitz HD is not a brand new Monkey Ball game, but itself an update to an even older title, a 13 year old Wii title of the same name that introduced motion controls to the series. Dreams of a new Monkey Ball thwarted, I was still curious to check out Banana Blitz HD, because I never played the Wii version (I wasn't too into motion controls at the time). Craving some classic monkey steering magic, I put in the code provided to us by our good pals over at SEGA and took the monkeys out for a spin on my Switch to see what sorts of adventures awaited. 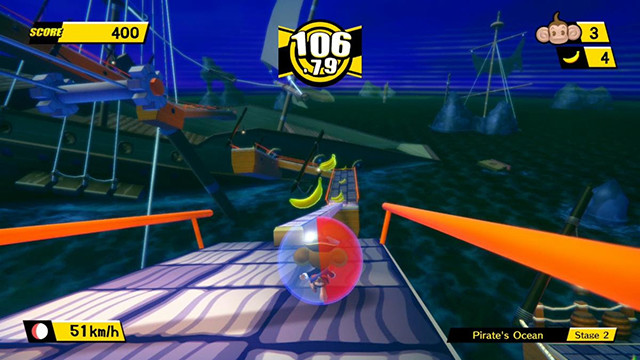 If you’re new to Super Monkey Ball, it’s basically a combination of obstacle course navigation and mini-golf, as you’re steering your chosen monkey (who all have various stat differences which affect how fast they are, how well they jump, and other control related functions) through increasingly wild stages. The goal of every stage is simple: get to the goal and roll through it. The challenge of the game comes from managing your speed and the various challenges that the courses will provide, constantly finding new ways to push you over the board edge or rebounding wildly off an obstacle and plummeting to your doom. The controls are arcade heyday simple: you steer with the left analog stick, and you can also jump with the face buttons, and that’s it; the game has no other mysterious controls or combinations you need to know.

In practice, this is fantastic, but this is one of the first places where the revamp from the Wii to non-motion controls rears its ugly head: you can’t change or steer the camera in any way, and the right analog stick is right there. While camera controls might have been difficult on a motion oriented controller, on regular inputs, the inability to move the camera in any way occasionally made parts of the game extremely frustrating, especially during boss battles. Otherwise, the controls of the game work quite fine, and the analog controls of steering your monkeys works like a dream, with tight controls which really matter in various sections of the game. 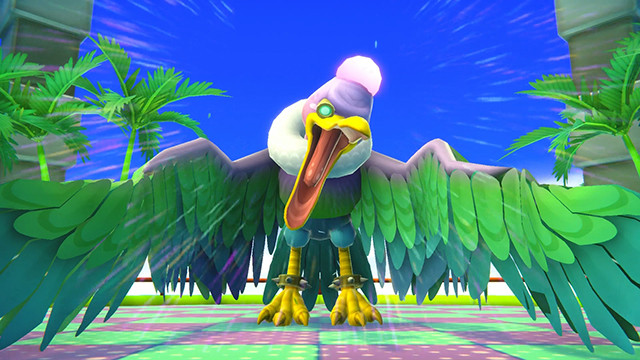 Players will find themselves tasked with completing a 100 stage campaign to get back the precious bananas from a nefarious gorilla pirate and his cohorts. That’s about all the story you need (let’s be honest; no one came here for a story) as you embark on completing the various worlds of the game, each introducing new challenges and stage types to confound you. Overall, the 100 levels of the game are stellar, and the game plays great, even in the most challenging aspects of navigating the stages. You’re tasked with puzzling them out, figuring out the best paths, speeds, and ways to overcome the various obstacles you’ll find in order to get to the goal in time. In-between regular stages that have you focused on going from the start to the goal, you’ll also find one bonus stage per world that asks you to collect a target number of bananas within a time limit, and the final stage of every world is a boss battle, requiring you to find ways to hit the boss’s weak points and defeat them.

At this point, I think it is only fair to be totally honest: I would have loved his game wholeheartedly if these boss fights were NOT in the game. Everything else about Banana Blitz HD is fantastic: the worlds are fun, the stages are challenging, and the music, while not groundbreaking, is fitting and fun. The boss battles, however, are an absolute chore. They are a literal speedbump that doesn’t just stop your momentum, but also destroys the front end of your car. Each boss has a different gimmick, and I found them to become more and more of a burden as the game went on, causing me to put the game down for lack of desire to try and get past them after a few attempts. This really took me out of the game, as I had been enjoying the game through the first world and even second world without much of an issue, but the third world’s boss was the first major roadblock I hit that just drained my energy to continue with the game for a while. When I finally came back to it, I have to admit that throwing myself at the bosses over and over again just stunted my enjoyment of the game; for every 9 stages of madcap fun rolling around and clearing goals, I was forced to sit through 1 extremely bad boss fight that felt like taking a bite out of broccoli dipped in medicine. 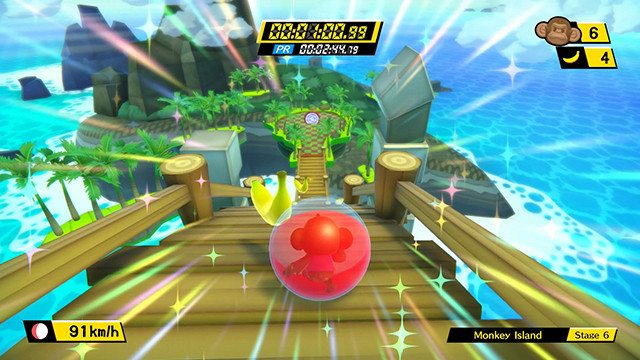 Sadly, this is compounded further by the medal mechanic that the game has. In order to challenge players, each world has a medal they can attempt to receive if they complete every stage in a world without continuing. This means that if you absolutely nail all of the stages in a given world, you’ll end up wasting all of that progress with a bad run in with a boss, which then will force you to do the entire world all over again to try again. If you’re a completionist, this somewhat annoying wrinkle may challenge you in a way that isn’t fun, and I have to say for me it was a drag. If you play through without caring about the medal on your first attempt, then you probably won’t care too much, but it still means that you’ll likely have to come back and do the entire world all over again, hinging everything not on your mastery of the courses, but frankly on dumb luck against the bosses, whose gimmicky battles tend to involve a lot of unfortunate and unforced ring outs that can’t be avoided.

That, perhaps, is the biggest bummer in the game: the bosses aren’t challenging in the sense that they are an obstacle to overcome, they’re instead frustrating and somewhat unworkable messes that ask the game to handle things it wasn't meant to handle. The boss of the third world, for example, would consistently send me flying out of the ring at the slightest bump during his spin, or trap me underneath him until I would finally be flung out in any direction from the built up momentum the game seemed to assign me. The second boss, who asks you to reflect back missiles at him, would consistently get me trapped in the explosions that damaged him, sending me flying too; in one particularly frustrating incident, I reflected back what would have been the fatal rocket at him, only to get ringed out at the same time, forcing me to redo the entire world over again. 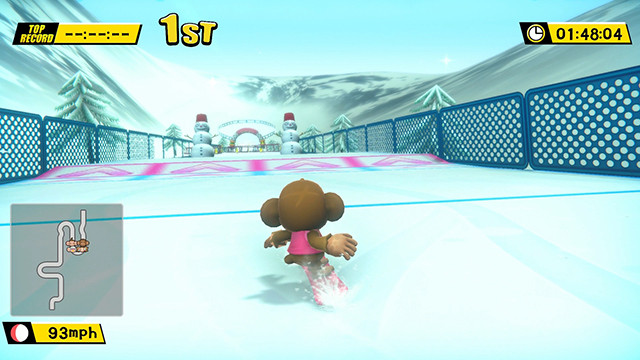 Aside from the campaign, there are some multiplayer minigames to play. Anyone who played the original Banana Blitz Wii release might remember that this game originally had 50 minigames, but the HD version only has 10, mostly due to the fact that the other 40 games required motion controls. In my opinion, I’m not sure if this is a loss or not; while the games aren’t available, I can’t say I ever really enjoyed many motion based games on the Wii, and so these games being nixed from this release doesn’t affect my enjoyment of the game much.

Instead, I will say that the 10 games presented here are fun little diversions, but that’s about all they offer: diversion. You can’t play them online, and require another person to be in the room with you to play multiplayer. Again, this isn’t really a deal breaker, but I would say that the multiplayer options aren’t very robust; they are basically a bonus for the main campaign, which is the major buying point for the overall package. While I had fun playing the multiplayer and minigames with my partner, I certainly wouldn’t break out Banana Blitz HD just to play them again. 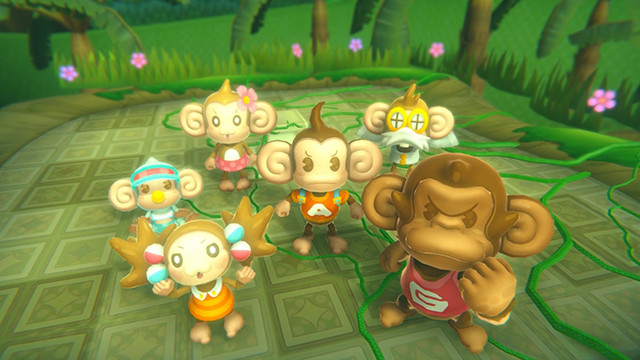 Overall, I think I’m split on Super Monkey Ball: Banana Blitz HD. I enjoy the overall gameplay in the 100 stages, and just wish the boss battles weren’t there. But the stuff that is there is fun and fast, allowing you to get a taste of the original magic that is Monkey Ball. Perhaps Banana Blitz HD will be a sign that SEGA is interested in starting up new Monkey Ball projects, so I hope that they will consider doing so; seeing one that takes advantage of modern controls and systems would be absolutely amazing. Until then, I’ll certainly consider playing parts of Banana Blitz HD again when the nostalgia for monkey magic strikes, but I can’t say this is the Monkey Ball game I want; it’s just the one I have right now.

+ Fun racing and puzzle solving mix of Monkey Ball magic.
+ Game runs and looks great on modern hardware with no slowdown or framerate issues.
+/- Controls are good, although limited; a camera control would have been a godsend.
- Boss fights are an absolute drag and takes the fun out of the campaign experience.

Are you a Monkey Ball maniac? Did you play the original Super Monkey Ball: Banana Blitz? Let us know what you think of the game in the comments!