From Fullmetal Alchemist to Bakemonogatari and beyond, let's explore the tremendous talent behind Midoriya's latest teacher, the exceptional Shinichiro Miki! 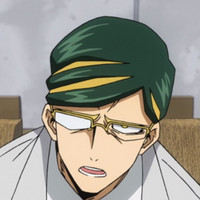 Hey all, and welcome back to Why It Works! The fourth season of My Hero Academia has been a slow burner so far, as the villains prepare for their next moves while Midoriya works to join Sir Nighteye’s hero agency. But even if the on-screen action might be a little slow in coming, I’ve still found myself frequently captivated by Sir Nighteye’s spider-like movements and sneering attitude. In the manga, Sir Nighteye was already a fine enough character; in anime, I realize he was always meant to be voiced, and in particular meant to be voiced by Shinichiro Miki. With his usual gravily relish and smug delivery, Shinichiro Miki is absolutely killing it as Sir Nighteye, as he has done for so many characters before. 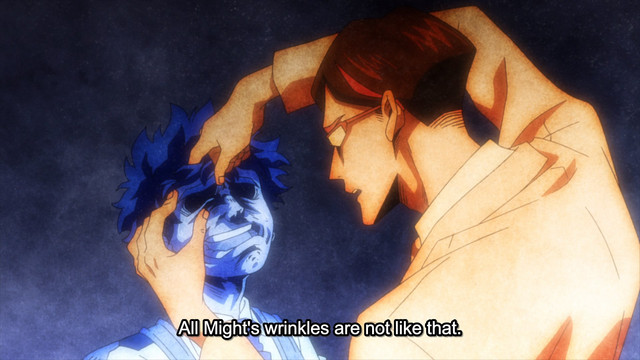 Japanese voice actors are often underappreciated by foreign fans, and for understandable reasons: when you can’t actually understand the words someone is saying, it’s far more difficult to tell whether their performance is impressive or not. On top of that, the way different languages and cultures convey certain emotional stresses is also different, meaning what comes across as “overacting” in one sphere might seem perfectly natural in another. In spite of this, great acting is still great acting - and once you develop an ear for it, the nuance and expressiveness of the great anime voice actors is yet another thing to love about anime. Shinichiro Miki was one of the first actors who taught me that, and today I’d like to celebrate some of the many roles within his very impressive career!

Shinichiro Miki has starred in a vast variety of productions (he was even Batman at one point!), but for me, his voice will always be tied in some way to Nisemonogatari’s Kaiki Deishuu. A conman through and through, Kaiki enters the Monogatari narrative by deceiving and poisoning the protagonist’s younger sister, during the course of selling fake charms to middle schoolers. Kaiki remains a seedy and untrustworthy presence all through his time in Monogatari, and Miki’s lethargic, rasping voice is the perfect fit to capture all of his greater and lesser qualities. 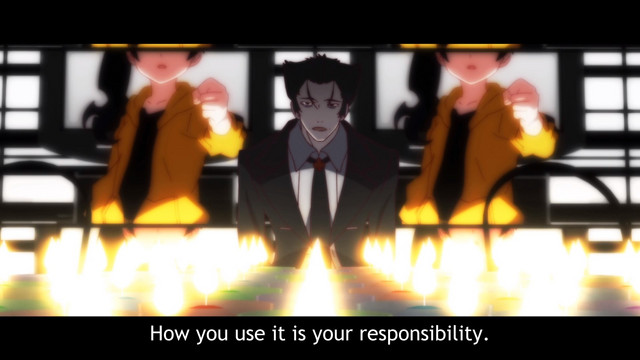 As with Sir Nighteye, Kaiki’s character affects a sense of control so complete it often feels like he’s actually bored; both of them come across like they could crush you like a bug, but see no reason to do so. It’s not just their narrative power that creates that sensation - it’s Miki’s voice, naturally predisposed to arrogance, but capable of great vulnerability as well. In spite of entering the narrative via the poisoning of middle schoolers, Kaiki actually becomes a reliable and sympathetic presence within Monogatari, eventually adopting the role of something like a fatigued yet indulgent uncle to the main cast. Capable of both withering inhumanity and also urging his niece to eat lots of meat in order to grow strong, Shinichiro Miki embodies Kaiki, making a contradiction of a character into a flesh-and-blood human being.

Shinichiro Miki doesn’t just play antagonistic schemers, though. Well, he at least plays different types of schemers, as demonstrated during his tenure on Fullmetal Alchemist: Brotherhood as Roy Mustang. Roy Mustang demonstrates a different side of Miki, as he depicts a confident, seasoned soldier with ambitions of changing the whole world. The gravelly tone that gives Kaiki and Nighteye an inherent sense of fatigue or superiority is through Mustang converted into something more like a sensual smolder, while his cracking high notes, often used to naturally mock the assumptions of his enemies, are here more often aimed at himself. 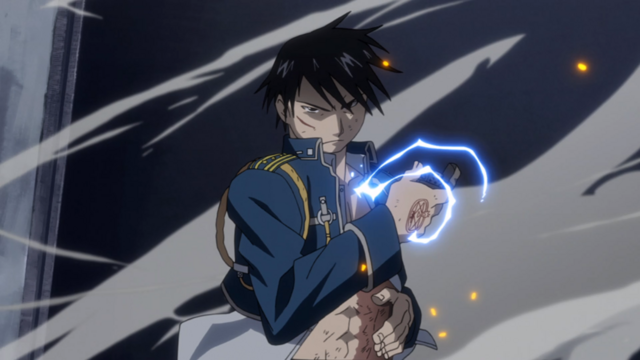 To put it bluntly, Roy Mustang is hot, and hot in ways that naturally benefit from Miki’s unique strengths as an actor. Though it can also come across as frail and reedy, Mustang demonstrates that Miki’s voice is capable of commanding authority, as well as a kind of rakish, self-effacing confidence. The rasping layers of Miki’s voice echo the wartime experiences Mustang cannot put behind him, while making him the perfect begrudging mentor for the young Elrics. Mustang is a great character under any circumstances, but Shinichiro Miki elevates him into an electrifying on-screen presence.

Finally, while Shinichiro Miki is clearly very comfortable playing commanding, overbearing presences, he’s also equally comfortable conveying great frailty and vulnerability. Though he only appears well into the show’s first season, Miki’s performance as March comes in like a lion’s Kai Shimada is one of the highlights of that brilliant drama. Initially offering a sanctuary to March’s unhappy protagonist Rei, where he can practice playing shogi against kind and accommodating peers, Shimada ultimately ends up serving as challenger to the greatest living shogi player.

Shimada’s age, anxieties, and poor health mean he actually ends up switching roles with Rei, and being protected by his much younger friend as he fights to make his provincial hometown proud. Shinichiro Miki’s wavering tone brings both Shimada’s strength and his fragility to life, offering one of the most dynamic and sympathetic portrayals of a middle-aged character in recent anime. 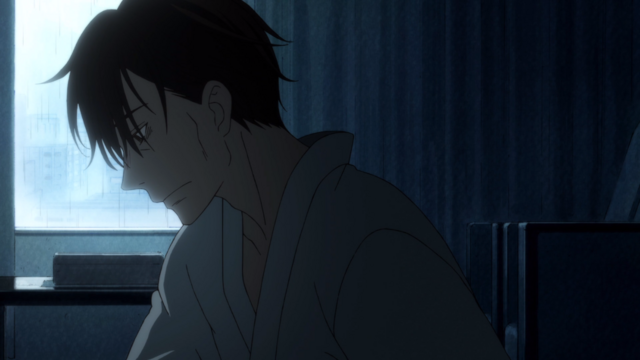 No matter the role he is given, Shinichiro Miki is one of those actors whose presence makes every production greater, infusing at least one character with dynamic emotional range, human frailty, and a flat-out sonorous voice. But Miki is not alone in his talents; there are a tremendous number of staggeringly talented anime voice actors, and learning to appreciate the nuances of their performances has greatly enhanced my enjoyment of anime as a whole. I hope you’ve enjoyed this exploration of just a few Shinichiro Miki highlights, and please let me know your own favorite Miki performances or voice actors in the comments!

Tags
why it works, my hero academia, bakemonogatari, full metal alchemist: brotherhood, march comes in like a lion
« Previous Post
It Director Andy Muschietti Touches on Live-Action Attack on Titan and Macross Projects
Next Post »
Crunchyroll Takes on the Big Apple, Rounding Out the Year at Anime NYC!
Other Top News
9 Comments
Sort by: