First Look at Emilia's Past in the Re:ZERO: The Frozen Bonds OVA!

The second OVA of the hit anime series Re:ZERO -Starting Life in Another World- hit Japanese theaters like a snowstorm 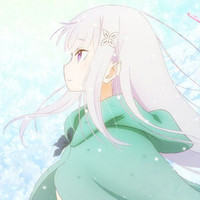 Bridging the gap between Season 1 and Season 2 of Re:ZERO -Starting Life in Another World-, the second OVA, The Frozen Bonds, was released into Japanese cinemas earlier this month. Our Japan Correspondent, Daryl Harding, faced the bitter winter air to give us his impression of the OVA from the EJ Anime Theater in Shinjuku. 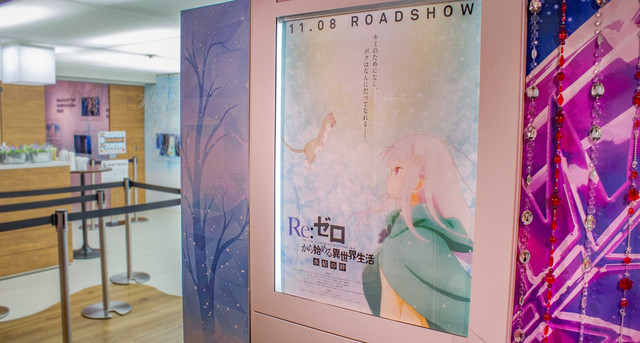 Poster of the release inside the EJ Anime Cafe, which was doing a Re:ZERO collaboration

A year after the release of the Re:ZERO -Starting Life in Another World- Memory Snow OVA into Japanese theaters, the next OVA adaptation of the series, The Frozen Bonds, builds on the story from Memory Snow and gives viewers a cool taste of what’s to come in Season 2. While the story is “ice-olated”, the main meat and the emotional payoff will likely be found in the upcoming episodes, whenever they release.

Seven years before the events of the anime series, Emilia and Puck are living ostracised in a wintery forest, surrounded by frozen elves. Emilia scrapes by, collecting magical crystals and slaying monsters for the nearby village. Their life is upturned when the Great Spirit of Fire Melakuera comes looking for a fight.

At less than an hour, the OVA has to cover a lot of ground that the anime watcher just doesn’t know about yet, because it’ll likely be in the next season. Which would be fine—because we’ll see it soon enough—except the OVA also cut out a lot of the set up for the actual story, leaving it feeling disjointed and aimlessly paced. A longer run time would have been better to set up the story and finish it off properly. The entire thing felt like a 2 episode flashback, without the next week’s episode coming along to wrap up the storyline.

The film solely focused on Emilia and Puck, without any of the other characters. If you love Emilia (like Subaru), you’ll be in for a great time; if you enjoy watching Emilia suffer, you’ll also be in for a great time. Personally, I think Re:ZERO shines when the entire cast is bouncing off of each other, quipping and suffering together. The Frozen Bonds lacks that togetherness that the rest of the series has, that I felt was missing throughout the OVA. Mind you, the people I saw it with loved that the OVA was focused on just the one character and gave more of an insight into just Emilia. 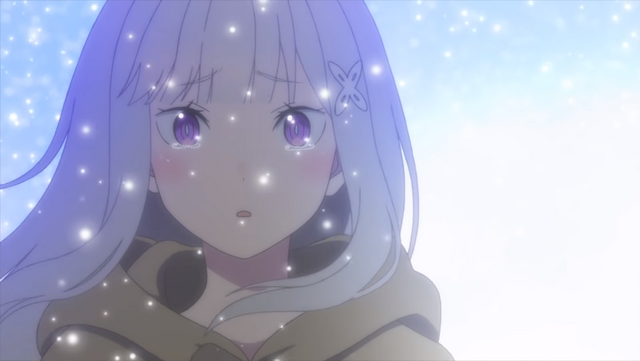 Rie Takahashi once again nails the character of Emilia. It’d be hard for anyone to basically carry a long OVA like this by themselves, but Takahashi does it with ease. This is the second time this year that Takahashi has had to mostly carry a long stretch of animation with her own performance (the other being Megumin in KONOSUBA: Legends of Crimson), and she pulls out show-stealing performances like they’re nothing. Takahashi also performs an insert song in The Frozen Bonds that sounds downright beautiful and is used at the perfect time.

The emotional beats of the story were built up well during the OVA’s run time. I got to see a deeper bond between Emilia and Puck that culminated in this really touching moment at the end of the OVA with swirling music and rock-solid animation. In fact, the entire OVA looked great. It was a real step up from the 2016 anime series, and for the action scenes, it looked spectacular on the big screen. Director Masaharu Watanabe knows how to direct good action, and it’s exciting to see him get fired up for The Frozen Bonds. If this is the level of animation we’re going to see for Season 2, we’re in for a very enjoyable time! 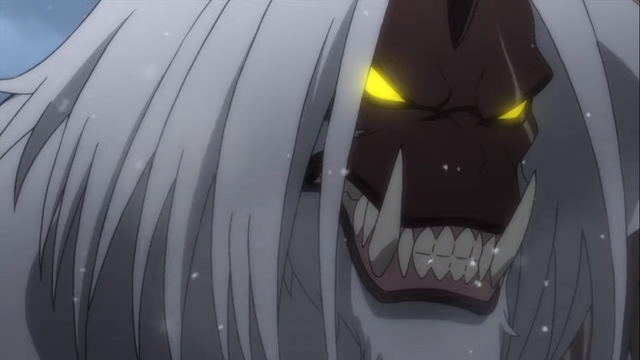 At my showing, there was this fun little clip at the start of the film with Betelgeuse telling cinema-goers to turn off their phones, be quiet, all that usual etiquette jazz. The style of animation was in the same vein as ISEKAI QUARTET and helped audiences get in the mood for a fun time. Not that the OVA was “fun” per se, just of an hour of Emilia suffering.

It’s hard to look at The Frozen Bonds without Memory Snow, as they both complement each other. By itself, The Frozen Bonds is a pretty unremarkable tale about Emilia’s past, but together with Memory Snow (and hopefully Season 2), the stories weave a portrait of a lonely half-elf. I’d fully recommend watching both OVAs together to get the full picture. 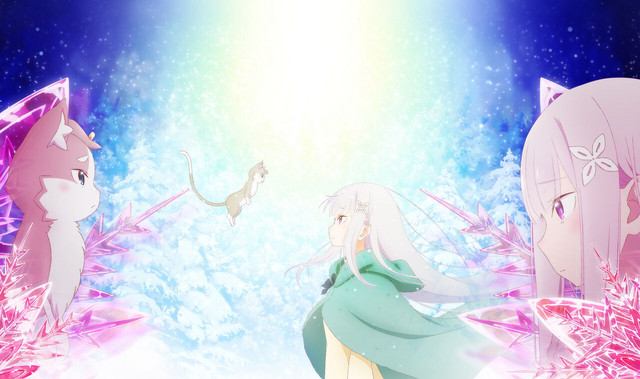 + Got a deeper insight into Emilia and Puck’s relationship

+/- Lack of supporting cast from the main series

- Needed to be longer to flesh out the story better

➡️ You can watch on Re:ZERO -Starting Life in Another World- on Crunchyroll! ⬅️