How to Talk to Your Family About Anime at Thanksgiving

Turkey Day is almost here, and that means it’s time to prep for loads of uncomfortable questions! 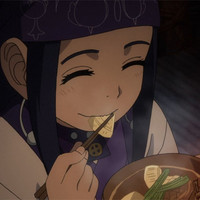 As the temperatures start to drop and the smell of pumpkin, cinnamon, peppermint, and chestnuts fills the air, that means only one thing: The holidays are on the way! Thanksgiving is something of a gateway to the mad dash that is the end of the year, and for Americans it tends to be one of the biggest days to get together with family far and wide to eat and spend time together (and then go shopping hours later). For some, this day comes with some extra added anxiety on top of turkey timers: where Grandma is going to sleep, whether or not you’ll still be forced to sit at the kids' table or not, and being asked questions about yourself from people you see one to two times a year.

Whether smalltalk or general interest, these questions assail you as you just try to enter the chill zone on your couch after eating roughly 3 lbs of food, or as you try to shake off the cobwebs in the morning and your family asks: “Hey, isn’t that balloon from that ANIME stuff you watch?” But never fear; we’ve derived some top tips to help you navigate how to talk to anime with your family at Thanksgiving, meaning that aside from heated political discussions and bathroom traffic jams, you should be able to safely get through the holiday with these tips! 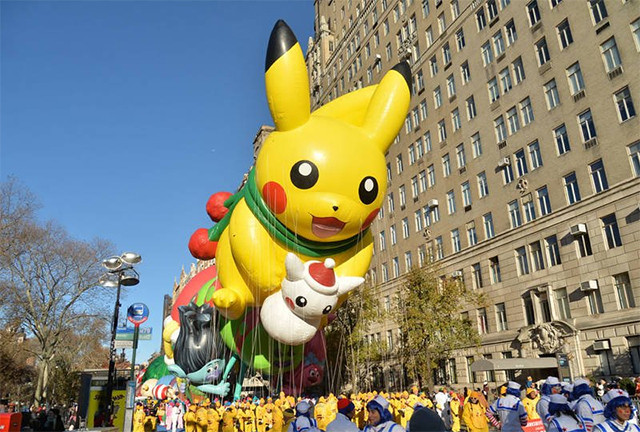 Let’s start with the dreaded: “What the heck is ‘ANNIE MAY’? Ain’t that just cartoons? Aren’t you a little old for that?” Look, this question may be a bit outdated in this day and age for many people, and generations of anime fans now exist at the same time; professional athletes and celebrities talk about growing up watching anime and reading manga these days. That said, it is still a question you’ll potentially get, especially from older relatives or those who don’t spend a lot of time around media. That said, this question is a bit of a minefield because it tends to be laden with a few somewhat passive aggressive comments that the asker likely doesn’t intend, mostly the reduction of cartoons to children’s media, and the concept of adults watching cartoons of any type being weird or silly. While you might be tempted to pull up the “ok boomer” reaction you have in mind, it might be best to remember that 1) this isn’t a random person on social media and 2) you have to remember that not everyone has seen the variety of anime you’re familiar with.

Instead, try to simply answer the question as asked: “Yes, anime is the name for cartoons in Japan, although they make shows that target all sorts of age groups, kind of like Netflix or cable television.” This answer satisfies what they initially asked, and allows you to dodge any potential remarks about your age or maturity for “watching cartoons.” Also, as a word of advice, you may just have to finally suck it up and accept that anime = cartoons, as that’s not a fight worth having. 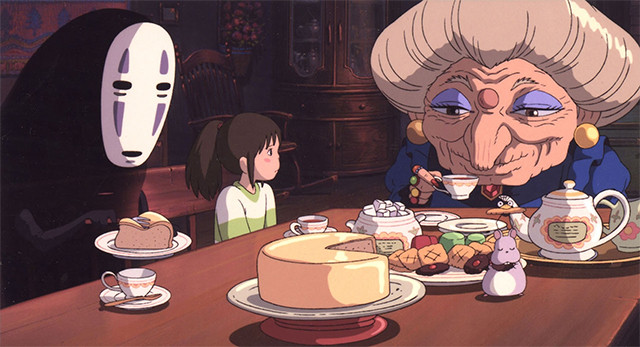 Sometimes, this first question will get a follow up, or you might just get this question right away: “Isn’t anime just sex and violence? Those Japanese cartoons are weird,” which, while a tad racist, is a bit of a landmine question; we suggest you either avoid it, or try to again stress that anime is wildly varied, much like shows you can see on cable or streaming services.

You don’t need to defend the honor of the anime industry, and honestly the person asking this question is probably not looking for an answer, and it’s a bit of a jerk move. Just let it roll off your back, and focus on how much pie you plan to eat later that day. If they keep pressing the question, it’s likely because they’re looking to make you squirm, and it probably isn’t worth bothering to respond; just go ask if someone needs help in the kitchen and let them get back to doing whatever it is they were doing before bothering you. While your family are indeed your family, sometimes they can be jerks too. 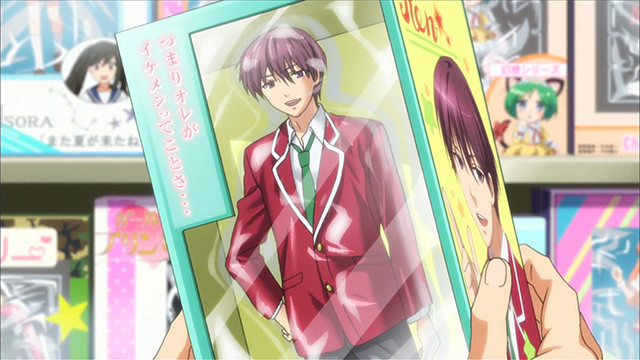 What about if you’re older, or perhaps this is the first time you’ve been tasked with hosting Thanksgiving… And you have a LOT of anime figures all decorating the living areas of your place? Well, kudos on the collection, but be realistic: there’s no way you’re going to be able to hide or displace everything, and pretending to be someone you aren’t for the day isn’t really a great idea either.

If you have some… questionable figures, you may want to consider putting them away for the 24 hour period, but for the rest, instead of worrying about hiding your beloved displays, maybe give them a good dusting and rearrange them beforehand! You spent a lot of money on that gorgeous Jeanne Alter figure, so be sure she’s displayed proudly in your cabinet; if people ask about your figure collection, it will allow you a chance to regale them with tales of fighting online hordes and limited sales quantities to secure your precious cargo. 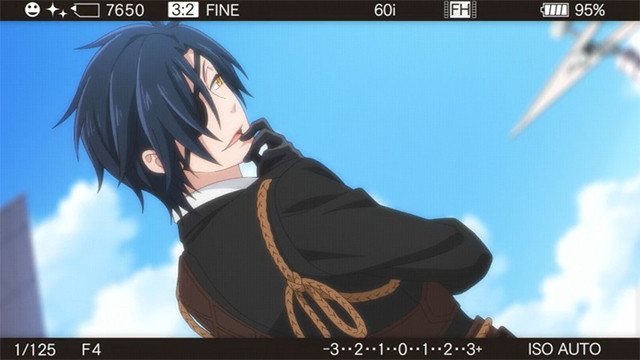 Similarly, if you’re a big cosplayer or globe trotting convention attendee, it’s your chance to talk about your intense crafting work that gets you to travel around the country! Your family may not understand the allure of cosplay meetups, but there are probably a few members of your family that have interests in crafting hobbies, and would likely love a chance to “talk shop” with someone else about them.

As for conventions, it can be easy to forget that most big conventions also happen in huge cultural hubs or cities; instead of worrying so much about “I went to Anime Expo,” you can talk about your trip to Los Angeles, and all of the cool things you did while you were there. A lot of the time, being asked about your anime hobby is more about finding ways to reach a common ground with the people you’re talking to than it is defending your passions; be proud of who you are, but also think about your audience and what they’re likely to respond to the best! 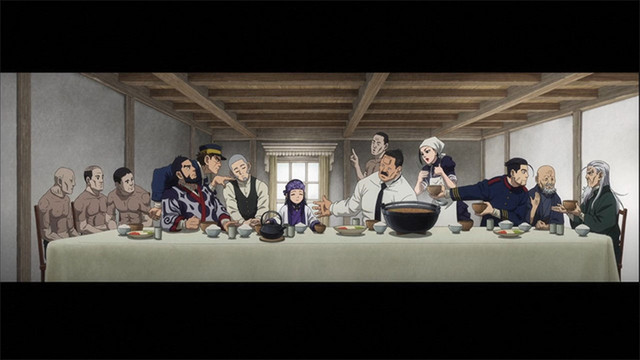 If your family asks you for some suggestions (or, perhaps in a fit of boredom during that middle part of the day when things are cooking and no one wants to watch a 6 hour parade), you get a chance to suggest something to watch, resist the temptation to break out your plan to get other people to watch every episode of One Piece with you. We published a guide last year, but beyond some of these suggestions, once again, think about your audience. Although captive, they aren’t looking to become an anime diehards overnight; some are maybe not even looking to watch something the whole way through, either tending food in the kitchen or falling asleep during whatever quiet moment they get.

In this sense, it’s best to pick things that are perhaps short, singular, or easily accessible. And, as much as it probably pains some of you to hear it, it’s probably best to select things that are dubbed, too; while some may prefer subbed anime with original voices, your family of anime newbies and curious onlookers won’t know the difference, plus, it’ll have the potential to get them engaged and interested. We really suggest entry level, easy to digest anime, or even films, and titles like Ghibli’s Porco Rosso, My Neighbor Totoro, or Kiki’s Delivery Service make great choices, as does Summer Wars, a film whose themes of family are highly fitting for the Thanksgiving holiday! 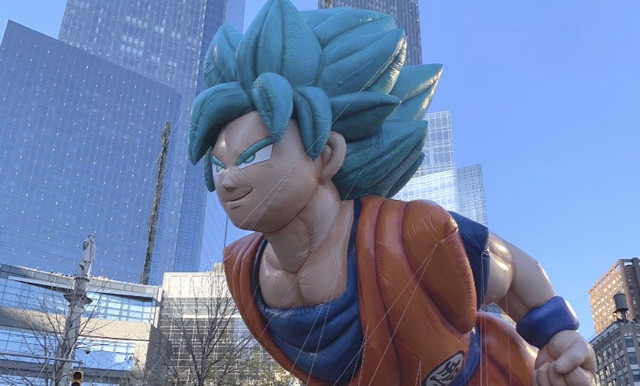 The biggest tip we can give you is that while anime is for everyone, not everyone will be interested in anime. If you get asked about your hobby, answer honestly, but remember that many times people ask questions at family gatherings because they don’t really know what else to talk about; you aren’t likely going to find a new convery who will share in your passion for Sword Art Online around the Thanksgiving table. But you never know; some of your cousins are likely eager fans of My Hero Academia, Boruto, and other shows they see on TV and perhaps online, so consider this a great chance to pass down some of your anime wisdom and advice to them.

Besides, if you get stuck at the kids table, it’s a lot more fun to talk about your favorite Quirks or Ninjustu than it is to argue about politics and football anyway! So be proud of your hobby, wear your ugly anime sweater as you get cozy on the couch, and remember that anime is part of who you are, but it isn’t the only thing you are; you’re a wonderful person with unique experiences and passions that make you happy, and that should be something you should be thankful for. Have a great holiday!

Have any hilarious holiday anime stories? Did you try to get your grandma to watch JoJo’s Bizarre Adventure? Let us know what you think in the comments!