6 of the Wildest Anime Villains from the Go Nagai-Verse 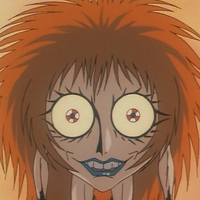 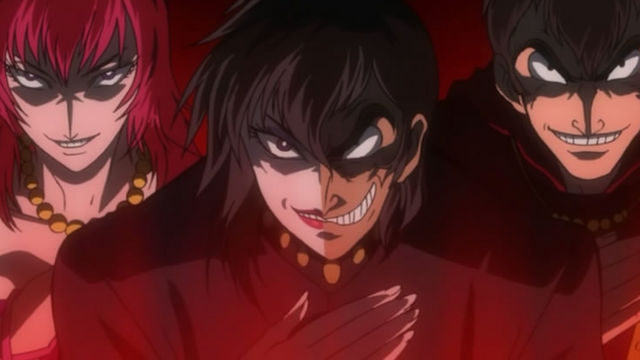 Manga and anime pioneer Go Nagai changed anime forever with the introduction of super robots, combining robots, transforming superheroines, and more. His heroes were always brash, bold, and larger than life—usually equipped with insanely powerful mecha or weapons. So how do you fight an over-the-top hero? With an over-the-top villain, of course!

Just as Nagai's heroes were on a whole other level, his villains were unlike anything even anime audiences had seen before. From mythical beings to bizarre hybrids, his Rogues' Gallery was an exercise in strange concepts and stranger character designs. Villains like Panther Zora and the Great General of Darkness gave heroes like Cutie Honey and Koji Kabuto a serious run for their money!

It would take us ages to outline every single off-the-wall baddie Go Nagai has ever created, so we've whittled it down to our personal favorite six. Beware of spoilers (even though most of these titles are going on half a century old), and prepare to meet your doom as we count down six of the wildest, weirdest, and most dangerous villains of the Go Nagai-verse. 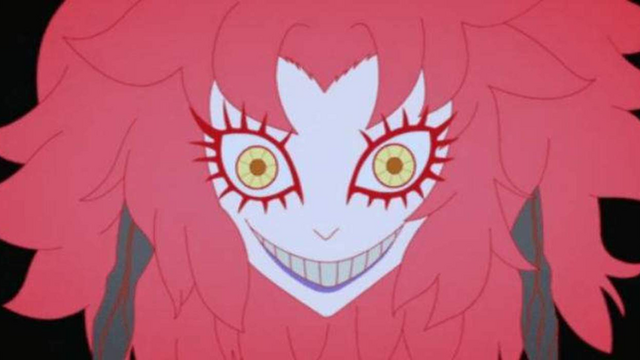 Fans of the recent DEVILMAN crybaby will be familiar with this particular demon. If you liked her, we have good news: she's been a part of the Devilman story since the very beginning!

Psycho Jenny is a loyal servant of Satan, and in fact much of what happens in the series across its many iterations is thanks to her mind-bending powers. Her stare can drive a person insane—though we feel like seeing a giant woman's head with arms and legs sticking out would do the trick on its own. She holds the cards when it comes to Ryo Asuka's true identity, and returns in the story's stealth sequel, Devilman Lady... though this time she's much, much taller.

DEVILMAN crybaby gave Psycho Jenny a slightly less horrifying form to walk around in. Did you spot her before the big reveal, Go Nagai fans? 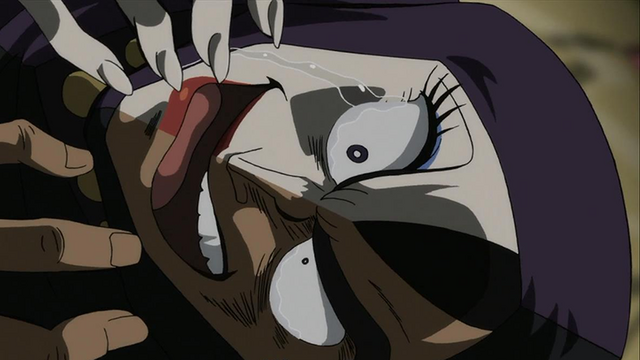 One of the Mazinger franchise's most constant baddies, Baron Ashura is the loyal right hand of the villainous Dr. Hell (yes, that's his real name). Unerringly devoted to Dr. Hell and the Mycenean Empire, they can't seem to catch a break against Koji Kabuto and the mighty Mazinger Z—a constant point of ridicule from Hell's other subordinates.

As ridiculous as Baron Ashura seems in action, their origin is heartbreaking. In the original manga and anime, they are what remains of a pair of Mycenean lovers. The two were in a forbidden relationship, and as punishment were mummified and buried alive in a cave. By the time Dr. Hell found the pair, a piece of rubble had fallen between them, crushing one half of each corpse. He built Ashura from the remaining pieces. In 2009's Mazinger Edition Z: The Impact!, the story is slightly more convoluted, but still involves a pair of lovers—Ashura even gets to meet their former selves during a flashback. 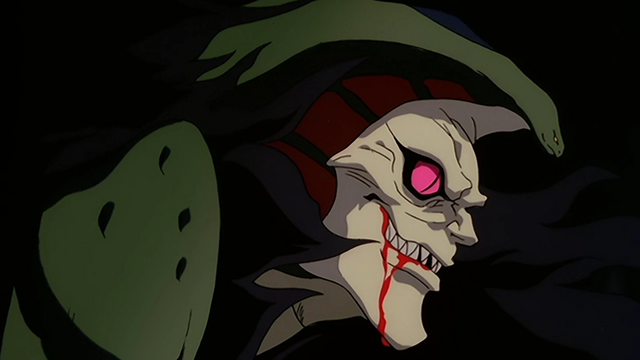 Not all Go Nagai villains are freaks of nature because of medical intervention. Some are just born that way. Take Emperor Gore, ruler of the underground Dinosaur Empire. Gore himself isn't a dinosaur, though. He's a cobra man... or has a cobra for a head. Or is a cobra whose chest just happens to be a full-sized man. We'll get back to you on how that works.

To take back Earth from those pesky mammals who stole it from the dinosaurs (i.e. us), Gore lets loose robot dinosaurs known as Mechasaurs. Fortunately for us, we have the three bots of Getter Robo on our side! In the end, Gore has admitted defeat and chooses to die honorably at the hands of Getter—which he is prevented from doing when he's killed by the leader of the demonic Hyakki Empire. By the time we reach Shin Getter Robo, both leaders are living in the basement of the heroes' lab as ghosts and giving out really bad advice. 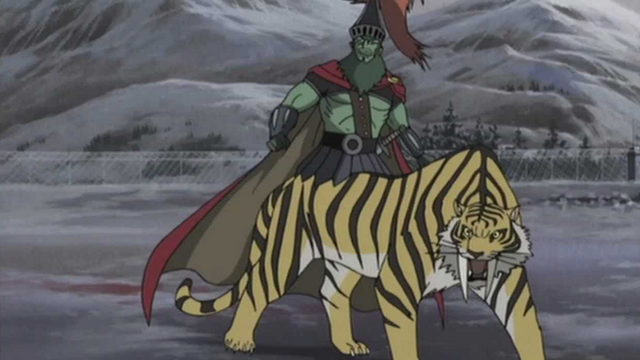 Once again, we return to the Mycenean Empire. The bloodthirsty Archduke Gorgon is... uh... kind of a tiger centaur? But backwards? And the whole tiger is still there, it's just there's a man stuck to it from the waist up. Also, Gorgon and the tiger might be entirely separate consciousnesses, considering he whips the tiger when he needs to run faster.

As a character, Gorgon is far more confident than anyone else working with Dr. Hell, which may be why he makes it all the way to Mazinger Z's sequel before getting taken out. He views Dr. Hell's machinations as convenient for his own goals. And, according to Mazinger Edition Z, he conspired with the two Myceneans who went on to become Baron Ashura. 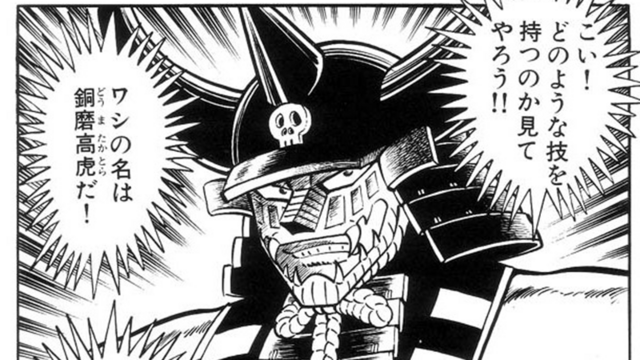 From ancient Greece to post-apocalyptic Kanto, our next baddie is the only guy tall enough to look Violence Jack in the eye. The Slum King, the main antagonist of Violence Jack, is a literal giant of a man, clad in samurai armor and sporting the sword skills to warrant it. He also wears a mask, which takes a variety of different forms over the course of the different manga and anime series. Regardless of the look, the mask is there for the same reason in each version: he literally has no skin.

This potentially Dororo-inspired monstrosity also keeps a limbless Ryo Asuka and Miki Makimura from Devilman on leashes. That's because, like so many Go Nagai series, Violence Jack is also a sequel to Devilman. This just keeps happening. 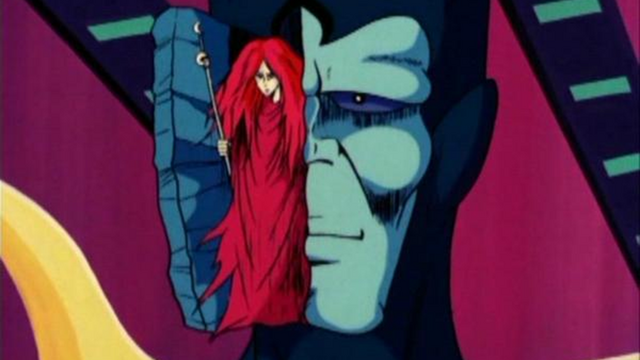 Our last villainous entry may not be Go Nagai's most fearsome villain, but they get bonus points for being possibly his oddest concept so far: a man with a tiny woman living in his face.

General Gandal of UFO Robo Grendizer fights for the Vegan (as in "from Vega") Empire, a brutal tactician and entirely loyal to his leader. Once in a while, his face pops open like a horrifying cuckoo clock and a red-haired woman comes out to have her say. This is Lady Gandal, and she has her own opinions on how things should be going. Later in the series when Lady Gandal's body is destroyed, the two work out a time share that involves a face-swap rather than the previous arrangement. 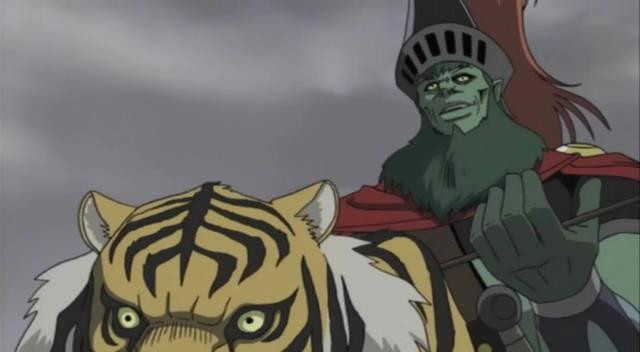 These are just a few of the strange and amazing villains you can find throughout the works of Go Nagai. Each new series—and each new adaptation!—introduces more unique characters to the roster. They may ultimately meet their defeat at the hands of the heroes, but they make the fight along the way so much more interesting.

Which of these bizarre baddies is your favorite? Any others we haven't mentioned that deserve some love (or fear)? Let's take it to the comments!