The Fall 2018 Review continues with a look at HIMOTE HOUSE: A share house of super psychic girls 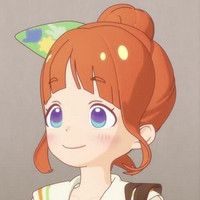 Attention, citizens of the galaxy. I am communicating with you from the past, as the present me is probably still recovering from a Thanksgiving-induced turkey overdose, but if you can pick up on this psychic wavelength, then you can no doubt appreciate the Fall 2018 Review by “Cruising the Crunchy-Catalog”, a series that examines some of the titles that made the Fall anime season of yesteryear unique.

This time we explore a strange story of communal living and phenomenal psionic powers, all in the service of oddball comedy, so grab a tub of leftover stuffing and join us as we check out HIMOTE HOUSE: A share house of super psychic girls.

HIMOTE HOUSE: A share house of super psychic girls is a 2018 short form TV anime with direction by Kotaro Ishidate and animation production by Bouncy. Crunchyroll describes the series as follows:

The three Himote sisters, Tokiyo, Kinami, and Kokoro, are living in what they've dubbed the "Himote House" in Nakano, Tokyo. Sharing the house with them are their former classmates, Tae and Minamo, and a cat named Enishi. These five unique girls live a boisterous life at the Himote House, spending their days trying to figure out how to get guys to like them. What's more, the five of them, and the cat, all have a mysterious power... 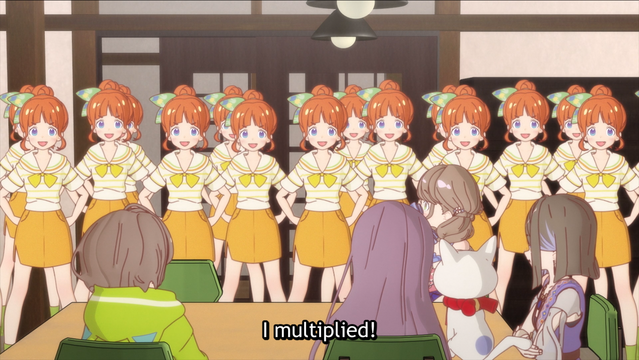 If you're already familiar with Kotaro Ishidate's other directorial efforts (such as Mahou Shoujo? Naria Girls, Straight Title Robot Anime, and Tesagure! Bukatsumono), then you should realize that this description is merely the framework for his idiosyncratic approach to humor, which is one-half sketch comedy, one-half improvisation and ad libbing, and one-half general weirdness. (How he fits that extra half in there is anybody's guess...) 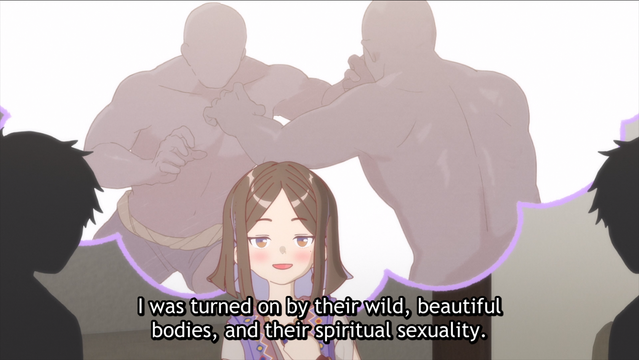 Although the main characters of HIMOTE HOUSE: A share house of super psychic girls have ridiculous superhuman abilities (such as the ability to stop time, telepathically read peoples' minds, or fire energy blasts from their hands), most of the situational comedy stems from the premise that a) none of these powers are particularly useful in everyday life and b) all of the girls are clumsy in the ways of romance.

The series also plays fast and loose with referential humor, with visual and audio allusions to anime (such as Neon Genesis Evangelion, Fate/stay night, and JoJo's Bizarre Adventure) as well as Western works such as the Saw horror movie franchise. The comedy whips along at a break-neck pace, so if you blink, you could miss it. 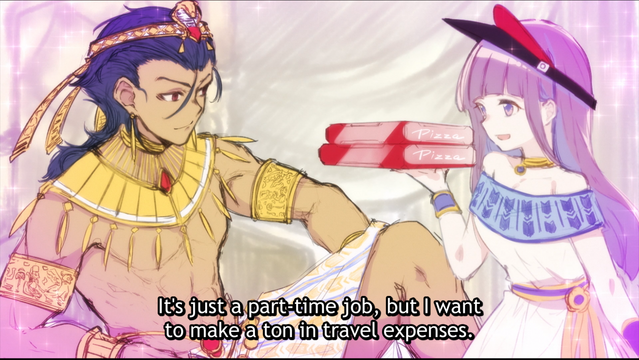 A Night at the Improv

The highlights of any Ishidate-directed comedy are the improvisational sequences (usually in the second half of a given episode), in which the voice actors are turned loose to ad-lib like there's no tomorrow. Whether the jokes sink or swim is a hit-or-miss affair, but even when an actor bungles a gag, the reactions of the rest of the cast are often entertaining in their own right.

The improv sequences add a level of spontaneity and rawness to HIMOTE HOUSE: A share house of super psychic girls that is more typical of stand-up comedy than anime, and it sometimes results in unusual situations, such as when the audio of a travelogue skit is almost drowned out by the sound of falling rain, or when the voice cast accidentally bump their lapel-mics during a game show scene. 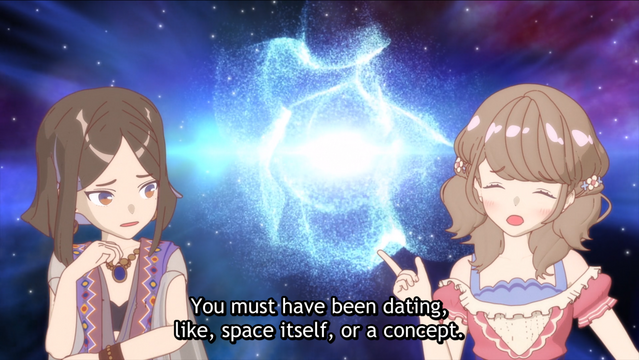 Putting the "Reality" in "Surreality"

Like many shows that combine Kotaro Ishidate's comedic passions, HIMOTE HOUSE: A share house of super psychic girls can be just downright strange. In one episode, the girls basically re-enact the plot of the 2009 comedy film The Hangover, while in another, there's an extended sequence of them roleplaying as the interior components of a copying machine. Non sequiturs and anti-climax abound, and sometimes the humor packs an unexpected emotional punch, such as in the “Yuri-Yuri Game of Life” sequence. 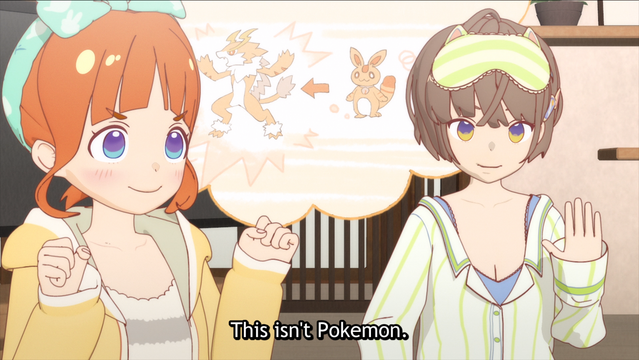 Crunchyroll currently streams HIMOTE HOUSE: A share house of super psychic girls in 196 territories worldwide. The series is available in the original Japanese language with subtitles in English, Spanish, Latin American Spanish, French, Portuguese, Italian, Russian, and Arabic. At the time of this writing, there is currently no home video release for the show in the U.S., so what you stream is what you get. 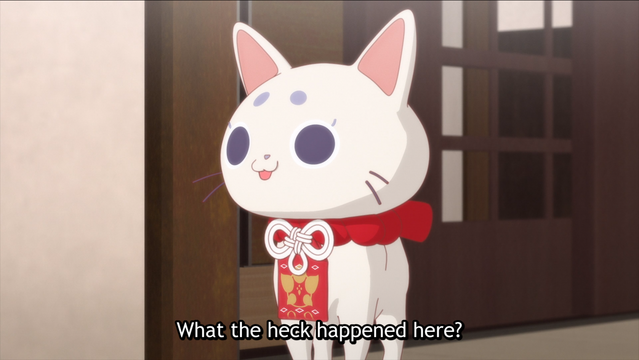 Thanks for joining us for the latest entry in the Fall 2018 Review by “Cruising the Crunchy-Catalog”. Be sure to tune in next time when we delve into the strangeness that is “Puberty Syndrome” in a series full of teenage drama and disappearing bunny girls.