Today, let's explore the many variations of that familiar staple, the anime power-up! 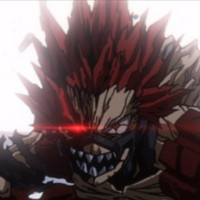 Hello all, and welcome back to Why It Works. As the fall anime season continues into its second half, all of my favorite productions have started to ramp up in intensity, and demonstrate new sides of their central heroes. The parallels in this process felt uniquely clear last week, as I watched both Chihayafuru and My Hero Academia engage in one of the most beloved of anime staples.

On Chihayafuru’s side, the pre-Masters tournament saw main characters Chihaya and Taichi each demonstrating new tactical strengths; on My Hero Academia’s side, Red Riot’s professional debut offered the reveal of his new extra-hard fighting form. Watching those two battles in sequence got me thinking about one more classic anime trope, and where there’s thinking, rambling articles are soon to follow. Today, I’d like to explore that familiar anime technique, common to sports dramas and shonen action alike: the Anime power-up! 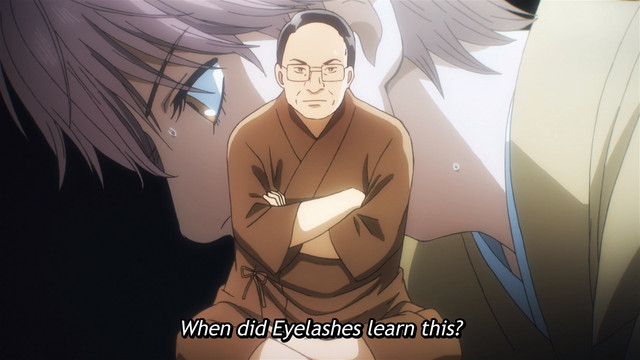 Anime power-ups come in a variety of different forms, though they all essentially amount to a known character surpassing their previous established limits. They’re pretty much ubiquitous in shonen action, which makes sense; stories are generally about characters growing and evolving, and if the terms of your story’s conflict are centered around fighting, then your characters’ growth and evolution will naturally tie in to their abilities in battle. But simply having a character say “I’m stronger now, and will defeat you!” and then defeating their enemies isn’t terribly satisfying.

To feel compelling, power ups need to feel earned, or at least appropriate for their respective characters in some meaningful way. “Powering up” could be considered the action form of character development, and effective character development demands a keen understanding of a character and their place in a drama. Let’s dive into the fine points of powering up, as we highlight several ways these dramatic sequences can ramp up your drama and build your characters all at once! 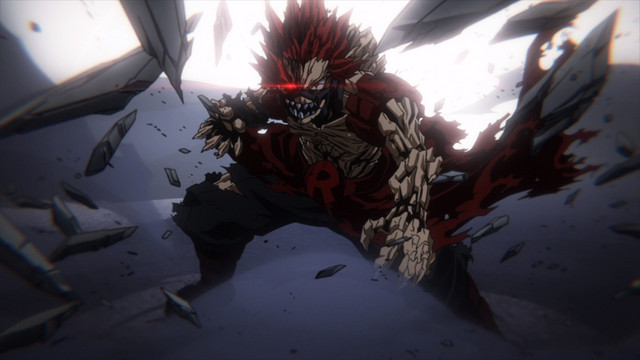 I’ve Refined My Core Power, and Am Now Invincible!

Kirishima’s My Hero Academia power-up falls squarely within this category, which seems very appropriate for his personality. Sometimes, powering up isn’t about discovering new strengths or taking inspiration from your friends—sometimes, you just want to double down on all the stuff you were already doing. For characters who like the straightforward approach, like the literally and figuratively hard-headed Kirishima, "Doing What I Was Already Doing Harder" is often all it takes. Other famous examples would include the entire collected works of Hiroyuki Imaishi; love it or loathe it, “I’ll just believe harder” has always been his favorite motivation.

For those of a slightly more tactically-minded persuasion than the Kirishimas of the world, actually addressing your core weaknesses can oftentimes be more effective than continuing to slam your head against a wall. In Chihayafuru, both protagonists have spent this most recent tournament challenging their core weaknesses; the generally speed-minded competitor Chihaya has embraced a more tactical approach to play, while the often self-defeatingly cerebral Taichi has worked to embrace calming exercises and maintain a cool mental state. Embracing this style of improvement can be dramatically risky, as characters without weaknesses aren’t particularly interesting—however, simply working to mitigate rather than remove a weakness can be an effective sign of maturation and growing self-awareness, and also lead to some thrilling mid-battle turnarounds. 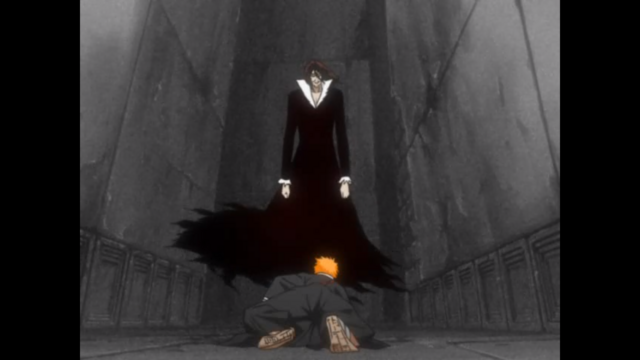 I Didn’t Even Know I Could Use My Power This Way!?

Finding a new application for an established power can result in some of the most effective, dramatically satisfying power-ups of all. Discovering new applications of existing powers emphasizes the intelligence and resourcefulness of your hero, while making them “stronger” in a lateral way that doesn’t demand any arbitrary infusion of new power. From Full Cowling to Shoot Style, Midoriya’s whole power up process has essentially occupied this category, which makes sense; Midoriya's fundamental challenge is not gaining additional power, but learning how to effectively apply One For All. Hunter x Hunter is also quite fond of lateral, innovative power developments, which works very well for its strategically rich conflicts. For strategists and schemers, developing new uses of old powers is often the best way to celebrate their development while avoiding any awkward "power creep."

My Emotional Breakthrough Has Made Me Strong Enough to Defeat You!

When all tactical explanations fail, you can always just have a character reach deep inside themselves, and discover an emotional strength they never knew. Emotional breakthrough power-ups often get a bad rap, because they can seem less grounded in tactical fundamentals than other improvements, and at times feel totally arbitrary. But at their best, emotional breakthrough powerups are actually the most satisfying of all, and can serve as thrilling capstones on extended character arcs. Todoroki’s emotional breakthrough at the sports festival still stands as one of My Hero Academia’s finest moments, for example—and to take an even more famous example, though the process of going Super Saiyan has gotten hazier over time, Goku’s initial transformation came as a direct and chilling response to the death of his friend. Bleach even bakes the strength of this style into its fundamental worldbuilding, as its characters' signature "bankai" power-ups are defined as not just energy boosts, but fundamental expressions of selfhood. Stories are about people, and tying your characters’ physical evolution to their mental progression is always an effective choice. 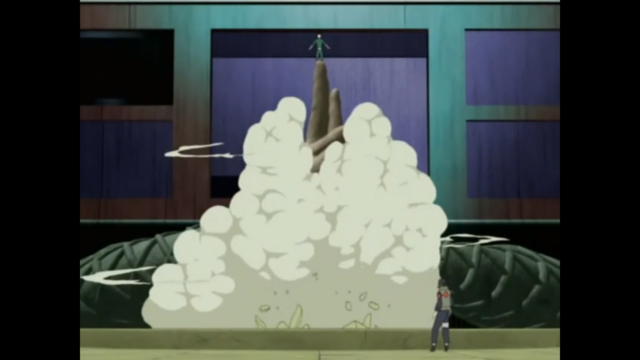 You’ve Made Me Sweat. I Suppose It’s Time I Took off These!

Perhaps less of a power-up than an un-power down, the "Releasing the Limiters" school of power-ups has nonetheless offered some of the most thrilling and iconic moments across shonen anime. Piccolo shrugging off his headpiece and shoulder pads, only to let them thunder like bowling balls to the ground below. Rock Lee getting the go-ahead from his beloved teacher, and flying across the field like a demon of taijutsu. To make a strong character seem weaker, simply offer them an initial and self-appointed handicap; whenever those gloves come off, you can be assured the audience will be thrilled to see it.

That’s all I have time for today, but there are still plenty of other fun styles of power-ups out there, and plenty more examples as well. I hope you’ve enjoyed this celebration of the anime power up, and please tell me all about your own favorite power ups in the comments!