Celebrate Cyber Monday with a journey through the high tech, low life history of a contested sub-genre 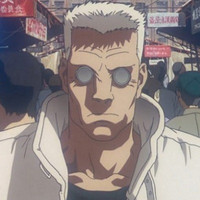 Ask a dozen people what they mean when they say “cyberpunk” and you'll likely get thirteen different answers. Some folks emphasize the “cyber” element, pointing to stories of keyboard cowboys hacking into the Matrix to wreak havoc among the servers of faceless multinational mega-corps, or stories of street samurai who augment their bodies with military-grade hardware, turning themselves into chromed-out hybrids more machine than man. 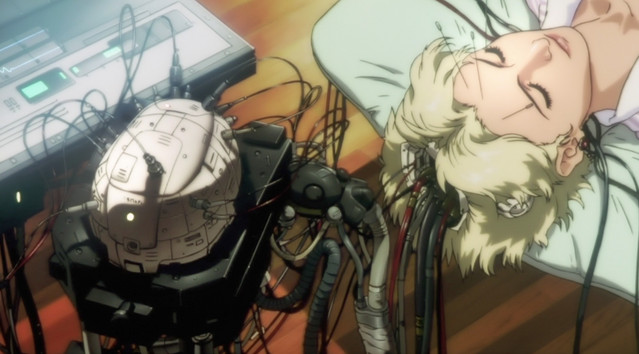 Other folks emphasize the “punk” part, pointing to tales of disenfranchised individuals engaging in petty acts of rebellion in the face of socio-economic structures so massive that they stretch beyond the Earth's atmosphere, crushing the entirety of humanity beneath their weight.

Still others (such as Cameron Kunzelman at VICE) argue that the themes of cyberpunk run no deeper than the aesthetic level. If you'll pardon the tortured simile, cyberpunk is like obscenity in the legal sense; everybody recognizes it when they see it, but no two people are guaranteed to agree on what it means to be "cyberpunk." 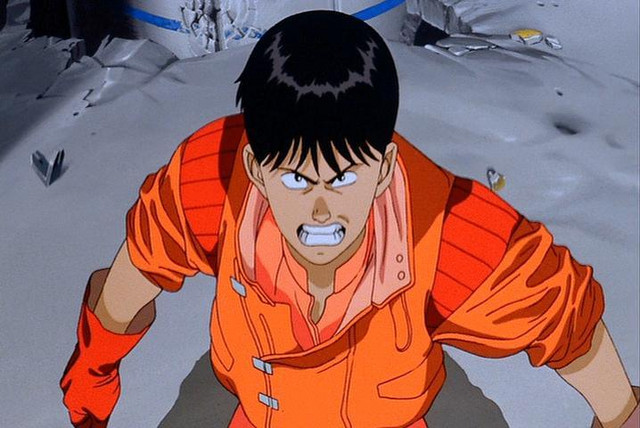 By my definition, “cyberpunk” describes a period of science fiction literature that can be bounded by William Gibson's 1983 short story “Burning Chrome” on one end and by Neal Stephenson's 1992 novel Snow Crash on the other. There's also the 1974 pre-cyberpunk novella The Girl Who Was Plugged In by James Tiptree Jr. (the pen name of author Alice Sheldon) and numerous post-cyberpunk works, but the point of this post is not to offer an exhaustive explanation.

When I hear “cyberpunk”, I think of two phrases: “high tech, low life” and “the street finds its own use for things.” I think of the specific cocktail of economic anxiety, Orientalism, Cold War paranoia, expanding ecological disasters, and explosive, bewildering advances in computer and communications technology that made the world of the '80s and '90s feel like a smaller, faster, meaner, and more terrifying place.

It's only natural that the Japanese take on cyberpunk offers a different perspective, one that is informed by a different array of cultural factors than those that birthed cyberpunk fiction in Europe and the United States. While the U.S. produced Blade Runner, Japan produced Tetsuo: The Iron Man. However, my concern here is the aesthetics of cyberpunk fiction and how they manifest in works of Japanese animation both popular and obscure.

When it comes to cyberpunk anime, I like to joke that it's all about the three 'M's: mohawks, motorcycles, and mono-filament wire, with the first being a visual shorthand for people who live on the edges of society, the second being semaphore for a rebellion against the status quo, and the third just looking really, really cool. But enough preamble. Let's dig a little deeper, with a look at the 900 pound cybernetic gorilla in the room.

Ask fans of a certain age for an example of a cyberpunk anime, and one popular response will be Bubblegum Crisis, a series of original animation videos published from 1987-1991 with chief direction by Katsuhito Akiyama and animation production by Artmic and AIC. Renowned for its music and its often ludicrous violence, Bubblegum Crisis inspired numerous spin-offs (such as both the A.D. Police OAVs and TV series), sequels (Bubblegum Crash), and reboots (Bubblegum Crisis 2040).

But is Bubblegum Crisis cyberpunk? Kinda, but not really.

Bubblegum Crisis has rampaging robots (known as “Boomers”, ha ha) because Blade Runner had runaway replicants. It has a kick-ass soundtrack because Streets of Fire had the same. It has lesbian vampire gynoids on the moon because... well, why not? Bubblegum Crisis is a prime example of the paradox that is cyberpunk, because all of its cyberpunk elements—ruthless multinational corporations that are above the law, high-tech weaponry, punk fashion—are purely surface level. It's innovation through imitation. The street finds its own use for things. 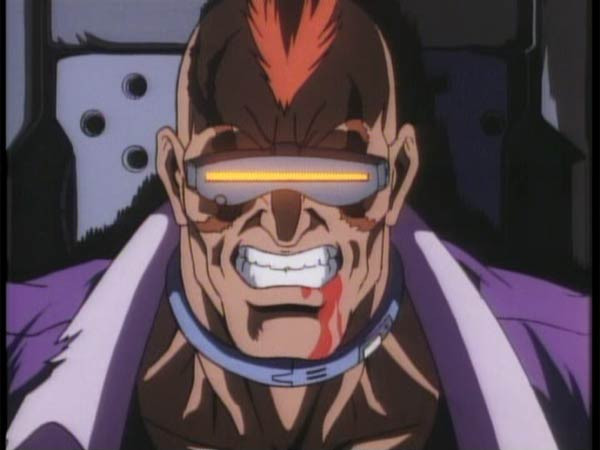 A more pure example of cyberpunk anime from this time period is Cyber City Oedo 808, a 1990-1991 OAV series with direction by Yoshiaki Kawajiri and animation by MADHOUSE. Cyber City Oedo 808 has it all: career criminals forced to act as bounty hunters by explosive collars attached to their necks, malevolent AI, military conspiracies, laser-spewing cyborg saber-tooth tigers, space vampires—plus motorcycles, mohawks, and mono-filament wire. It's 110% style over substance, but it's also so cyberpunk that it hurts.

Other examples may offer a little bit of the “cyber” and/or a little bit of the “punk” elements, but the label doesn't always fit. For example, Megazone 23, a 1985-1989 OAV series that features the talents of such science fiction luminaries as Noboru Ishiguro and Shinji Aramaki, is almost cyberpunk. It plays with ideas of artificial intelligence, it proposes a paranoid worldview based on a massive government cover-up, and it also has motorcycles. 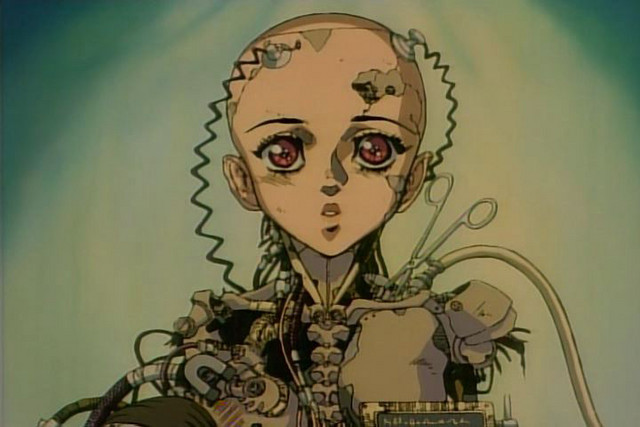 The 1993 Battle Angel OAVs (based on the Battle Angle Alita/GUNNM manga by Yukito Kishiro) lean heavily into trans-humanism and cybernetic body modification for both practical and aesthetic purposes, exploring what it means to be more human than human. It also has mohawks.

The various iterations of Appleseed (based on the manga by Masamune Shirow) have a bit of both "cyber" and "punk." Appleseed deals with issues of a class with the Bioroids being treated like second-class citizens and with economic disparity by exploring the massive difference between life inside cities such as Olympus and Poseidon compared with the rest of the world, which is ravaged by war. The 2004 theatrical anime film also has mono-filament wire. 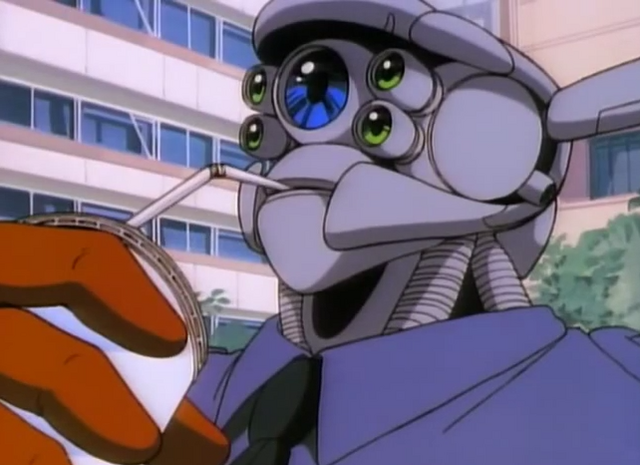 But the ur-examples of Japanese cyberpunk anime—the works whose influence is as inescapable as the gravity well of a black hole—are the 1988 theatrical anime film Akira (directed by Katsuhiro Otomo) and the 1995 theatrical anime film Ghost in the Shell (directed by Mamoru Oshii). Much ink has already been spilled upon the aesthetics and themes of these landmark movies, but suffice to say, they are the total cyberpunk package, and their original manga incarnations are arguably meatier and more complex than the anime adaptations.

It feels strange to phrase it this way, but one of the more recent anime series with a strong cyberpunk aesthetic is serial experiments lain, a TV anime from 1998 with direction by Ryutaro Nakamura and animation by Triangle Staff. Even over 20 years later, serial experiments lain is squirming with cyberpunky goodness with its exploration of virtual spaces, its interrogation of persona and personality, and its themes about the invasive, intrusive effects of technology upon our lives.

Another series that shares the same series composer (Chiaki J. Konaka) and character designer (Yoshitoshi ABe) as serial experiments lain is the 2003 TV anime, Texhnolyze. Aside from being dark, inscrutable, and borderline impossible to spell correctly without consulting Wikipedia, Texhnolyze is also extremely dreary and likely to appeal to nearly no one, but it checks enough cyberpunk boxes that it deserves at least a passing mention here. 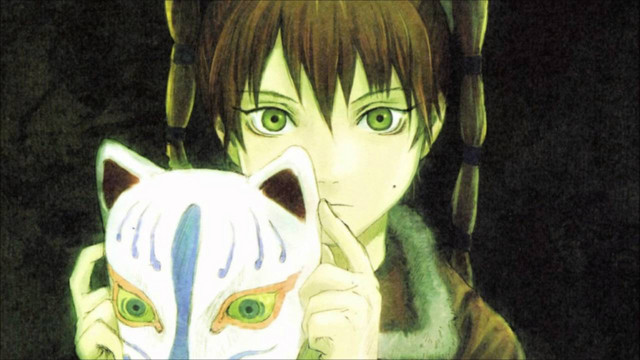 Time moves ever onward, but the particular anxieties and aspirations that cyberpunk as an art-form addresses remain frozen, a crystallization of concerns from decades long past. For example, while there are still anime that explore virtual spaces (such as the .hack/ series, Sword Art Online, and their many imitators in the “trapped in an MMO” sub-genre), they aren't engaging with the material in the same way as Case from Neuromancer or Hiro Protagonist from Snow Crash.

Despite the occasional AAA video game title or post-cyberpunk Hollywood reboot, it seems that cyberpunk may have outlived its moment of cultural necessity, but that's not so much a matter of the shifting needs of fiction as it is an expression of what's happening in the not-so-romantic realms of reality. 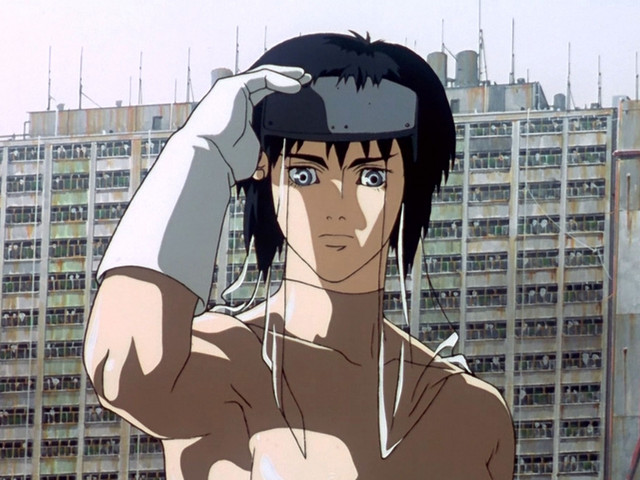 With each passing year, reality grows more cyberpunk. Technology continues to outstrip humanity's capacity to embrace and understand it. Corporations continue to expand. Nation-states grow more indifferent to the needs of their citizens. The rich get richer, while the gig economy ensures that the marginalized will do practically anything to scrape by. Surveillance capitalism abounds. New markets are born from a vast sea of information. The demand is limitless. The product is you.

Nevertheless, humanity resists. While technocrats try to shape the future of society, grassroots movements seize their platforms for their own purposes. The institutions of power and privilege are met with massive protests. Mundane technologies are re-purposed to foil facial recognition software and disarm state-sponsored violence. The street finds its own use for things.

Are you living in the real world?

Do you plan to spend Cyber Monday racing down the Information Superhighway on your flash new deck? What other anime represent the essence of "cyberpunk" to you? Mirrorshades or mono-filament wire? Let us know in the comments section below!