It's time to teach a new version of Class VII kids 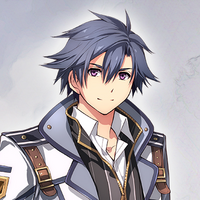 The penultimate chapter of The Legend of Heroes: Trails of Cold Steel series is upon us. A series that has already given enough twists and turns to fill 120 hours of your life provides another 60 hours of even more! The Legend of Heroes: Trails of Cold Steel III picks the story up a year and a half after the events of the second game, and things have certainly changed in that amount of time. A wide variety of new characters, improvements made to many systems, and some answers, but many more questions headline this game. Of course, with the knowledge that the finale game is still to come with the next game, how does Trails of Cold Steel III handle being a game where you won’t get a lot of the answers you’re hoping for? It’s also an interesting conundrum given that you could look at this game as a soft reboot of the series given that it was the first game on current consoles when it came to Japan, predating the ports of the first two games. That would give Nihon Falcom a chance to bring in a new audience that might not have played the previous games, but can also have an impact on pacing and story. So, how does the game handle all of these complex notions? 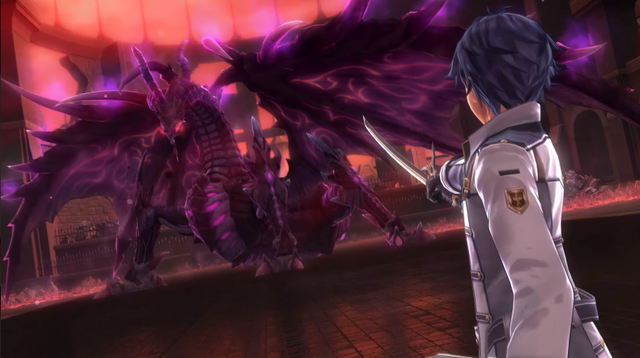 Let’s clarify something before we move any further. Despite my phrasing of how this game is a “soft reboot”, this isn’t really a game you can come into as your first entry. There are significant text synopsis of the first two games, but this is also a game that expects you to know characters from the Trails in the Sky, Zero no Kiseki, and Ao no Kiseki games. You could go ahead and do a whole lot of reading before going into this, but you’d be missing out on a lot of the nuances about what has been happening. If you’re new, go back to the older games, but for those of you that aren’t, let’s continue.

As the third game in the series, there’s not a whole lot of drastic changes that have occured between Trails of Cold Steel II and III when it comes to gameplay. There’s a new orders option when you’re in the midst of battle that can give your team different kinds of buffs related to attack, defense, speed, or magic. Outside of that, battles remain relatively the same as you’d remember them from the previous games. Which, considering the battle system was already pretty good, there’s no real reason to try and overhaul everything now when it’s not broken. 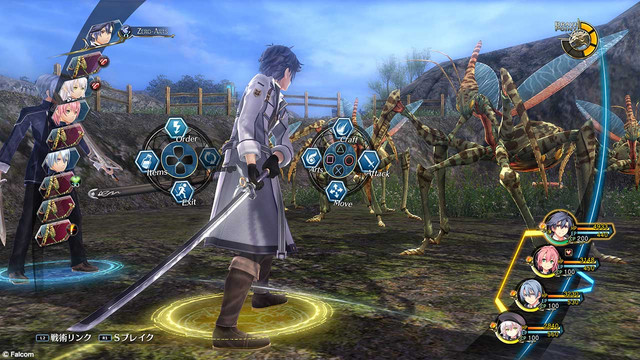 Perhaps the biggest gameplay changes come to two of the mini-games the series had already produced. Fishing is now more involved with having you acquire upgrades for your fishing rod and is no longer a button mashing mini-game. The card game Blade has also been replaced entirely with a new card game, Vantage Masters. This plays more in line with a Magic: The Gathering and gives you plenty of customization as you can build decks that are suited for your playstyle. It’s certainly much more of a challenging game, but one I actually found quite rewarding and got heavily into, which honestly made me wish that they’d break this out into a mobile game.

One of the biggest improvements that the game is utilizing with its jump to the PS4 is the removal of pre-rendered battle backgrounds. Usually, and this is the case for a lot of JRPGs, battles will happen in the same place, no matter where you are in a specific area. Trails of Cold Steel III opts to have the fights take place exactly where you started them. So, if you’re next to a treasure chest, that chest will be right next to you in the battle. It’s a very surprising feature as I haven’t seen it utilized since I saw a Persona 3 prototype that had the same idea. Hopefully that’s something we see more of going forward in these kinds of games. 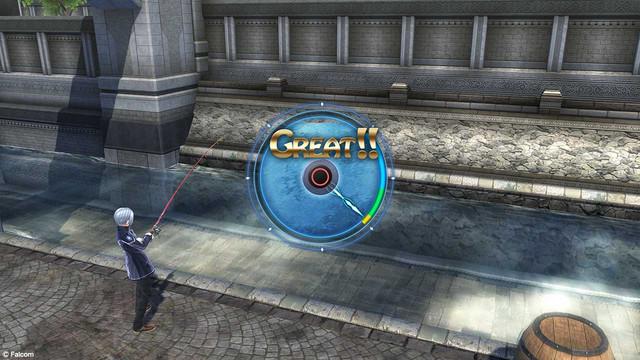 Graphically, the series has never looked better. It’s not a huge leap in quality, but it’s enough that it shows constantly throughout. Character models look better and a lot of the smaller aspects of environments have a bit more quality than the previous entries, including the PS4 ports of those. They’ve also done good work in making the characters look older. Rean is only a year and a half older than he was in Trails of Cold Steel II, but you can easily tell that he’s grown and isn’t the same as he was previously.

The biggest thing you’re going to come to this game for is the story and you’re going to get A LOT of that. You’re looking at a minimum of 60 hours to get through this, which is about on par with the other games, but it’s packed full to the brim. One character specifically says in the game that what’s going on is “a tangled web of different plots” and that’s the perfect way to describe the overall stories. There are so many interwoven stories and characters that span not only this series, but date back to the Trails in the Sky series and the Crossbell games. If you’re familiar with those games, you’re going to be delighted to see so many different references scattered throughout, but Trails of Cold Steel III does a good enough job of getting you up to speed if you haven’t. 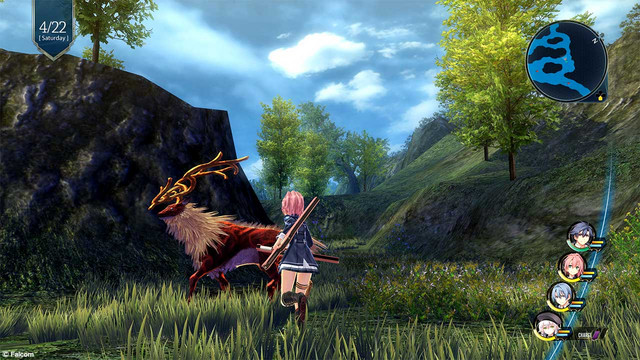 I mentioned earlier that this can be seen as a “soft reboot” of the series and that applies mostly to the story as we get a new set of main characters that Rean teaches. There’s a new version of Class VII with Rean as the instructor, and each of these kids have good backstories and connections to what is happening overall with the plot. The old Class VII still shows up to provide guidance and help, but the new kids really get their time to shine and break out. It can make you feel skeptical knowing that the next game in a series is full of new characters, but Trails of Cold Steel III will make you by the end of the game, excited to see where each of them end up next.

Thankfully, Trails of Cold Steel III doesn’t have the problem that the previous game had where it couldn’t figure out how to end. In fact, it’s pretty dang definitive with how it wants to end. Without diving into spoilers, which would probably just be me yelling “YO, CAN YOU BELIEVE THIS?!” and a bunch of expletives, the end of the final two chapters feature some very good cliffhangers that are just immediate cuts to black. It’s the kind of cinematic direction that in the moment makes you furious, because you want more of what’s happening, but in retrospect, it’s such a brilliant decision.

There’s certainly a lot of good to find in this game, but there are some caveats that come with it. Strangely, there are some sudden and bizarre framerate issues in the midst of chapters 3 and 4. The first area you get these performance issues is strange since the area looks similar to other places you’ve been previously, but there weren’t issues. In chapter 4, the framerate really gets bad and begins to stutter and get chunky when you’re coming out of battle, closing the map, or just running around in general. It seems to be more prominent when you’re in the high speed mode, but it’s noticeable in regular speed as well.

Rean’s characterization can be strange at times as well with him trying to figure out how much he should trust the new Class VII. That can be explained by the fact that he’s gone through some extremely rough times over the past year and a half within the story, but at the same time, it can feel weird since he’d gone through these same kind of problems in the previous two games. It’s certainly not a huge problem, but can seem like a retread of ideas, especially when this game can be seen in the same light as the first where it’s setting the table for wild things to happen in the sequel. 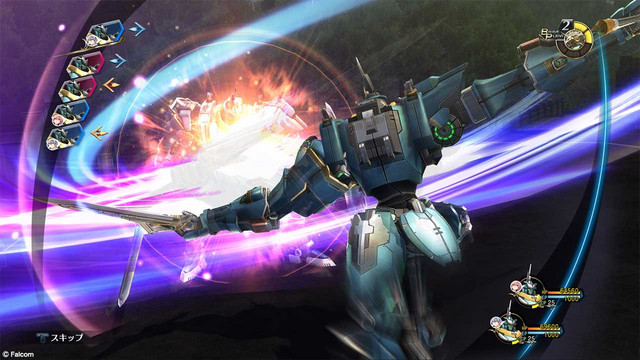 The wait for the finale of the Trails of Cold Steel series is going to be long and arduous. However, Trails of Cold Steel III gives you plenty to keep you interested and engaged in the meantime with their subtle improvements and enhancements. This is a series where if you’re into it, you’re into it, and this game will not change that. If you’re still on the outside looking in, you’re best bet is to go back and check out the previous games in the series before tackling this one. It’ll be a lot of time you’ll have to put in, but it’ll be worth it. Then once you’re caught up here, you can go back and play Trails in the Sky to fully get all of the characters and references you might have missed. It’s a good time to be a fan of the entire The Legend of Heroes series, that’s for sure.

+ Story continues to be brillaint with numerous twists and turns

+ Fun new minigames and improvements to gameplay as a whole

+ New characters are well fleshed out and written

What were you most excited about going into this entry in the series? Do you expect the series to continue its streak of high quality games with the final game? Let us know down in the comments below!