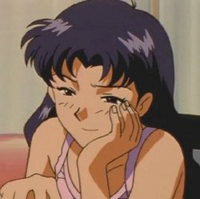 Misato Katsuragi was born on December 8, 1986, making her 33 today. It also makes her, officially, a Millennial. Evangelion director Hideaki Anno described has as an adult version of Sailor Moon's Tsukino Usagi, a woman "who lives life so lightly as to barely allow the possibility of human touch." But for all her seeming frivolity, she is also a capable commander, responsible for saving the world on numerous occasions and named after the Katsuragi-class aircraft carrier from World War II.

On my first viewing of Evangelion, when I was Shinji's age, Misato seemed an odd combination of clashing character traits: A beautiful woman who's a slob, a capable commander who can't seem to dress herself, and a fanservice joke character responsible for some of the most searing emotional moments of the series. On a more recent rewatch, however, I discovered Misato had become the series' protagonist. Instead of identifying with the abandoned and confused Shinji Ikari, the perenially late, overburdened, stressed out Misato of episode 1 was immediately more compelling. Those car payments now actually meant something to me.

It's not terribly hard to see an emotional connection between Shinji and Misato. Both are damaged by toxic relationships to their workaholic fathers and both characters favor being as withdrawn as possible. Shinji takes this into a form of actual retreat, whereas Misato, after her time spent institutionalized, has become an expert of being extremely superficial. The difference between having no social relationships and having countless extremely shallow ones isn't that great, as many a social media user can attest to.

And even when Misato attempts intimacy, such as with her relationship with Kaji, she consciously or unconsciously chose another workaholic to become attached to. Even if they became close, this ensures they would never become too close. Even her choice of pet is telling: Instead of a dog or a cat with some requirements of responsibility and demands of touch, Pen Pen is largely self-sufficient and undemanding. He's the perfect pet for someone who doesn't want to be completely alone, and yet being a little alone is still alright.

In all of the episodes I rewatched, Misato's character stood out with increased prominence. She was less of an enigma than I once thought, and became intensely relatable. She was a high-functioning depressive and alcoholic, always together enough to perform professionally, but on her own time she collapses into naps, junk food, and binge drinking. She has no known hobbies. And she is prone to dramatic, potentially self-destructive action. She risks her life with little provocation when the Jetalone robot approaches meltdown.  But her most dramatic overreaction of all is when Misato takes custody of Shinji so he won't be alone, even though she doesn't know how to help. Overcapable, underpaid, consistently depressed, self-medicating and prone to dramatic action in largely self-destructive attempts to improve her life or the lives of others? Misato sounded a lot like a few people I know from my generation. 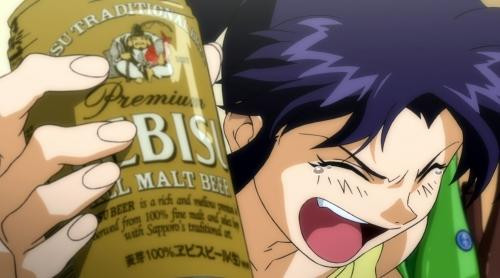 Misato is also a hero, though. She is the one adult in Evangelion who at any time can be trusted, and the sole conscience of NERV. She bristles at the dishonesty she deals with on the job, initially mocking the misleading claims NERV PR puts out about the third angel attack. When she learns NERV has no soul to be saved, Misato goes rogue, first quietly with the intelligence Kaji has provided her, and in End of Evangelion, strikes out with a handgun and a bad attitude. A complete idealist, she comes up with the goals she wants to achieve before she can figure out how she can possibly achieve them.

In the cold and alien Evangelion 3.33, Misato is transformed into a kind of lawful good version of Gendo Ikari as the commander of WILLE. This doppelganger Misato, pure ideal and determination, underscores what makes her original incarnation such a compelling hero. In her imperfection, you can see how much she suffers for her ideals. It is her struggle that makes her powerful. 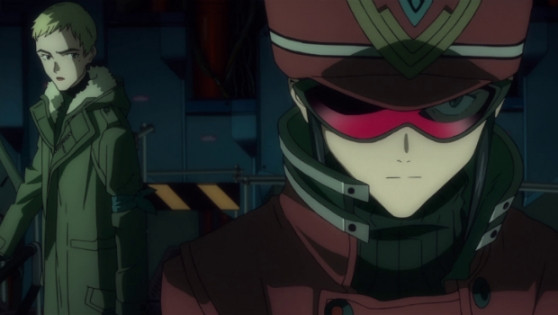 Episode 12, "She said, 'Don't make others suffer for your personal hatred'" is a great showcase for Misato's character. The episode begins with Misato being placed into an escape pod by her scientist father, overshadowing their difficult relationship with an act of seemingly selfless love, and underscoring the trauma that Misato underwent as a child. In the present, a few people notice Misato has been quietly promoted, something she doesn't highlight because praise isn't an important incentive for her. Toji and Kensuke throw her a party, and Misato notices Shinji's discomfort in the social situation.

A new angel appears in the atmosphere, and Misato comes up with the seemingly crazy plan to catch it in midair, which Ritsuko dismisses as reckless. Misato promises the pilots a steak dinner if they succeed, an impressive-sounding reward, to Misato, likely due to food scarcity surrounding the second impact. Shinji and Asuka feign enthusiasm, but Rei simply refuses to eat meat. The pilots succeed, but decide to get ramen instead.

So much of this episode is in the subtext! On the surface, Misato is the competent leader with clever plans to beat the angels, but deep down there's anger, resentment, and self-destructive risk taking. She attempts to reach out to her young pilots personally and fails utterly, although she doesn't know it. She has their trust, but her attempt to be a cool adult ends up with her young charges taking pity on her. Despite it all, however, Misato and her team succeed because she's actually been in their lives while the other adults of NERV have been absent. 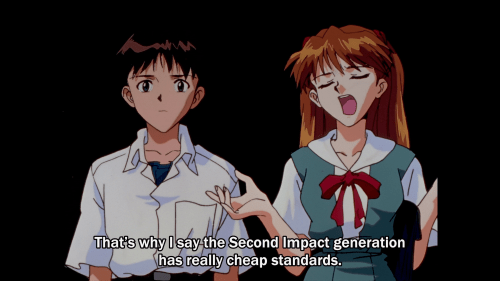 If you haven't revisited Evangelion since you were younger, I highly recommend it. I've found the very story it was intending to tell has changed as I've come to appreciate Misato's perspective over Shinji's. While I'd always considered Misato to be the show's best girl, I felt she had very little in common with me. Now she's someone I hold onto as an example of perserverence over adversity. What are your favorite Misato moments? Let us know in the comments!