Devilman Crybaby's Masaaki Yuasa is Directing an Anime this Winter!

In the leadup to his latest production, today let's explore the dazzling career of Masaaki Yuasa! 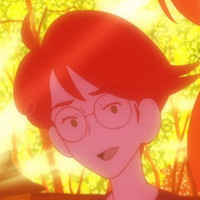 Hello all, and welcome back to Why It Works. In the leadup to last spring’s anime season, I wrote a couple of articles highlighting two all-star directors of upcoming anime: Shinichiro Watanabe and Kunihiko Ikuhara. I haven’t had a chance to write a similar spotlight since, but upon looking at the upcoming prospects of the winter season, I felt duty-bound to once more celebrate one of the modern titans of anime. There are a handful of names whose attachment to a project makes it an instant must-see for me, and next season’s Keep Your Hands Off Eizoukun! is blessed by one of the best of them. Today on Why It Works, let’s get ready for next season by celebrating the astonishing career of Masaaki Yuasa! 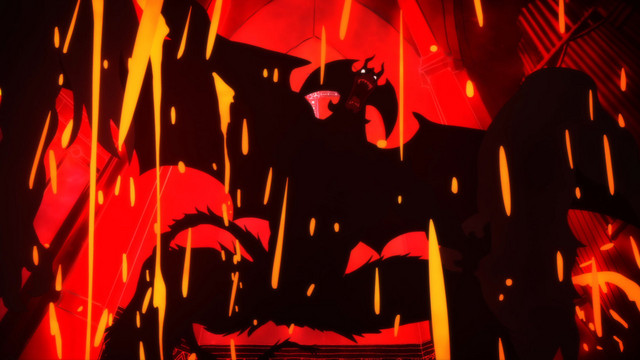 Yuasa has only recently become a household name among entrenched anime fans, having made a serious splash with Devilman Crybaby and his recent string of feature films. However, his talent and restless creative vision have been clearly on display all throughout his career, beginning with his work as an animator on children's shows like Crayon Shin-chan and Chibi Maruko-chan.

This remarkable Yuasa-animated sequence from Maruko-chan demonstrates many of the novel aesthetic qualities that would mark Yuasa’s later work. Yuasa doesn’t treat his visual layouts as if they were live-action sets; the backgrounds breath and flow with the characters, enabling a greater unity of emotional intent, and celebrating the unbound cinematographic potential of animation.

That unity of artistic intent extends to the characters and music; the whole world is dancing to the same music here, a choice that embodies Yuasa’s preference for aesthetic holism and capturing the felt experience of a moment over any sort of stable realism. Yuasa’s works are regularly infused with the aesthetic fluidity and sheer joy of great children’s animation; this would be far from the last time he worked on an extended, world-celebrating musical interlude. 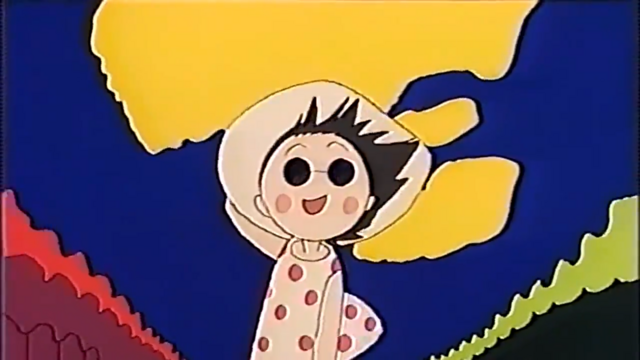 Children’s anime actually served as a perfect proving ground for Yuasa, nurturing his fondness for formal visual experimentation and sharpening his abilities as a director, as he embraced consistently inventive, perspective-warping layouts and action sequences. In spite of anime’s limitless visual potential, it’s actually very hard to convey the kind of active camera movements he prefers in animation. Not just character movements, but also entire backgrounds must be redrawn for every shift in camera perspective; what would require a simple shifting of the camera itself in live-action demands painstaking redraws within animation.

So it’s no surprise then that Yuasa has pursued technical animation innovations alongside his aesthetic innovations; early original works like Kaiba made dramatic use of CG backgrounds to enable his restless movements, and more recently, his own Science Saru studio has made great stabs in using Flash animation to enable warping perspective shots and active camera movement.

It’s easy to simply categorize distinctive creators as “uniquely creative,” but that would be a discredit to how well directors like Masaaki Yuasa are actually able to synthesize and celebrate the fragments of their many diverse interests. Yuasa draws from a broad array of formal influences, including classic western cartoons, early experimental works like Yellow Submarine (something likely made clear by that Maruko-chan clip), live action film, and even stop motion works like The Wrong Trousers. What we consume directly informs our understanding of what art can be, and by drawing on an array of artistic influences that extend far beyond anime, Yuasa is able to bring all the artistic richness of those influences into his own work. Yuasa’s work inherently challenges us to embrace the limitless visual potential of art, and not pigeonhole our own vision with a steady diet of the comfortingly familiar. 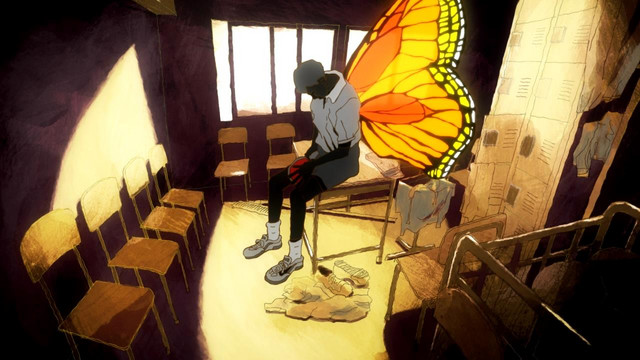 You might think all this focus on visual design and process innovations would mean the actual narratives of Yuasa’s shows are less of a priority. On the contrary, Yuasa’s shows aren’t just visual marvels - they’re also very consistently the best-written, most incisive and moving anime in the business. Though Yuasa’s anime originals run the gamut from farcical to horrifying, he has a tendency to accept only the very best source material when it comes to adaptations - check out The Tatami Galaxy (based on a book by the author of the equally brilliant The Eccentric Family), or the more recent Ping Pong the Animation. The sharp character writing and fundamental wit of these properties fuse beautifully with Yuasa’s own gifts, resulting in anime that embody the medium’s potential as both aesthetic vision and narrative art.

Lately, Yuasa has been expanding his innovations beyond the confines of his own productions, having established his own studio, Science Saru, with the help of key collaborators like Eunyong Choi (with whom he collaborated on an episode of Adventure Time, of all things, and who’s done brilliant work of her own on productions like Space Dandy). Science Saru’s recent films have demonstrated an innovative approach to animation that is only now beginning to fully realize the potential of Flash as an animation tool, as Yuasa continues the restlessly experimental path he’s been treading all through his career. 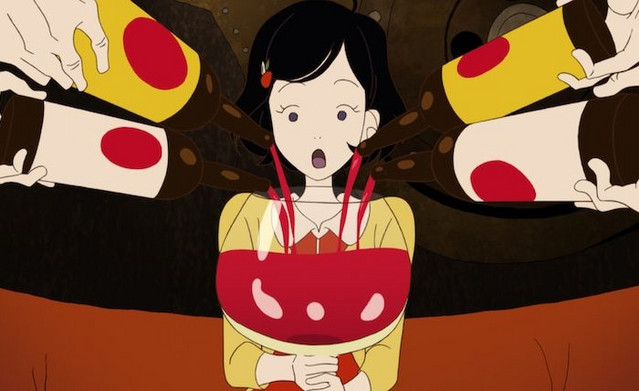 All in all, Yuasa is a brilliant artist who continues to astonish me with his every new production, and who should be of interest to anyone looking for something a little out of the ordinary. His works continue to push the boundaries of anime's visual vocabulary, while sacrificing not one jot of emotional intensity or thematic acuity. Coming to appreciate Yuasa's works has been one of the greatest rewards of my journey with anime, and I hope you’re as excited as I am to see what he comes up with next!

Please let me know all your own favorite Masaaki Yuasa productions in the comments!