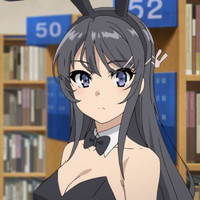 As the holiday season wanes and the current year winds to a close, it's natural to reflect on the changes life throws at us and how our present selves differ from who we used to be. Or if that's too philosophical, we can always just look back at the anime of yesteryear with the Fall 2018 Review by "Cruising the Crunchy-Catalog".

This week we delve into the rocky road that is adolescent identity with a story of anxious minds, raging hormones, and turbulent hearts. That's right, it's time to get physical with Rascal Does Not Dream of Bunny Girl Senpai. 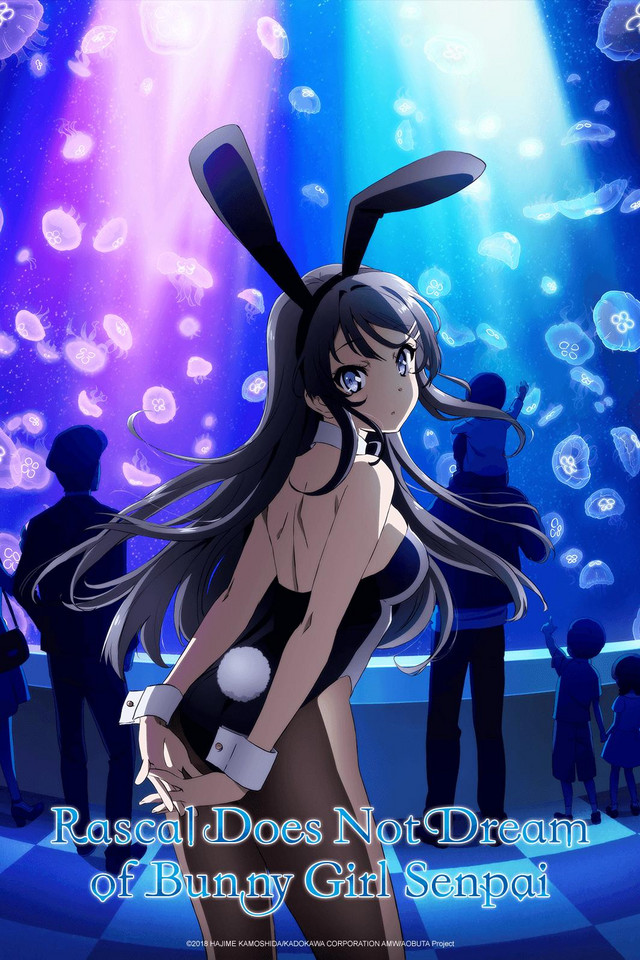 What's Rascal Does Not Dream of Bunny Girl Senpai?

Based on the Seishun Buta Yaro light novel series written by Hajime Kamoshida and illustrated by Keji Mizoguchi, Rascal Does Not Dream of Bunny Girl Senpai is a 2018 TV anime with direction by Soichi Masui and animation production by CloverWorks. Crunchyroll describes the story of the series as follows:

Bunny girls in libraries are only the beginning, because adolescence is awkward and the main characters of Rascal Does Not Dream of Bunny Girl Senpai deal with all manner of science fiction strangeness – body-swapping, the same person existing in multiple places at the same time, Groundhog Day-style shenanigans where time repeats itself, etc. – as Sakuta Azusagawa and company get drawn into the “Puberty Syndrome” problems of their friends and loved ones.

Chuni From Head to Toe.

Rascal Does Not Dream of Bunny Girl Senpai is unique in that it deals with extremely “chunibyo” concepts in a surprisingly grounded fashion, and this speaks to the strength of the show's characterization. Despite all the strange things going on, Sakuta and his friends take everything in stride and react in ways that are refreshingly realistic, most often attempting to adjust to their new normal when “Puberty Syndrome” strikes.

Even the elements of the series that seem at first blush to be adolescent wish-fulfillment – such as Sakuta and his younger sister living in a separate house from their parents – are addressed and paid off in ways that are not only internally consistent, but thematically revelatory. 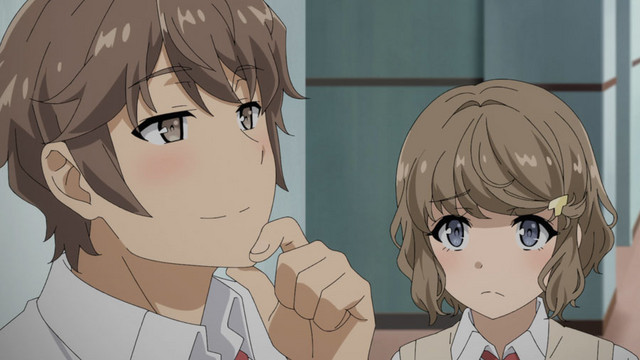 By wrapping its drama in the language of pop culture science, Rascal Does Not Dream of Bunny Girl Senpai couches its more abstract metaphors behind a layer of plausibility, transforming the series from a straightforward teen drama to a work of “magical realism”.

The series juggles a variety of famous ideas, theories, and thought experiments, such as Laplace's Demon, quantum entanglement, quantum teleportation, and the ever-popular Schrödinger's cat. The physics may be fuzzy, but it serves a greater purpose: the exploration of deeply personal themes as ordinary adolescent anxieties manifest in strange and unexpected ways. 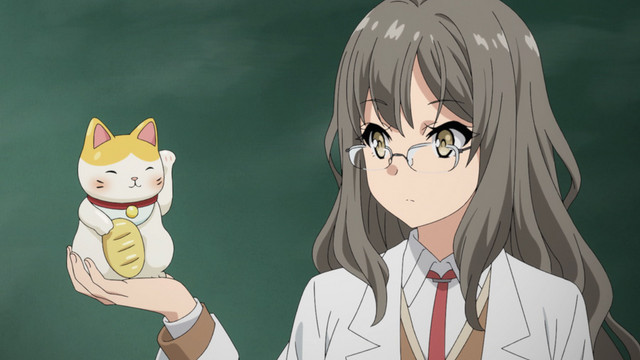 The Weight of the World.

Despite its breezy title, Rascal Does Not Dream of Bunny Girl Senpai deals with some pretty heavy subject matter, including bullying, mental illness, attempted suicide, the dangers of navigating online spaces, and explorations of sexual desire and unrequited love.

Several story-lines use science fiction metaphors to examine concepts such as death and the annihilation of the self, and overall the series is a very emotionally intense experience, so sensitive viewers should be prepared to have their feelings put through the wringer. 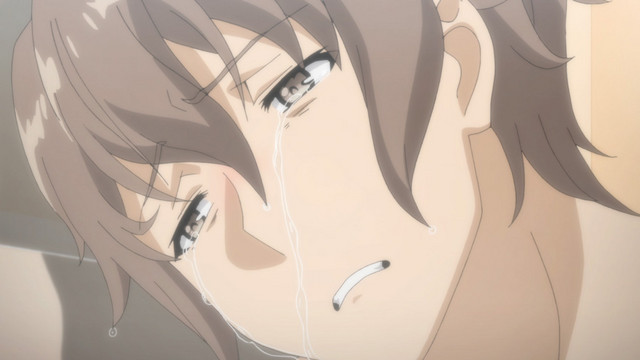 Down the Rabbit Hole.

Crunchyroll currently streams Rascal Does Not Dream of Bunny Girl Senpai in 66 territories worldwide, and the series is available in the original Japanese with subtitles in English, Latin American Spanish, and Portuguese. The TV anime is available on Bluray in the U.S. from Aniplex of America, and there's also a sequel film (Rascal Does Not Dream of a Dreaming Girl) that received a limited release in the U.S. and Canada in October of 2019 in collaboration with Funimation Films. The original light novels and the manga adaptation are being released in English via Yen Press. 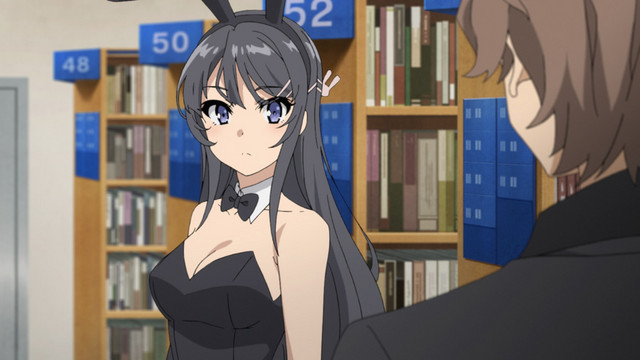 Thanks for joining us for this penultimate entry of the “Fall 2018 Review” by Cruising the Crunchy-Catalog. Be sure to tune in next time when we leave off the heavy stuff for a bit with a short-form series that is both fluffy-fluffy and devilishly diabolical.