Pinning down the fundamental mechanics of a great shonen rivalry 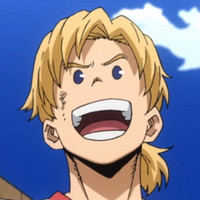 Hello everyone, and welcome back to Why It Works. My Hero Academia’s grand invasion of the Hassaikai compound has begun, opening with a dramatic one-on-three battle between U.A.’s Suneater and three of Chisaki’s formidable lieutenants. Tamaki won that battle, but it was a near thing, and his victory only came after an internal pep talk from his friend Mirio restored his self-confidence. But “friendship” doesn’t quite precisely describe the relationship between Tamaki and Mirio—they share something closer than that, perhaps the most iconic and unbreakable relationship in shonen anime altogether. Today let’s break down the finer points of those relationships, as we try to define the fundamental nature of a shonen rivalry! 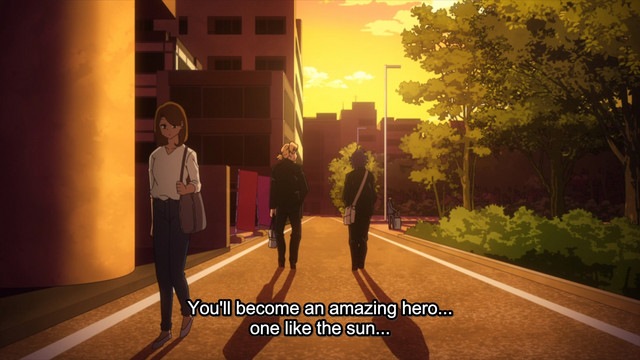 So what makes for a great shonen rivalry? First off, in visual design terms, contrast is key. Great character designs generally tell you something about the personality of their characters, and when it comes to rivalries, the sharp contrast between their appearances will often summarize their whole relationship.

This is certainly true of Mirio and Tamaki; Mirio’s upward-facing golden hair, colorful costume, bright smile, and confident posture all convey his style and ethos, and contrast naturally with Tamaki’s dark colors, overcast eyes, and slumping features. But the importance of dynamic visual contrast between rivals is clear all throughout anime; consider the contrast of Naruto’s bright oranges and yellows to Sasuke’s blues and blacks, or Ichigo’s orange hair and black suit to Ishida’s black hair and white suit. 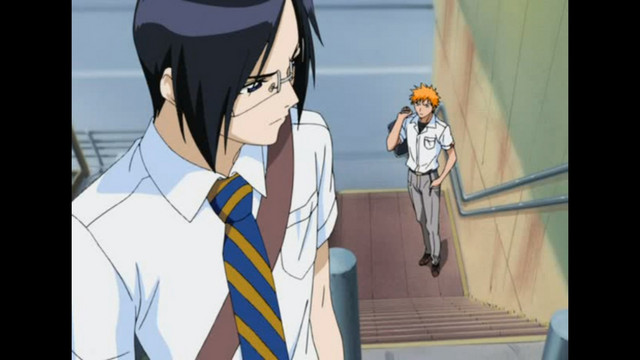 This emphasis on contrast also generally extends to personalities, as Mirio and Tamaki readily demonstrate. For shonen rivalries, the most common personality dynamic tends to be a contrast between the “reckless and enthusiastic” one and the “cool and calculating” one, a dynamic you’ll see all across anime. Normally, it’s the brash, reckless character who serves as the lead, for a variety of reasons. Such characters commonly propel action narratives forward by force of their enthusiasm, make questionable decisions that frequently result in new conflicts, and also possess a personal magnetism that draws others to them—all useful qualities for a shonen hero.

Of course, this isn’t always the case. My Hero Academia itself presents the opposite case, where the calculating, soft-spoken Midoriya is the protagonist, and the aggressive Bakugo the rival. Setting the more traditionally “rival-friendly” role as the protagonist, as opposed to centering on a more traditional protagonist like Mirio, is actually one of the major choices that helps My Hero Academia stand out as a franchise, and part of what makes its battles so interesting. 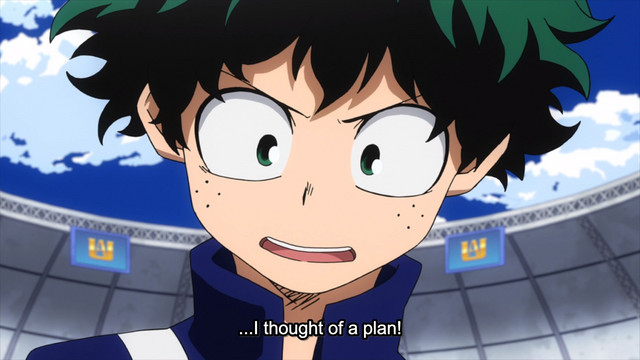 Speaking of battles, dramatically contrasting personalities also tend to make for dramatically contrasting approaches to combat, which gives shonen properties with strong rivalries a natural leg up when it comes to presenting freshly engaging conflicts. It’s easy to invent new villains on the spot, but a story’s bench of heroes must be developed carefully, in such a way as to best facilitate distinctive battles with a variety of villains. You don’t want all your main characters to add the same dynamic or rely on the same tactics; you want to foster reader interest in theoretical face-offs, and centering on rivals with oppositional approaches to conflict helps that tremendously.

Contrast isn’t important simply to differentiate characters, or maintain novelty in battles; contrast also naturally implies emotional conflict, and potential character development. Strongly contrasting personalities and worldviews naturally result in friction, as two very different ways of viewing the world are put in perpetual collision. Two characters who agree on everything don’t make for particularly engaging rivals, and also don’t naturally promote interesting emotional or thematic narratives—but two characters who always disagree, and yet are each sympathetic in their own way, can make for a fascinating contrast. 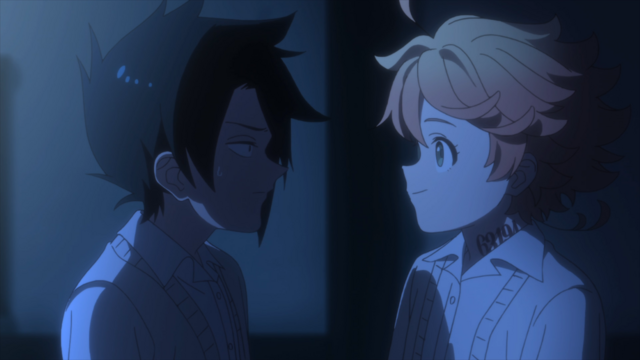 Ultimately, these divergent perspectives offer a natural path for each character to grow emotionally, as they bounce off and learn from each other. It’s a dynamic that also underpins the familiar “buddy cop” genre; being forced to engage with a perspective alien to your own, and eventually coming to respect it, is a natural arc of character development. Characters who are consistently challenged emotionally tend to grow from it, and characters who we’ve actively seen grow from their experiences will ultimately feel more sympathetic to us, and closer to us as human beings.

Some of shonen anime’s most iconic moments are centered around this process, as characters’ worldviews are challenged by the people they’ve come to respect, and they are forced to reassess their view of the world. Vegeta wouldn’t be such a beloved character if we didn’t know how much he had grown from his relationship with Goku; Hunter x Hunter wouldn’t be such an acclaimed property if not for the rich, transformative relationship shared by Gon and Killua. 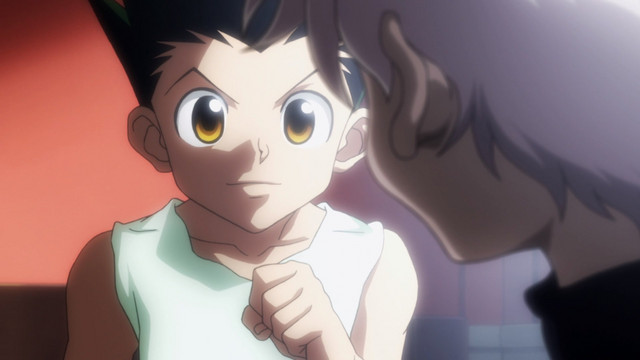 Great shonen rivals help characters define themselves in contrast, and then realize they are greater than their self-image, as they grow from their relationship with a person entirely unlike themselves. Great shonen rivals are ultimately like any great friends—celebrating us for who we are, while also pushing us towards the people we might hope to become.

I hope you’ve enjoyed this discussion of shonen rivals! What are your favorite anime rivalries? Let us know in the comments!