Why "Bad" Dubs Are Good

What makes a "bad" dub good and how has dubbing anime changed over the years? 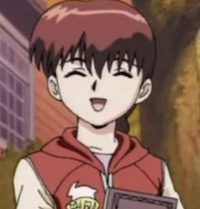 When it comes to translating and adaptating anime, most people don't even know where the process begins or ends. Enter the world of dubbed anime. From the mid 1980s up to the early 2000s, dubbed anime experienced a transformative boom via the transition from video-only releases to cable syndication. Back in the day, you walked six miles in the snow to a sketchy video store to get your Neon Genesis Evangelion tapes supplied by only a handful of distributors.

Among these early birds were the dubs produced by licensor Manga Entertainment, which included the original VHS tape release of Oh! Production’s classic Devilman OVA dubs based off the popular horror manga by Go Nagai. Other notable early dub projects included Cyber City Oedo 808 which delivered perhaps the crowning achievement in anime dubbing history (warning: explicit language). All of these dubs have one thing in common: they deviate so much from their original scripts, they may actually be some of the best dubs ever made. They're so "bad" they redefine what we think of as good. 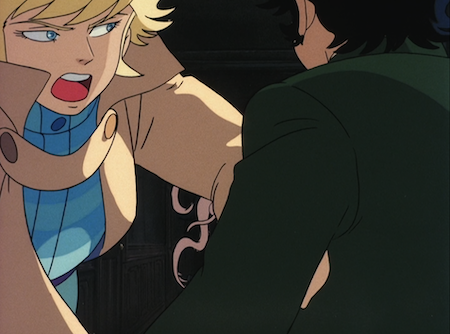 Let’s go back to 1995—Manga Entertainment had acquired the first Devilman OVA, The Birth, and had enlisted the voice talents of Alan D. Marriott as Akira Fudo and Adam Matalon as Ryo Asuka, two young men caught in the middle of some very angry and lewd demons. The dub was released on VHS tape and was definitely the sort of thing you wouldn’t see on front shelves at video stores.

This was a time before Pokémon, where anime was still a niche genre with a dedicated, but significantly smaller fanbase. For context, Fox Video had only just released My Neighbor Totoro’s English dub in 1993. Even earlier than that was the notorious 1985 home video release of Warriors of the Wind, a Frankenstein'd “adaptation” of Nausicaaä of the Valley of the Wind that drastically altered the original film spliced with other animations. While exciting and new, anime's intended audience was still hard to pin down. Was it just for kids, or meant for something bigger? Much later in 2000, as Princess Mononoke was being considered for a dubbed cinematic release, discussion of possible revisions promptly led to Studio Ghibli adopting a “no cuts” policy for future releases. At least for Ghibli, future dubs and adaptations still had to reflect the creator's untouched intent—regardless of who thought what would appeal to new, untested audiences. 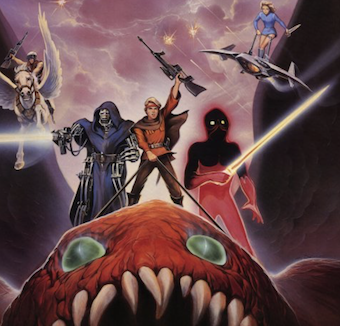 Artwork for Warriors of the Wind

The 1995 Devilman dub sat in-between this awkward era, a time where Studio Ghibli movies were genuinely appreciated, but adult-oriented anime was still left to fend for itself. A story entirely about evil demons, horrification transformation, nudity, and heavy violence couldn’t be heavily edited or censored without destroying the final product. Hence, the 1995 Devilman dub is but a handful of dubs that take a wildly different approach to “adaptation” while still surprisingly remaining true to the source material’s intent. It remained true to the spirit of Devilman's intense themes and tone, but with its own truly biting twist.

Committing to the Bit

In the 1995 Devilman dub, as Akira and Ryo are being attacked by a demon crashing through a window, Matalon (Ryo) yells “f#%kin’ a run for it” in the less-than-impressed voice of a nineties young adult who just finished watching Clerks. While in the Japanese dub Ryo seems genuinely caught off guard, Matalon’s delivery of Ryo’s adapted lines sounds like something from The Evil Dead. The Devilman OVA dub did well enough to dovetail into a second volume, which continued this trend of believable yet totally different dialogue. Devilman’s awkward mid-nineties dub might be considered an early “gag dub” in the same way many consider the infamous story of Ghost Stories’ 2005 ADV release ten years later. When it comes to “committing to the bit,” this series adapted by Steven Foster truly challenged what it meant to be a “good” dub. 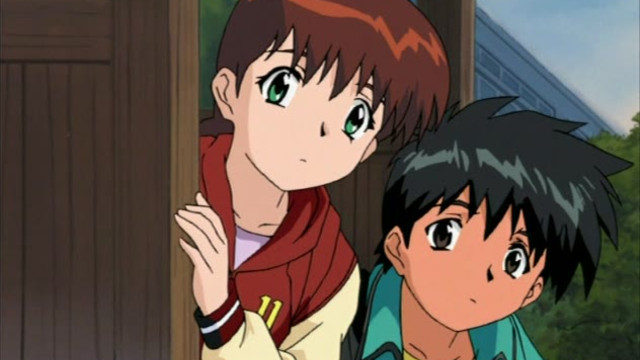 Despite being a commercial flop in Japan, the Ghost Stories dub found a much different audience with its definitely-not-for-broadcast adaptation. However, unlike the the Devilman dubs prior to it, cultural changes such as the rise of adult animation like South Park made potty-mouth cartoons slightly more acceptable. For example, Ghost Stories’ purple-haired schoolgirl Momoko is a reserved and quiet character in the original, but is transformed into a bizarre born again Evangelical Christian in the ADV adaptation. While this joke obviously wouldn’t make much sense in the original, the straight performance of the adapted script flies with these changes without pause. A dub that should be “bad” for the sake of technically being incorrect, in fact, excels in strange new ways that the original never could.

Although the Ghost Stories dub took full advantage of its artistic liberties, the spirit of the original characters and plot remain the same, albeit with a snarky bite maybe influenced from an era of MTV and Beavis and Butthead. For what’s now considered a “boom” in anime dubs and license acquisitions during the early 2000s, Ghost Stories took the risk of deviating from the norm and wildly succeeded. Like adapting a book to a movie or album to a musical, anime dubs too were finding their footing into a quickly growing market.

As anime gained more mainstream acceptance (more notably with series like Pokémon and Sailor Moon meant for younger audiences,) this liberal use of colorful language drastically slowed down. However, the question of “how is anime accessible” still remained, resulting in a wide range of localization efforts from different licensors aiming for a demographic sweet spot. While many anime fans remember Brock’s strange description of “donuts” while obviously holding a rice ball, other less blunt localizations prevailed.

Broadcast dubs like Digimon notably changed little content, but made several script changes such as adding jokes and dialogue where there was once silence. While obviously different, these adaptations are still enjoyed as products of their time and lauded for the incredible hard work of the voice actors and script writers involved. These series, syndicated alongside the Americanized version of Super Sentai aka Power Rangers on Fox Kids, exemplify how much localization depends on the audience and the context in which they’re watching it. Digimon: The Movie—a Frankenstein combination of three different Digimon OVAs for theatrical release—even included a meta joke about the Power Rangers for good measure to drive the point home. 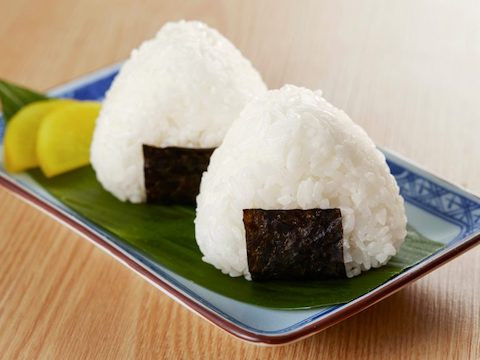 While not as crude as the pioneering dubs coming from licensors like Manga Entertainment, these 2000s dubbed television anime clearly took a page from their predecessor’s adaptation handbook. This is obviously how we ended up with an extended Big Lebowski reference in the Yu-Gi-Oh! GX English dub. Rather than argue over “subs versus dubs” maybe we should judge our anime dubs by the number of jokes about capitalism.

Why do dubs like Devilman and Ghost Stories work, versus botched projects like the Warriors of the Wind movie? Anime fandom in the west was far smaller compared to today and it was much more difficult to know if your dub was technically accurate. “Gag dubs” as they’re occasionally called, aren’t so much “bad dubs” as they are a method of adaptation and localization—a challenging task that most translators find difficult on their own without outside help.

Anime with strong visual cues, like ghosts and demons, can clearly tell a story without much exposition given a surface-level understanding of fiction tropes. This is how we get jokes about politics and Walmart in what was once a kid’s show about solving spooky mysteries. But much more often, the owners of the source material dictate the tone of any adaptations: funny, serious, or in the worst case scenario—losing the original scripts altogether (hello Samurai Pizza Cats). 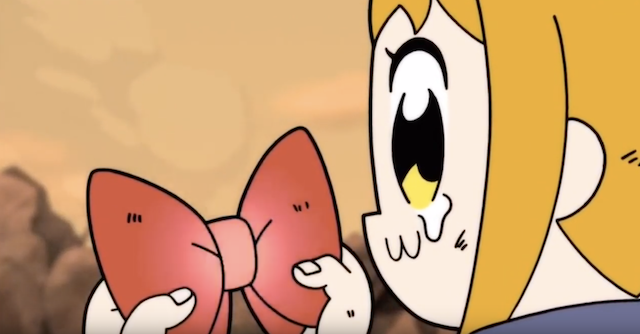 “Oh sweet Pipimi, is this really what you wanted?” “OH YAAS QUEEN”

While most anime might not be fit for a drastically ambitious dub, dubs for recent anime such as Pop Team Epic continue this long tradition of changing the script for better comedic effect. Pop Team Epic throws in a healthy “yaas queen” from Pipimi (Luci Christian) and includes riffs that might’ve not worked in Japanese, but are a perfect fit for its loose and quirky dub. But the English dub stays true to the source material and is also recorded twice with different female and male voice actors. It's not a "gag" dub by any means, but it retains the playful spirit of the original with its own creative solutions.

A truly purist approach might not always get the best delivery from a voice actor—Japanese grammar structures are almost entirely inverted from English’s and a rough translation can make a smooth dub performance difficult. Simple techniques such as changing the tone of jokes and a line delivery can quickly make a series more approachable. Anime, after all, is for everyone no matter how familiar they are with the genre, Japanese culture, or obscure sentai references only your uncle understands.

Thankfully, we don’t have to worry about jelly-filled donuts anymore.

Do you have a favorite anime dub? Let us know in the comments!