Motivate Yourself for 2020 With These 5 Anime Episodes 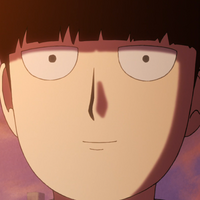 You’ve done it, you’ve reached the end of this year and the end of the decade! Take a second to celebrate that you made it all the way here. Of course, that also means that a brand new year is right around the corner... as in tomorrow. A new year brings forth resolutions, another opportunity to start fresh and lets you try out goals you might have missed out on over the past year. 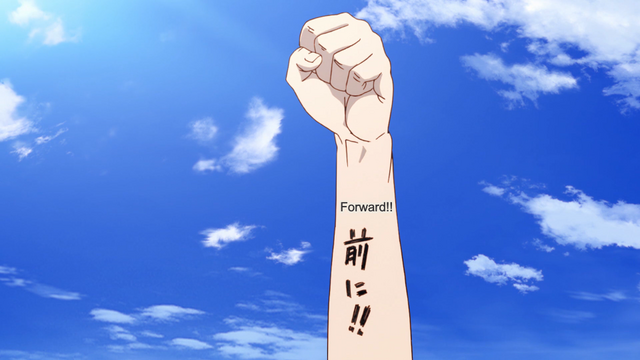 In order to push yourself toward what you want to do in 2020, you’re going to need a good push in the right direction. Perhaps that’s a pep talk, someone telling you that you can do it, or quite simply, motivation. If there’s one medium that’s rife with motivation or characters giving motivational speeches, it’s anime. So, in order to make sure you start the year off right, I’ve compiled five episodes that should give you a good amount of confidence to begin the year on the right foot! Some of these episodes might not make sense out of context, but what’s important is their message that they’re going to give you! 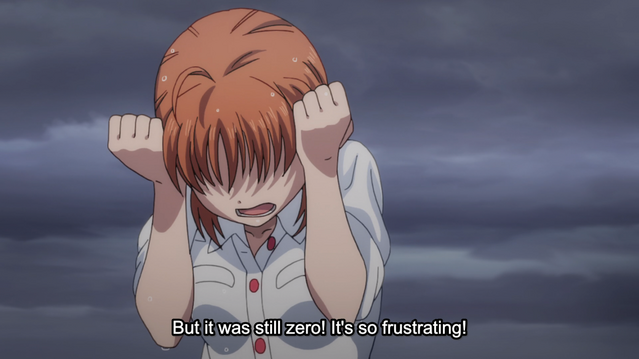 The first half of Love Live! Sunshine!! sees Chika try to make her own school idol group in the same vein that μ’s did. In a sense, she thinks it’ll be easy to do, despite the fact that school idols have exploded in the five years since μ’s won Love Live. When the six person version of Aqours goes to Tokyo for their first real competition, they’re met with what will end up defining them for the rest of the series—a zero. They get zero votes from the competition. After that, Chika has to figure out if they should still continue and finally breaks her façade of acting as if nothing is wrong while trying to be the group’s unbreakable rock. She gets mad, immensely frustrated, and disappointed that they couldn’t garner a single vote. Yet, it’s this moment that kicks off Chika and Aqours into a new direction as they realize they need to find their own voice when it comes to their group. Instead of wallowing about the fact that no one voted for them, they’re going to turn the zero into their key point of motivation going forward. It’s fueled by spite, anger, and frustration, but sometimes that’s exactly what you need in order to truly get the confidence to do what you want to do. 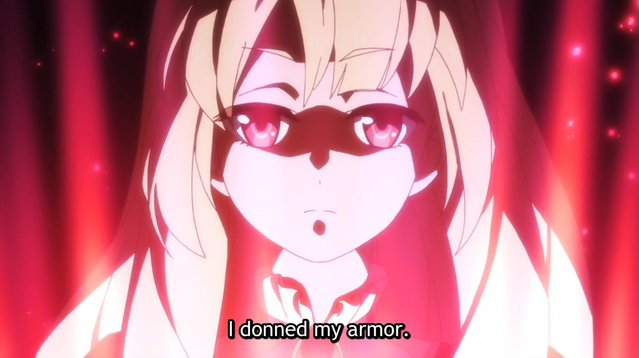 As we’ll see in a majority of these episodes, failure is a good motivator for getting you toward the next step of your goal. When you have a plan of how to move forward, it’s easy to get going, but when you keep hitting brick wall after brick wall with no help in sight, failure can drag you into its depths like you’re sinking in quicksand. That’s what Yumi feels when she keeps having her character designs rejected over and over again without any feedback as to why they’re being sent back. For creators, that’s especially demoralizing as you can keep trying to make what you’re working on better, but eventually, it’s all going to look the same. Thankfully, Yumi was able to rely on Rinko and others within Musashino to put her on the right track,especially because the advice and confidence Rinko gives Yumi is to essentially find something that gives her inner strength—her own set of armor that she can wear when things get tough. That applies pretty well to people who are creators, but it can also apply to anyone. Give yourself your own armor for when things get rough so that you can tackle whatever is in your way. 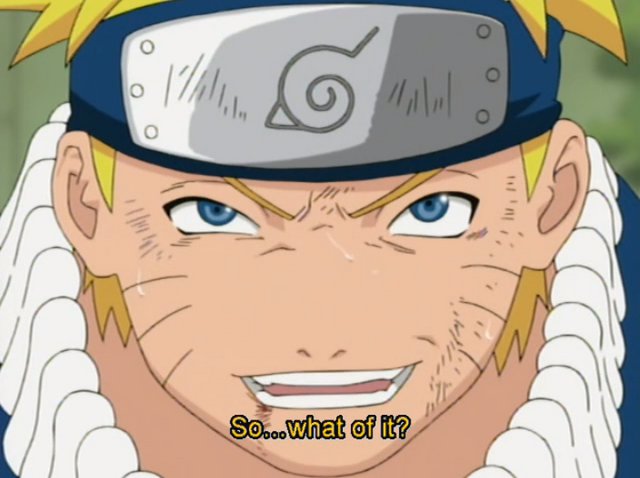 If you want motivation, shonen anime has it everywhere. That Naruto kid sure seems like he has a lot of self-confidence in himself, but in reality he’s battling with his own inner demons. Literally and figuratively. Naruto versus Neji is a big test for Naruto not only in terms of fighting, but tackling one of his peers in a battle of ideologies. Self-confidence and motivation can sometimes be forced through someone repeatedly tearing you down. It’s certainly not the healthiest way to go about it, but it can bring that about. Neji’s dismissal of Naruto and also earlier of Hinata causes Naruto to tap into the Nine Tailed Fox to literally punch into Neji that neither him nor Hinata are failures. This fight is perhaps not one of the more easily remembered fights—heck it wasn’t in the series’ own top five list—but it’s a good example of how Naruto is able to psych himself up in the heat of battle. Of course, you could easily pick and choose from a variety of moments where Naruto does this, but for whatever reason, this is the episode I went to first when I thought of Naruto and gathering enough motivation to continue. 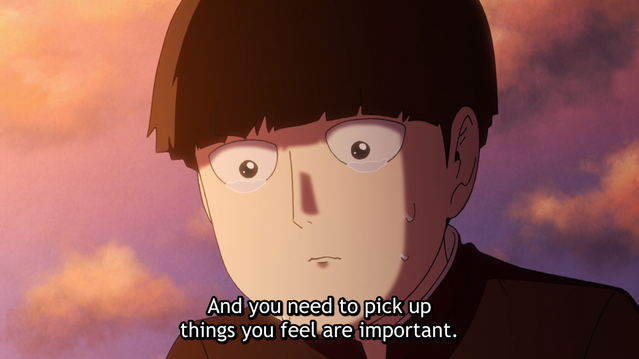 Mob Psycho 100 is a series that really pushes forth empathy as something that everyone should utilize. Mob’s just a dude who tries to see the best in everyone. Even if they might be pulling the wool over his eyes, he’ll see deep down that despite all of that, they’re a good person. The season two premiere is essentially a mix of Mob’s empathy giving way to motivation. Mob gets tricked into dating Emi, he has a genuinely good time with her, Emi’s friends degrade her for being a writer, and Mob builds her back up despite her betrayal. It’s a touching moment that not only allows Emi to see that she should continue her writing, but also shows Mob’s growth as a person to find it within himself to tell her that he’s an esper, all the while he’s being forgiving and still wanting to help her in continuing something she enjoys. Sometimes, people will do things that aren’t great to you, but at the same time, you can teach them the error of their ways and push them in a better direction.

Run with the Wind - Episode 14 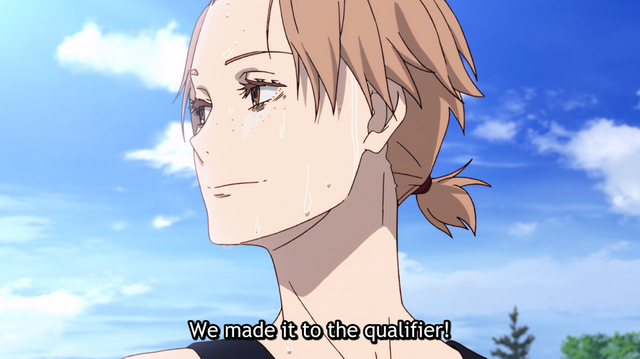 We’ve seen in previous episodes how failure can be a motivator in different ways. Whether it’s venting your frustrations or getting guidance from others, the will to continue is different depending on the situation. That can also be true when you’re in a group and the only one left who has yet to accomplish their goal. Sure, you might be getting help from everyone else, but that can only go so far. If you’re not turning in the results you want, all of that self-doubt will come creeping in. Akane a.k.a. Prince in Run with the Wind deals with this personally as he’s not your typical runner. He’d rather stay indoors and read manga, but after being brought together with this group of ragtag amateurs to try and run the Hakone Ekiden, he’s put in the work. Yet, despite that, he’s still the last one to post an official record time to ensure that the group is able to go and have the ability to qualify. The rest of the team has his back, but they do so in different ways. They’ve seen him begin to improve as they go from event-to-event, but it still hasn’t clicked. In that case, sometimes the best approach to make sure a person can keep their confidence is to be hands off with them. Too much advice or coaching can have an adverse effect, so that’s what some of the team does with Prince—they let him handle it. In the end, it’s what helps him finally reach his goal. He looked failure in the eye, not only for himself, but for the whole team, and kept moving forward, no matter what.

Given the scope of anime, five episodes is just the tip of the iceberg when it comes to motivating moments and characters. There’s thousands of episodes you could choose from stemming from so many different shows. So, in order to kick off the year right, put some of your favorite moments, characters, or episodes in the comments below that help you when you’re in need of an extra push. Help out someone else who might need that extra little pep in their step going into 2020 or find something else that could give you the confidence to take on all of your goals next year!