Adapting the Impossible: Translating the Overhaul Arc into Animation

As we near the climax of My Hero Academia's Overhaul arc, let's explore the unique challenges of adapting this arc to animation! 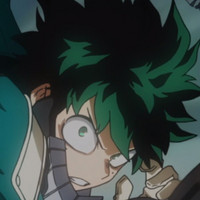 Hello all, and welcome back to Why It Works. Over the past few weeks, My Hero Academia’s initially slow-burning fourth season has exploded into dramatic action, as the assault on the Hassaikai yakuza compound has resulted in episode after episode of brutal, all-encompassing fight scenes. Red Riot’s first two battles, Suneater versus three Hassaikai lieutenants, Lemillion’s desperate attempts to save Emi - My Hero Academia has been firing on all cylinders recently, and beyond the immediate thrill of its recent fights, I’ve also been enjoying seeing the production as a whole navigate the inherent difficulties of translating this particular manga’s fight scenes into animation. Today let’s dig a little more deeply into that process, as we examine the challenges of translating Horikoshi’s thrilling fights into motion! 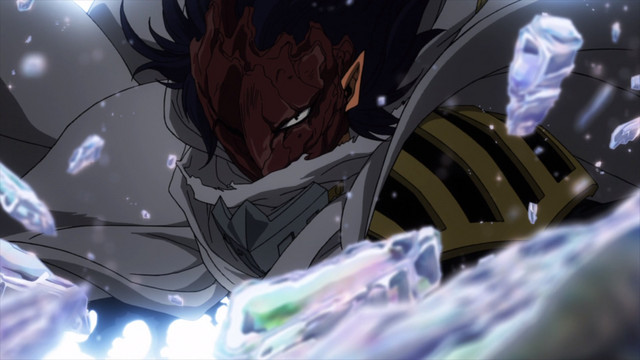 First off, it should go without saying that different mediums have different strengths, and thus great adaptations tend to embrace a rule that some might consider sacrilege: do not attempt to faithfully translate all of the elements of the source material, but instead capture its spirit in a way that best takes advantage of the strengths of its new medium.

A movie that attempts to contain all the internal monologue of the book it’s based on will likely be a worse movie for it; books are just naturally suited to extended internal monologue, whereas visual mediums are unsurprisingly better at conveying their drama visually. And though manga and anime are a bit closer in terms of their strengths, My Hero Academia’s recent arcs have clearly demonstrated Horikoshi embracing the unique strengths of manga in a way that’s actually made it harder to adapt his work. 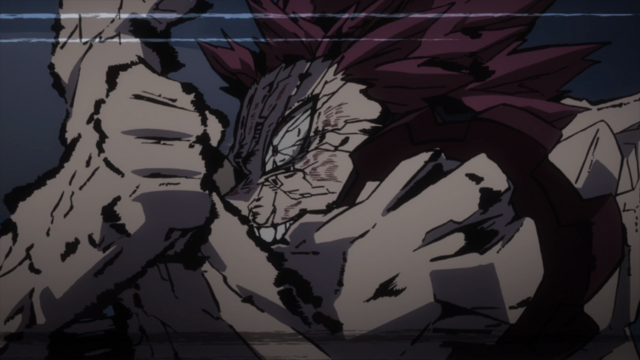 So what are those unique strengths? For manga, the relationship between panels is actually crucial to their momentum and tension. Manga normally drives our attention forward quickly through stacking panels, with extended panels tending to prompt a brief mental pause, as we scan across the panel in order to take in the whole. This is how you manage “pacing” in a medium like comics - the relationships between panels dictate the speed at which they are consumed, with many small panels implying frantic movement, and larger ones implying stillness or impact.

Following that logic, manga’s most impressive (or at least attention-drawing) panels tend to be dramatic two-page spreads, the most impactful tool in a mangaka’s toolkit. They force the reader to sit back and take stock of the image as a whole, and are generally framed as the key turning points of any given battle. Two-page spreads embody manga’s potential for outright awe in single, overwhelming images, and My Hero Academia’s recent arcs have been making increasingly prominent use of these shots for its big action setpieces. Unfortunately, while these impressive visual setpieces naturally embody the strengths of manga, their appeal is almost untranslatable into anime. 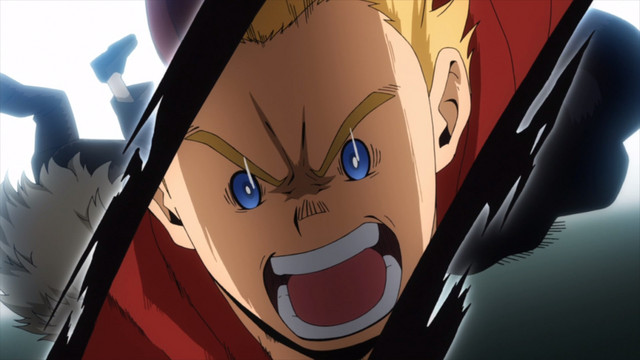 There are a variety of reasons for this. As I said, the size and distribution of panels is one of the main ways comics manage pacing - but in anime, no single panel is generally “larger” than any other. All sequences that are adapted tend to consume the same amount of screen real estate, resulting in a “flattening” of dramatic emphasis. Jokes that might have only occupied a tiny side panel are now forced to carry the whole screen, while two-page spreads that would have naturally drawn attention to themselves in comic form can be afforded no more attention than any other image. Often, if you think some sequence felt funnier or cooler or whatnot in the manga than in the anime, this can be a subtle byproduct of this flattening of dramatic intent between panels.

But there are reasons beyond the general difficulty of adaptation that make My Hero Academia such a tricky adaptation. Horikoshi’s big panels tend to be less about conveying a dramatic still moment than about capturing one moment within a larger transformation. As his creativity and ambition when it comes to Quirk designs has increased, so has the complexity of these shots, and so has the inherent difficulty of parsing his battles. For a character like Sun Eater, the number of moving on-screen parts is bountiful and strangely articulated, with characters actively morphing as they fight, and it can be hard to tell what’s going on even when given the guiding hand of panel-by-panel storytelling. 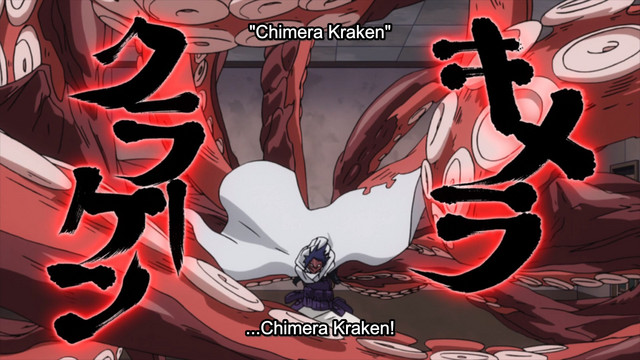 This issue was clear to see even back in the Hero License arc, when the anime was forced to contend with adapting the introductory fights of characters like Inasa Yoarashi. As impressive as single panels like this are, they present an impossible challenge for adaptation, as all those beautiful still objects represent a nightmare to bring to life. And this challenge has reached new heights in the Overhaul arc, through the absurd difficulty of conveying transformational powers like Sun Eater, as well as the issues presented by the Hassaikai’s own powers.

One of the foundational rules of animation is that adjusting the camera’s own perspective is prohibitively difficult. Animating characters in motion is difficult enough, but when you move the camera, your perspective relative to all other objects shifts, and thus everything in the frame must be redrawn. Well then, how do you animate a sequence when the backgrounds themselves are constantly shifting, like, say, due to a Quirk that manipulates static objects, or one that constantly destroys and rebuilds matter on the fly?

The answers will unfortunately have to wait until next week, as I've already run out of time. Sorry to jerk your chains like that, but I'll be back soon, and I hope you've enjoyed this dive into the details of adaptation!

Deku Takes on Overhaul in My Hero One's Justice 2 Gameplay