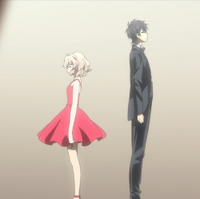 One of my favorite shows of the last decade was 2012's Blast Of Tempest. Inspired by Shakespeare's Hamlet and Tempest, it was a dramatic and ridiculous fantasy epic about romantic comedies and the end of the world. It was a series that was completely unpredictable, and it always went for the most absurdly compelling way forward, delighting and exasperating the audience in equal measure. For the lead, instead of an enthusiastic shonen hero, you had a completely nihilistic sociopath driven by revenge. Its emotional center was a repressed young man suffering from trauma and keeping everyone at a distance, and its two female leads were dead and imprisoned and spent the whole series fighting each other for control.

And when I heard the same writer, Kyou Shirodaira, was going to be writing In/Spectre, it became my most anticipated anime for the winter season. Now, two episodes in, let's take a look at why Shirodaira is the GOAT at what he does! 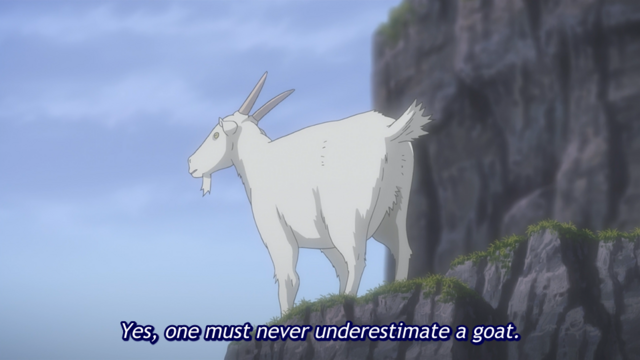 Let's start with a look at our two main characters: We're first introduced to Kotoko Iwanaga, a young woman with a poofy hat and a walking stick. We've seen wilting flower types like her before, so she immediately stakes a claim for her dominance over male lead Kuro. First, she reminds him that she owes him for saving his life, then she reveals she acquired information about him from hospital personnel, demonstrating her ruthlessness. Finally, she declares her romantic interest in him. Only after being rebuffed does she turn her interest to matters of the yokai... or was this all a feint to throw him off guard from the start? She reveals that when she was younger she traded an eye and a leg to the yokai to become their goddess of wisdom, but wisdom for the yokai appears to be worldly street smarts. She's assertive, selfish, and not afraid to get tangled in combat when it arises later in the episode. She's nowhere near the insubtantial presence she appeared at the beginning of the episode. 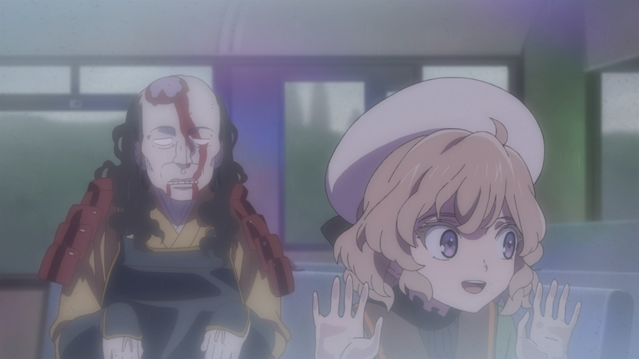 Kuro, at first, also seems to be the standard anime protagonist. Affable, friendly, kind of a pushover, he's the type to humor Kotoko until things start to get serious and he ultimately has to take a stand, revealing the inner courage he had all along. This isn't too far off from what happens, except that the affable, friendly act is just an act. Kuro has been familiar with the yokai for most of his life, and he can see them. He understands what information Kotoko has been probing for far before the audience has. His affable cluelessness would probably work on someone less determined than Kotoko, but today isn't his day. The big battle with the library monster at the end of episode 1 would usually be enough to get them to team up, but Kuro is still skeptical. In episode 2 he still decides to scope out the snake spirit on his own before teaming up in any way with the willfull Kotoko. All along, Kuro has appeared careless when he's simply invincible, and uncertain when he's been calculating. 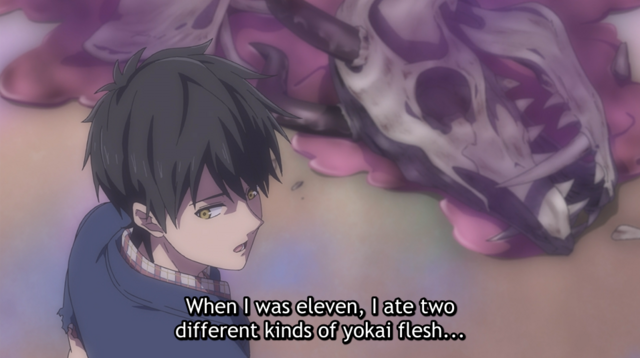 Rewatching the episode after the characters' true natures are introduced lets you see the traps Shirodaira left for you. Take, for instance, Kotoko introducing herself with the power play of noting that she had saved Kuro's life previously. He doesn't remember, revealing his feckless and carefree nature. Except this isn't what happened at all. Kuro is effectively immortal, so Kotoko did nothing to help him. The memory faded not because Kuro is ingrateful, but because he owes Kotoko nothing. The opening gambit in Kotoko's negotiation failed, and that's why Kuro was so unhelpful. 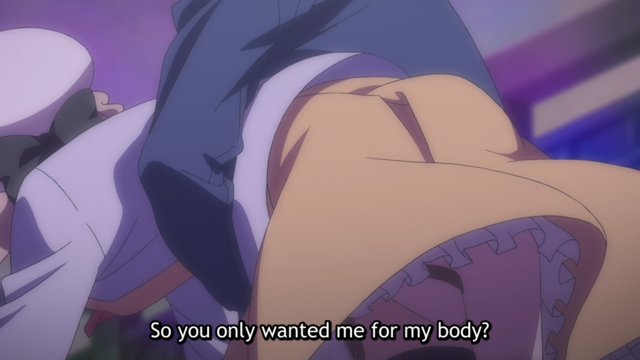 Another amazing twist is the use of the line, "So you only wanted me for my body?" This is said by Kuro in the library fight scene. This line is usually said by female characters, so there's a small joke in the role reversal. But there's another misunderstanding here. As of now, we only know that Kuro repels yokai because of his terrifying presence. So it also makes sense that Kotoko would want to use this repulsive effect to scare the monster out of the library. But Kuro's anger has an edge, because he understands the third meaning. He knows his flesh is poison to the yokai, and assumes Kotoko had this in mind all along. A simple joke, and a throwaway joke in most anime, is a crucial turning point in how the characters understand themselves and their relationships with each other.

Episode 2 opens up a lot of promising new avenues for the story to develop, with Kotoko acting almost like a therapist or social worker for the yokai. Her role isn't so much to negotiate truces between man and spirit, but to help the yokai understand why people are so darn illogical. The introduction of a permanent antagonist in that of a faceless idol singer makes me even more excited! I can't wait to see where this series goes next!

Any other clever In/Spectre moments I missed? Let us know in the comments!