US NieR Concert Premiere Has Fans Celebrating Through Tears

We were in the house for the amazing NieR Orchestra performances in Chicago, and we’ll fill you in on what went down 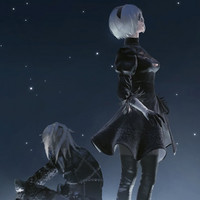 NieR fans have been a long suffering group; fans of a cult classic game and its semi-sequel that sat somewhere below the surface of being a breakout hit. The NieR games have always placed a huge emphasis on story and world-building as their main draws, with amazing characters fleshing out these two elements and giving immense emotional weight to the writing of the games. But all of that is wrapped up in a fantastic bow: the music. Series composer Keichii Okabe has crafted two amazing soundtracks that can push even the most stoic NieR fan to tears with just a few key notes, calling to mind classic scenes from the games. 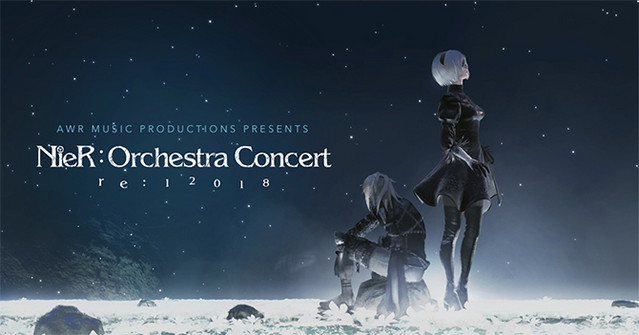 With an announcement last year that the NieR orchestra concert series would come to the United States for the first time, tickets sold out quickly as fans clamored for a chance to see their beloved music performed live. We had a chance to hit up the event premiere in Chicago, and don’t worry—if you’re new to NieR, there are no spoilers here! 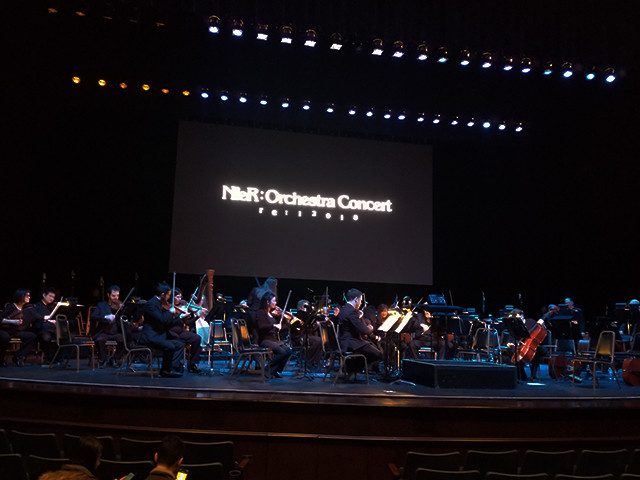 When it debuted in 2010, NieR was an odd game that many initially dismissed for its somewhat low quality graphics, complex and fiddly controls, and janky engine. Once players started to dig into the deep story elements of the game, however, they realized that this was a truly unique experience with a story unlike many other games available even today.

With NieR:Automata releasing in 2018, even more fans were introduced to the series with a much smoother gameplay experience courtesy of a partnership with PlatinumGames. When it was announced last year that fans would get a chance to hear the music live outside of Japan, the hype behind the concert exploded, with tickets initially selling out so fast that more shows were added to the schedule! 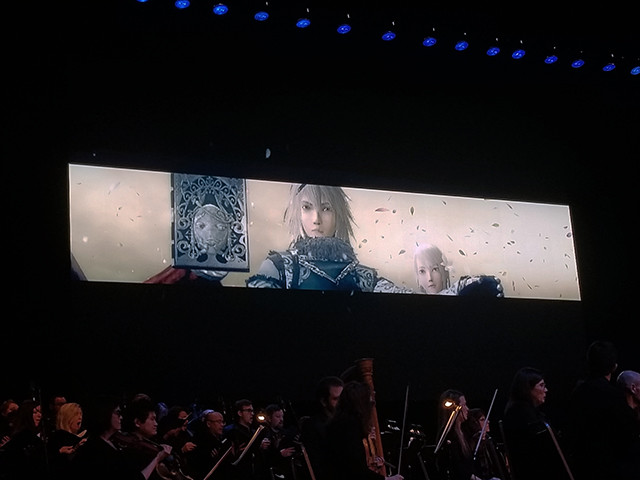 This past weekend, we had the chance to attend the premiere shows at the Rosemont Theatre, and we were truly blessed with an amazing experience. Fans braved the cold weather to line up and socialize early, with people wearing cosplay and themed outfits to the show while others handed out custom made stickers to celebrate the experience. The atmosphere was electric, to the point that the line to purchase merchandise nearly wrapped around the entire foyer of the theatre’s first floor! Fans took the time to snap photos and chat before the show started promptly at 8, egged on to their seats by the melodic singing of Emil to get ready for the show and told to take no photos or videos (don’t worry, we had permission for ours!).

Before things started, Keichii Okabe addressed the crowd, thanking them for coming out and expressing his joy of eating a lot of meat in the United States, as well as his appreciation for how many people showed up to hear the music performed. Okabe revealed that the video package for NieR Replicant/Gestalt was a new creation for the US tour made by Yoko Taro, and again thanked everyone for showing up before the show got started. 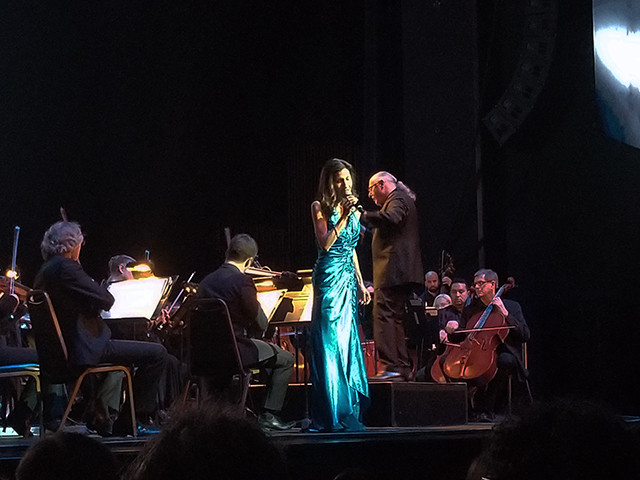 Song of the Ancients

The crowd was ecstatic as the songs began with a bang, and the emotional notes of the story rang through in the video package constructed by Yoko Taro; when Emi Evans took the stage to sing "Kainé," the entire auditorium erupted into applause… followed quickly by tears! Evans's amazing vocal performance brought the house down, as members in the audience could easily be heard sniffling and trying to hide the tears of the emotional first half finale. 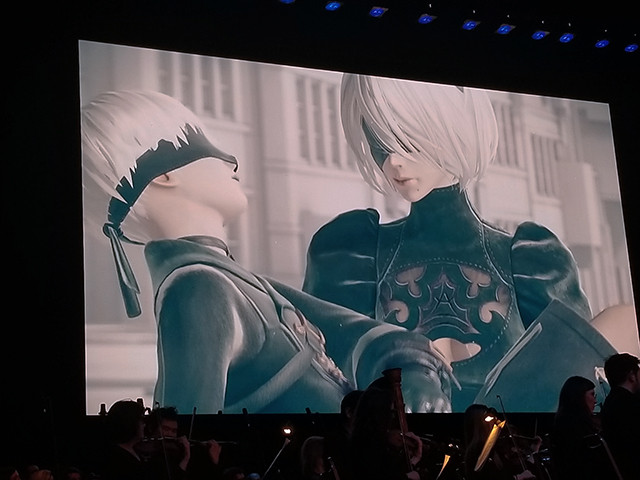 Following a brief intermission to collect themselves, 2B’s voice rang out in the auditorium, letting attendees know that the second half was about to start. Featuring selections from NieR: Automata, the second half of the performance featured the following songs:

The Sound of the End

Weight of the World (Performed by Emi Evans)

Much like the first half, this set was interspersed with narration by 2B, and featured cutscenes from the game and various other unique visuals to accompany the performance. When Evans returned to the stage to perform "Weight of the World," the attendees were again brought to tears by her masterful performance of the powerful song, leading to a standing ovation for Evans and the entire orchestra for their amazing work during the evening. But the event wasn’t quite over yet, as a special guest appearance followed the performance: Yoko Taro himself!

Appearing on stage in his infamous mask, the series creator joined Keichi Okabe and series producer Yosuke Saito to thank the crowd personally for attending. The creative team behind NieR hinted that there might be more US concerts in the future, stating: “Maybe… we’ll come back!” after the second performance on Saturday, to which the crowd broke into a huge round of cheers for. As the creators left the stage, the orchestra performed one final song, "Dark Colossus," as an encore before the night’s festivities were over. 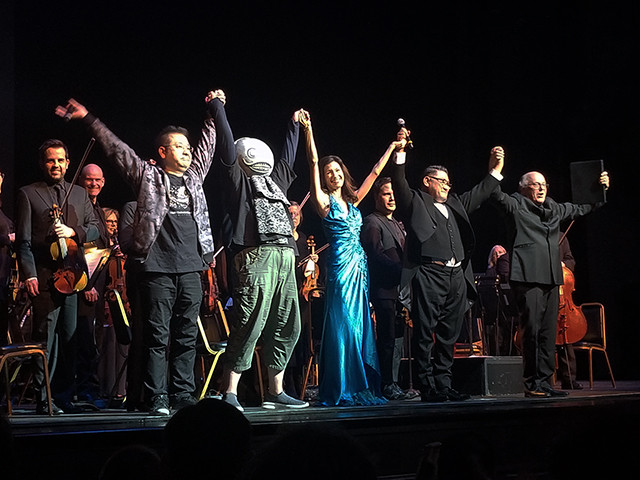 Personally, I found myself enjoying the first half of the performance more than the second, as it seemed to focus on emotional character moments and key sequences from NieR Replicant/Gestalt, while the NieR:Automata section had a heavier emphasis on action and boss theme songs. That said, every number was performed perfectly by the orchestra and truly created a magical evening for everyone in attendance. If you’re a fan of NieR who can make it to any of the remaining performances, you should absolutely do so if you get a chance; you definitely won’t regret it! We can only hope that the NieR team will return again with even more shows, and that as the popularity of orchestra-performed video game music spreads, even more series will get their chance to entrance their audiences live in person. Until next time, we’ll be waiting for more NieR… and more crying!

Are you a NieR fan? What’s your favorite piece of music from the series? And more importantly, how hard can you cry? Let us know in the comments!