From Mesopotamia to Mesoamerica: The Real History Behind Fate/Grand Order: Babylonia’s Heroic Spirits 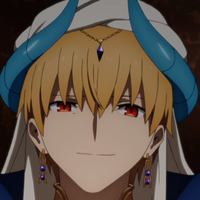 Out of all the Fate anime, Fate/Grand Order has far and away the most servants. Babylonia alone has a massive cast of historical and mythological figures from around the world, many from some of humanity’s oldest myths. From Latin America to the Middle East, Babylonia features Servants from every walk of life you can imagine and quite a few you might not have heard of! With so many names to keep track of, it can be tough to remember what legends all of these Servants came from, so we’ve put together a handy guide to who these heroes are and what legends they come from.

Read on to find out where each of these Servants hails from historically and how their Fate personalities stack up to the real legends that inspired them!

**Watch out for spoilers ahead!** 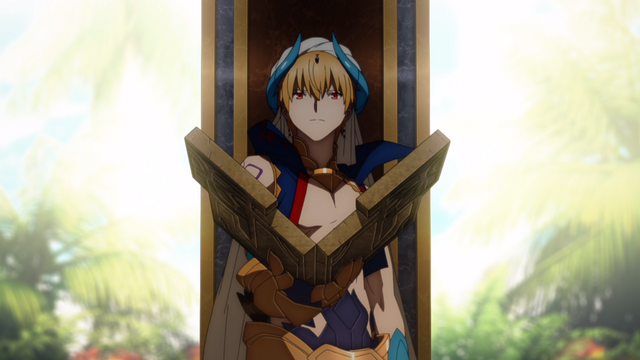 First up is a character you might be familiar with from other Fate anime: the King of Heroes himself, Gilgamesh. Gilgamesh (also known as Bilgamesh) is an interesting one since he’s the only Servant here who’s both historical and mythological. There very likely was a man named Gilgamesh who ruled the city of Uruk about 4,500 years ago (he’s really that ancient), although most of what we know about the details of his reign comes from The Epic of Gilgamesh, a collection of stories from about 1,000 years later. The Gilgamesh of the epic is a powerful but tyrannical king who the gods decide to humble by creating Enkidu to act as his opponent. Instead, the two become close friends and go on many adventures together until Gilgamesh insults the goddess Ishtar and kills the divine bull the gods send as retribution, driving them to kill Enkidu as punishment.

Mourning Enkidu’s death and struggling with the thought of his own, Gilgamesh goes to the underworld to seek out the herb of immortality, only to have it eaten by a snake right after he retrieves it. The Gilgamesh we see in Babylonia is him as he was after his journey to the underworld: cocky and arrogant, but tempered by a sense of duty to the people of Uruk. Now that’s someone who deserves the title of “King of Heroes!” 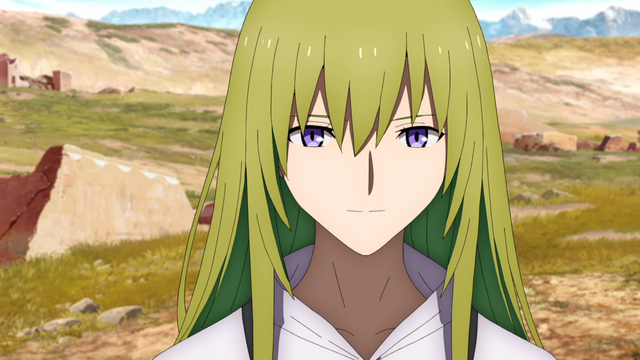 Next we have Enkidu, an integral part of every Gilgamesh legend. Enkidu is described in the epic as a powerful, hairy man, radically different from the genderless shapeshifter in Babylonia. What remains the same throughout, however, is their close friendship with Gilgamesh. Though they were initially meant to be enemies, Enkidu and Gilgamesh quickly became inseparable, going on all sorts of adventures until Gilgamesh’s ill-fated encounter with Ishtar ultimately led to Enkidu’s death.

Kingu, the person in Babylonia who uses Enkidu’s likeness, is completely different; they’re cruel, violent, and completely loyal to Gorgon. The mythological Kingu was a child of the primordial goddess Tiamat who was killed alongside her by the god Marduk and used to create humanity. This explains Kingu’s rage, although they seem to have something of Enkidu still hanging around… 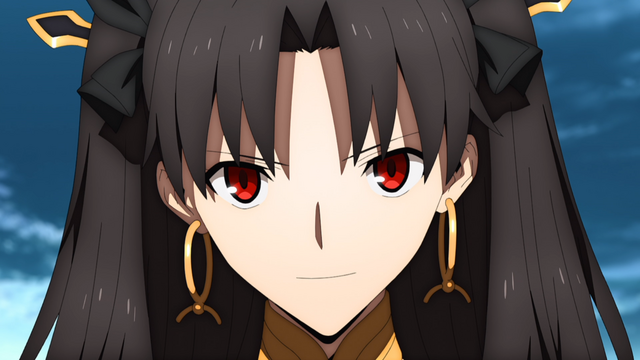 Ishtar (also known as Inanna) is the goddess of love, sex, war, political power, and a whole host of related concepts, as well as the patron deity of Uruk. Her worship even predates The Epic of Gilgamesh by over a thousand years and continued until at least the 19th century! For such an enduring goddess, Ishtar wasn’t always the nicest of gods. She destroyed a mountain for challenging her, tried entering the underworld to prove her strength, and indirectly brought about Enkidu’s death after Gilgamesh rejected her advances. Even so, as a goddess of both love and war, she was widely revered in ancient Sumer, as well as the numerous civilizations that succeeded it over the centuries.

Babylonia’s version of Ishtar is actually pretty faithful to the myth: she watches over Uruk as a guardian deity, but is also self-centered and capricious, although that’s tempered by Rin’s good nature shining through. Without that keeping her grounded, it’s easy to see how this same person could cause so much destruction, especially with the power she’s displayed as a war goddess. There aren’t any stories about her hair color changing at night, though… 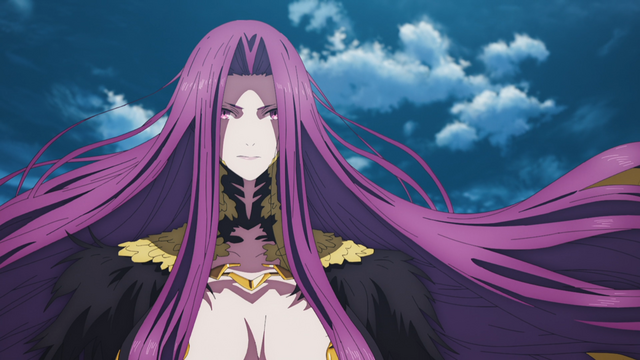 If you know anything about Greek mythology, you’ve probably heard of the Gorgon Medusa. (Content warning for mention of sexual assault.) Medusa was a snake-haired demigoddess who, after being raped in Athena’s temple, was cursed to turn anyone who looked at her to stone. Having become a monster, she was later killed by the Greek hero Perseus. Medusa can very easily be read as a tragic character, a victim of circumstance and capricious gods. Her myth gives her every reason to hate humans, which perfectly explains her portrayal in Babylonia. Her class, Avenger, is reserved for Servants who are defined by a grudge they can’t let go of, a source of hatred that drives their every action. Who would fit this better than a demigoddess who was repeatedly wronged and turned into a monster?

What’s more, Gorgon the Servant has borrowed power from the Sumerian goddess Tiamat, a primordial goddess of saltwater and chaos who gave birth to many of the other gods, only for them to later usurp her husband and kill her, creating the world from her body. As a combination of two deities with grudges against humanity, it’s no wonder that Gorgon poses such a threat to Uruk. 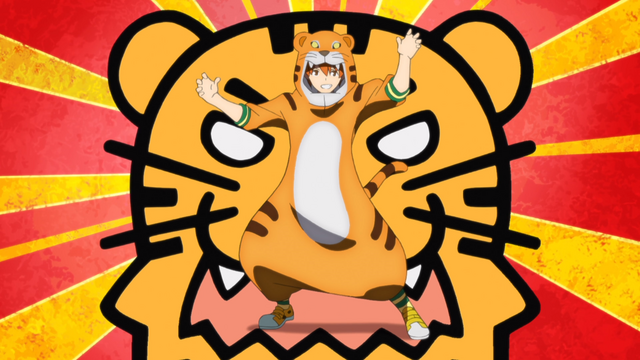 Unlike the other gods here, Jaguar Warrior isn’t based on one specific god as much as a general representation of the Maya jaguar deities. The Maya (as well as many other cultures from the region) had numerous myths and gods associated with the jaguar, the most prominent being Kinich Ahau, the sun god who also rules over the underworld at night. Kinich Ahau was also a god of war, which explains Jaguar Warrior’s fighting skills.

Of course, the Servant we meet in Babylonia takes most of her personality from Taiga Fujimura, Shirou’s teacher in Fate/Stay Night, so she doesn’t act particularly divine here. 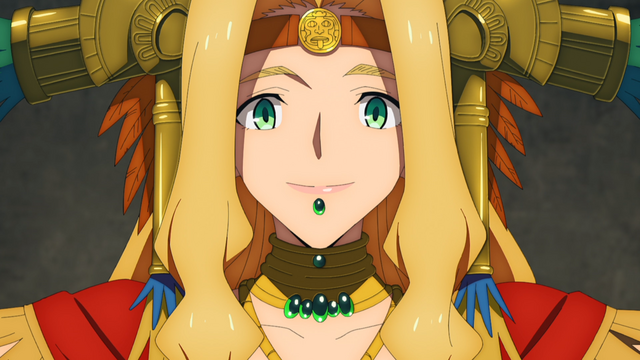 Though he’s fairly obscure now, Quetzalcoatl is a name that few ancient Mesoamericans wouldn’t have heard of. Quetzalcoatl (known as Kukulcán to the Maya) was worshipped by many civilizations throughout the region, although the Aztecs’ beliefs are the best documented now. To them, he was the god of dawn, dusk, air, and learning, and was heavily associated with Venus, which was known as the evening star. Some stories even present him as the creator of humanity. The prominence of his myths explains why Babylonia’s version is so strong, even compared to other gods like Ishtar. Aside from that and her flying snakes (Quetzalcoatl literally means “feathered serpent”), Fate’s interpretation is pretty different from the myth.

Aside from her gender being different, her personality largely comes from her fondness for Mexican wrestling, known as lucha libre. From her wrestling moves to her love of going all out in battle, Quetzalcoatl has fully embraced the lucha spirit that developed in the land that once worshipped her. Her portrayal here may not be particularly accurate, but that doesn’t detract in the slightest from her charm! 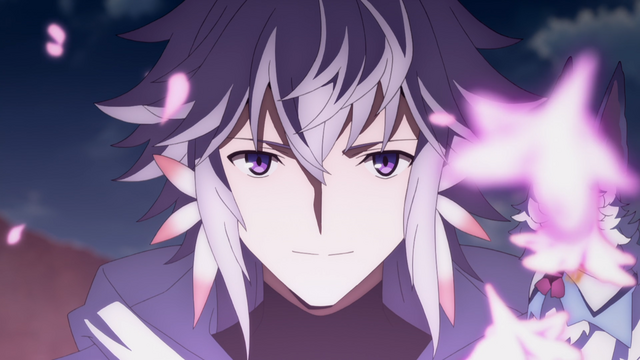 Merlin is the sort of Servant whose fame precedes him. Whenever you have a tale about King Arthur, Merlin's going to inevitably show up. Ironically enough, Merlin's legends originally had nothing to do with King Arthur. His earliest stories come from Medieval Welsh folktales about Myrddin Wyllt (Myrddin the Wild), a mad prophet who was said to live in the wilds with animals. The writer Geoffrey of Monmouth borrowed from this legend when he was creating some of the earliest Arthurian stories and turned Myrddin into the prophet Merlin. As more people added to the legend, this version of Merlin evolved into the wizard we see in today's Arthurian legends.

In the later legends, Merlin is the child of an incubus and a human woman, endowing him with supernatural powers and the ability to see the future. He uses his abilities to guide and sometimes manipulate Arthur along his path to become king, which is the portrayal that Fate emphasizes. This Merlin embodies the fae trickster side of the character, generally helping out but keeping certain secrets of his own. Even his downfall, brought about by his angering the Lady of the Lake, is pretty close to the actual legends. Tricks aside, Merlin has already proven to be an invaluable ally, and no doubt will again soon enough. 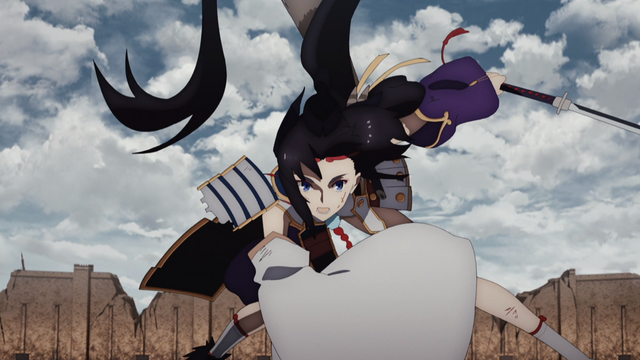 One of only two Japanese Servants in Babylonia, Ushiwakamaru is also one of the most famous warriors in Japanese history. Ushiwakamaru was the childhood name of Minamoto no Yoshitsune, a famous general from 12th century Japan who helped establish his (Yoshitsune was actually a man) older brother Yoritomo as Shogun, only to be killed by Yoritomo’s forces after the latter grew jealous of Yoshitsune’s fame. Yoshitsune was a military genius, winning battle after battle in Yoritomo’s name, including the famous Battle of Dan-no-ura, which was also the inspiration for one of Ushiwakamaru’s Noble Phantasms.

Even today, Yoshitsune is an integral part of Japanese pop culture, appearing in numerous films, plays, novels, and anime over the years. With such an enduring legend, it’s no wonder Fujimaru admired her so much. Her gender may not be historically accurate, but her fighting skills certainly live up to her legend. 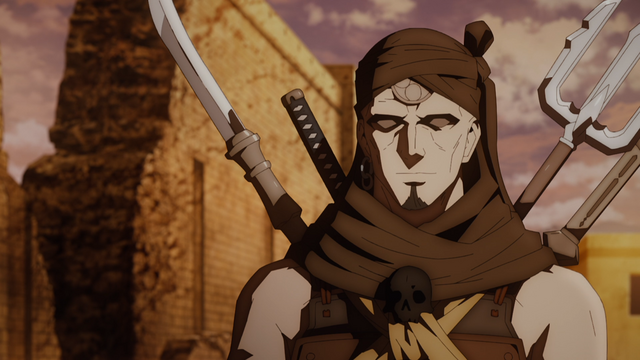 Benkei is as integral to the story of Yoshitsune as Enkidu is to The Epic of Gilgamesh. Benkei was a famous warrior monk who swore loyalty to a young Minamoto no Yoshitsune after losing to him in a duel. From then on, Benkei accompanied Yoshitsune through thick and thin, even staying loyal when both were on the run from Yoritomo. If anyone doubted his loyalty, Benkei’s death put that to rest. Trapped in a castle and surrounded by enemy forces, Benkei chose to defend the bridge into the castle while Yoshitsune went inside to commit ritual suicide.

Benkei ultimately killed over 300 enemy troops by himself before dying to arrow wounds. What’s more, the survivors didn’t even know he was dead until they got in close because he straight up died standing! Of course, this Benkei is a little different, being another one of Yoshitsune’s retainers who took on the name after the original Benkei’s death. Even so, he may yet share some of the original Benkei's valor. 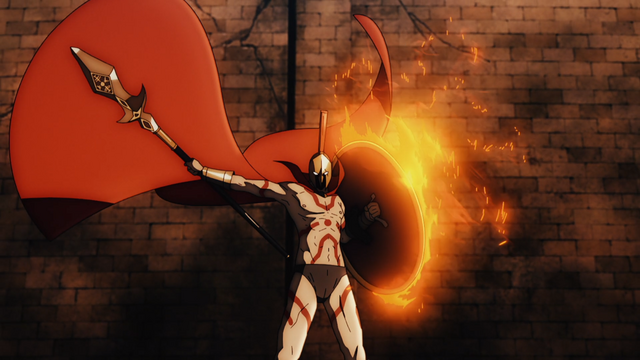 Last but certainly not least is Leonidas I. He was the king of ancient Sparta who led the Greek forces against the Persian army at the Battle of Thermopylae, and later stayed behind with a rear guard of 300 Spartans and about 1000 other Greek troops to allow the remaining Greek forces to retreat. Though Leonidas and his men were ultimately killed, it came at the cost of 20,000 Persians and allowed the other Greeks to successfully retreat and regroup.

Babylonia’s Leonidas lives up to that spirit, holding the line against Gorgon and her demonic beasts even at the cost of his life. His Noble Phantasm, Thermopylae Enomotia, even summons forth the Spartans who fought with him, which proved to be a powerful weapon against Gorgon. Though he’s gone now, Leonidas’ valor once again proves why his story is still remembered after over 2000 years.

Who’s your favorite Servant? Let us know in the comments below and don’t forget to watch the latest Babylonia every Saturday!