Superman needs to thank Goku for the help 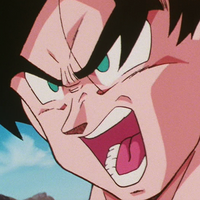 2013's Man of Steel was a Superman reboot that was both desperate to evoke the "I'm not sure what kind of hero I'm supposed to be" pathos of Christopher Nolan's Dark Knight films and also be a fresh, explode-ey introduction to a new DC Universe, one that would be able to potentially keep up with the burgeoning Marvel Cinematic Universe. But no one seemed quite ready for what would cap off the film—a fight between Superman and General Zod that was epic in length and decimated an entire city.

A LOT has been written about this fight and what it does to the Superman character. Does Superman causing that much collateral damage in Metropolis somehow make him less of a Boy Scout? Should Superman have taken a quick second to rescue some folk before he went back to punching Michael Shannon's skull off his skeleton? Should Superman have found another way to end the fight that wasn't snapping Zod's neck? I don't really care about answering any philosophical questions about the fight (Especially since Batman vs Superman spent about ninety minutes dealing with the "But what if Superman IS bad?" thing, and I don't want to add one more essay to the pile.) Instead, I want to focus on the fight itself and what went into it.

It's pretty much unlike anything ever seen in a DC superhero film up to that point. Even the most physical of Superman fights (His brawl with the three Kryptonians in Part 2 and with Nuclear Man in Part 4) were pretty fleeting. And most of Batman's onscreen fights at that point had consisted of 1) Him getting slaughtered by Bane, 2) His quick duels with various ninja or ninja-esque folk, or 3) Michael Keaton backhanding clowns so hard that their spines got rearranged. So to have a fight that lasts nearly a full act of the movie, incorporates most of Superman and his antagonist's powers, and leaves both combatants and the city around them brutalized and barely standing is borderline revolutionary.

And it was all due to anime.

Filipino-American storyboard artist Jay Oliva is no stranger to superheroes or fight scenes. He worked on things like The Batman, Teen Titans, Jackie Chan Adventures, and The Spectacular Spider-Man, all series with a very clear anime influence in their battles. He's also directed a bunch of recent DC animated films, with my favorite being the adaptation of The Dark Knight Returns, which retained the brooding nightmare of the original comic, while adding some great stuff like this:

But Man of Steel was Oliva's first live-action film project, and both he and Zack Snyder were obviously eager to create something fresh. So Jay Oliva was determined to "come up with something I've never seen in live-action American cinema and only in anime." And if there's one show that you can count on to put together beautifully orchestrated, long battles, it's Dragon Ball Z. 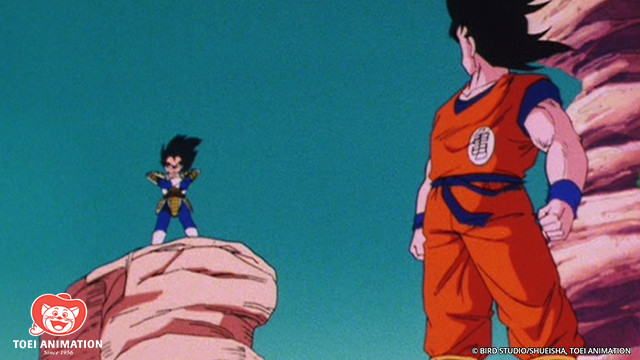 And while, obviously, the characters of Superman and Zod predate Dragon Ball, there's a lot of Goku vs Vegeta in Superman vs Zod. First off, the characters: Goku is a good guy Saiyan that's nearly indestructible, and Vegeta is a Saiyan that believes ruling the universe should be his birthright. Superman is a Kryptonian that's trying to reconcile being a solid bro to earthlings and Zod is all "But what if we, like, weren't nice?"

Then you have the fight itself, which includes a lot of punching, a few lasers, and copious flying through buildings, both on and against a character's will. Goku's fight with Vegeta includes quite a few instances of all of those things (Well, replace the buildings with some mountains.) The only difference is that while Superman finds  he has no other choice than to kill Zod, Goku lets a battered Vegeta live because he knows he wants to fight Vegeta later. I can only imagine that the Justice League would put up a little more of a spirited debate over Superman letting Zod live than Krillin did with Goku's decision. 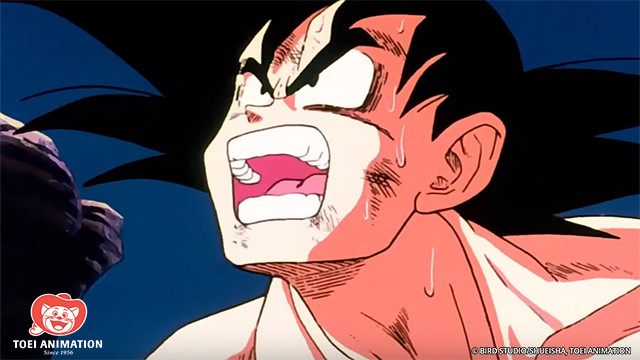 But it wasn't just Oliva that felt inspired by anime, but director Zack Snyder himself who, during a press conference, cited that he's often influenced by Japanese cinema and anime when making his own films and that Birdy the Mighty was especially influential on Man of Steel.

In short, it's pretty cool to see adventure filmmakers and storyboard artists openly talk about anime being a huge influence in their work. And it seems to have shown up in Zack Snyder's later films, too (Batman's warehouse fight in Batman v Superman feels more like something out of Naruto than any previous brawl in a Batman flick.) And considering the growing popularity of anime in the West, I doubt it's an influence that will slow down anytime soon.

Were you a fan of Man of Steel? What other series could benefit from some Dragon Ball Z influence? Let me know in the comments!