Any guy would be lucky to date her, Kuro 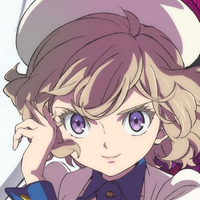 Nobody's perfect, but some of us are darn close. Take Kotoko Iwanaga, for example: smart, pretty, powerful, and basically straight-up girlfriend material. Can you imagine being lucky enough to have her fall in love with you? Too bad, guys, 2020's Best Girl is happily taken. See? 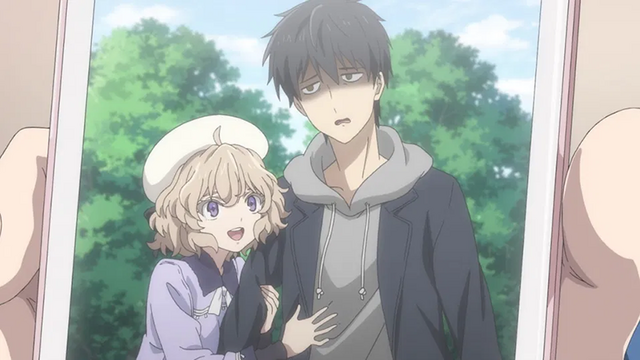 But on the off chance that she were to become single (not gonna happen), or in case the world's luckiest guy forgets how lucky he is, we're running down some of the reasons Kotoko is the best, coolest, most perfect girlfriend that ever walked on two legs. Well, one leg. You get what I mean. 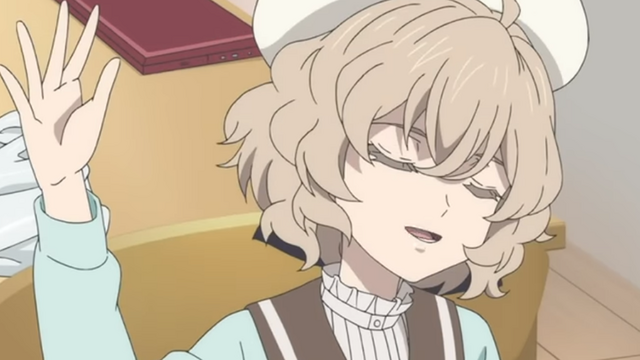 Well, obviously! When you're a literal Goddess of Wisdom, you're going to have to be pretty clever. That's not a position the yokai of the world take lightly, either... not at all. (Ouch.)

This super-important job requires knowledge of human psychology, yokai psychology, the law, and current events. It's not for the weak of heart or mind. Obviously, anyone who can keep up with these grueling requirements is going to be a well-rounded person. And what's better than dating a well-rounded person? Nothing, that's what. Get you a girl who knows everything. Like Kotoko. 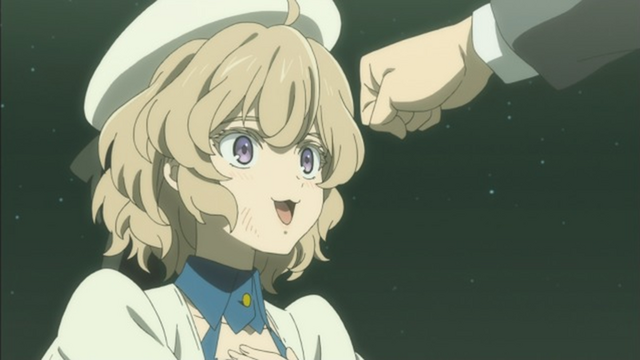 I know what you're thinking. "Hey, features writer who is absolutely not Kotoko Iwanaga writing a self-promotional piece, that looks like a kid." Well, you'd be wrong. That "kid" is 19 whole years old. Some of us just hang on to youth longer than others. No need to be jealous.

Can you blame a guy for wanting to hang on to this cuteness? Of course you can't. Imagine the adorable selfies when you're out at lunch.

She has a great personality 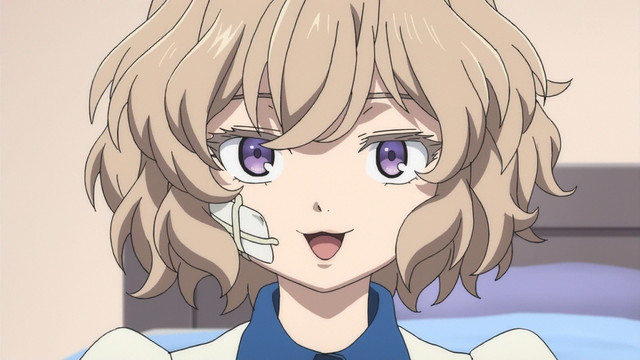 Looks and smarts are great, but they're nothing if they don't come with a sparkling personality. And boy, does Kotoko have that. Who else would walk right up to you and bare her heart without fear? What other girl has a sense of humor even in life-or-death situations? She'll make all the jokes you're too afraid to make, because she's just that funny and clever.

Plus, she won't drag you down with talk about how scary things are, or how she can't eat beef anymore, or whatever.

She can handle your drama 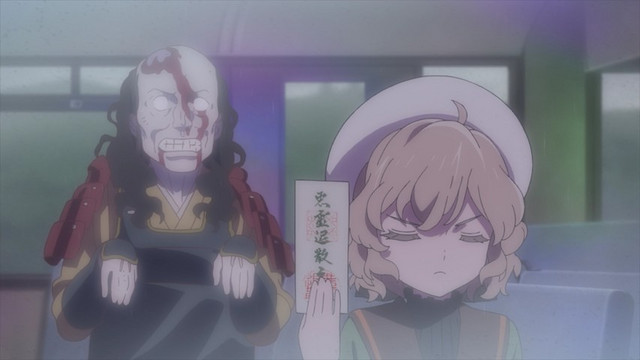 Speaking of which, there's no way you're going to burden Kotoko with your worries. Seriously. She's solving problems for monsters and dead people all day—there's nothing you could hit her with that would surprise her! Heck, she could probably even solve your problems for you, if you'd just talk about them more instead of wandering off all the time.

Got a dark past? No problem: so does she. Seeing weird things in the night? That's Kotoko's whole scene. She'll never get scared of a harmless kappa. She'd never break up with you over your family's weird obsessive paranormal experiments. That's just how cool she is.

She can beat up ghosts... 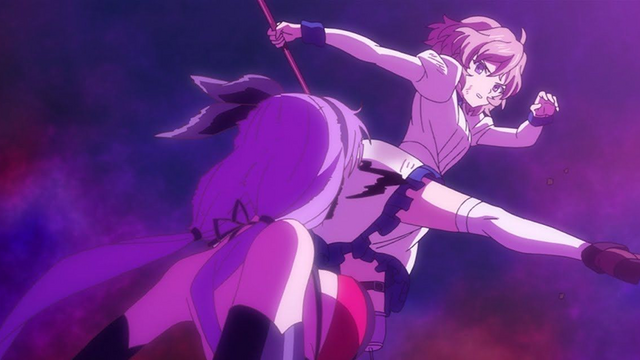 Don't let the walking stick fool you: Kotoko can totally fend for herself. Did you see her kick Steel Lady Nanase in the face? How cool was that?

"But features writer who still isn't Kotoko," I hear you say. "You can't hurt ghosts! They're ghosts!" And that's where you're right: your average human can't hurt a ghost. But Kotoko isn't your average human. She's super-special, remember? That means even when there's something paranormal on the prowl, you can count on her to have your back. 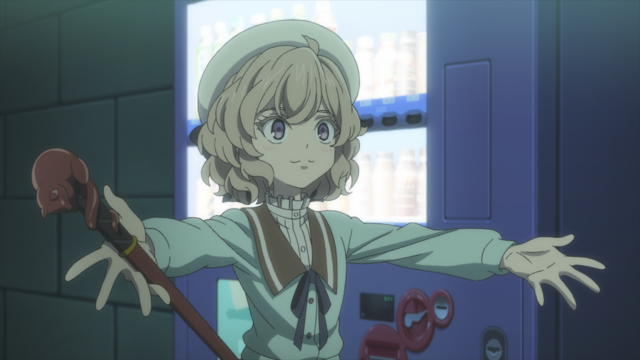 Don't you hate it when the person you like starts ignoring you for no reason? You start worrying about whether they're mad at you, or in trouble, or even dead. You'll get none of that from Kotoko, though. Expect tons of loving text messages, from good-morning check-ins to midnight conversations. She'll never let you forget you're loved.

She'll also never shrug you off for a full week and then claim she thought all your texts were spam, Kuro.

Hundreds of yokai can't be wrong! 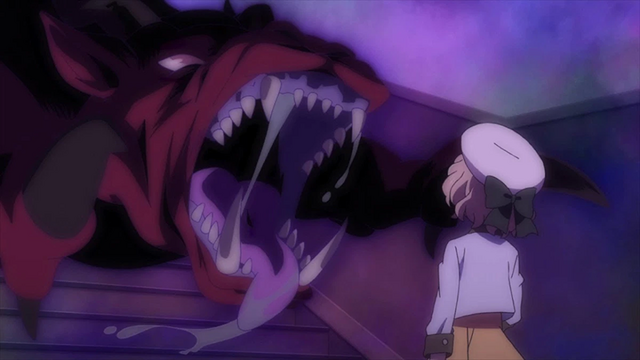 Look, let's just take it down to basics. This is a girl who was chosen by yokai to be their goddess of wisdom. They must be on to something, right? They wouldn't just kidnap any old girl, cut off her leg, and gouge out her eye. Clearly there's something special about Kotoko for the legendary beings of Japan to trust her as much as they do.

The spirits of Japan have been around for a long time, so there are good odds they know who to trust. When you think about it that way, who wouldn't want a yokai-approved girlfriend? 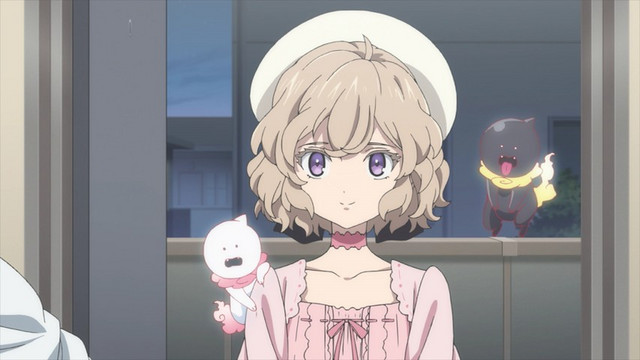 Sound like your kind of girl? Too bad—like I said before, this particular Goddess of Wisdom is most definitely in a happy, loving, completely mutual relationship. Speaking of which, it's about time for that 9:15 check-in.

Need your daily dose of Kotoko? Watch In/Spectre on Crunchyroll!

Tags
in/spectre
« Previous Post
Not Born to Be a Hero: My Hero Academia and the Road to Greatness
Next Post »
When Two Anime Dudes Get Side By Side, Watch Out
Other Top News
16 Comments
Sort by: