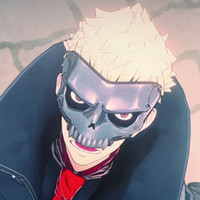 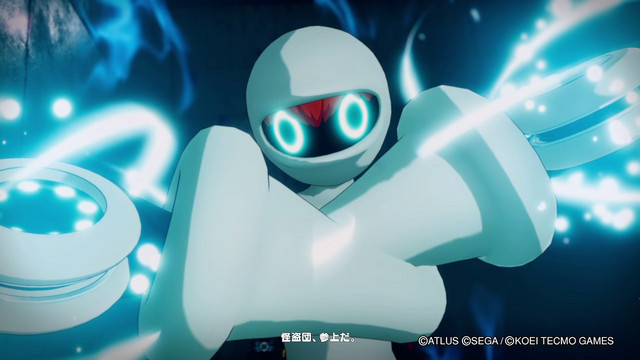 Diving into a realm not yet covered for the Persona series, the new “action-RPG” sequel to 2016’s Persona 5 is releasing in Japan on February 20 as Persona 5 Scramble: The Phantom Strikers on the PlayStation 4 and Nintendo Switch – another first for the franchise, if you don’t count Joker in Super Smash Bros. Ultimate. Before the release of the game, a demo was unmasked on the Japanese Nintendo eShop, letting fans (like myself) see what we were getting ourselves into. 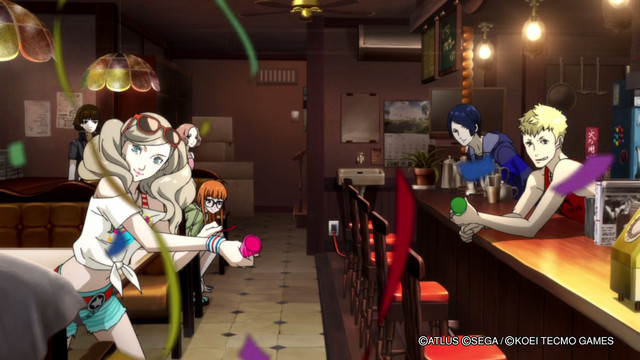 I’m a huge fan of Persona 5. Having never played any of the other games in the series, and being apprehensive on the JRPG genre in general after trying Disgaea as a kid and not enjoying it, I fell in love with everything the game stood for, though preferring the social aspect of the game rather than the combat. I adored the story, setting, and characters of Persona 5. When Persona 5 Scramble was announced, I was ecstatic over the news of more Persona, but again, apprehensive over the new combat style and what changes the social gameplay may have had.

Scrambling for a new combat system

The demo for Persona 5 Scramble isn’t very long, just the first tutorial and a little of the first palace to entice you with the story and teach you how the new combat system works. At the start of the game, Joker (which you again get to name, I personally use Taki Tachibana because of Your Name.) lands in the infamous Shibuya Scramble crossing, having to weave and dodge through hordes of shadows. This is where combat is taught. 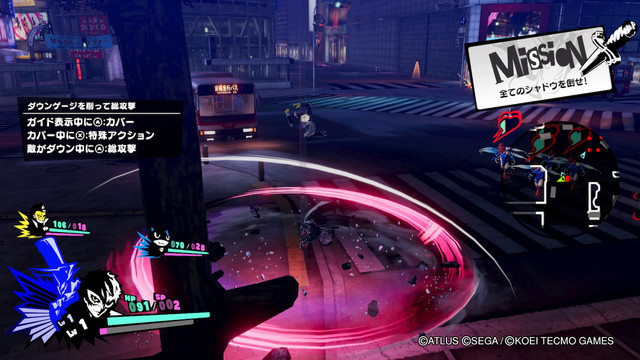 I adore the combat in Persona 5 Scramble, unlike Persona 5’s turn-based system, Scramble is a free-for-all based loosely on the Warriors series – unsurprising considering the game started out as Warriors spin-off akin to Hyrule Warriors and being developed by Koei Tecmo and Omega Force, with a lot of input from Atlus. What surprised me was the depth of the combat, though, and how well the original gameplay from Persona 5 was adapted into Scramble. For example, in Persona 5, if you shoot a fairy with a gun (to which it’s weak), you’re able to exploit that to couple with a higher damage takedown, affecting more surrounding enemies. 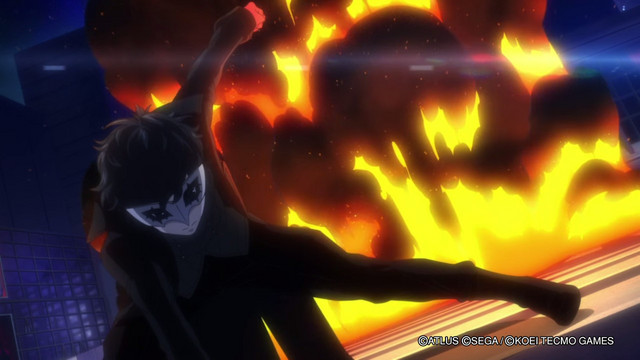 In battle, you’re also able to take advantage of environmental objects to gain the high ground or destroy to deal extra damage to shadows with the lower ground. Transitioning between battles and the overworld is seamless, with some spots that could be considered cutscenes before battles, though these were near the start of the demo, and became more seamless nearer the end. This is a much welcome change from Persona 5, where every battle had a loading screen and then a final score, making it a chore at some points to get through palaces, or Mementos.

Going beneath the graphics and overworld

While more of the demo was inside the new palace, modeled after Shibuya 109 and the sewers underneath, locations from Persona 5 returned – and looked exactly like I’d left it after my 120-hour playthrough. It felt like coming home walking the streets of the fictional Yongen-Jaya. I tried going into Takami’s office but sadly wasn’t allowed. Shibuya, on the other hand, has been slightly updated, with some interesting NPCs that are a little too realistic for my liking. 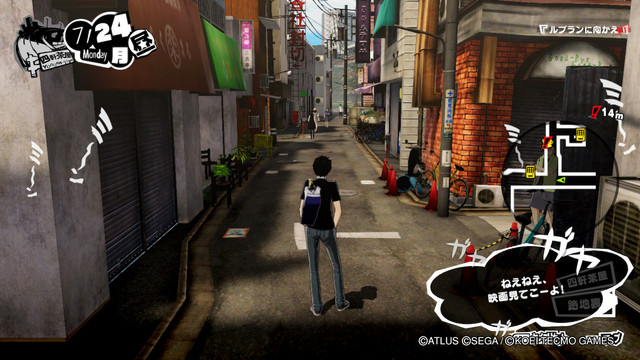 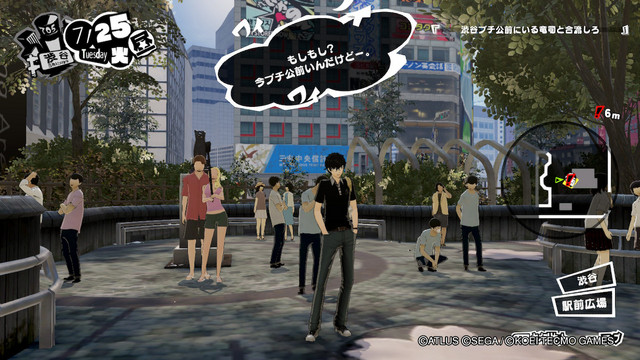 Graphically, the game ran nicely on the Nintendo Switch, even with hordes of enemies on the screen, and action animation and UI flying about. Seeing screenshots of the game side-by-side with the PlayStation 4 version clearly shows a lack of graphical fidelity on the Switch, and this was most noticeable during the introduction with all the phantom thieves at the headquarters with some pretty jaggy looking models – though the character art still looks pretty good. 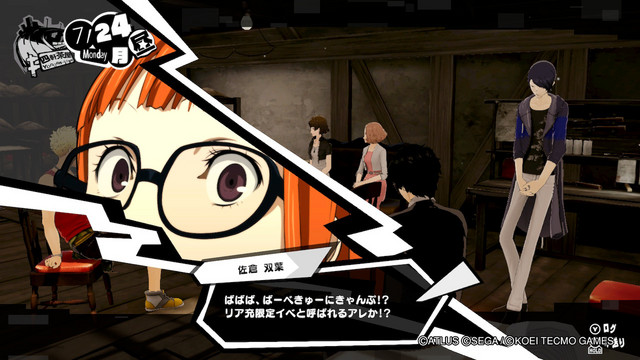 The new elements in Persona 5 Scramble are like the stacks of meat on a burger from Big Bang Burger, each patty giving us more and more juicier gameplay to enjoy. While the demo wasn’t the longest, I still noticed some story hints dripped into the opening scenes, like the abundance of an AI helper – which are all the craze in Tokyo right now – and how Sophie fits into the cognitive world. 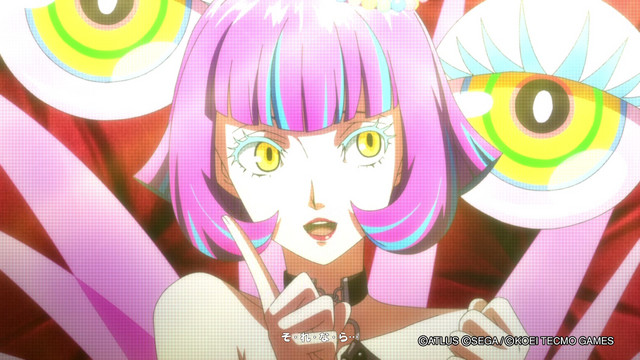 Personally, I don’t mind some jaggy models if I’m able to play a game like Persona 5 Scramble on the go smoothly. Yes, it’s not the original game (or Persona 5 Royal) on the Nintendo Switch, but being able to hang out with my phantom thief buddies and go on a vacation around Japan is more than enough to keep me hooked – especially when metal remixes of some of my favorite songs suddenly appear as I’m beating up hordes of shadows in Shibuya!

Persona 5 Scramble: The Phantom Strikers releases on the Nintendo Switch and PlayStation 4 in Japan on February 20, and there has been no announcement on a western release at this time. Persona 5 Scramble is a sequel to the original 2016 Persona 5 game, missing elements from Persona 5 Royal. Persona 5 was adapted into a TV anime titled PERSONA5 the Animation, which was streamed on Crunchyroll as it aired! 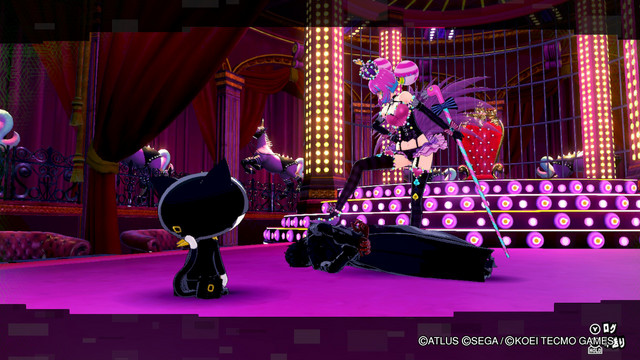 All screenshots are from the Nintendo Switch version of the game.

Tags
persona, persona 5, persona 5 scramble, video games, review
« Previous Post
Death end re;Quest 2 Has a 2020 Date with PS4 in the West
Next Post »
Crunchyroll and Kinfold Collaborate on a New Streetwear Collection
Other Top News
0 Comments
Be the first to comment!
Sort by: