From Miniature To Monster: One Of Anime's Coolest Transformations

It can change the story entirely in unexpected ways 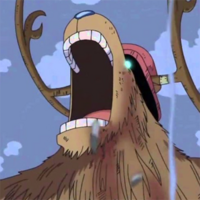 Anime is no stranger to big, dramatic transformation scenes. I've become so accustomed to watching them in stuff like Dragon Ball and One Piece that every time I try to open a particularly heavy door, I'm a little disappointed when I don't reach...my final form. However, these usually consist of a muscular, athletic guy becoming a more muscular, athletic guy. And that's really cool, but it's not exactly surprising. If an anime bodybuilder announces that he's gonna take all of his skills to the next level, my first guess will be that he's gonna gain about 15% more tricep meat.

And there's absolutely nothing bad about that. Get swole, bro. I just love to compare it to something that's a little more unexpected, like when a smaller, skinnier character suddenly turns into an uncontrollable rage beast. Like Tony Tony Chopper is one of the most pure little creatures in all of anime. He's the one member of the Straw Hat Crew that you can fit in a backpack, and during the Enies Lobby arc, when faced with the outlandish Kumadori, he was about to be killed. We were roughly four seconds from seeing a tiny reindeer man be turned into venison chili and then he eats that third forbidden Rumble Ball. 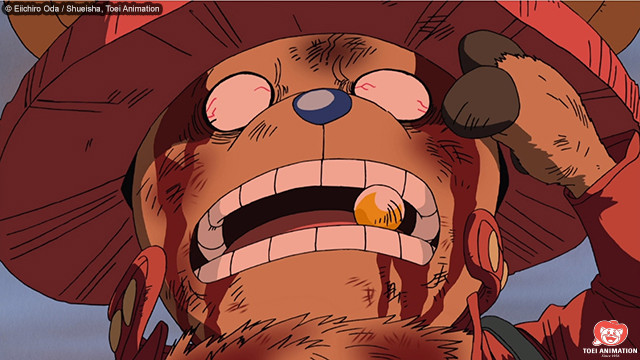 What follows is a scene that's equal parts scary and thrilling as Chopper morphs into a towering figure and beats Kumadori senseless. Gone is any semblance of the intelligent, tactical Chopper that we've come to know. Instead, he's just there to play Whack A Mole with CP9's loudest member. And I love it. 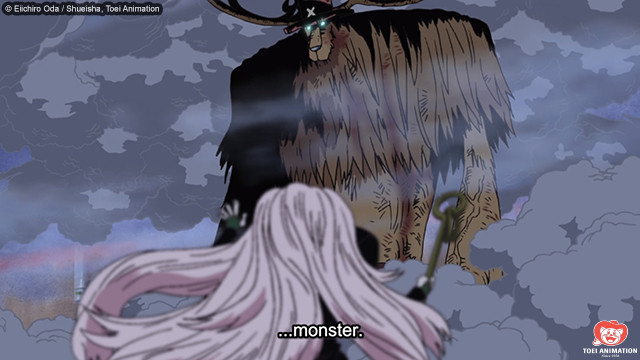 It's one of the same reasons that I like when Goku turned into a Giant Ape in Dragon Ball, though that particular transformation had a slower, more tragic reveal. At first, it seemed like a pretty standard werewolf thing - Get a full moon around Goku and he'll go bananas. But then, as we learn more about the Saiyans and come to realize that, oh, all of them can do that and it's the reason that Goku's Grandpa isn't around anymore, it becomes less of a Saiyan Cheat Code and becomes a curse.

I wish it was talked about in Dragon Ball more, because it adds a layer to the much-discussed battles of the series. It's really easy to say "Oh, well, if he's in Great Ape mode then he can definitely win," if you forget that the character might also smush their friends and family to death while monkeying around. 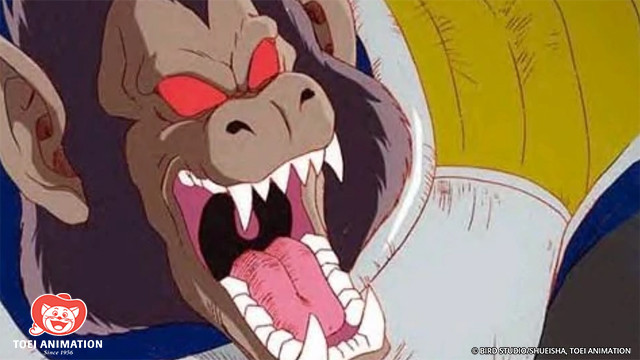 And it isn't always about growing King Kong-sized. Sometimes it's what it does for the story that make it awe-inspiring. In Yu Yu Hakusho, when Yusuke fought Sensui, he finally got to tap into his demon blood a little more, and even changed his appearance. But then, in this new form, he found himself controlled by his father figure, the Demon King Raizen, and ended up killing Sensui with a Spirit Gun. So not only did Yusuke become more of a monster, but it opened up new questions about the series' themes and how maybe Yusuke's destiny is to not have a choice in all of these battles. Maybe he's meant to be among the demons, a monster that exists apart from humanity. 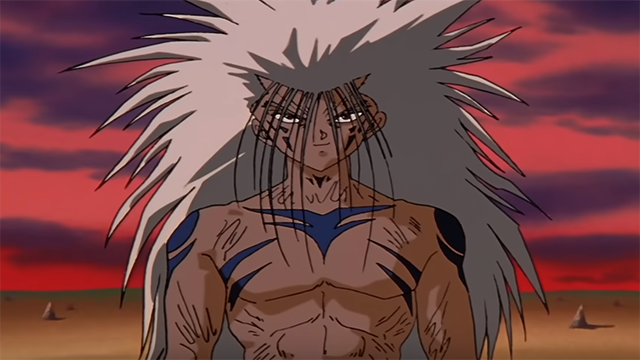 And sometimes a monster is suddenly added to the story that raises the stakes in a way that you wouldn't expect. Like, if you watch the first few episodes of Naruto and see Naruto, Sasuke and Sakura trying to comically outsmart Kakashi, you probably wouldn't expect that, in just a little bit, you're about to be introduced to Gaara. And watching him suffocate a ninja to death with his sand in the forest is a far cry from Naruto's Sexy Technique.

Gaara's introduction is one of the things that gives a lot more weight to the Chunin Exams as a whole, and makes it one of the most beloved tournament arcs in all of anime. Because suddenly, we have a character that's not just a thematic contrast to Team 7 and the rest of the Hidden Leaf gang, but a new force to be figured out, reckoned with, and very possibly murdered by. Of course, Gaara's backstory, like many Naruto backstories, is super sad, but that doesn't change the fact that when he shows up in Naruto, he's a different and scary presence. And that's not even counting his Shukaku form, which turns him into the perfect Venn Diagram of this trope. 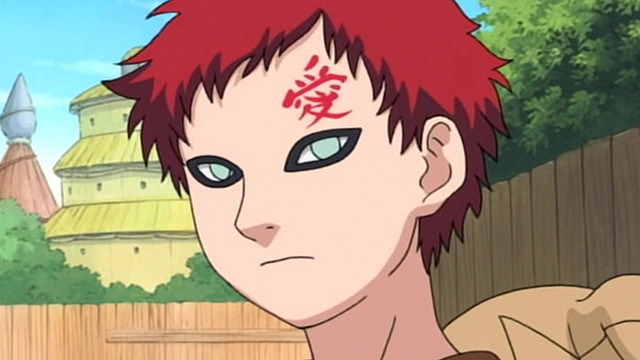 So, whether it's a little guy transforming into a Godzilla, or a fighter unexpectedly taking on a power that they can't quite manage, or a monster being added to a seemingly normal cast, there's a lot of fun to be had with the sudden appearance of a beast. Because it doesn't just give you a character an unexpected new feature, but it can also change the course of an anime entirely and make you rethink everything you knew about its world. It also looks pretty cool. That's important, too.

What is your favorite man-to-monster transformation in anime? Which one caught you the most off guard? Let me know in the comments!