Today let's highlight some terrific anime that explore the medium itself! 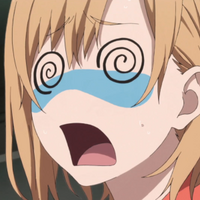 Hello all, and welcome back to Why It Works! As the season reaches its halfway point, I’m still finding myself bowled every week by the creativity and insight of Keep Your Hands Off Eizouken! Eizouken is a beautiful and charming club drama by any metric, but as someone who’s fascinated with the creative process itself, and the creation of anime in particular, Eizouken’s continuous dives into the nitty-gritty details of anime production have made for an incredibly rewarding journey. From the roots of artistic inspiration to the difficulty of managing project scope, and even the complexity of working with artistic collaborators who all have their own priorities and preferences, Eizouken has been offering a remarkably in-depth look at all of the details of anime production, and finding both satisfying drama and poignant human moments in every step of that process. 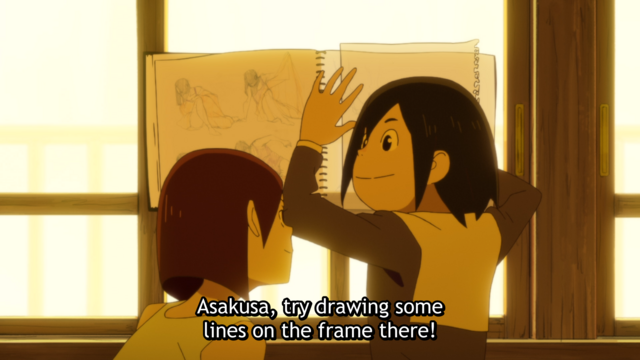 As someone who loves to dig into art in a critical sense, and explore how and why it works or doesn’t work (I mean, look at my column name), I find shows that explore the creative process itself uniquely rewarding. Though it could be argued that diving into the nuts and bolts “dispels the magic” of a beloved piece of art, it’s never felt that way for me. I enjoy connecting with the ideas of the creators, and feeling like I understood what they were going for, even when they fail. For me, a more critical approach to art appreciation, and a greater focus on the creators themselves, has actually enriched my understanding of art in general.

In fact, it’s been so satisfying watching Eizouken talk about the production process, that it’s gotten me thinking about other anime that explore anime and manga, and celebrate the quirky production-side details of these mediums we love. One show from recent years that dives into some often-misunderstood parts of the anime industry is the brilliant Shirobako, centered on five young women who all want to make it in the anime industry. 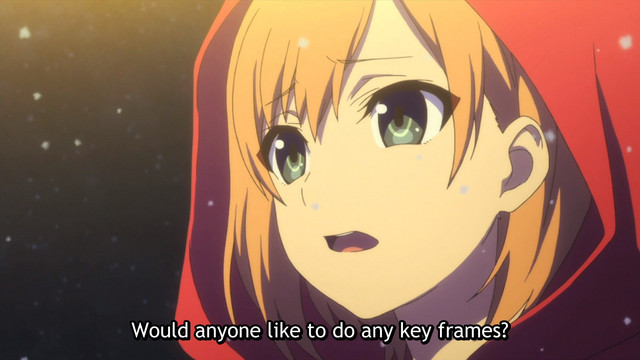 Each of Shirobako’s five leads end up approaching anime from different angles: Ema wants to be a traditional animator, Misa does CG modeling, Midori wants to write scripts, Shizuka is an aspiring voice actress, and Aoi starts off as a production assistant. Collectively, their five stories give us an in-depth and yet remarkably energetic look into the realities of professional anime production, as Aoi attempts to navigate the many pitfalls of managing temperamental creatives, while her friends discover the unique hurdles of all their own creative fields. Directed by Tsutomu Mizushima (the talented and fun-loving director of Girls und Panzer, among other things), Shirobako is an incredibly rewarding ensemble drama, and one of my favorite shows of the last few years.

One of anime’s all-time greatest directors, Satoshi Kon, was also passionate about illustrating the complexity and wonder of the creative process. Recently, his acclaimed series Paranoia Agent finally arrived on streaming, and though it’s in large part a psychological drama, it also happens to include one of the very best episodes about the torturous realities of anime production. As animators rush to finish their project on time, their own animation begins to fray and dissolve, emphasizing both the hectic mindstate of the professional animator, as well as the many layers of effort that go into creating just one finished cut of animation. 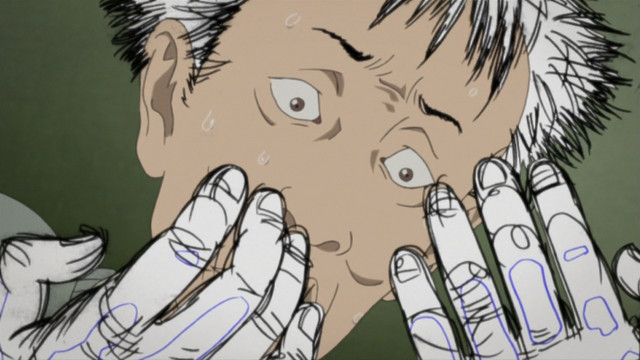 Satoshi Kon’s fascination with the creative process informs many of his works; I’m particular fond of his film Millennium Actress, which uses the career of one talented actress to explore the distance between our perception of film fantasies, and how those fantasies are actually constructed and lived through. And of course, there’s Perfect Blue, a film all about the distance between the glamorous presentation of idol life, and a life under the spotlight as it is truly experienced.

To find more acclaimed anime about anime, you might have to step back all the way to 1991’s Otaku no Video - but fortunately, there’s also plenty of anime about making manga out there, including the excellent Monthly Girls Nozaki-kun. Though it’s mostly a lighthearted comedy, Nozaki-kun actually offers a surprisingly insightful look into the mechanics of writing successful manga, and the quirks of creating art in a medium where feedback is so immediate, and stories can draw from either each other or audience perception even as they’re being created. 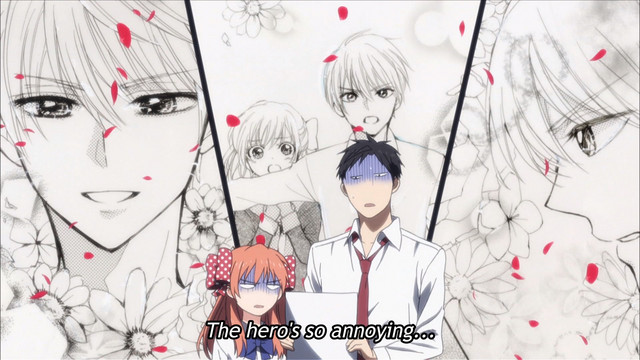 That interest in the give-and-take of manga development is echoed by Bakuman, a story that sees the writer and artist behind Death Note creating a more traditional shonen adventure, with the novel twist of “our shonen adventure is the process of creating a manga!” Bakuman’s stars are mercenaries; they’re not creating manga because they have one story they absolutely must share with the world, they’re creating manga because they’re talented and motivated and see a real opportunity here. In light of that, Bakuman is able to reconstruct the tactical fundamentals of a classic shonen drama in the context of reacting to market forces - “winning” here means successfully reading the market, making for an energetic anime that views art creation in the most pragmatic possible terms.

If we step outside of the immediate anime and manga spheres, there are even more shows that explore other aspects of the artistic process - Given and Carole & Tuesday for writing songs, Sound! Euphonium and Your Lie in April for performing them, Shonen Hollywood and Starmyu for stage performances, Saekano for visual novels, etc etc etc. Stories about art creation always speak to me strongly, as they’re directly interrogating what makes all art special, and lifting the veil between artist and audience that art itself is trying to breach through resonant creative expression. I’m always eager to find more great shows about creating anime or any other artform, so please let me know all your own favorite anime about anime creators and other artists in the comments!

Tags
why it works, keep your hands off eizouken!, paranoia agent, shirobako, millennium actress, monthly girls nozaki-kun, barakamon
« Previous Post
TRIGGER's PROMARE Anime Film Lights Up Blu-ray/DVD on May 19
Next Post »
QUIZ: Which One Piece East Blue Villain Are You?
Other Top News
9 Comments
Sort by: