OPINION: Take It From an Anime Fan and Watch It with Subtitles

Whether you're trying a new anime or watching Parasite, don't knock it if it's subbed only 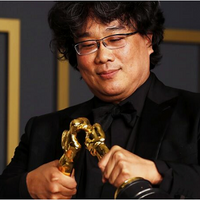 By now, you’ve probably heard enough buzz about the historic Oscar wins for 2019’s Parasite. At the 92nd Academy Awards, the South Korean tragicomedy about a scheming low-class family living off a household of unsuspecting and overprivileged socialites made a splash when it became the first foreign language film to win Best Picture. It even hauled in awards like Best Director for Bong Joon-Ho as well as Best Original Screenplay (more firsts for for Korean filmmakers).

After having such a substantial impact on Hollywood, who wouldn’t want to check out Parasite for themselves?

Unfortunately, some people can’t seem to overcome the “one-inch barrier" of subtitles that Bong himself called out during his Golden Globes acceptance speech. Despite the movie’s accolades, prospective viewers are unwilling to experience Parasite while having to read English captions that translate the film from its native South Korean. They’ve even left poor (sometimes offensive) reviews on sites like Amazon for not having an English dub or for having to read subtitles. Many journalists and bloggers have even published their own content taking avid stances on the fact that they’d rather not watch something at all than have to use subtitles in the first place.

As someone who’s been watching anime in its original Japanese language with English subs for several years and counting, I absolutely have to make the argument for subtitles. While dubs can be more palatable for wider audiences, I personally can’t imagine something as simple as words on a screen separating viewers from truly great films and shows. So I write this not to add fuel to the fire that is the ongoing “Subs vs. Dubs” debate. This is an encouragement for those who are on the fence on watching movies like Parasite or just can’t get into an anime that doesn’t have an English dub.

Watch it with subtitles.

There’s a stark difference between a dub’s interpretation of foreign language screenwriting and the original emotional impact of those same lines being delivered in their native tongues. The poeticism of certain dialogue shifts. Jokes land differently. In the case of anime, even an accurate and faithful English dub of Japanese content can still differ wildly from its source material.

Consider Makoto Shinkai’s 2016 smash hit, Your Name. Early in the movie when Mitsuha finds herself in Taki’s body, there’s a great gag in which she fumbles her way through masculine Japanese pronouns to address herself correctly. She eventually gets around to the right pronoun, but not before essentially outing herself to Taki’s friends.

Under any circumstances, it would be difficult to translate this joke in real time without a crash course in both Japanese language and colloquialisms. One might attempt this by using subs to parse each pronoun in order to accommodate non-Japanese speakers while keeping the joke intact. The official English dub opts to change the joke altogether, instead making it about how she accidentally calls herself a girl while occupying the body of a boy.

This isn’t to say one joke is more valid than the other. Both are tailored to the audience’s native language. But the nature of that bit of dialogue is completely retextualized. Whereas the English version states “Mitsuha doesn’t know she’s currently a guy,” the Japanese version states “Taki is addressing himself unusually.”

The writing staff working on the English dub had to work around a joke that already existed. The original Japanese writing team simply put a joke to a script. The same story is being told in different ways, but the Japanese gag was written for the express purpose of having a gag in the first place. Even if it doesn’t translate cleanly across languages, it retains that initial layer of writing something meant to amuse its initial Japanese audience. 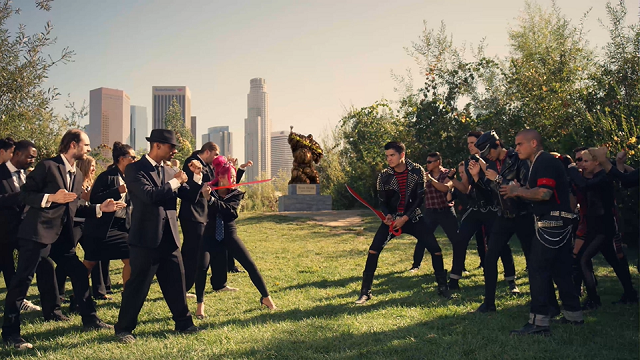 When it comes to watching anything in a foreign language—anime, movies or dramas—the difference between subs and dubs boils down to two different versions of one single narrative. Dubs are meticulously refined to convey a pre-existing narrative for a wider audience. But the subs, and therein the native language attached to them, offer a deeper understanding of the original work.

Any form of media in its native language is a window into how the story functions within the culture it was intended for. The idea is not to immediately comprehend what is being offered by way of knowing the culture as a prerequisite, but to learn a little more about the artist’s original vision. In that sense, subtitles help foreign audiences in two ways: at the base level, they help overcome a language barrier. But they also present a compelling story in as pure and honest a form as possible.

This, of course, can be brought back to Parasite and its harrowing commentary on class division. As of writing, there is no English dub, so you can only watch it subbed. But the story is so unique that it can only be told in depth through the lens of its Korean roots and its language. So yes, you should absolutely watch this movie with subtitles.

**MINOR SPOILERS FOR PARASITE BELOW**

A dub for Parasite simply wouldn’t do justice for the nuances of the film, even from a technical standpoint. A major plot point involves one of the main characters tutoring someone in the English language, a fact that would easily be lost in translation. Another character’s comedic yet visceral impression of a propagandizing North Korean news anchor is a cultural phenomenon that would only make sense in Korean. And above all, the film depicts a nation whose socioeconomic turmoil is so thoroughly attached to Korean culture that the native millenials have a nickname for it.

Anything less than a subbed version for other audiences would fail the movie’s message entirely. That said, subtitles aren’t just an accommodation for non-Korean speakers, but a bridge between you and a culture you may not be aware of. Parasite is a movie by Korea and for Korea. The least we non-Koreans can do is read words on a screen for two hours.

The same can be said about any media that uses subtitles. From a weekly anime to, you know… Parasite, entertainment with subtitles help to introduce audiences to a wider world. It isn’t about having to read very fast or utilize some higher comprehension while trying to watch something. When we watch foreign media, we are guests to other cultures. If there’s a dub to be had, then you can certainly use it to your advantage. But when you can only rely on subtitles to enjoy something, then don’t be afraid to use those either.

Because Bong was right about that one-inch barrier. Anyone can overcome it, and there’s often something brilliant on the other side.

What anime do you like watching subbed? Thinking of checking out Parasite for yourself? Comment below with your response!