The Wii U mash-up RPG of Shin Megami Tensei and Fire Emblem is FINALLY on the Switch! 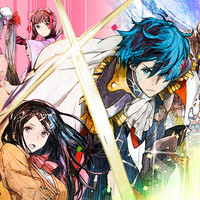 When news of a Shin Megami Tensei x Fire Emblem collaboration hit, most people seemed to initially assume it would be some sort of strategy game, like Fire Emblem, with SMT trappings, or a SMT style RPG featuring Fire Emblem in some way. With the popularity of the Persona series due to Persona 4 and the announcement of Persona 5, a lot of people’s thoughts were going in wild places. When Tokyo Mirage Sessions #FE emerged, many people were rightfully a little confused about what the game actually was, or how it was even connected to either franchise, as it featured characters no one recognized in a third-person RPG world, centered mostly on… idols?!

The reality is that TMS is greater than the sum of its initial parts, a fun and light RPG with nods to Fire Emblem characters and Persona-lite gameplay trappings. Unfortunately for the game, it was released towards the end of the Wii U’s lifecycle, meaning that a lot of gamers either never got a chance to play it, or easily overlooked the game on its initial release. With the release of Tokyo Mirage Sessions #FE Encore, however, Switch owners now have a chance to take this fantastic, unique RPG for a spin; and if you played it before, you’ll find that there’s still something new here for you, as well! 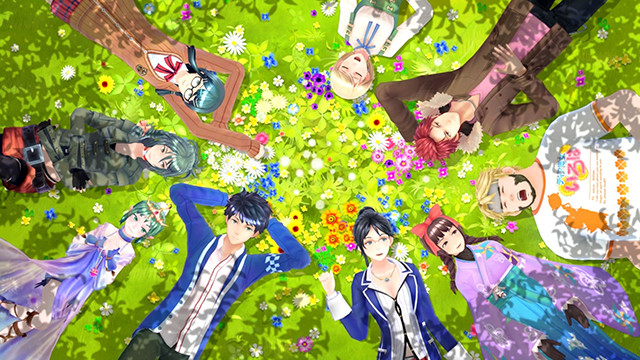 Following a mysterious mass disappearance 11 years ago, the game picks up with the spotlight on Itsuki Aoi, a somewhat bland but otherwise fine protagonist. He isn’t the silent type like SMT protagonists tend to be, and feels a bit more like the player insert character Robin from Fire Emblem Awakening; a character with a set personality that can be adjusted slightly through basic choices. Anime fans will likely pick up on a lot of the character tropes that the cast of TMS are putting down, from the dopey but genki Tsubasa Oribe to the hero-wannabe Touma Akagi, these are familiar characters that are easily likable and have great chemistry with each other.

Itsuki and Tsubasa find themselves in trouble as an idol talent scout turns out to  be a trap to capture “Perfoma," a type of energy that humans possess, that the mysterious Mirages attempt to obtain for their own needs. By strokes of luck, Itsuki and Tsuaba prove to be Mirage Masters, able to control and bond with Mirages in order to battle against other Mirages, and these beings prove to be the Fire Emblem flavored link between the two game series; Itsuki partners with Chrom, while Tsubasa partners with Caeda. Other Fire Emblem series staple characters come into play as more Mirages appear, and even Tiki the dragon appears as an “uta-loid," a Mirage that also acts as a virtual idol like world famous performer Hatsune Miku. This is generally where the Fire Emblem connection ends, however, and for the most part TMS is a SMT-lite or Persona-lite RPG, with characters traversing the “Idolasphere” in between visiting real-world locations in areas of Tokyo, like Harajuku or the famous Scramble Crossing. 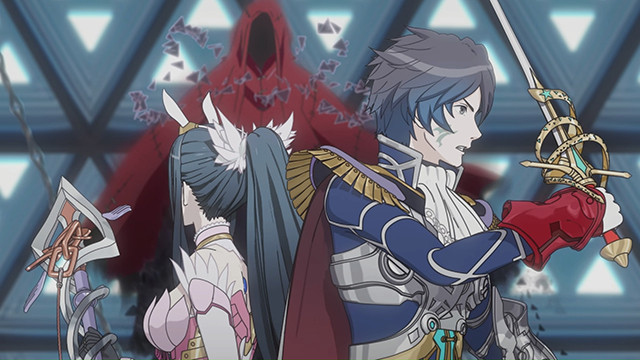 The real plot of the game revolves around solving the mystery of the disappearances, their links to Mirages and Perfoma, and the individual characters striving to achieve their goals in the entertainment world, as everyone in your party is somehow connected to performance in some manner: Tsubasa wants to be an idol, other members are already idols, some are models, actors, managers, and other entertainment related jobs. TMS has a mini-social link system, like Persona, in which Itsuki’s interactions and choices with characters influences their goals and successes in their dream jobs; if you manage to achieve all of the links to success, the ending will change to reflect this as a bonus.

Characters are lively and animated, and the game has a somewhat unique system of featuring characters as almost full body figures while they talk to you, with expressive facial features (Tsubasa’s “awawawa” shock face is my personal favorite!), and extra dialogue scenes related to side quests happen in a very amusing in-game re-creation of chat app LINE, complete with stickers. These little optional conversations are generally how Itsuki affects the social link options, but they also provide a fun view into how characters talk to one another, with group chats and solo chats appearing as the cast expands, making it feel similar to Vincent’s phone in Atlus’ Catherine series. Gameplay in dungeons works similar to Persona 3 and 4, with players piloting Itsuki around various dungeon maps, striking enemies for first hits, and then transitioning into lavish battle sequences that feature the game’s truly interesting battle system, specifically the Session System. 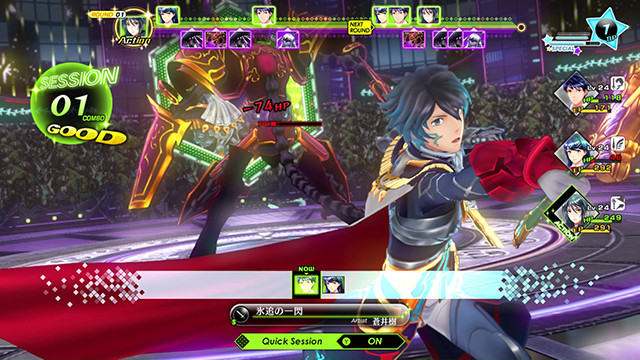 Battles are turn-based, and the SMT/Persona influence becomes very apparent here, as TMS feels very similar to Persona 4’s battle system (and, in retrospect, almost feels like it had some influence on later mainline game Persona 5’s system as well). The player has control of 3 characters, with Itsuki being a mainstay, and the other two swappable at any time during a battle. Finding enemy weaknesses is the main way to deal extra damage, and each enemy has a range of weaknesses to various physical and elemental damages. Unlike SMT, where weakness striking triggers turn skipping, TMS instead allows players that have discovered enemy weaknesses, and who have the corresponding skills on their various party members, to unleash powerful Session attacks, where multiple characters can attack out of turn sequence to devastate opponents. Exploiting Session abilities is key to survival in TMS, and in all honesty the game is fairly challenging at times, even on normal difficulty, meaning that players will need to stay on their toes and be mindful of what skills work best, when to be defensive, and when to swap party members to ensure victory.

Pursuing character side stories unlocks more powerful abilities, called Duo Attacks, and even more abilities, Ad Libs, can be discovered as players progress further. While the story of TMS is light and fun, the battle system is where the real excitement lies, and this game ensures that players who enjoy SMT style combat will probably find a lot to love. Newcomers to the SMT sensibilities of RPGs will similarly find the game accessible and easier to understand than Persona games, as players aren’t required to worry about fusions or being killed in one hit by the enemy striking your new Persona’s weakness. Instead, as players explore the world, they can farm items from enemies that will allow them to continually unlock new weapons they can equip, letting their Mirages learn new abilities and skills that deepen their usefulness in combat. Having static weaknesses on your player characters lets you learn everyone’s strengths and weaknesses, and allows you to plan better as battles become more challenging, keeping things fresh and exciting. 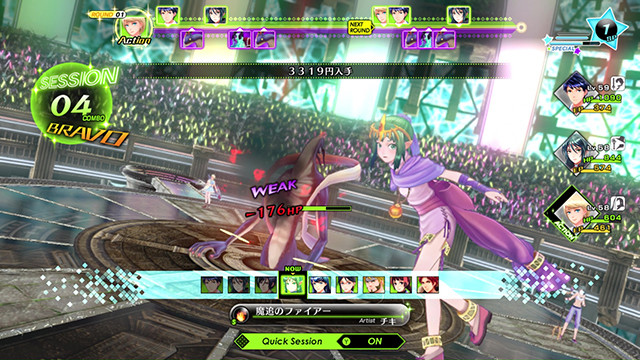 Overall, the game looks great, and even though it originally came out on the Wii U in 2015, the game has aged very well in the transition to the Switch; in fact, the game looks fairly vibrant and gorgeous in a lot of cases, and the Switch seems to be able to pull out some of the beauty even better than the Wii U did. Travelling between the city scenes and Idolasphere dungeons are always colorful affairs, and the game really does try to make things seem alive and popping, even rendering faceless NPC characters in crowded scenes as rainbow-colored people, rather than grey shapes. Major dialogue in the game is also fully voiced, however there is no dub track to the game, meaning Japanese voices are the only option for audio. While the performances are all great, this does mean that people in need of English audio, or who may rely on non-Japanese audio cues, are a bit left in the lurch by this decision. The fairly barebones release of the game on the Wii U likely meant there was no dub planned, and this re-release seems to mostly work off of existing translations and assets from the original release.

In general, this isn’t a big problem, but it is a bit of a bummer that the game isn’t quite as accessible as it could be due to the lack of dual audio options. Since music is a huge part of the game, players will be happy to find out that the OST and songs in the game are all fantastic, with some being homages to Fire Emblem music, and others being completely new arrangements and performances of unique songs made directly to tie in to the idol-focused nature of TMS. Audio and visual wise, TMS is a real treat for players, and the Switch seems to take advantage of both of these things far better than the Wii U did. 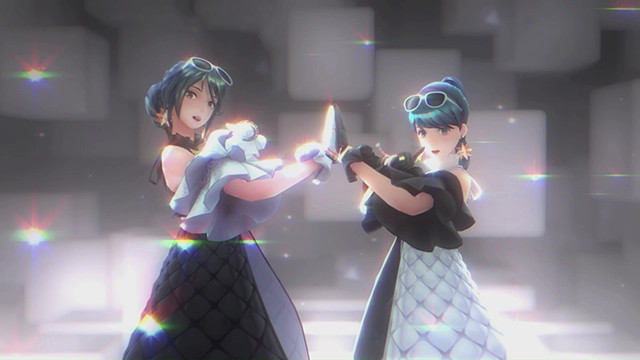 If you already played TMS on Wii U, you’ll be excited to learn that there’s plenty of new things to explore, as Encore features new playable characters and side stories, expanding what you can do and see during the game. I found this to be a really welcome addition, but was surprised that it wasn’t really advertised very well; I actually had no idea until I was presented with options and characters I didn’t have in the original game. These new scenes are all great, and they really help flesh out the already fun cast by adding in some new changes and additions.

Not only that, but each of them feels natural, meaning that you likely wouldn’t know what was new content or not if this were your first time to ever play the game. While there isn’t much other content added, all DLC for the original game is also included, making this version of TMS the superior and overall best version of the game. If you missed it on the Wii U, or you just want to play it again, pick up Tokyo Mirage Sessions #FE Encore for the Switch and engage with the truly weird and wonderful mash-up of idols, Fire Emblem, and Shin Megami Tensei. 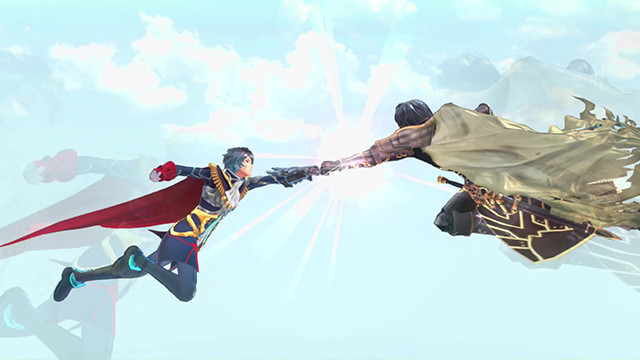 + Game runs and looks great on modern hardware, and sounds great too.

+ Controls are simple and clean, with game systems being easy to understand and accessible.

+ Characters, story, and a unique world are all fun to interact with and experience.

+ Variable difficulty provides just the right level of challenge, and even on Normal can prove to be a test of wits!

- Lack of a dub track means that some people may have a harder time accessing the game and enjoying it fully.

Did you play the original Tokyo Mirage Sessions? Will this be your first Fire Emblem or Shin Megami Tensei game? Let us know what you think of the game in the comments!