Haikyu!! and How Unconventional Teamwork Makes the Dream Work

Haikyu!! shows even the quirkiest of players can succeed in the right environment 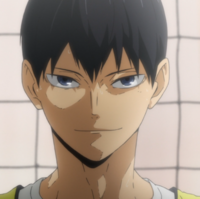 "The power of friendship and the strength of your allies mean all!" These are typical shonen platitudes, but they’re shonen platitudes that matter in sports anime. While, in individual sports, having the support of others can drive you to do your very best, they are crucial in a team sport, especially volleyball. You need to know that your teammates will back you up, or cover you if there’s a mistake. They’re not just friends, but people you need to trust, and who need to trust you, if you want to win. An exemplary show that puts this in the spotlight is Haikyu!!, where in volleyball, every person on the court matters. Not only does the team make everything come together, sometimes it's a reminder that even the quirkiest can bring out their inner talents. 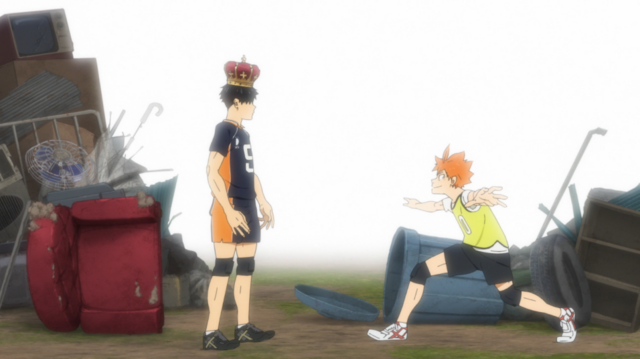 Kageyama started out as the King of the Court, the tyrant who pushed his teammates to the brink. This was not something that stemmed from malice, but rather from the genuine desire to do better. Kageyama, being naturally talented, has the ability to follow through on his own ambition, and push his playing to the highest level constantly. However, not everyone had that learning curve, and most of Kitagawa Daiichi struggled to keep up. Kageyama was unable to notice how his drive to be better but poor communication skills drove a wedge between him and his middle school teammates. In Karasuno, following Miya's goading, Kageyama finds himself slipping back into his old ways. He ends up taking his frustrations and criticisms out on his teammates, and while he caught himself, he assumed it was too late.

However, Hinata is not one to take Kageyama's verbal abuse lying down. He's always ready to fight with his friend and teammate, and to Hinata, this slide backward was just another example. Karasuno makes it clear that it's not Kageyama's drive that bothers them, but how he uses his words. The team reminds him of that and challenges him. He may have talent, but he's not intimidating to the rest of them. They remind Kageyama of his place but also remind him that he has a place, that if he watches himself, he's not alone. 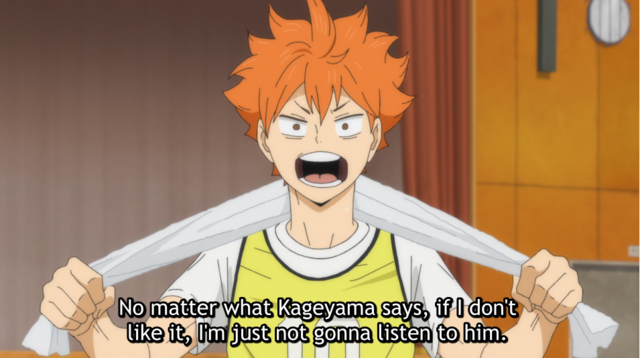 Kageyama isn't alone in this; there's also Tendou from Shiratorizawa. When he was young, Tendou was always seen as strange, both in personality and playstyle. Indeed, this isn’t exactly incorrect; Tendou is a little out there, and his blocking style is very nontraditional. Instead of blocking more traditionally, Tendou uses his instinct, which is very high-risk, high-reward. This isn’t really something that can be honed or trained. For any coach, Tendou must have been frustrating. It's hard to explain intuition in general, much less intuition as a valid strategy. 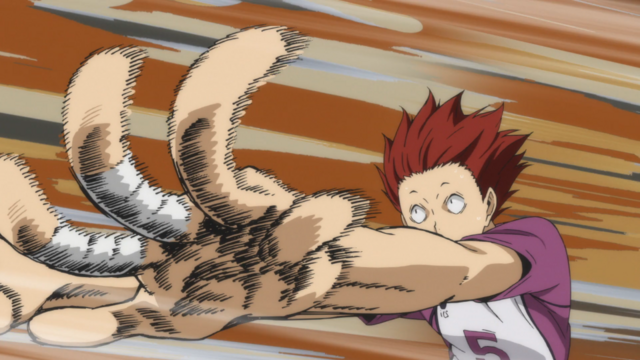 Shiratorizawa’s moniker is simple: power over all. Even if it’s unconventional, if it consistently gets results and (most importantly) supports the ace Ushijima, then Shiratorizawa will accept it. In the end, Tendou forms the defensive core of Shiratorizawa and is one of the biggest threats in a team of threats. Tendou felt constrained, weird and uncomfortable in his childhood. Granted, that hasn't gone away: he definitely plays up his eccentricities and people still find him unnerving, but he's found a place with the core members of the team. Tendou feels comfortable enough to be himself, play well, and go wild.

Kenma is an oddity in the sport because he doesn’t seem like he wants to be there, at least initially. Lacking in energy, Kenma doesn’t have the vitality of Hinata or Lev, or a deep passion for the sport like Oikawa. He is not a sports genius, and he doesn’t really see it as something that he needs to throw his all into. To Kenma, volleyball is just another game, and while he doesn’t dislike it, he’s not incredibly into it either. His best friend Kuroo does, and Kuroo recognizes Kenma’s inner talent. 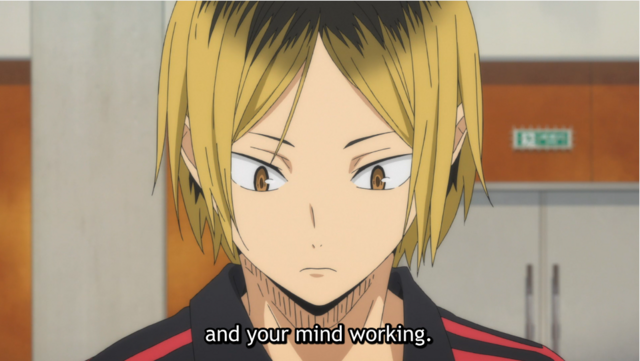 Kuroo manages to bring out Kenma’s best by centering Nekoma gameplay around him, bringing out Kenma’s sharp talent for strategy. Kenma may not have high endurance or hard-hitting abilities, but he has an exceptional wit and a keen eye. He is able to analyze things quickly, and being the setter, he can orchestrate his teammates into making his tactics a reality. Nekoma didn't just accept Kenma—they made him into their very core. He is their brain, and it's hard to imagine how Nekoma would function without him. Other teams would have likely kept Kenma on the bench, and he would have accepted it, but here he can flourish.

Sometimes, that trust comes together brilliantly. When facing off against Shiratorizawa, there couldn't be a single weak link in Karasuno's defense. Ushijima is a powerhouse unlike anything they've ever faced before, and it isn't easy to stop him. Even when Tsukishima and Nishinoya pull out the stops, Ushijima is still very much a threat. If a single person on the team was lagging behind, if they didn't have communication, then their chances for victory would be slim to none. Karasuno in its final moments of the match nearly falters to Ushijima's brute strength, but their trust, drive for victory, and their combination of unique skills is what pushes Shiratorizawa back in the end. Had Karasuno not been a cohesive unit—despite their individual talents or frustrations with each other in the moment—it's hard to imagine them clawing their way to victory. 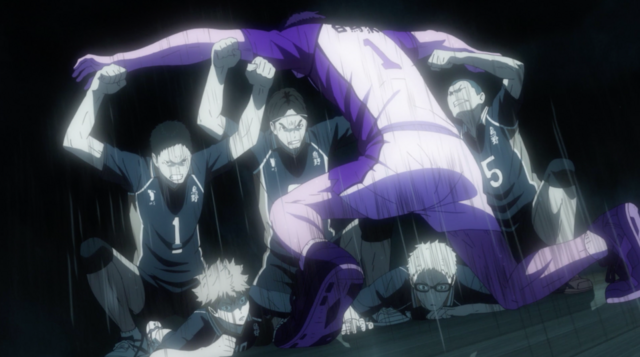 Certainly, innate talent and hard work are extremely valuable for any sport. It's hard to imagine a team going far if they don't have people who are not only committed, but have a knack for them as well. At the same time, hard work and talent don't exist in a vacuum. In a team sport, the individual matters, but the individual in context with the rest of the team matters a large amount as well. Haikyu!! does a great job in showing that the team isn't just an important part of the sport, but of individual growth as well. Sometimes you need the right people and the right environment to bloom in. Even if it's rocky and you might have to work around someone's individual faults or odd traits, if the right people are helping and challenging you, then any player can bloom.

Which character do you think has been boosted by their team significantly? Can you come up with any on your own? Let us know in the comments!