Celebrate St. Patrick's Day with a small series of snake-based anime characters of all shapes and sizes! 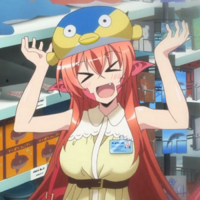 March 17 is St. Patrick's Day, a holiday celebrating the patron saint of Ireland in Catholicism, but in the United States at least, it's often used as an excuse to wear green in public, to pinch people for not wearing green in public, and to celebrate a general feeling of Irish-ness through merry-making and the imbibing of a few adult beverages that may or may not be more potent than a McDonald's Shamrock Shake.

According to legend, Saint Patrick was responsible for banishing all of the snakes from the isle of Ireland, and so this St. Patrick's Day, we here at Crunchyroll decided to present a humble list of sinful serpent and serpent-inspired anime characters that a modern day Saint Patrick might have to contend with, should he find himself spirited away into the world of Japanese animation.

And so, in Wikipedia order, here's a list of "Seven Sinful Anime Serpents for Saint Patrick to Shoo": 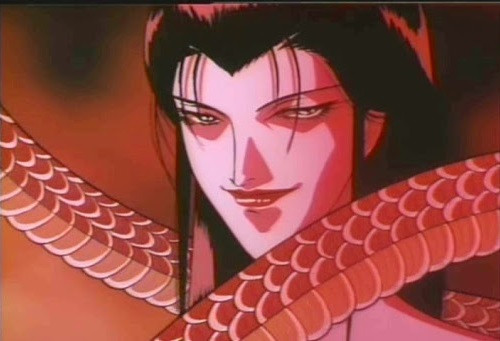 Just like the rogue samurai Jubei Kibagami, the protagonist of Ninja Scroll, Saint Patrick is unlikely to be swayed by the sins of the flesh. As a result, Benisato's hypnotic, animated snake tattoos would likely prove ineffective, and the numerous snakes that she controls telepathically (and hides within her body) would find themselves banished post-haste. 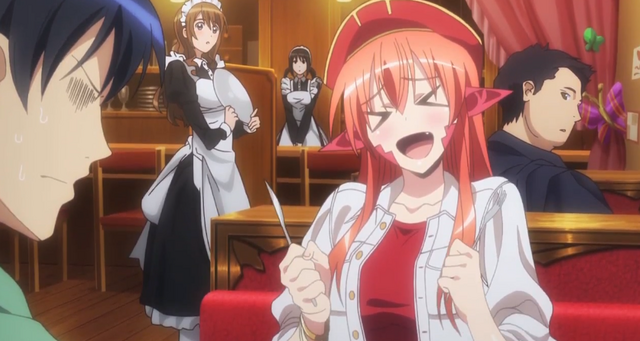 A lamia sent by her tribe to find a communal husband, despite her numerous appetites for food, warmth, and physical affection, Miia only has eyes for her darling, Kimihito Kurusu. With Kimihito present, she would be easily distracted and thus easily banished by Saint Patrick. Saint Patrick would probably feel bad about shooing Miia away, though, because despite being cold-blooded she's a good girl with a warm heart. 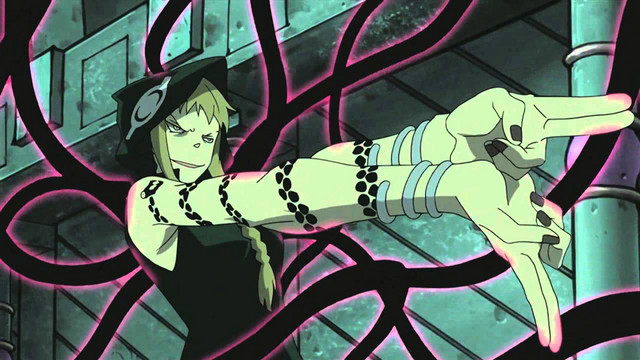 Presenting the first real challenge in this hypothetical serpent-shooing scenario, Medusa Gorgon from Soul Eater is a powerful witch who wields vector-based magic and has no qualms about manipulating everyone around her—including her own child—in her never-ending quest for greater and greater power. However, Saint Patrick has the power of God and anime on his side, so the victory would go to him, and Medusa would be kicked out faster than you can say “Nake Snake Cobra Cobra.” 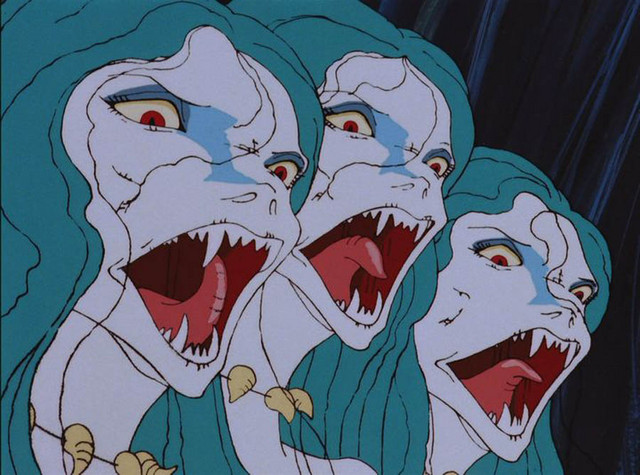 In the original Vampire Hunter D film, these three lanky, long-necked lasses loved nothing more than laziness when they rendered the titular protagonist immobile with an embrace from their coily bodies, then proceeded to drain the life energy from him. Saint Patrick is too hard-working to fall for this stunt, so into the snake-pit they would go. 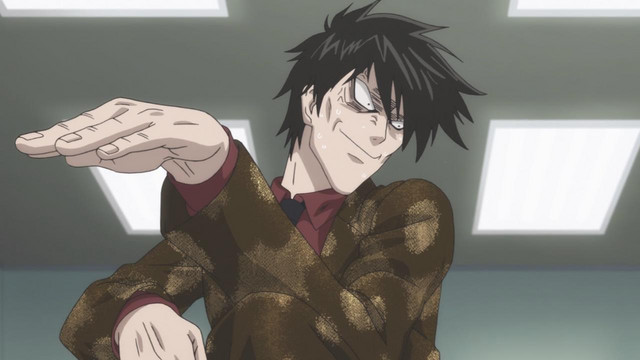 A master of the “Snake-bite Fist” martial arts style, Snek was apparently not attending the dojo on the days that they taught the lessons about calmness and self-restraint, and so this temperamental Class-A Rank 38 hero dedicates entirely too much time to trying to crush rookie heroes in order to maintain his rank and reputation. Saint Patrick would likely deliver a stern lecture about the dangers of being ruled by anger, and Snek would be humbled into submission. 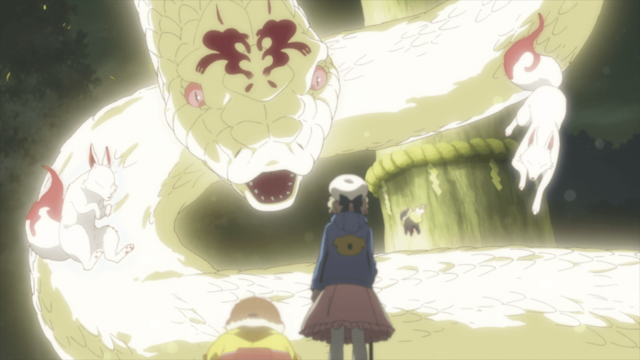 The Guardian Serpent from In/Spectre

The mountain-deity equivalent of that one friend at the party who has to nitpick every little detail, hyper-analyze every story, and litigate every joke, the Guardian Serpent really just wants someone to pay attention to it constantly and listen to its endless list of grievances and complaints. While Kotoko managed to console it with a well-spun and convincing lie, Saint Patrick doesn't have time for this big albino spirit-snake's drama, and so the Guardian Serpent has a serious shoo-ing in its future. 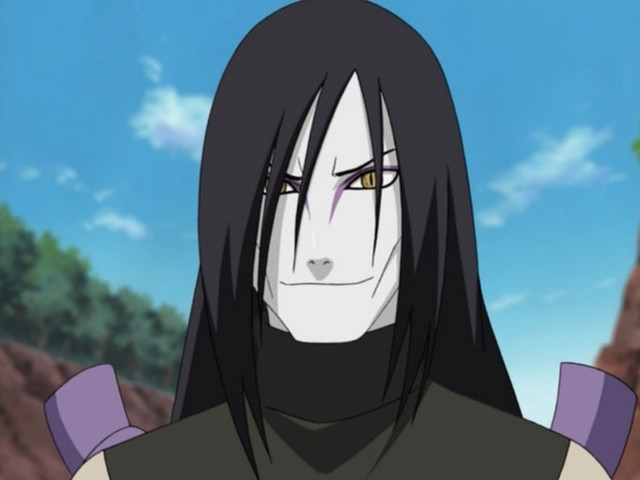 Let's be real: Saint Patrick may be a holy man, but Orochimaru is basically the Devil incarnate, and no amount of faith, good will, or clever clover-based allegory is likely to hold up against a ninja master who can spew snakes from his mouth, only for those snakes to spew swords from their mouths. Orochimaru is a nesting doll of nefariousness, and so even though he's extremely prideful and “pride goeth before the Fall”, I have to hand this contest to the snakey shinobu whom everyone loves to hate. 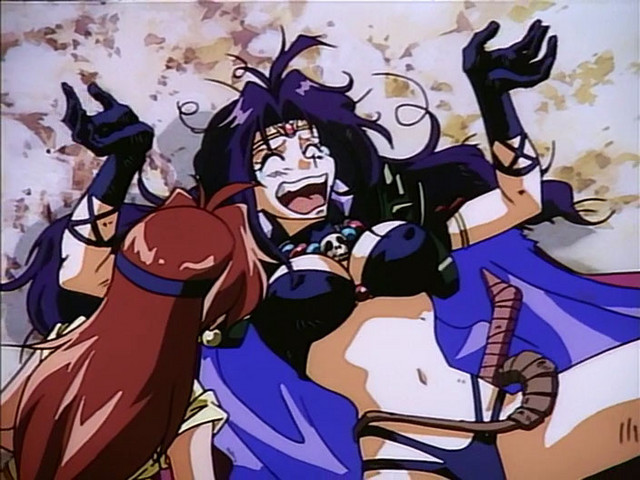 BONUS ROUND! Naga the White Serpent from Slayers

The erstwhile partner / rival of “Dragon Spooker” Lina Inverse, Naga the White Serpent is not particularly sinful, unless you count being both very dumb and extremely “extra” as cardinal sins. Despite her mastery of the sorcerous arts, Naga is more likely to blow herself up with an ill-placed fire spell or poke herself in the cheeks with her spikey shoulder armor, so Saint Patrick wouldn't even really have to take any extra effort to banish her. 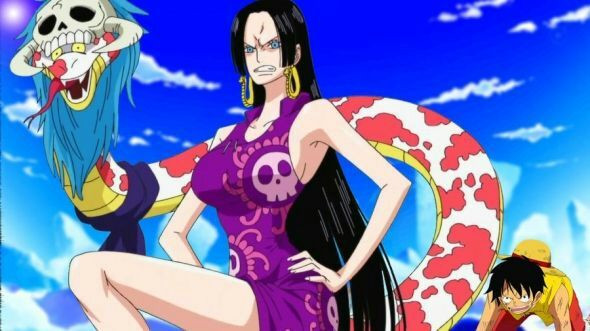 And there you have it, a collection of snakey anime characters perfect to lighten the mood a little on St. Patrick's Day. Are there any other serpent-themed characters you think ought to be booped in the snoot by the patron saint of Ireland? Did your favorite snake make the list? Let us know in the comments section below!