When strange invaders appear, call in the Air Force. No, not that Air Force. The other Air Force. 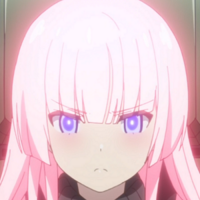 It's hard to enjoy anime when you've got a bogey on your six, but don't let the fear of missing out dissuade you, because despite the hectic pace of anime production schedules, there's always time to go back and enjoy series from the recent past. That's the goal of the Winter 2019 Rewind by "Cruising the Crunchy-Catalog".

This week, we'll be your wingman with a look at a series that is one part military science fiction, one part high-flying action, and one part gooey moe harem romantic comedy, so suit up and prepare to take off with Girly Air Force. 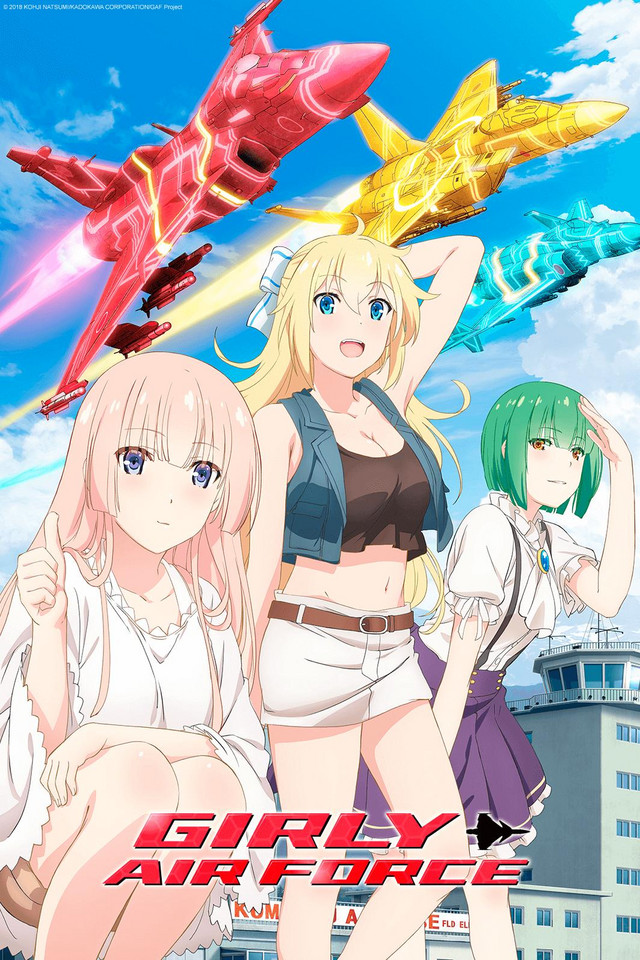 Based on the series of light novels written by Koji Natsumi and illustrated by Asagi Tosaka, Girly Air Force is a 2019 TV anime with direction by Katsumi Ono and animation production by Satelight. Crunchyroll describes the story of the series as follows:

Mysterious flying creatures called Xi suddenly appear and overwhelm all of mankind's aerial combat forces. To fight them, mankind modifies existing aircraft frames to create mechanized soldiers called "Daughters," which are operated by automated piloting mechanisms called "Anima" that have the appearance of human girls. The story begins when Narutani Kei, a boy who yearns to take to the skies, encounters a shining red aircraft and its pilot, an Anima named Gripen who has been named mankind's trump card.

From that description, you might expect that Girly Air Force is primarily a work of serious-minded military science fiction, but you might be pleasantly surprised to discover that the series also contains elements of harem-style romantic comedy as well as a rather biting and cynical sense of humor. 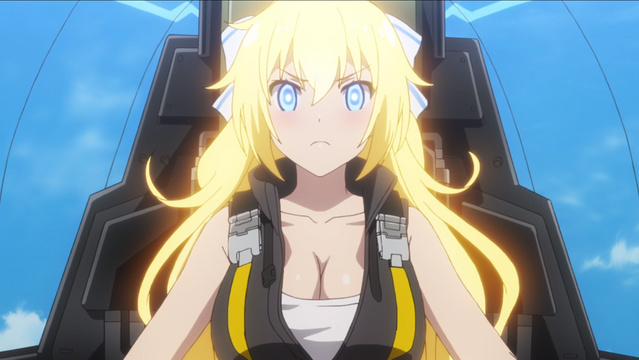 One reason that Girly Air Force works as well as it does is that the series doesn't waste any time getting to the nitty-gritty. It establishes the stakes and introduces the main premise immediately, kicking off with a pitched battle on the high seas with the Xi attacking a caravan of refugee ships. The harem rom-com shenanigans begin shortly thereafter.

Mixing high concept military science fiction action with cuteness and comedy could easily cause tonal whiplash, but Girly Air Force is so up-front and earnest about its goals—and the pacing is so sharp and on-point—that these seemingly contradictory tones blend into an easy-to-watch and entertaining whole. 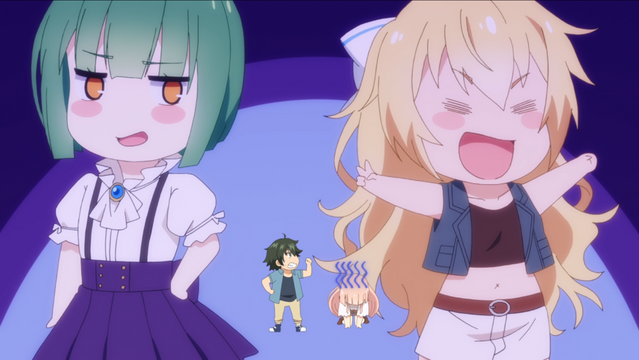 Girly Air Force maintains its whip-crack pacing throughout, and unlike a lot of light novel to anime adaptations, it doesn't get bogged down in expository dialog nor does it attempt to over-explain the rules and lore of its setting. Instead, it dives right into its cast of idiosyncratic characters, allowing the moe to speak for itself.

The protagonist, Kei Narutani, starts off as a typical gormless "Potato-kun", but he's soon surrounded by love interests with more vibrant personalities, such as his scatter-brained partner, Gripen, and Minghua, his long-suffering childhood friend who not-so-secretly has a crush on him. My favorite character is Haruka Yashirodori, the scientist who is responsible for over-seeing the growth and development of the Anima project and who has zero patience for all of this love-struck, adolescent nonsense. 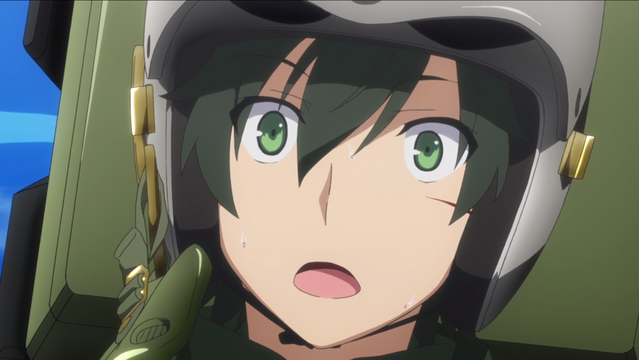 Toward the final third of the series, the plot of Girly Air Force pivots to incorporate elements of psychological horror and quantum weirdness, in the process exploring hallucinatory spaces and hinting that the origins and motivations of the Xi are not what they initially appear to be. It's an unexpected and surprisingly effective twist, and it gives Girly Air Force a richer texture than what might otherwise be expected from a show about girls who are also jet fighter planes. 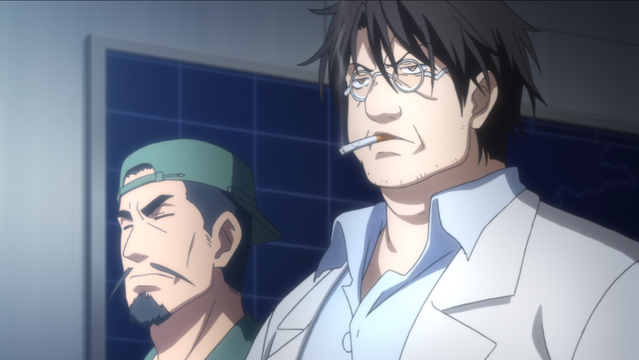 Crunchyroll currently streams Girly Air Force in 206 territories worldwide. The series is available in the original Japanese language with subtitles in English, Spanish, Latin American Spanish, French, Portuguese, Arabic, Italian, German, and Russian. There's currently no official U.S. home video release for the series, so what you stream is what you get.

A mixture of military otakudom, moe romantic comedy, and high-concept science fiction, Girly Air Force may not appeal to all viewers, but if you're in the mood for a surprisingly funny series with tons of high-flying action sequences—and if the series is available in your area—then you should definitely give Girly Air Force a try. 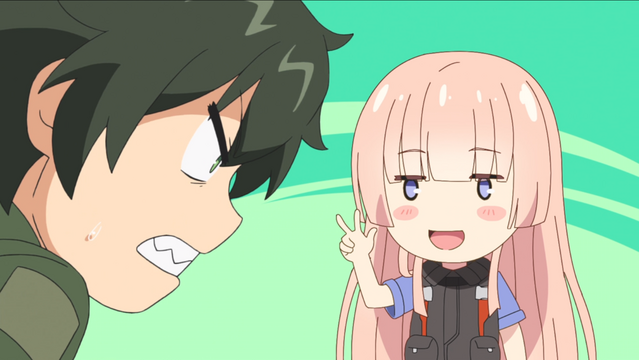 Thanks for joining us for the final entry in the Winter 2019 Rewind by "Cruising the Crunchy-Catalog". Although our look back at the previous Winter season is over, hope springs eternal, so be sure to join us next time when we kick off the Spring 2019 Renewal with a show about a shy but determined girl plotting to make friends as efficiently as possible.