Your effort is extremely appreciated 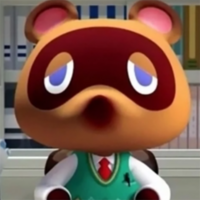 One of the best parts of the weekend has been watching people on Twitter share their awesome (and often wonderfully ridiculous) islands from Animal Crossing: New Horizons. Now, I'm not playing the game myself (As much as I love the look and atmosphere of the games, I just can't get very involved with them. My preferred style of gaming either includes Pikachu or me pressing X a bunch while Batman beats up, like, 90 dudes), the second hand glee that y'all's posts are giving me is great. 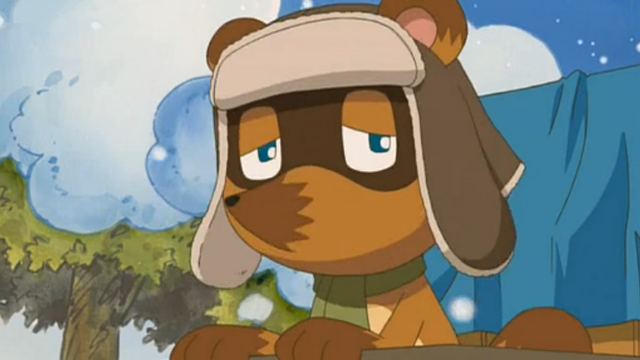 First off, here's a room dedicated entirely to Sanj...I mean Sango....I mean Soba Mask. If you've watched the latest One Piece episode, you've seen the amount of fanboying over this glorious hero that goes on, so I imagine this might be an accurate depiction of what Usopp's room looks like right now.

There's also no shortage of Dragon Ball designs being created. More Goku has literally never been a bad thing.

You better BELIEVE that Naruto fans have also taken the time to show off their skills. Every village needs a ninja.

Me and my #AnimalCrossing #ACNH character are Akatsuki members ???? #naruto #Animalcrossingnewhorizons pic.twitter.com/6NQoxsgd7M

They should feel right at home, since, apparently, most of the villagers do the Naruto run anyway.

WHY ARE MY VILLAGERS DOING THE NARUTO RUN #AnimalCrossing #ACNH #NintendoSwitch pic.twitter.com/PVK1udmj8h

Did y'all hear the new Bleach news? Yeah, the anime comes back next year. But in even bigger news, Tite Kubo recently revealed that he plays Animal Crossing.

I made a robe for my favorite Bleach character Toshiro <3 pic.twitter.com/YMH1Hv90ly

Some Animal Crossing players are feeling easy breezy, and have decided to emblazon their island with characters and images from Keep Your Hands Off Eizouken!

Made canvas prints for one of my favorite shows! @e8144 #AnimalCrossing #ACNH #Eizouken_anime pic.twitter.com/k3R3OzCnch

There's even some Haikyu!! designs. You know, maybe my friends are right when they tell me this is the best game ever made.

I’m so happy with how Animal Crossing came out. I’ve been re-watching Haikyu and I was inspired to create Kageyama’s Jersey on here. @animalcrossing pic.twitter.com/zYPsrS097s

Wait, Surprised Pikachu art? You know what? I was wrong. Nintendo, take my money.

Have you seen any cool anime-inspired Animal Crossing designs? Let me know in the comments!