Why In/Spectre's Kotoko Would Be the Perfect Lawyer

From helping yokai to conducting trials 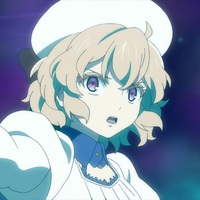 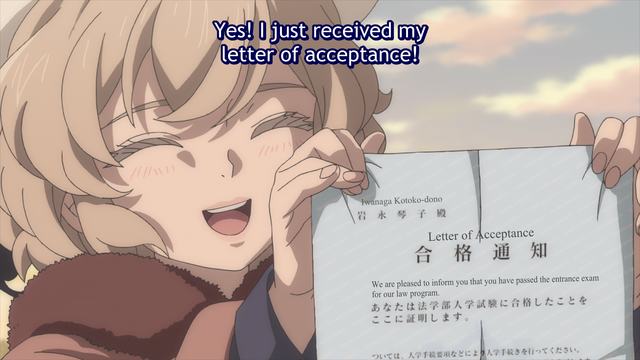 In a blink-and-you-miss-it aside a few episodes back, In/Spectre dropped an interesting tidbit: Kotoko got accepted into law school. Now, as a law student myself, I can say with certainty that the same skills that make her such a good goddess of wisdom will also make her a great lawyer. While she may be studying Japanese law and not the American law I know, she has certain skills that are essential to practicing any kind of law. Let’s take a look.

First off, being a goddess of wisdom requires the same kind of creativity as practicing law. At a basic level, practicing law is the art of taking a bunch of convoluted and arbitrary rules (AKA the law) and figuring out how they apply to a given situation. As the lawyer, you can’t change what the law says or what the facts of your case are, but what you can do is connect the two in new and clever ways, which is what Kotoko often has to do for the supernatural beings she helps. 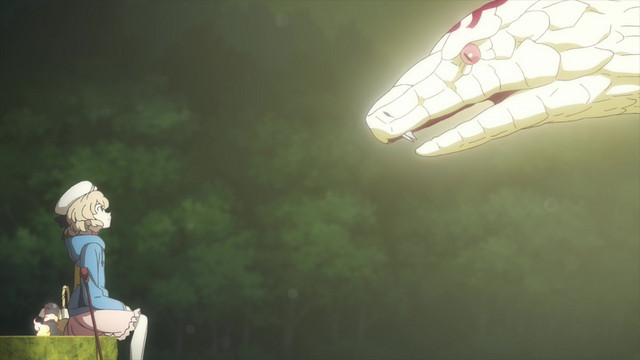 Take her work with the snake spirit, for example. The situation wasn’t going to change at all; the body had been dumped, the perpetrator had confessed, and the snake spirit saw what it saw. Those are the facts she has to work with, the “law” being the spirit’s assumptions about what everything means. Kotoko’s task is to take those assumptions, and use all of the details she has to weave a narrative that satisfies the spirit without running afoul of any of its assumptions about human behavior.

The key here is that Kotoko’s ultimate answer doesn’t have to be the truth so long as she can convince the spirit. A lawyer’s job isn’t to reach the truth as much as it is to make the best possible case for your side. By quickly adapting to each of the snake’s objections, Kotoko proves she has the same flexibility and ability to reframe facts that any good trial lawyer needs. Of course, one thing this situation lacks is a real opponent, which is where the Steel Lady Nanase investigation comes into play. 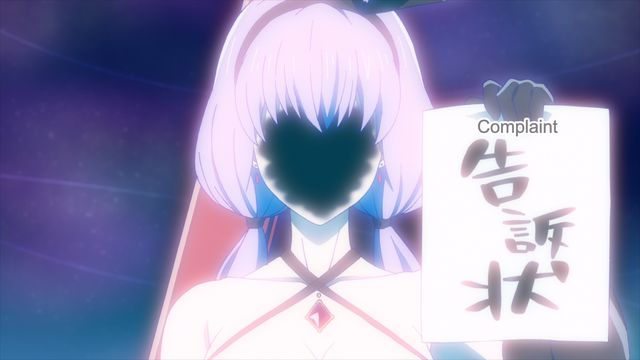 Gathering information is a crucial part of being a lawyer, whether it’s legal research or investigating what happened in your case. You have a client, true, but much like the yokai who initially asked Kotoko for help, your client might not know everything you need for trial. Kotoko went into this investigation not knowing much beyond rumors, but was able to combine her knowledge of the supernatural with what she learned from researching Nanase and speaking to the ghost. True, you don’t usually have to perform a dance number to talk to a witness, but magical rituals like that aren’t any more complicated than learning civil procedure (and are certainly no less arbitrary). And once that’s out of the way, Kotoko can proceed to the finale: her “trial” against Rikka to stop Steel Lady Nanase.

Kotoko compares it to a board meeting, but her showdown with Rikka can just as easily be compared to a trial. You have Rikka, the prosecutor, who’s already made her case for Nanase’s existence, and now Kotoko, the defense, has to sow doubt about that, with both of them arguing in front of a group of random strangers, also known as a jury (just a slightly larger one this time). Notably, Kotoko doesn’t have to convince them that any one narrative is true so long as she gets them to the underlying conclusion. It’s not all that different from a criminal trial, where the defense’s only goal is to raise doubt about the prosecutor’s case. While defense lawyers can’t outright lie like Kotoko does, they can certainly argue that an alternative is possible, which is sometimes all you need to do. 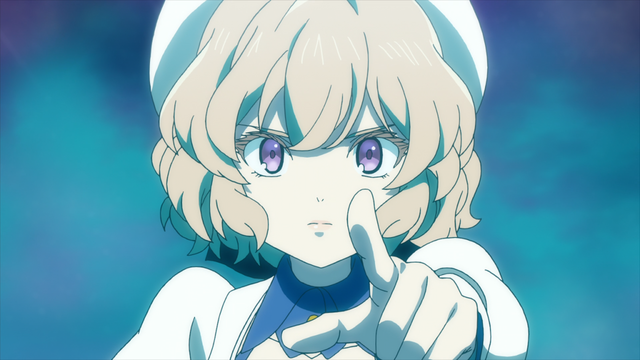 The reason Kotoko comes up with four possible narratives is precisely that: she just needs to make some of Nanase’s fans start doubting her (or at least doubting Rikka’s narrative). If some of them believe story A and some believe story B, that still weakens Rikka’s version of the events enough to get rid of Nanase.

One of the keys to running a “trial” like this is to stay quick on your feet and never grow too attached to one method of attack, which Kotoko excels at. She intentionally prepares four arguments beforehand and goes in knowing both their strengths and their weaknesses. She knows that some people might not react well to each, which matches another tenant of trial work: the only time you ask a question you don’t know the answer to is when the answer doesn’t matter. It doesn’t matter if each story has its detractors so long as all four together are enough. Only, Kotoko goes beyond that.

By laying foundations, getting her jury to see certain facts her way, she’s able to lead them to her fourth solution: that Nanase Karin is alive. She doesn’t even need to outright tell them at first. Like any smart lawyer, Kotoko lays the breadcrumbs and leads her jury in the direction she wants, but lets them make the final leap to the conclusion. As soon as the wiki users start presenting their own arguments for why Steel Lady Nanase doesn’t exist, it’s as good as over. Once the jury’s on your side and making your arguments for you, you’ve all but won. And indeed, Rikka’s out of options to counter Kotoko’s version of events, leaving Nanase helpless. 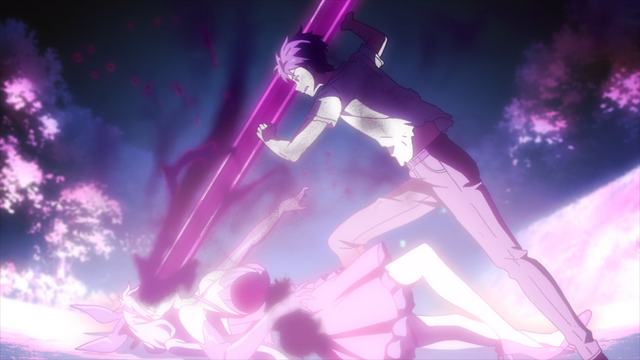 This kind of creativity, ability to play around with rules, and skill at playing to an audience are all things that a great trial lawyer needs. Law is as much an art as a science, and it takes more than just knowing the rules to be a great lawyer. Goddess of wisdom to lawyer might not be the most common career path, but Kotoko also isn’t the most common of people. With her skills, I have no doubt that she’ll make a great lawyer!

What do you think? Would you let Kotoko represent you in court? Let us know in the comments and don't forget to watch In/Spectre every Saturday!