Bookworm is back with season 2! How do Main and company kick off the season? 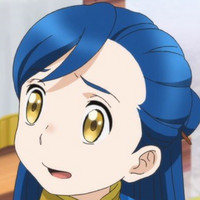 Hello and welcome to the first recap for season two of Ascendance of a Bookworm. Each week, we’ll go through the latest episode of the show and give a quick summary of what’s happening. Any developments in the plot, characters, new technological advances, and so on.

Before we truly begin, though, let's go over a quick recap of the first season to catch everyone up to speed. Motosu Urano was a librarian who really liked reading all kinds of books, and then one day was crushed when a full shelf fell on her. She woke up as Main, a 5-year-old girl in a world where books are extremely rare and pretty much only available to the rich and those working for the church.

Be warned, there are spoilers for Ascendance of a Bookworm Season 1 and Part 2 Episode 1, "Apprentice Priestess," ahead. 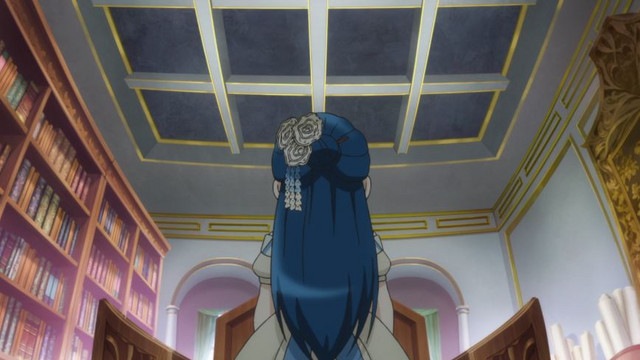 Luckily, she retained her memories from her original world and so is able to devise a plan. If she can’t realistically read any books, then she’ll make them, instead. This leads to her trying out different methods from various ancient civilizations, all while working around the fact that, as a young child with a constitution so weak she can barely walk around outside, no one is willing to seriously listen to her ideas.

Along the way, she also tries out other ideas to help out, such as making a shampoo to help when her hair feels like sandpaper, and a hair ornament for her sister Turi’s baptism. The former gets the attention of a local merchant, who begins financing her attempt to make and sell paper; while the latter is something the merchant guild master was looking for as a present for his granddaughter.

It turns out the guildmaster’s granddaughter has the same illness as Main, which had been causing her to pass out when she exerts herself and become bedridden for days on end with a high fever. The illness is called the Devouring, and is essentially a person having an excess of mana slowly killing them. The only way to stave off the Devouring is to have a supply of expensive magic items, which is effectively a death sentence for a struggling family like Main’s. 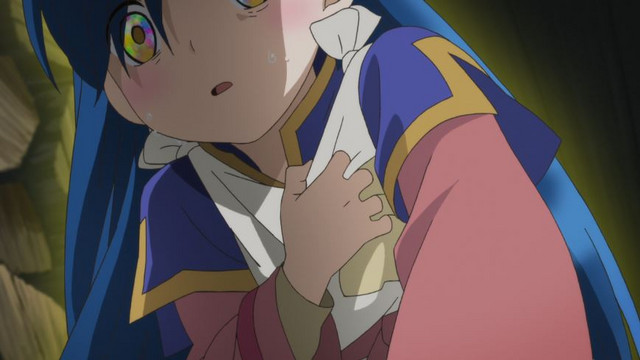 At the end of the season, Main discovers that the church can supply her with both the magic items and a library, and manages to convince the High Priest (by using “the Crushing,” which is the mana from the Devouring used to crush one’s opponents) to take her on as a blue-robed apprentice rather than grey-robed, meaning she will be treated akin to nobility, and to let her continue living at home. 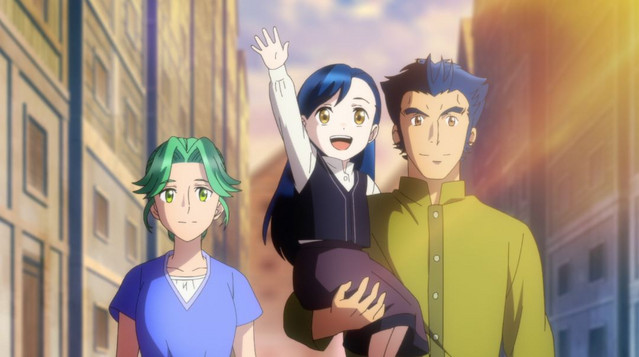 In episode one, we get some recapping of the final episode of season one, where Main was accepted into the Church as a blue robe, but with some more details as the High Priest learned more about Main’s specific situation. Namely that Lutz would need to walk her to the cathedral every day in case she suddenly passed out, and requesting that Main Studio, where Main and Lutz have been making paper, could stay open. Main even offered that the studio could be staffed by grey-robed apprentices—mainly orphans given manual labor—and that they could be paid or their pay could be donations to the church.

When the High Priest brings up the requests with the Head Priest, he agrees to allow the studio to continue operating since it could serve as a source of income. When they talk about Main’s retainers, they decide on one each from the Head and High Priests, and for the final one the Head Priest decides to give Main the most troublesome grey robe specifically to annoy her as much as possible, clearly showing that he only cares about Main as a source of mana and money. 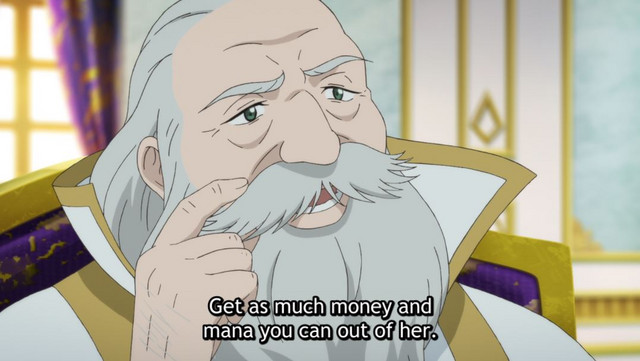 Outside of the Church, there is a subplot brewing. Lutz’s mother mentions to Main that a man was looking for her and knew about her studio when only Benno and guildmaster should’ve known where it was. Then Benno mentions that someone broke into the Merchants Guild recently and that he thought it seemed like a noble’s doing. Finally, Gunther and Otto talk over drinks and the conversation eventually turns to how Main being so talented but frail could lead to her being abducted, and how Gunther is in a position to keep track of any nobles going in or out of the city. 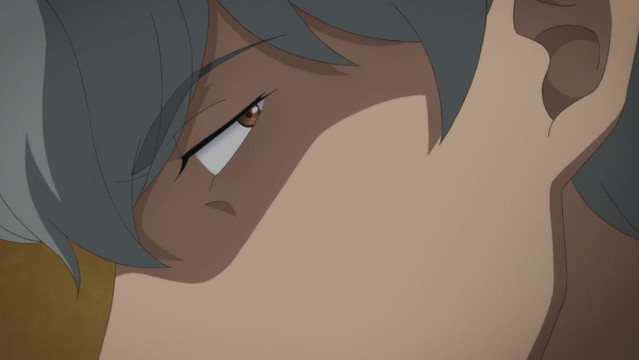 In the meantime, Main teachers Corinna, Otto’s wife, how to make hair ornaments and in doing so sells her hair ornament designs to Benno, Corinna’s brother, for one large and seven small gold pieces.

At the pound cake tasting that was mentioned late in the first season, we get to see how much Main is changing some of the people around her. Benno says that if he doesn’t have access to everything he needs to recreate Main’s baking recipes, he’ll just need to make those things himself, which is exactly the mentality Main had about making paper. 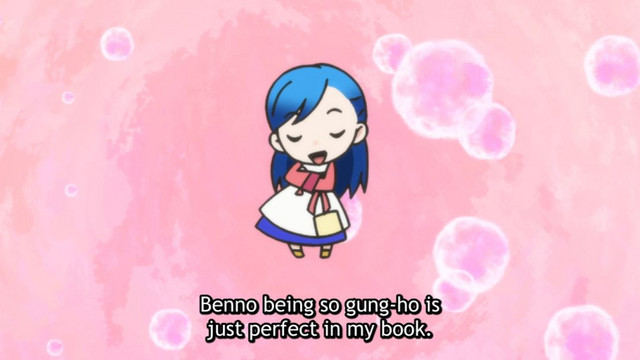 At the cathedral entrance, a grey-robed apprentice is waiting for Main to escort her to see the High Priest. Before any other conversation, we get several indications that Main isn’t necessarily welcome here, as the escort apprentice is walking too fast for her, a church noble insults her, and the various other grey-robed church members glare at her as she passes. When Main meets with the High Priest, she officially becomes an apprentice of the church with an oath taking ceremony.

After the oath, Main is given her robes, her official outfit for the season. The High Priest then introduces her to her three retainers: Fran, the one who met her at the gate; Delia, who is one year older than Main and works for the High Priest; and Gil, the problem child. 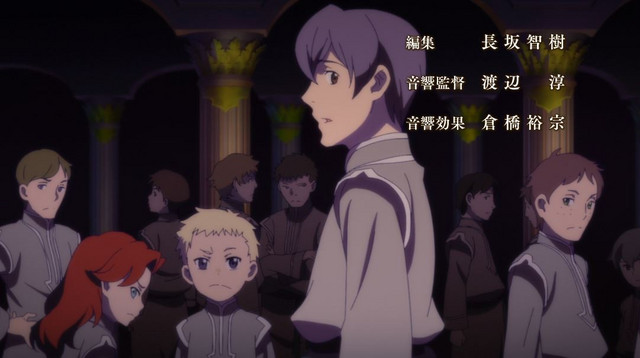 What did you think of the first episode of Ascendance of a Bookworm Part 2? Any thoughts as to where the plot might be going (make sure to keep it spoiler free if you already know!)?

FEATURE: What You Need To Know Before Re:ZERO Season 2, Part 2!