It's great for both new and long-time fans! 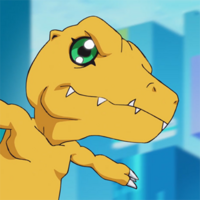 SPOILERS FOR THE FIRST EPISODE OF DIGIMON ADVENTURE: AHEAD

The biggest question concerning any reboot is "Why should this exist?" Go through the reviews and comments on the countless horror movie remakes that we got in the 2000s and the biggest trend is "This didn't really actually have to happen. We already had a good thing once. We don't need a lesser attempt at it." And that's why most remakes fail from the onset. They can have terrible scripts, abominable acting, and cinematography that looks like someone handed a stranger a camera and told them to point it near the chainsaws, but that's all relatively unimportant in the face of "We didn't need this."

That was my biggest fear when starting Digimon Adventure:, a reboot of the classic Digimon Adventure anime. Not that I wouldn't enjoy it. It's Digimon. On some level, the part of my brain that loves monsters and loves watching monsters rumble with each other will appreciate it. But I worried that, deep down, I'd think "Oh, that's nice. Didn't need it, though."

But after watching the debut episode of Digimon Adventure:, I can put those worries to rest. Because this is a reboot that proves why it was necessary with nearly every scene. I adore it already. 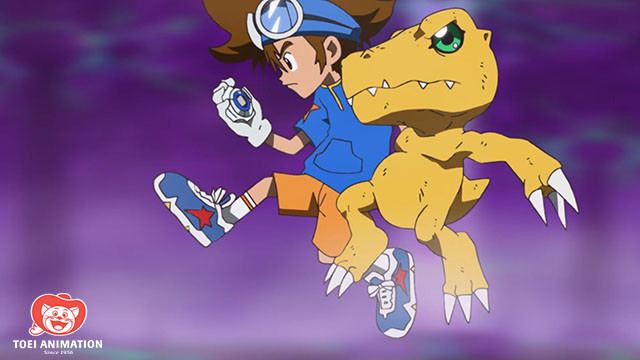 See, the best reboots (John Carpenter's The Thing, David Cronenberg's The Fly, The Coen Bros' True Grit, etc.) tend to not replicate the material that they're based on, but cover it from a new angle. JC's The Thing illuminated the terrible paranoia of being trapped with a shape-shifting alien in Antarctica. DC's The Fly skipped the Atomic Age Creature Feature-ness of the original and went for pure body horror. And the 2010 True Grit stuck closer to Charles Portis' novel than the 1969 version, telling us a story about myth and real life colliding.

Meanwhile, Digimon Adventure: doesn't give us an exact replica of the first episode of Digimon Adventure. Only four of the "DigiDestined" show up, and half of them don't get paired with Digimon yet. The Digital World isn't the lush, techno-forest of the original anime, but rather a more computerized area that seems straight out of the Cyber Sleuth games. The enemy Algomon are quite a bit stranger and less "organic" than Adventure's Kuwagamon. Taichi no longer gets taken off guard at summer camp, but rather gets transported there while attempting to save his mom and sister as they're trapped on a runaway train. Yamato gets a big, dramatic Sasuke-esque introduction here. And Agumon isn't the bashful little lizard bro that he used to be, but rather a more proactive fighter, leaping into action with aplomb.

This, combined with some extremely cool animated flourishes (Agumon evolving into Greymon is truly stunning)... 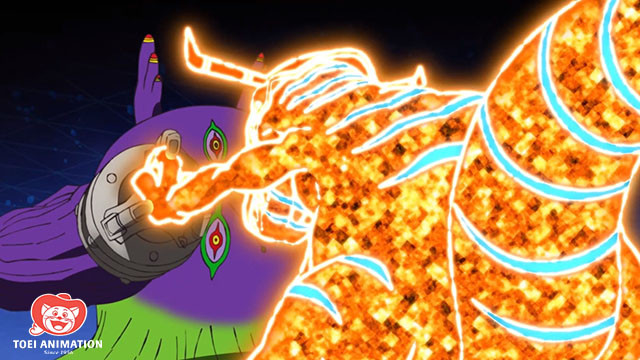 ...and the burgeoning friendship between Taichi and Koushiro (Koushiro seems to play the "computer guy yelling tips from the van" role that you find in some heist movies, which is neat) gives us a very different experience than the one found in the 1999 original. And I think it's because Digimon Adventure: is aware of Digimon's place in pop culture from the start. It's got a little over twenty years of anime history behind it. With its quick pace and relatively lax exposition, Digimon Adventure: understands that it doesn't need to explain all of the things that Digimon Adventure had to, and is thus able to play around with the world a little bit more, while still serving as a suitable entry point for new fans. 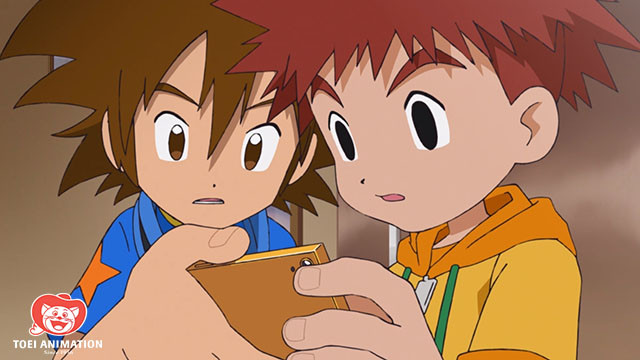 It's kinda like how the MCU Spider-Man doesn't dive too deep into the death of Uncle Ben, and the new Batman takes place a few years after he's gotten started in Gotham and likely won't take us through the demise of Bruce Wayne's parents again. These pieces of pop culture history are burned into our brains through decades of movies and comics and cartoons. We know them just as well as we know the names of the characters. And in a similar way, even if we've never watched any of the series, we sorta know what Digimon are, we know that they transform, and we know that they're not Pikachu.

Starting from this gives writers a whole lot more wiggle room in the story that they're trying to tell as they're not beholden to having to fit in certain events, and it allows them to construct something that is equal parts fresh and familiar, rather than just the latter. It's what keeps a reboot from feeling like it's trying to hit a series of Original Anime Bullet Points and ensures that it's exciting. 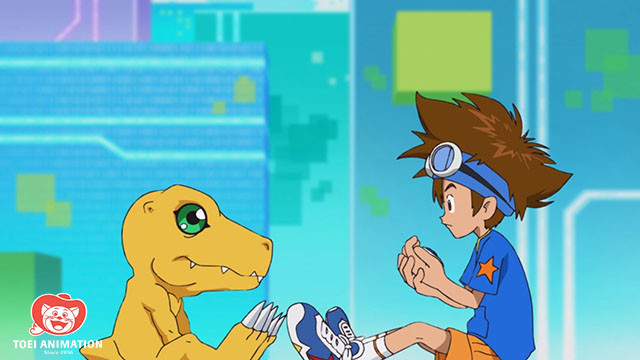 In short, the first episode Digimon Adventure: is not only awesome because of its writing, animation, music, direction and voice acting, but because it's exhilarating no matter how many times you've watched Digimon Adventure (I think my last binge watch makes it...five for me?) It gives us a show that both new fans and long-time ones will be satisfied with, and that's what makes it an excellent, and totally worthwhile reboot.

Did you like the first episode of Digimon Adventure:? What did you think of the new Agumon? Let me know in the comments!

Digimon Is Great In All The Ways Pokémon Isn't